I am developing a tic: every time the word development comes up I start getting totally pissed off. So the converse occurs when I read there is a hiccough in the process and some new planned development has to be postponed. As is the case with road re-structuring now being planned for Higgs Park, the area behind Higgs Beach in Key West. The photo below I took from the parking lot at the Bocce Courts looking north up Atlantic Drive where the new road currently planned will cut inland. Except the county cannot start work for reasons I shall explain further down... 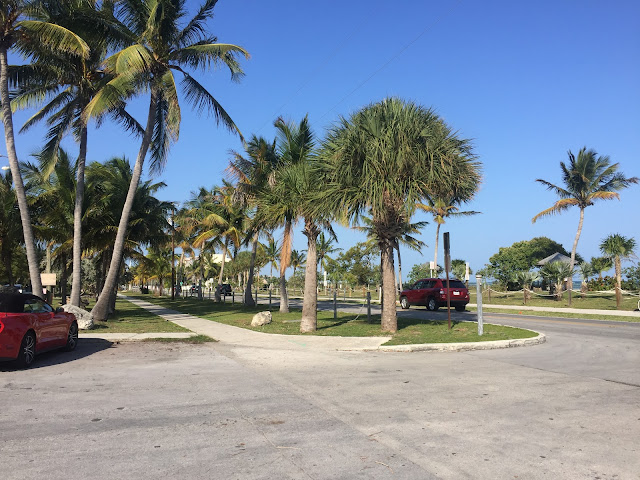 This next photo is 180 degrees now looking west  towards Higgs Park across White Street. Under the county's new plan the road would flow along this line of sight, well away from the waterfront. 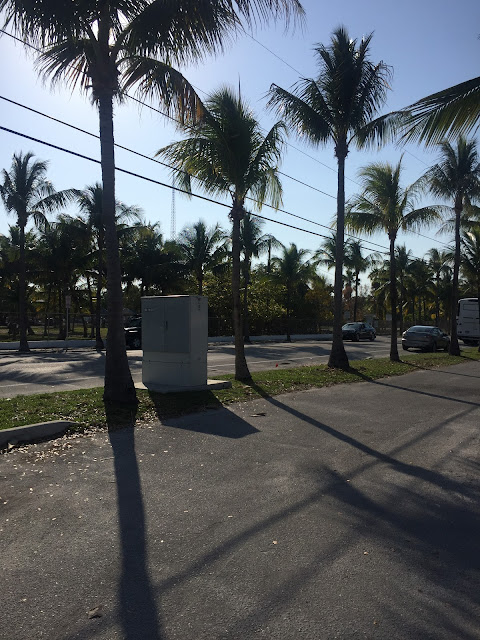 The entrance as currently designed to Higgs Park, the grassy area inland from Higgs beach itself which is approximately where the new road would meander through a whole new set of landscaping. 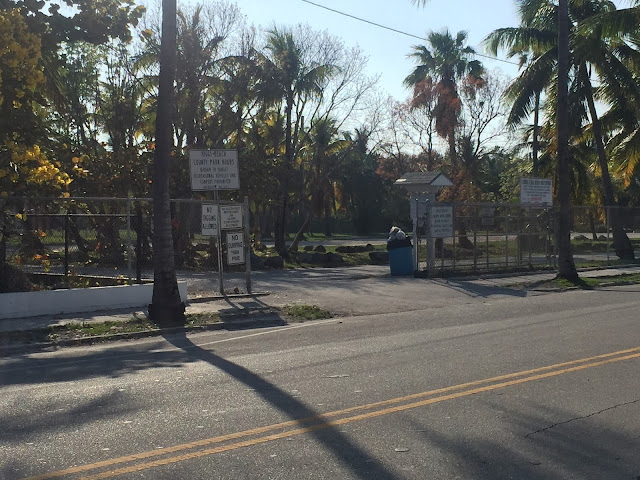 The plan as published in the Key West Citizen looks as shown below. The idea is that by moving the road inland they open up the beach area no longer broken up by the road or the parking lots that currently face the beach. 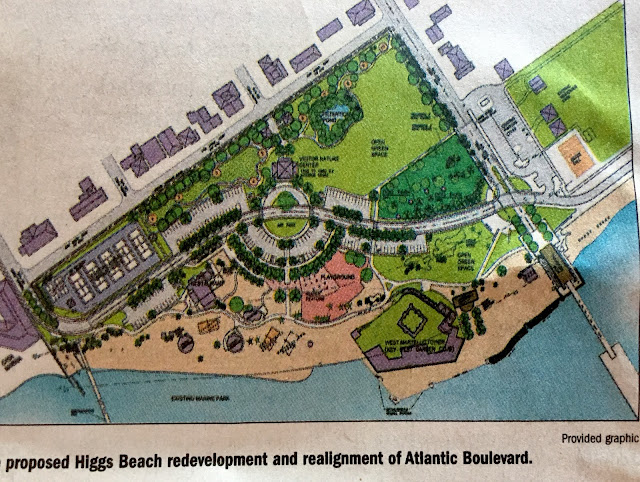 I found this picture from 2015  with Cheyenne looking toward the Casa Marina Resort from Salute: 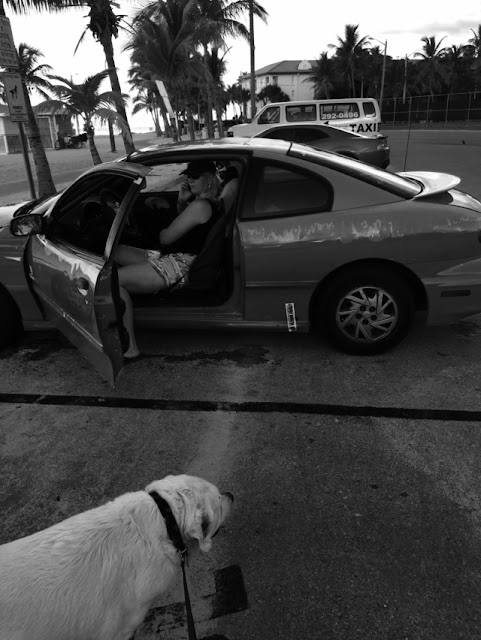 There is a tennis practice wall that presumably would have to go, but there will be a nature center built in the middle of the newly configured park. 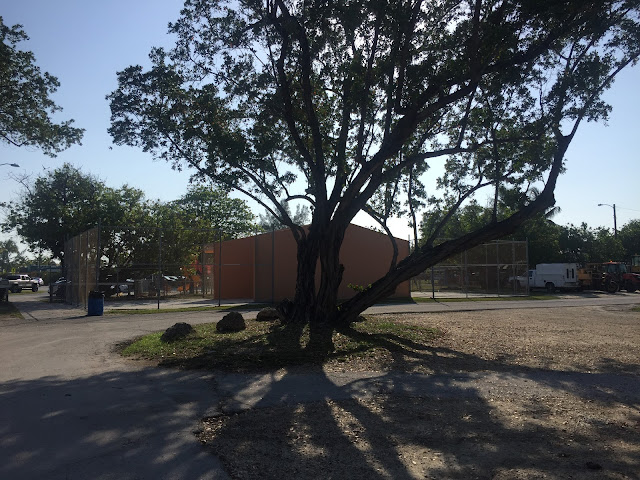 I'm sure the homeless hanging out would not be part of the plan either: 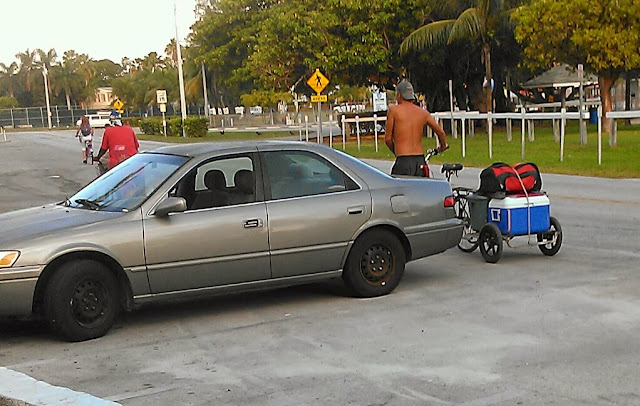 And where there is open space there will be organization and parking and all that stuff. 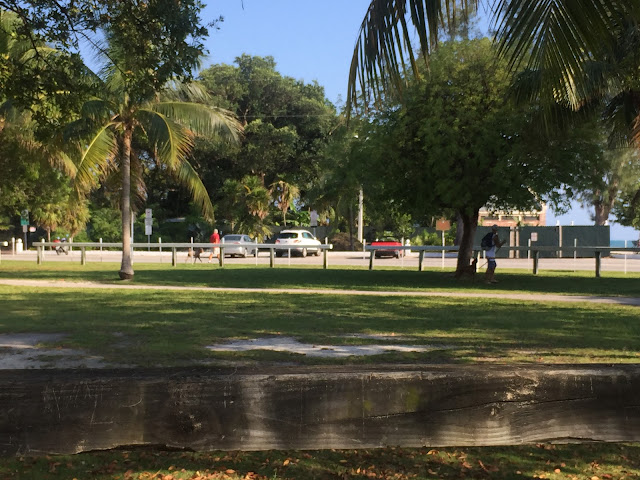 Astro City, the very popular kids playground will be moved to the beach side of the road in the new improved plan. 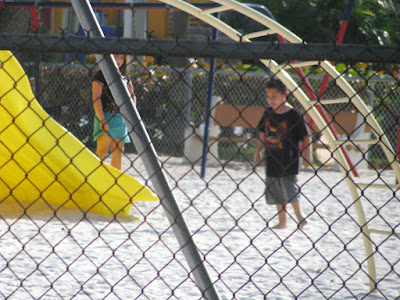 The old aircraft radio beacon will also be removed I suppose which seems overdue if we're being honest. No great loss though the ibis like hunting for food in the pond that forms around it in rainy season... 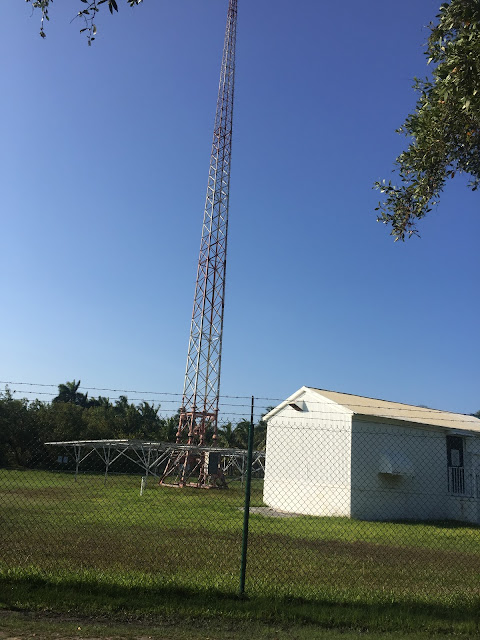 Then there is what happens to the dog parks as they seem sure to shrink under the terms of the new plan. Building the park took a lot of effort when it was proposed and they raised $16,000 from citizens in a fund drive to pay for it. I hope it won't get shrunk when it is moved inland. 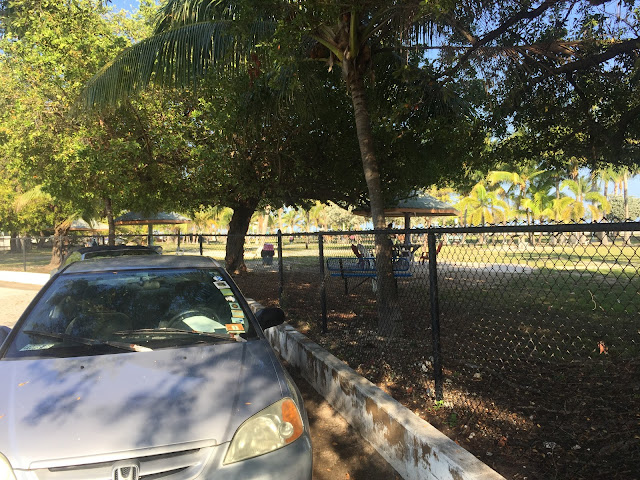 Looking around at the county park I know it''s a bit chaotic but I rather like it that way. I like the grass and the random groves of palms and the feeling of not being in a "proper" city park. Actually the city of Key West has rejected all efforts by Monroe County to hand them the park and this little plot of land on the south shore of the island is firmly county property and their headache. 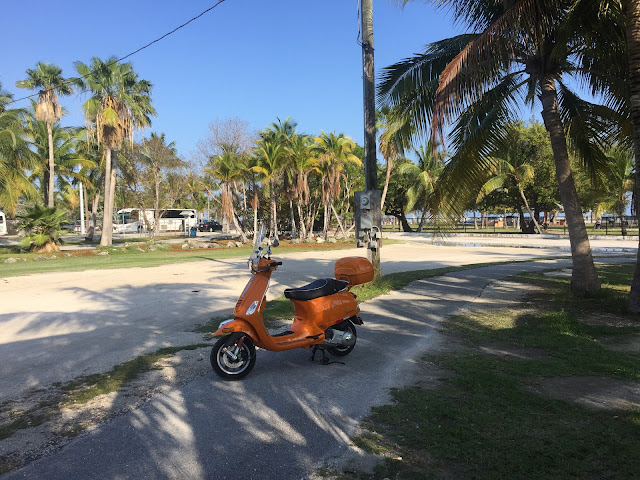 Apparently in 1983 the county took $80,000 in Federal grant money for the park and thereto came attached conditions including the requirement for a Federal Environmental Assessment if any changes were made to the land. It seems the county only just noticed that requirement and now the assessment must be made. They hope it will be done in "one to three " years then let the construction proceed and  at an estimated cost of six and a half million dollars. 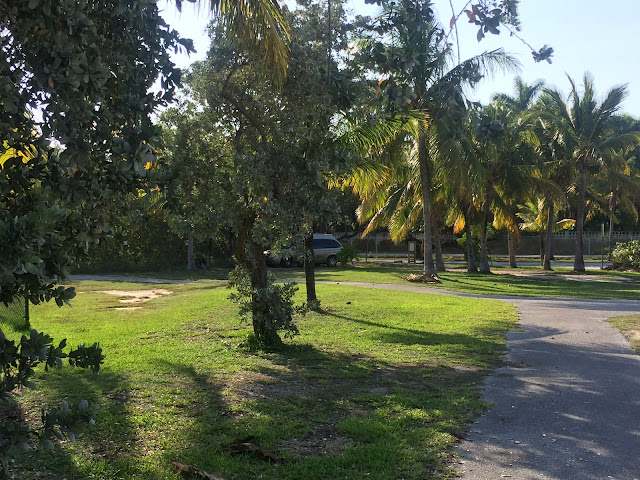 Change is good. And I know this is probably a sensible change long overdue. But everywhere you turn everything is getting modified and cleaned up and stream lined. I wish it weren't. Maybe it will be quite a few more years before the Feds are satisfied...one can only hope.
Posted by Conchscooter at 12:00 AM 3 comments: