I grumble to anyone who will listen, and there aren't many left who care, that y days off are marked by rain and heavy gray skies. Wednesday went exactly that way. Boo hiss. Rusty didn't care, he ran and splashed ahead of me. 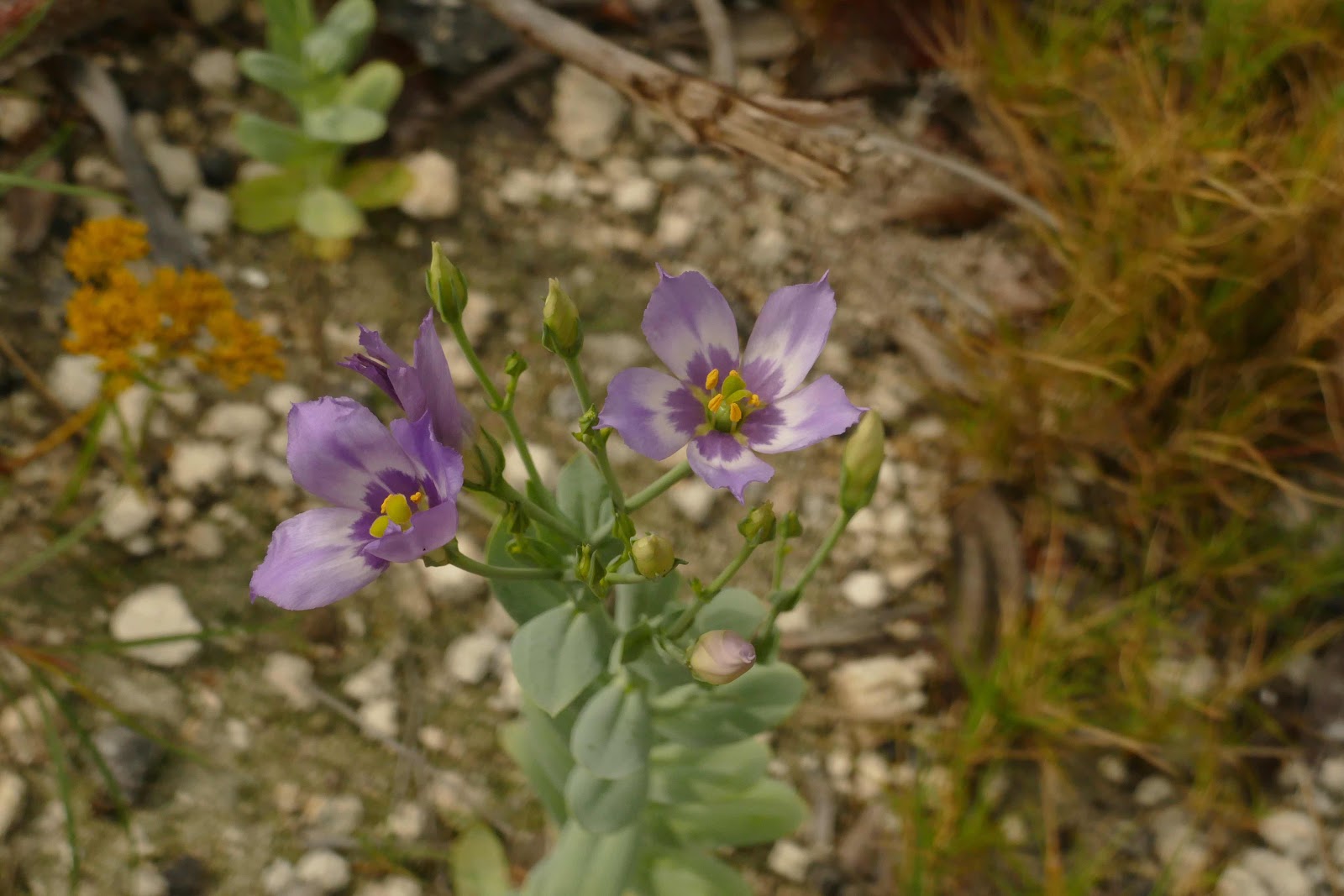 I was surprised to see a tree stump in the path looking like a cow skull. I knew it wasn't anything so esoteric as the hound rushed on by without a second glance. And from there we moved from Georgia O'Keefe to the Henri Cartier Bresson moment, decisively. 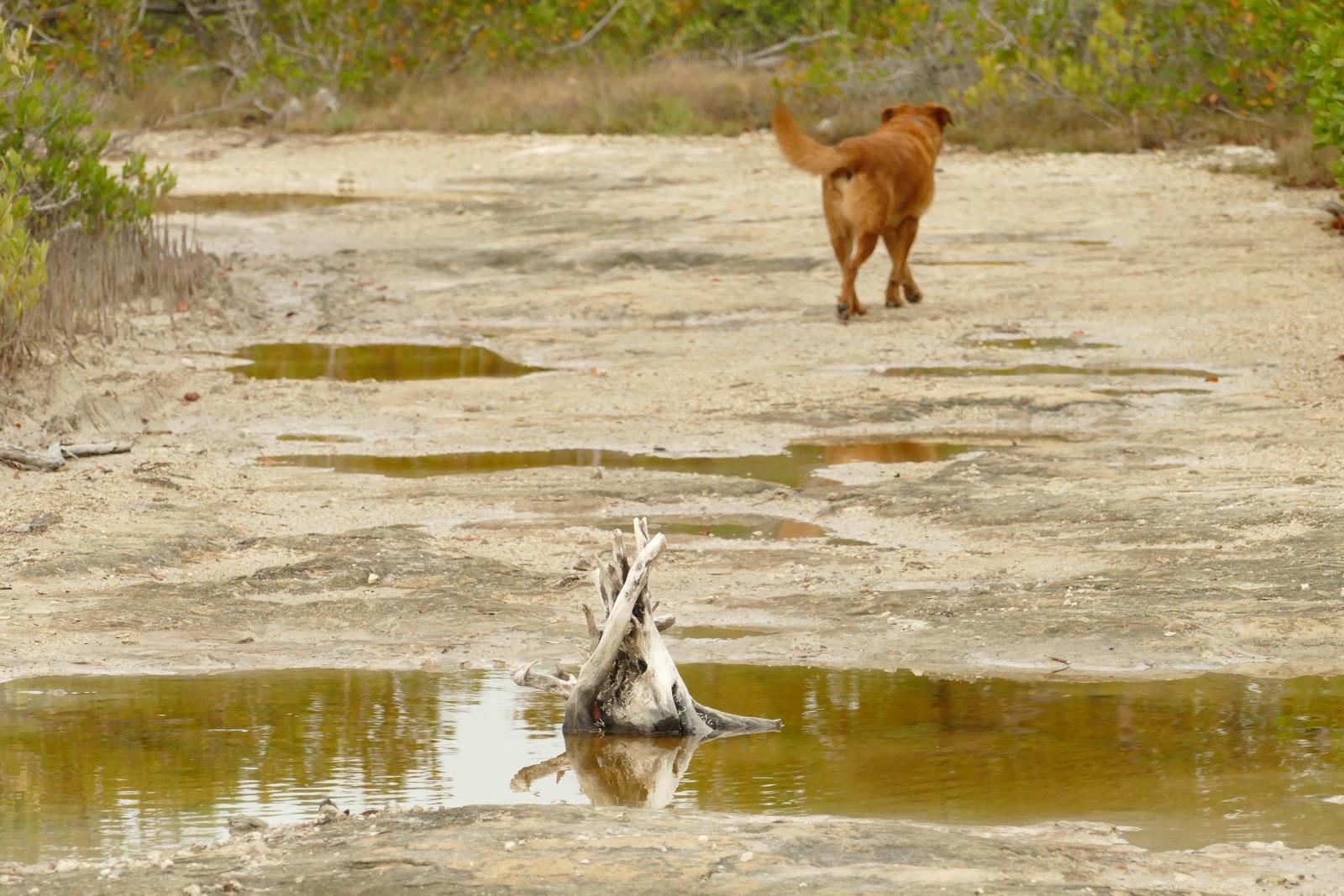 The French photographer who died five or six years ago created a belief in the value of the "decisive moment" in photography, exemplified by one his most famous pictures, a fat man in a hat and raincoat jumping a puddle in 1932. Cartier Bresson said later it was a moment captured when he stuck his camera through a gap in a fence and he simply squeezed the button. I saw my decisive moment coming and this was the middle of three attempts. Rusty continued to ignore me naturellement. 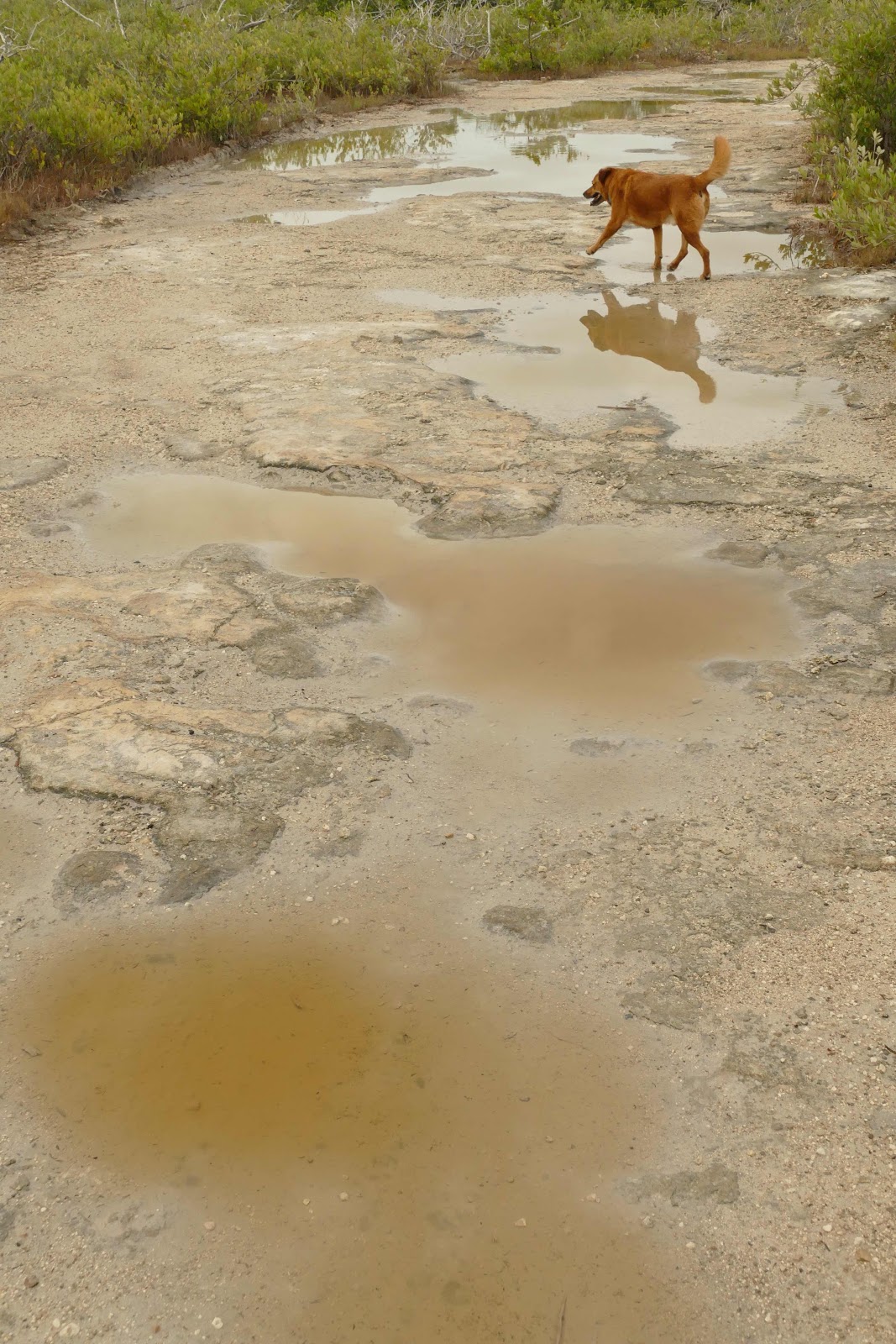 When first I saw these pipes organized into a battlefield I also saw a lot of spent paintball ammunition on the ground but these days it seems the war is won as the graffiti are fading and the ground is clean. I hope the right side came out on top. 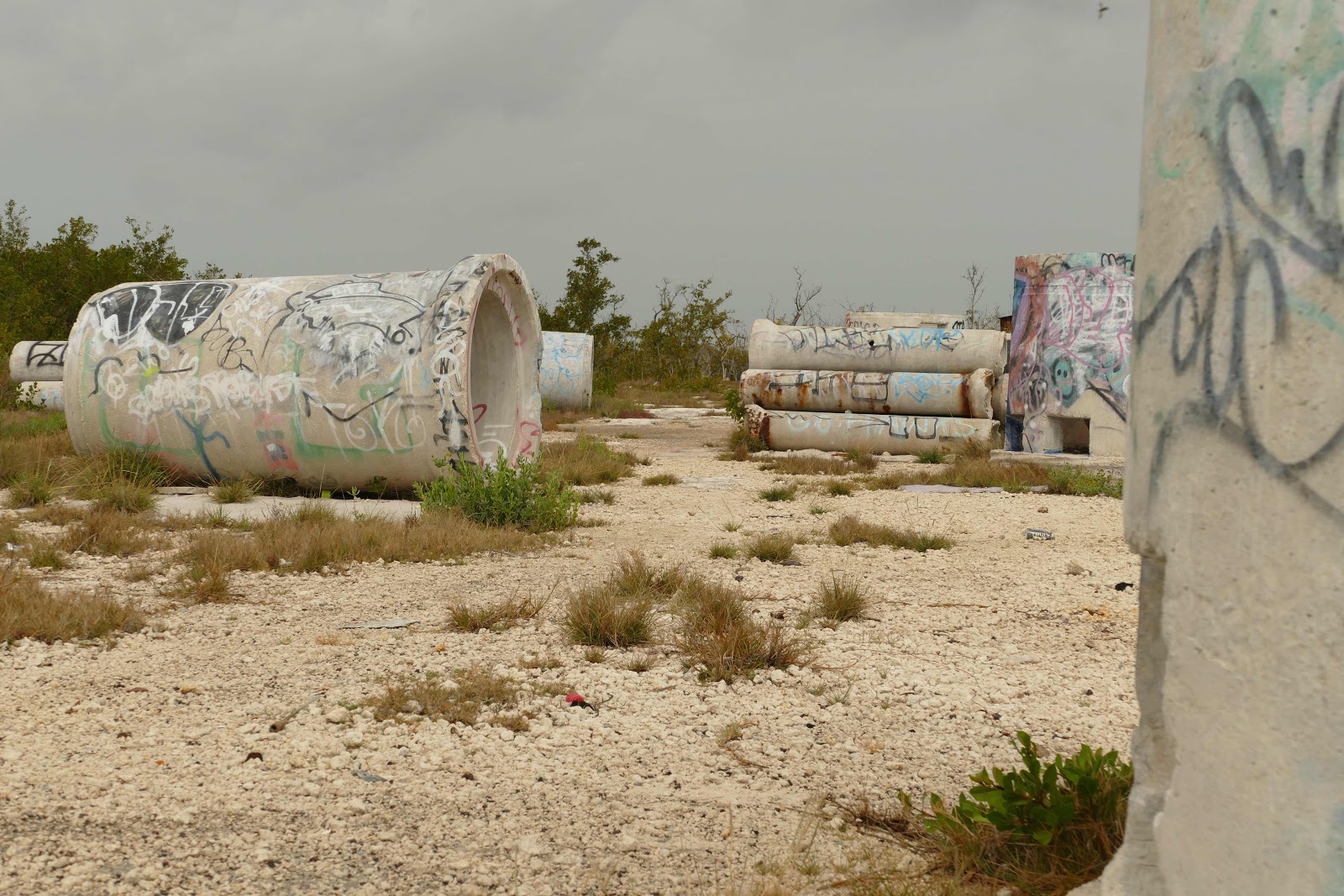 There is an awful lot of cement out here in the abomination of desolation. Once upon a time the mangrove swamps were seen as useless and fit only to be used as a dumping ground. I've stumbled across vehicles of every description along the trails and around here I have photographed a gently decaying cement mixer of all things. 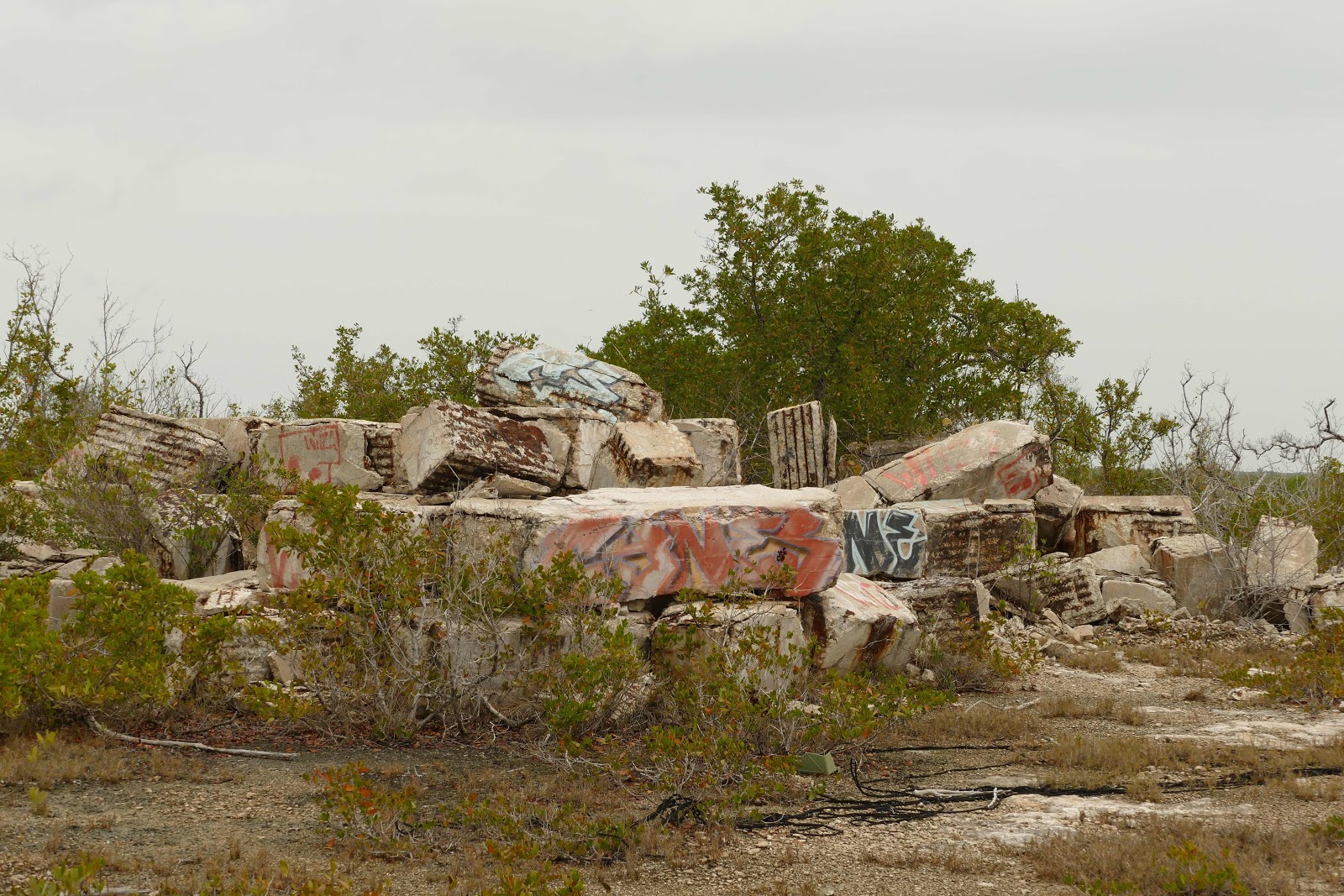 Graffiti mostly looks like scribble with the occasional obscenity thrown in to shock but every now and again one wonders why the artist hasn't gone on to greater things. 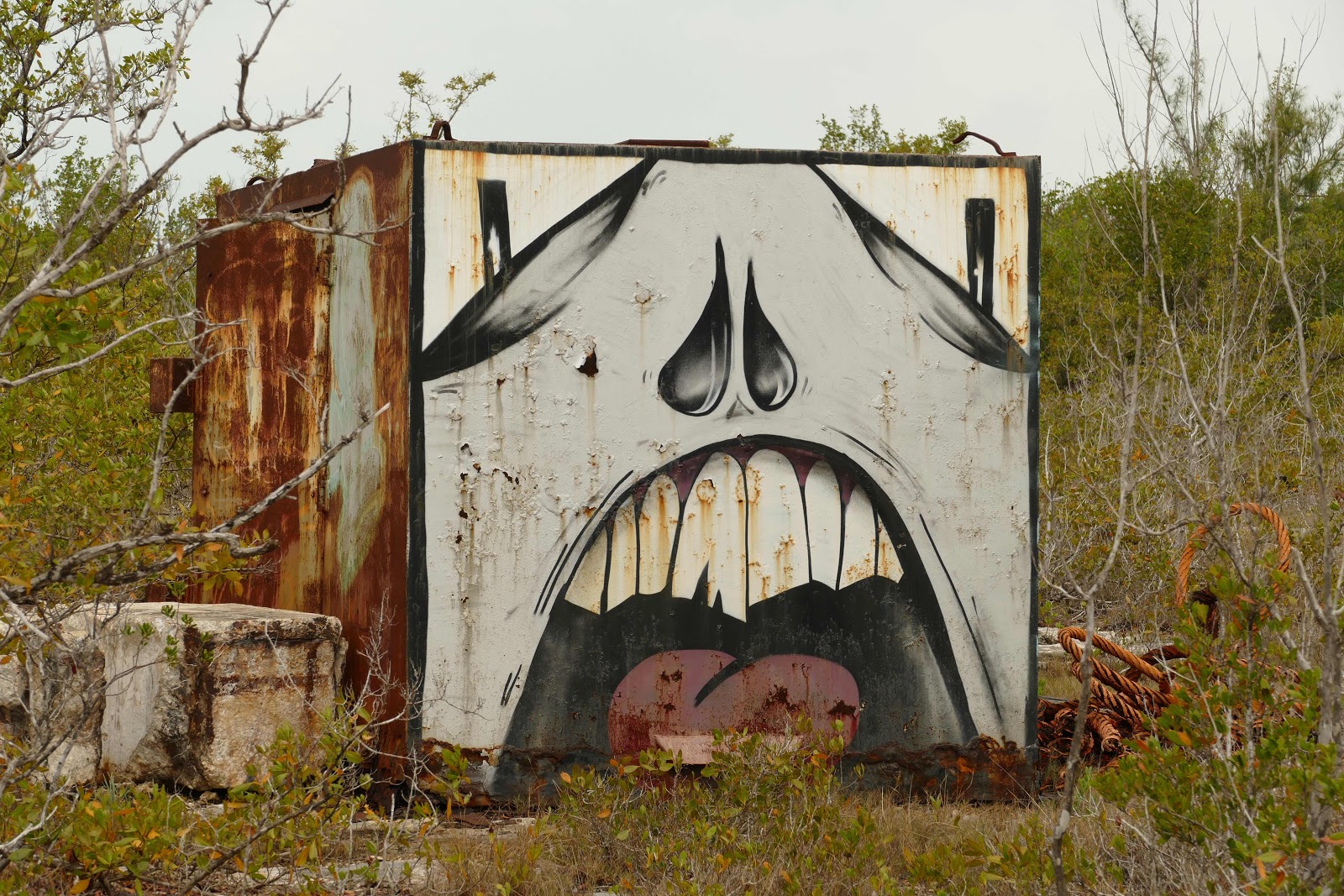 I found a courtyard lifted from the lost city of Atlantis, or possibly a pile of construction debris laid out symmetrically for some obscure reason. 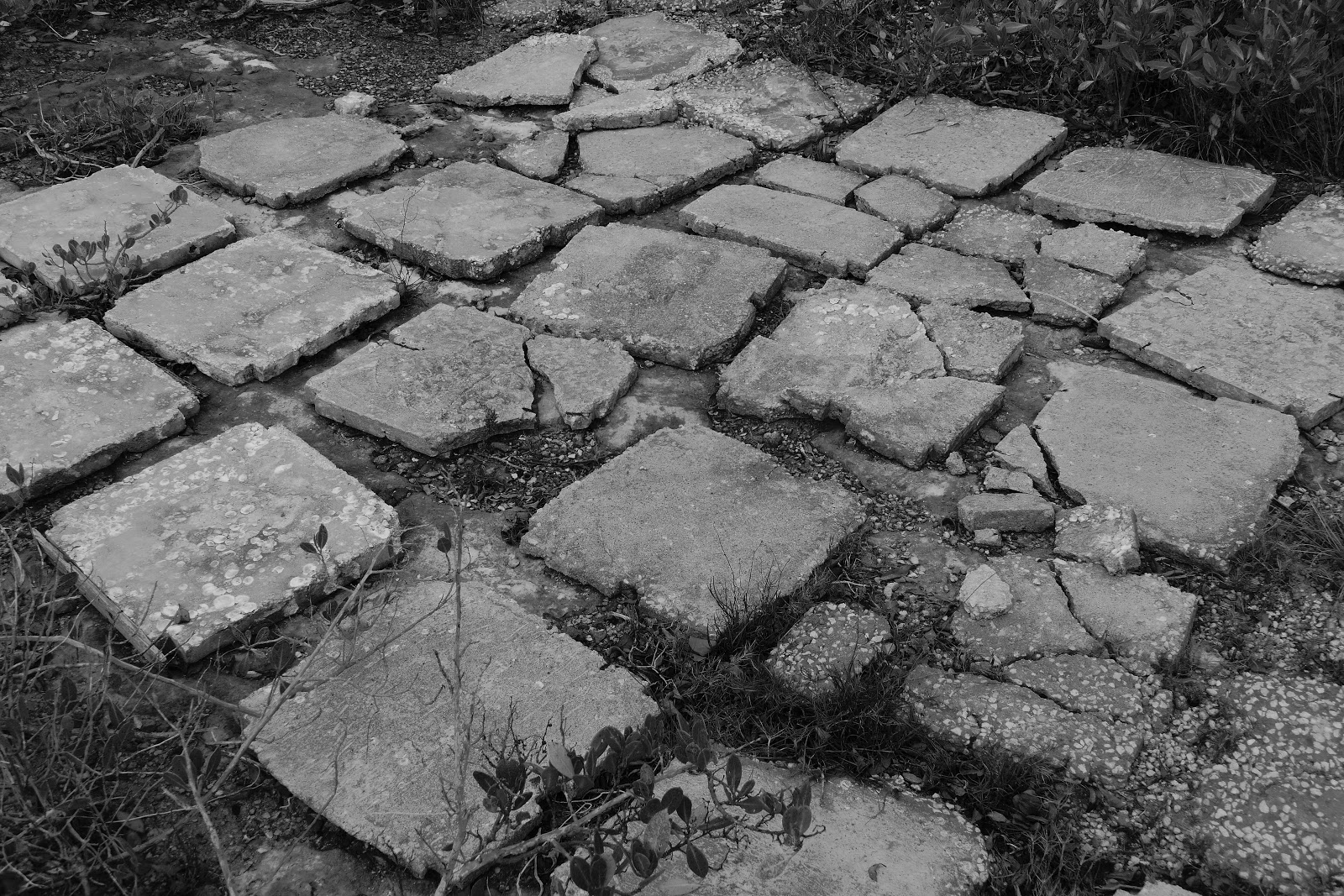 Bits of rubber, light poles, cement and wires. It's all here decomposing. 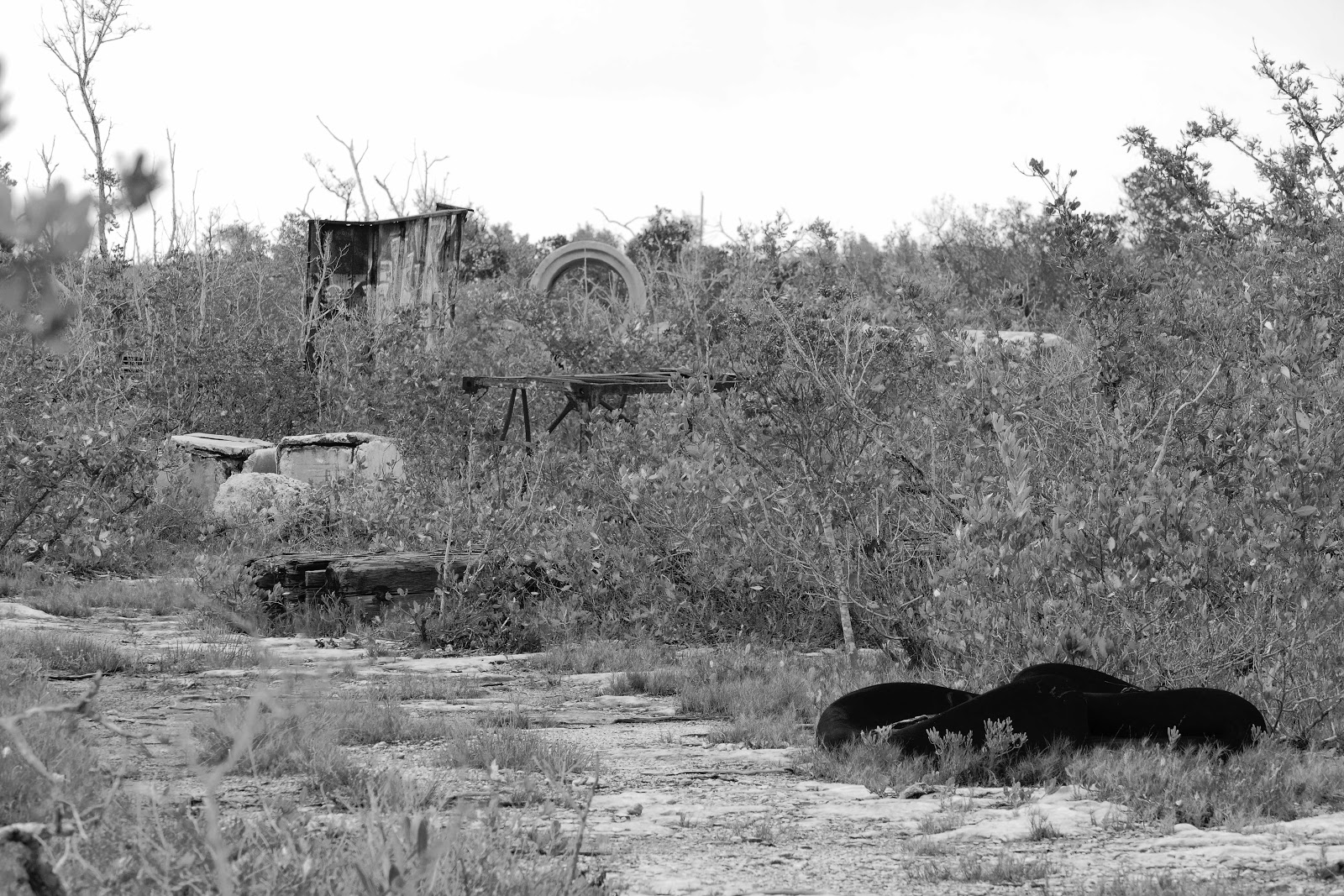 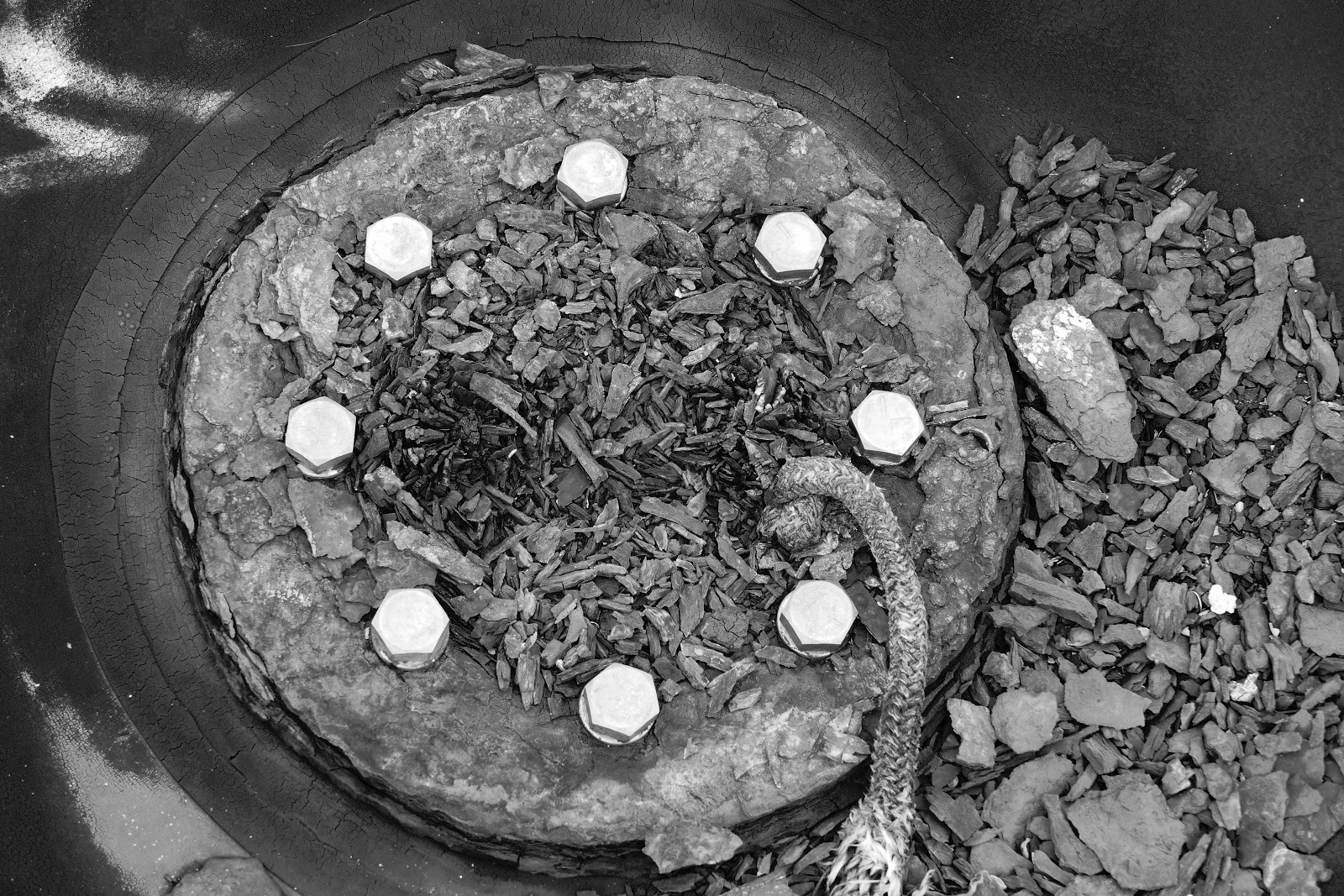 It was my day off so rain threatened all the time we were out but after an hour it was time to go home even though the threatened rain had held off. 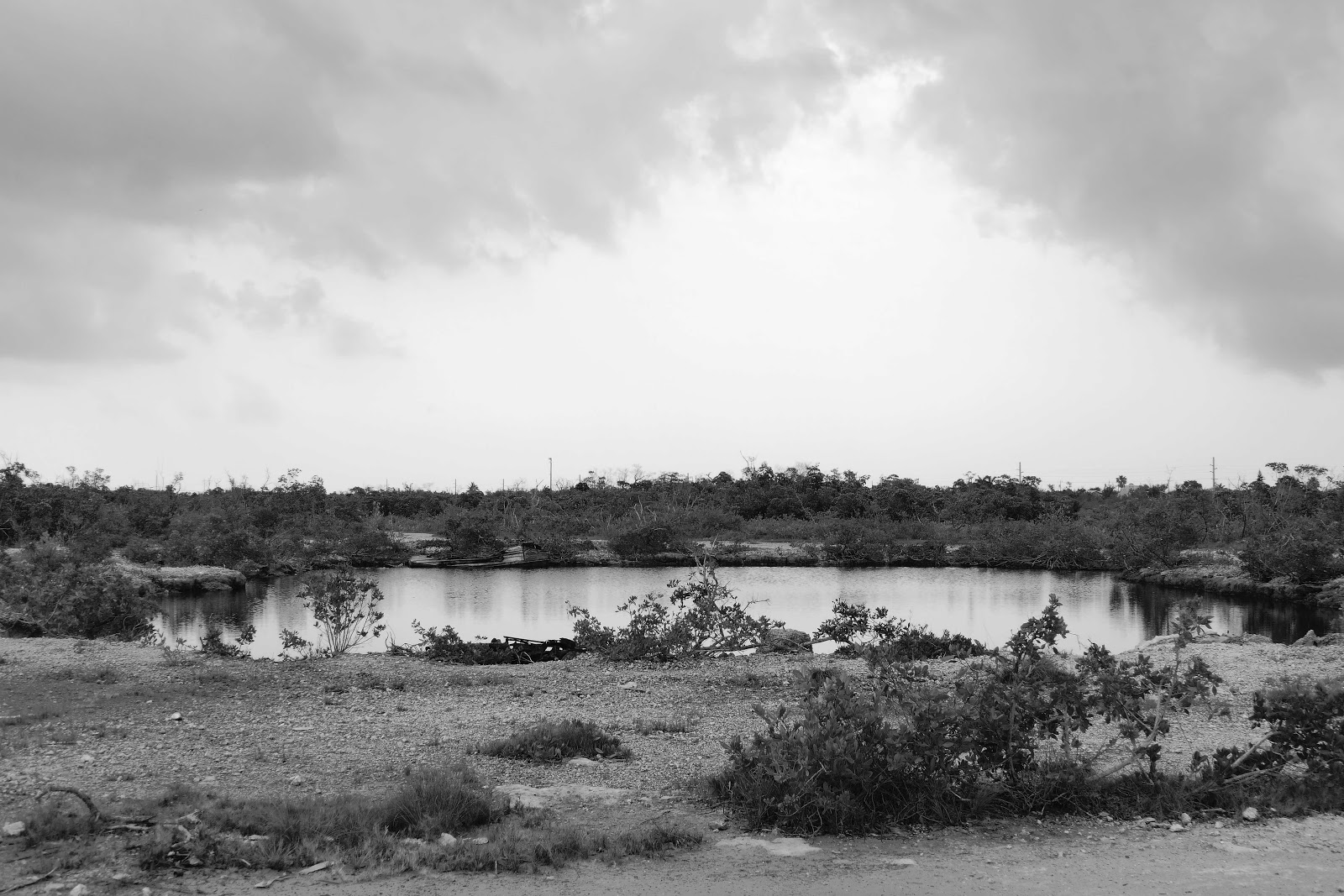 This area must have been a gravel pit before it became a dumping ground. It used to be legal to dig holes in the mangroves and remove gravel for construction before anyone figured out you couldn't have fish without mangroves. So now they are protected and dumping is not allowed. 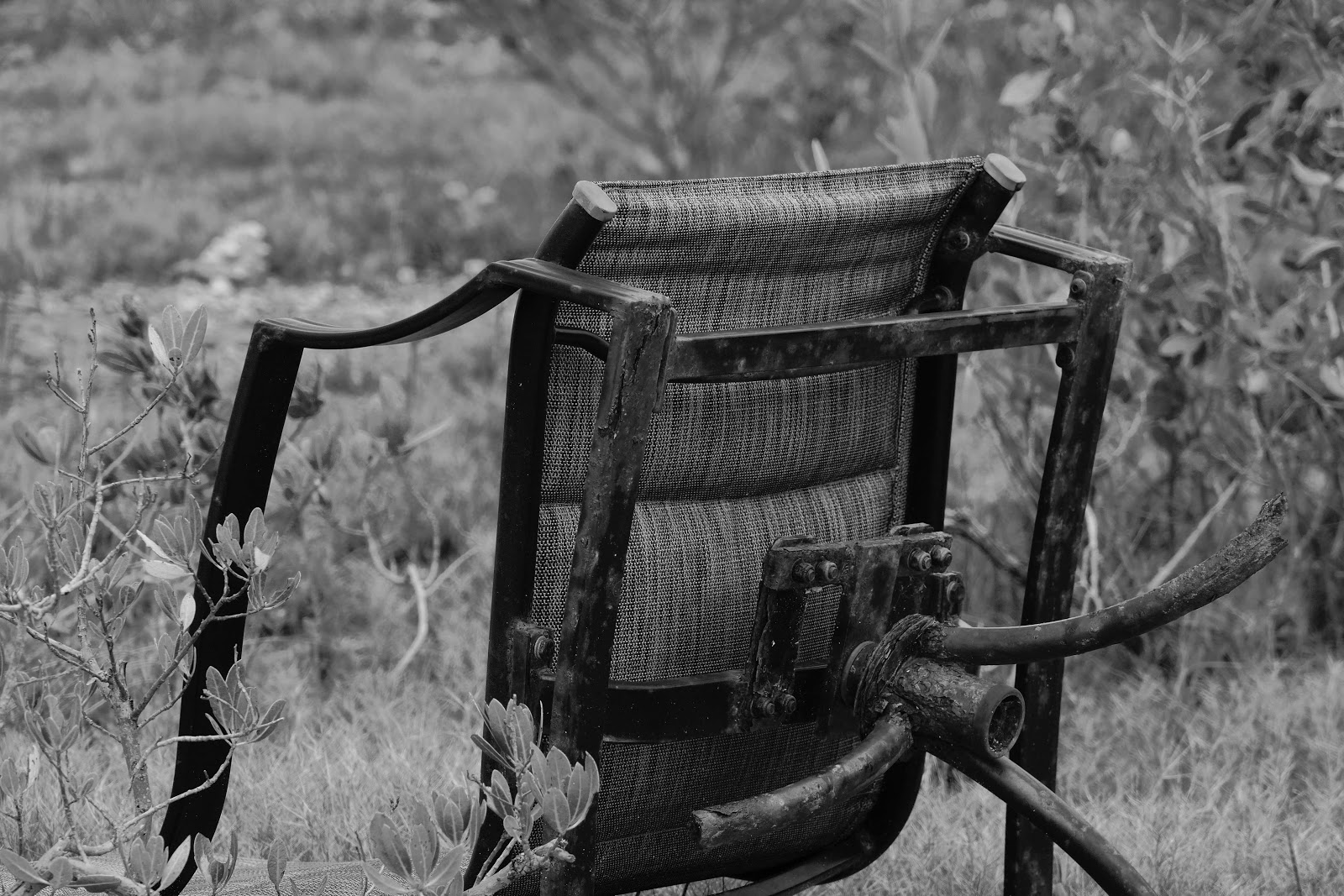 Highway One runs next to the not so pretty but probably hurricane proof block that is for sale on Summerland Key. It's right next to the highway but it has some space surrounded by a high wall right on a  canal. Sounds ideal for an unsocial millionaire who likes traffic noise. 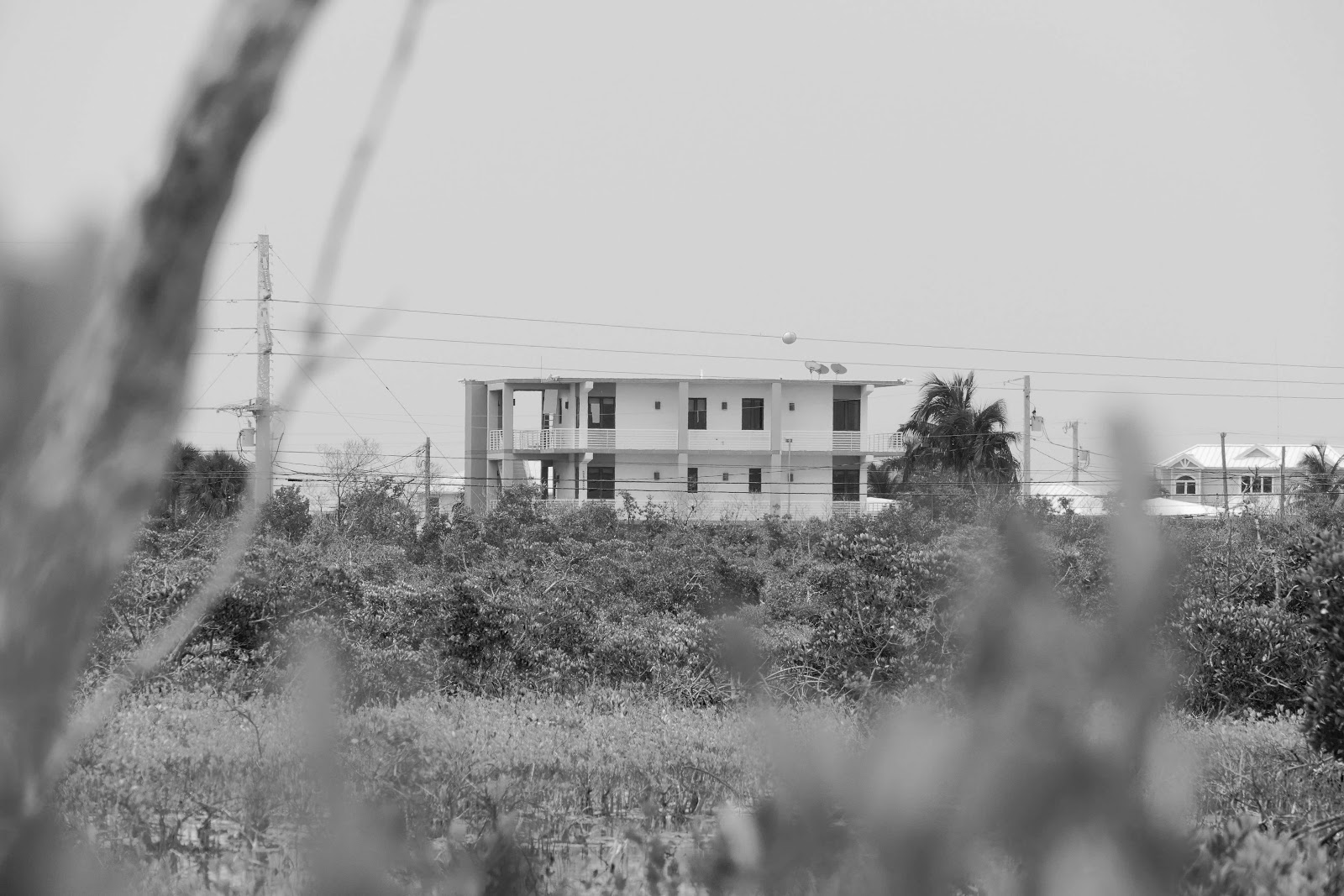 The weather is become hot and sticky already so Rusty has adopted a summer posture of a slow pace, much sniffing and frequent dunks in murky warm water. He got his bath when we got home and he remained annoyed at me for about thirty minutes after he escaped the towel rub down and scampered off to seek solace from my wife. 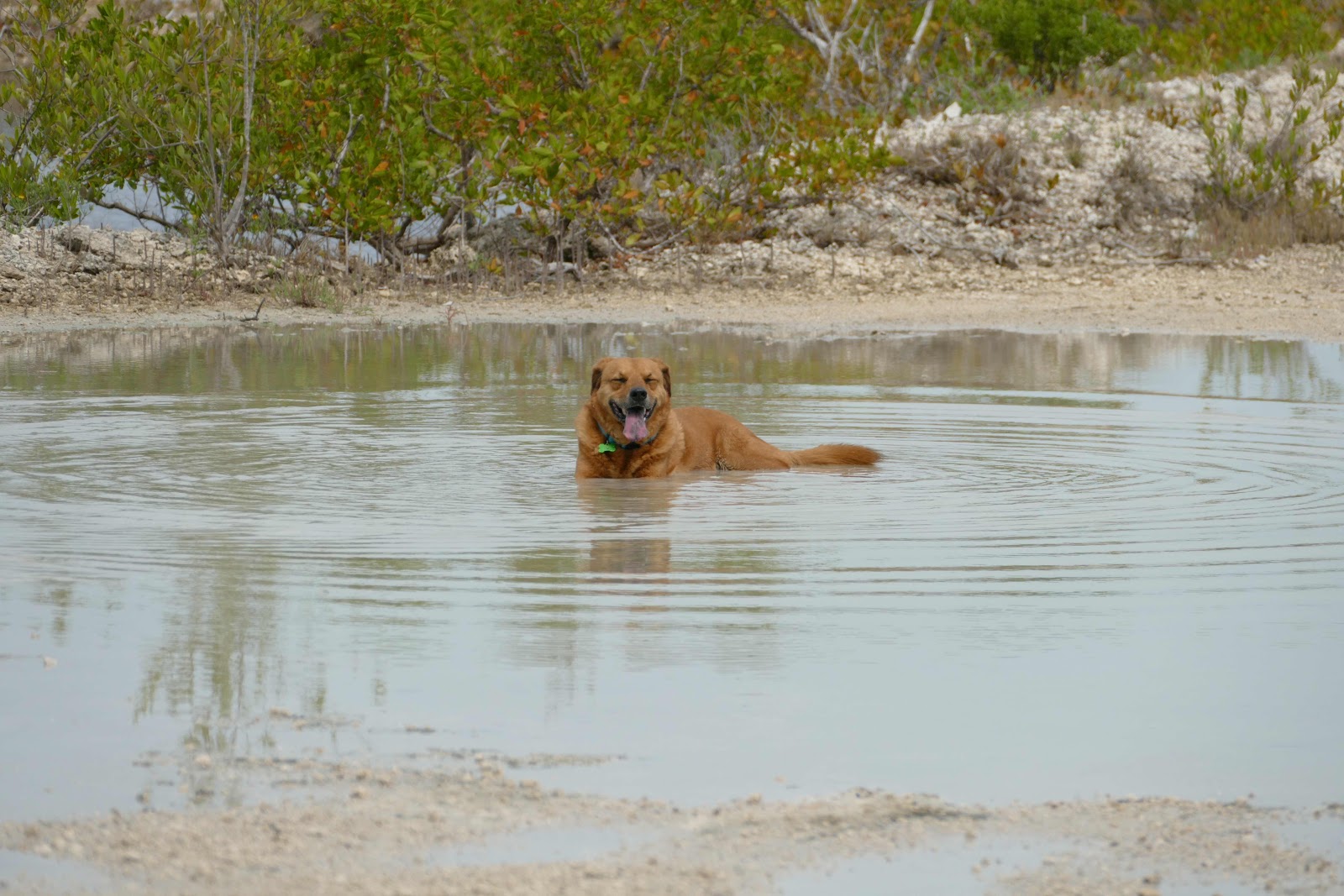 A seaplane.  Not fascinating, I know but I find them to be the most interesting planes I see around here. Next year, virus permitting, I want to fly onto a  glacier in Alaska and  those flights  go on planes equipped not with floats but with skis. Alaskan planes go skiing. 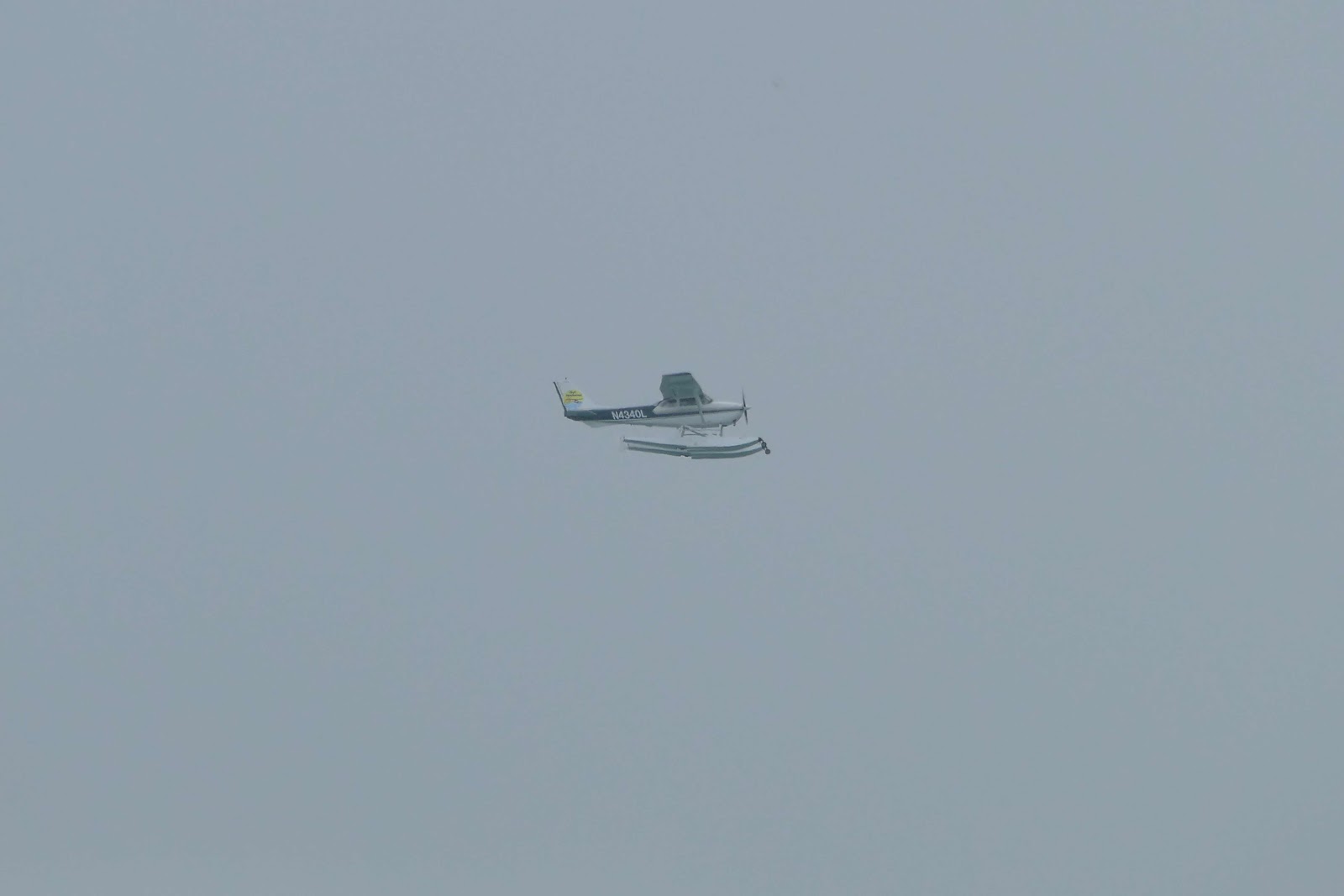 Back on planet Earth where humans are meant to roam I started looking down at the rocks and shapes underfoot, temporarily exposed by low tides and a rapidly receding  dry season. 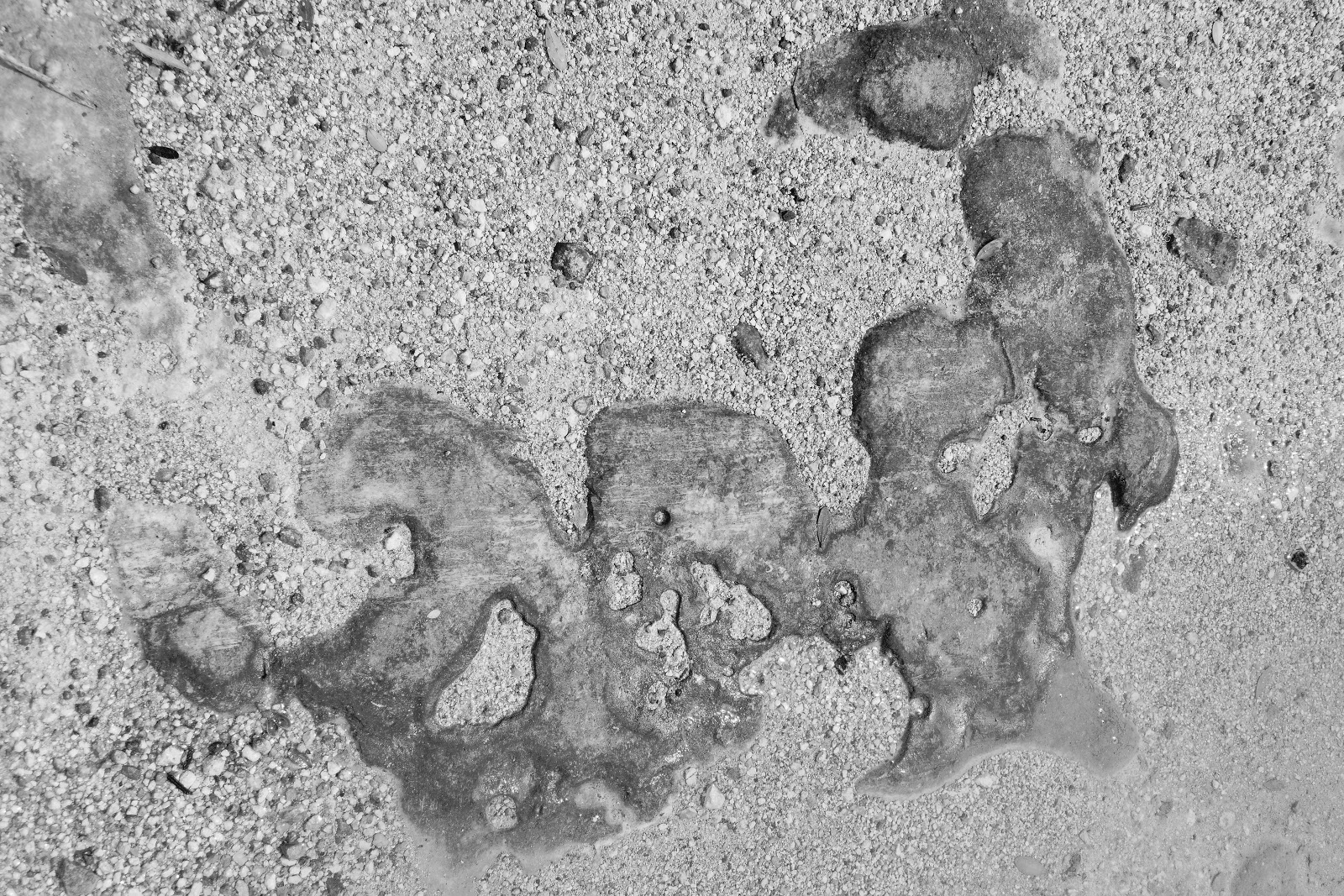 I had anticipated the summer flooding season so I was wearing my Crocs, a consideration Rusty doesn't worry about. 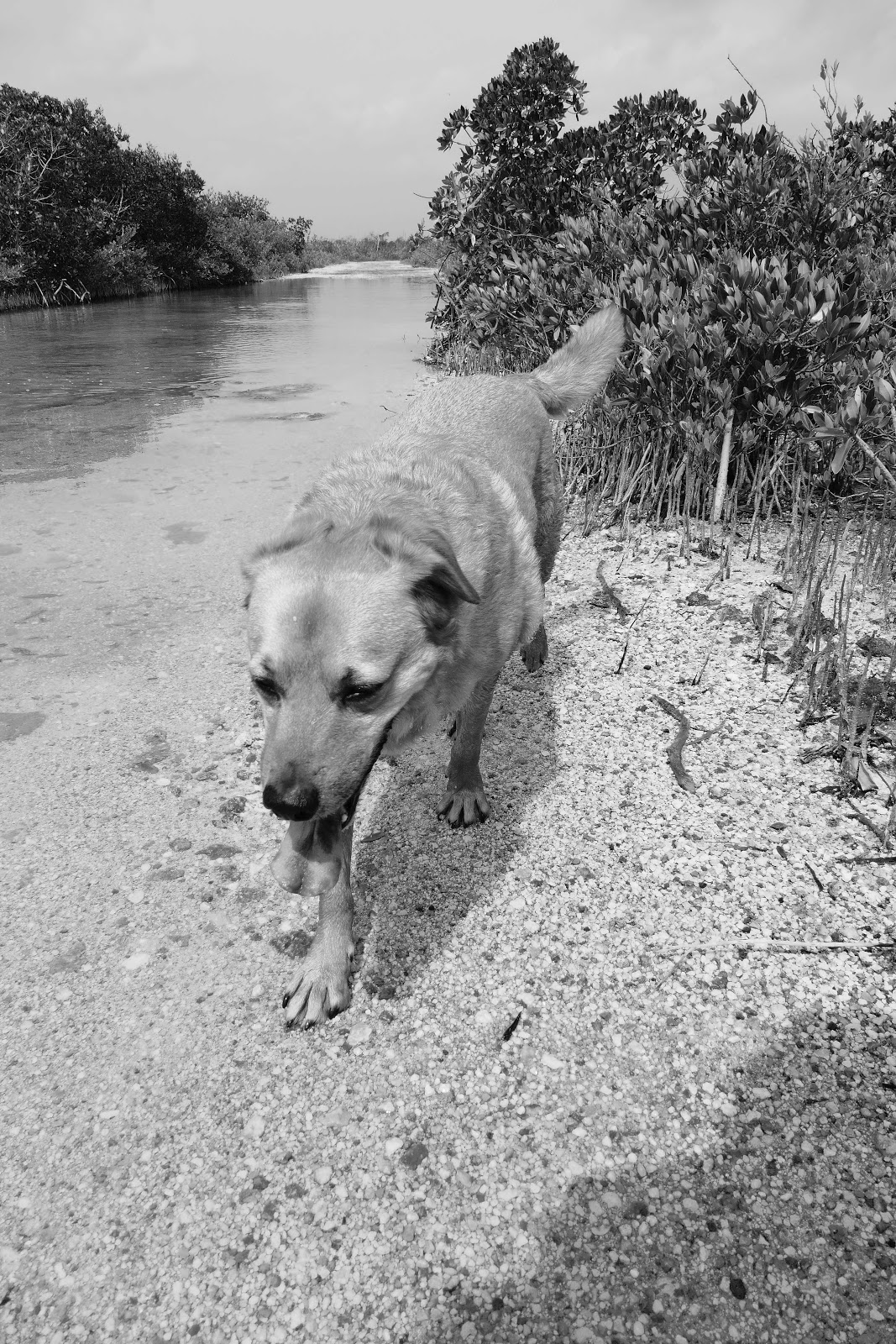 A snail or something similar had been for an underwater walk, spinning out a graffito because crawling off to dry land through the puddle: 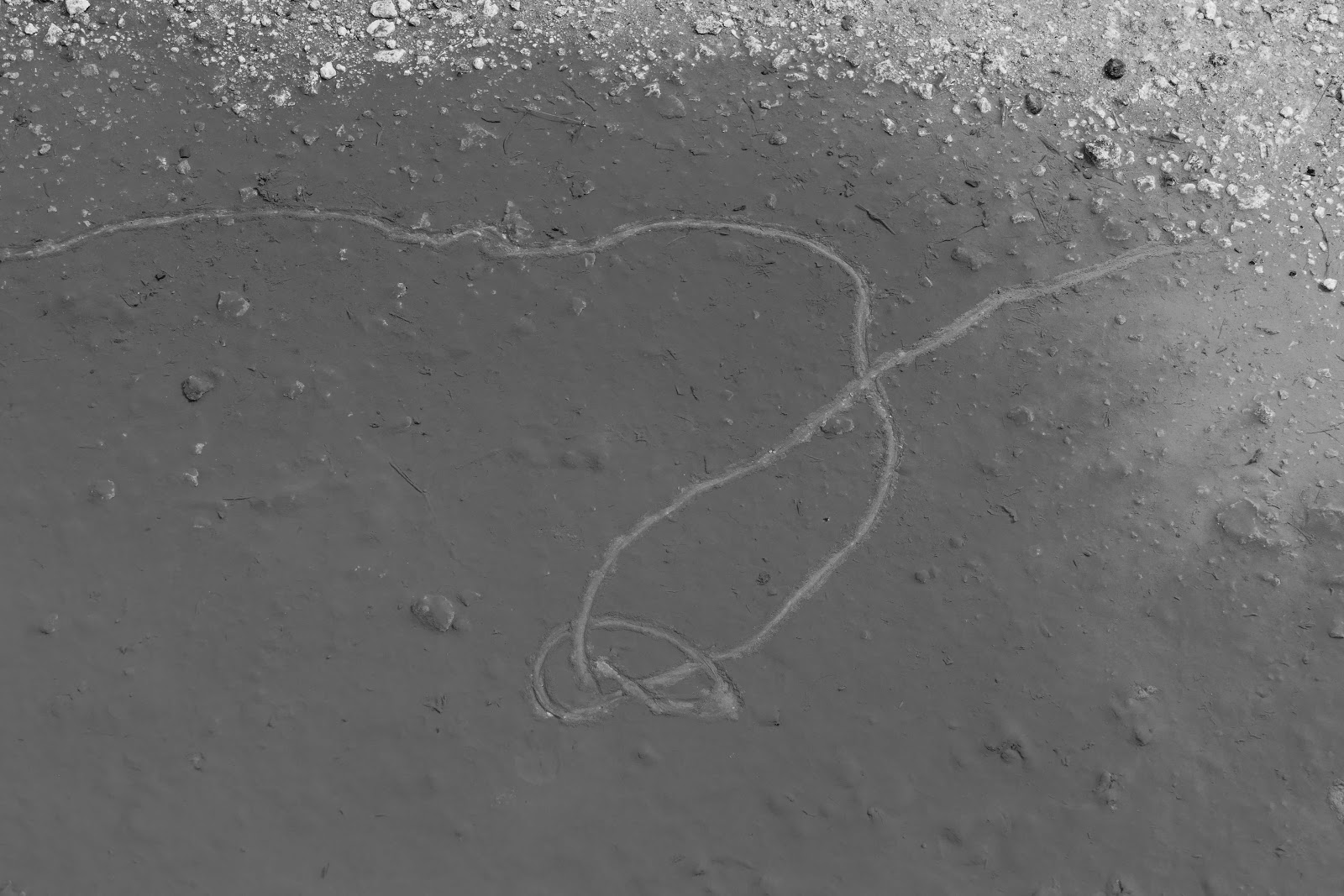 A little sunshine, a little color and a reflection. 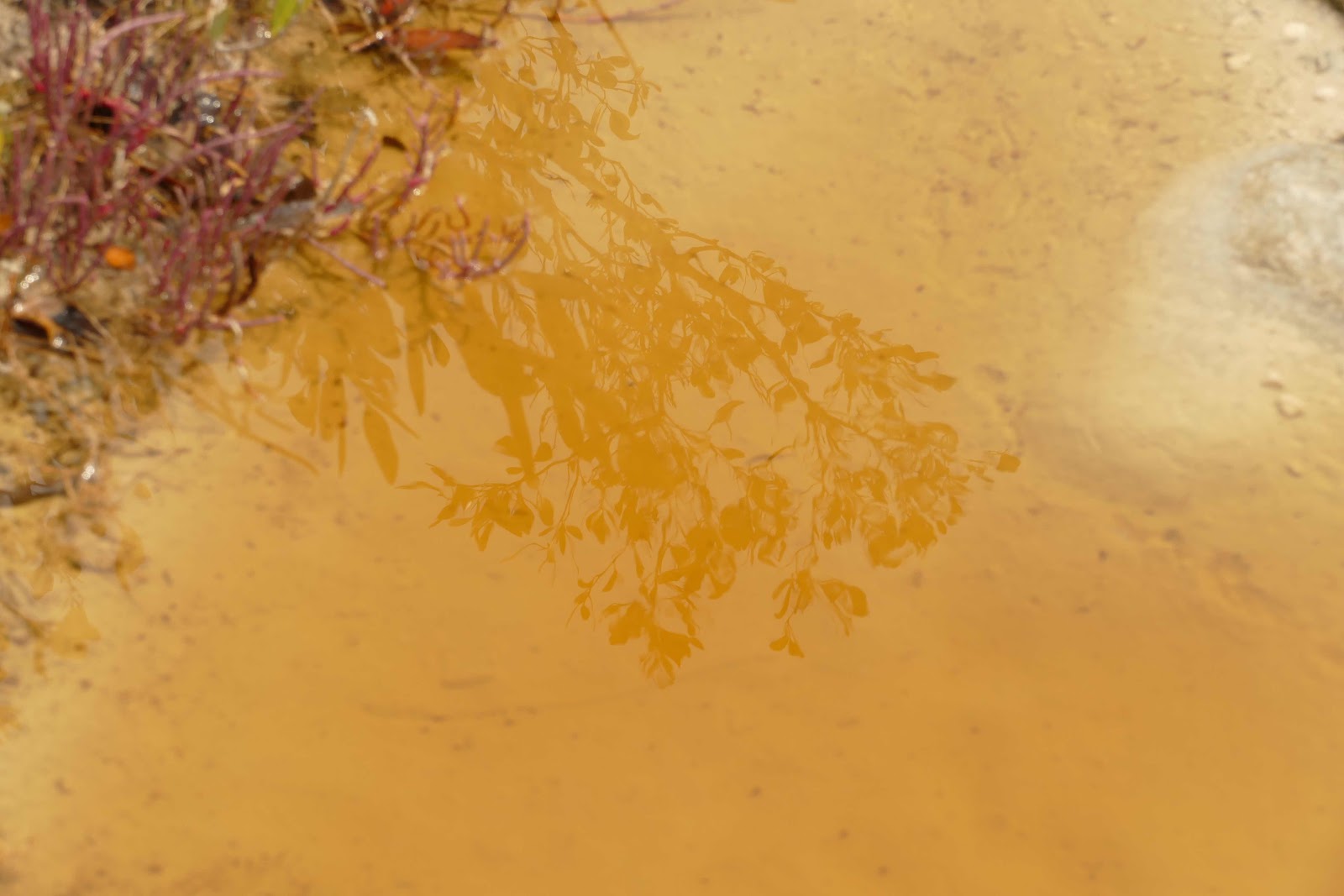 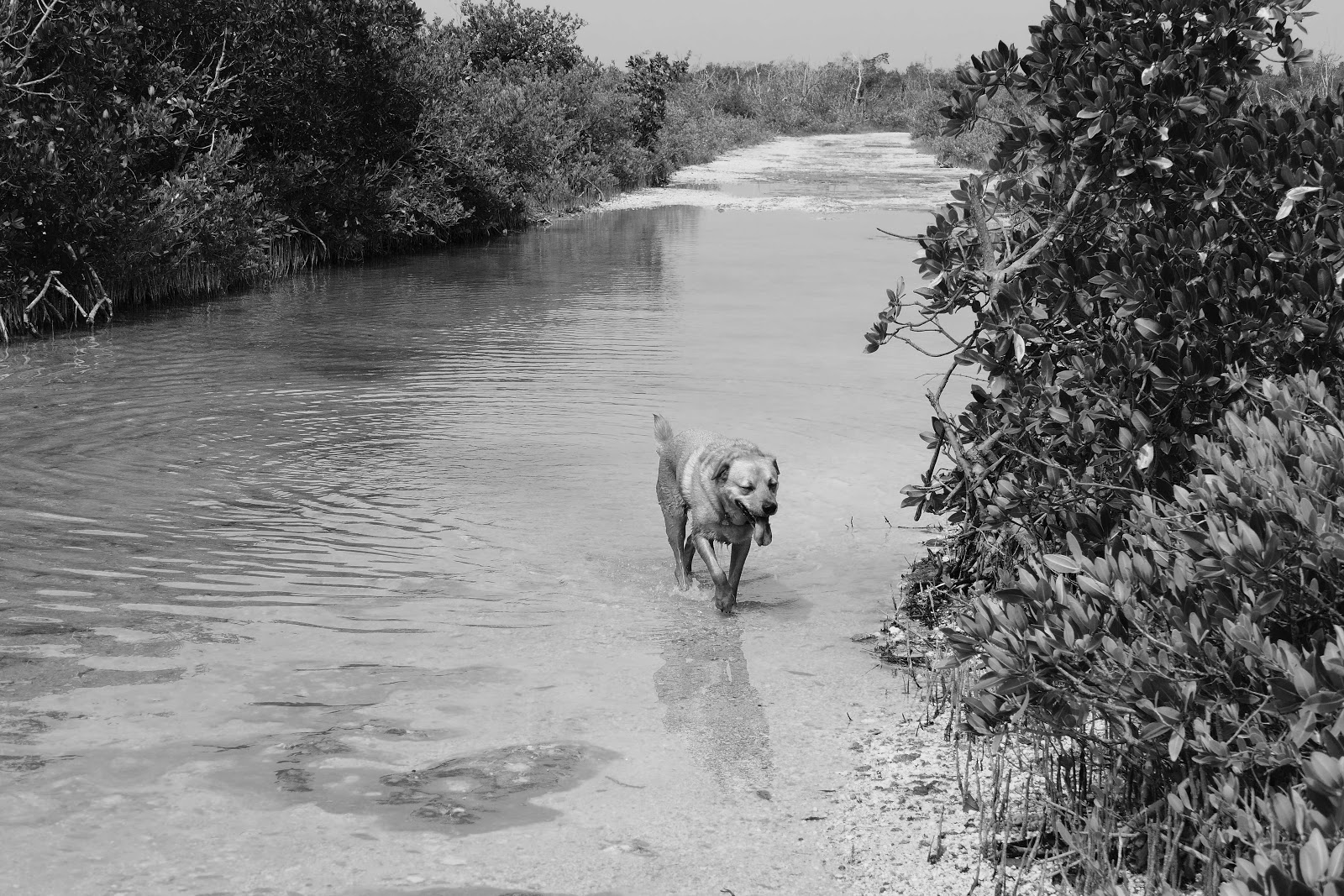 On our way back the non skull stump was still there sitting proud in the puddle. Rusty, panting heavily had to come back with me to reality and chores and deadlines and stuff. 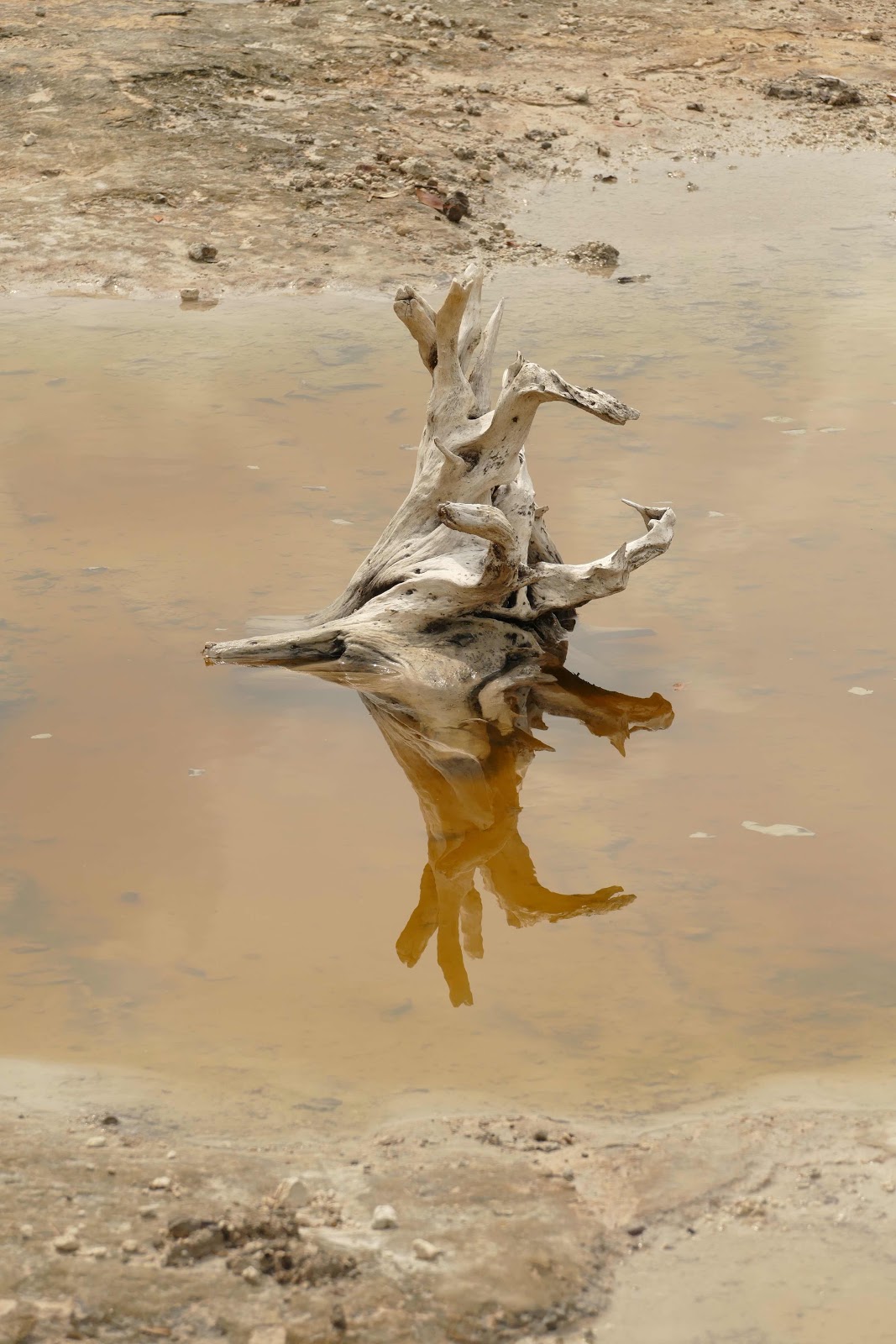