Dogs aren't allowed in the Key West cemetery and considering the sort of ill mannered inconsiderate world we live in that's probably a good thing. Not everyone is as obsessive as I am about carrying plastic bags, I find. 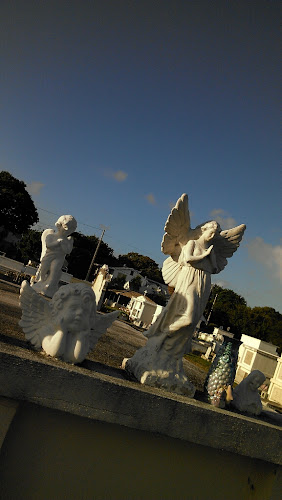 So that morning Cheyenne walked in Big Pine with me until she had had quite enough and let me know in no uncertain terms. "Is she all right?" an anxious cyclist paused to ask...of me leaning casually up against my car reading a book on my phone. "I think so," I replied looking at my snoring dog, totally relaxed, not a care in the world...I figured she couldn't be better, walked as far as she wanted with breakfast waiting at home and my soft couch to complete her nap in. Yeah, I think you could say she was "all right." 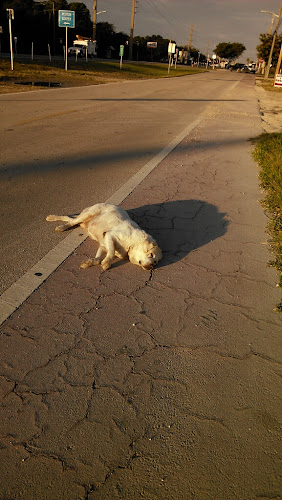 So when I went to town later I had no dog but I arrived early so I did have time on my hands before I met my wife for drinks and dinner. 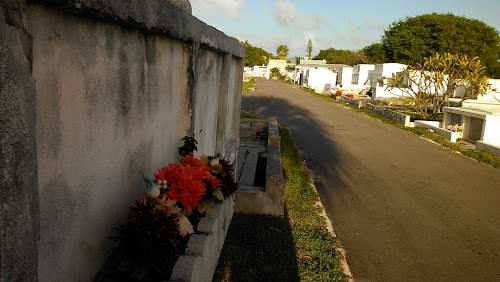 Naturally I pondered where to go and the cemetery came to mind immediately. Below we see Mario Sanchez's refurbished tomb. The Key West intaglio artist who died not so long ago is getting an exhibition in Cuba soon as the Southernmost City and La Habana try to work out closer ties, over the objections of the Miami Cuban community for whom a life in the US has been no compensation for losing the revolution of 1959. 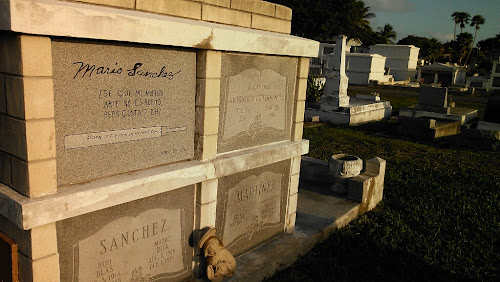 The Ley West cemetery has been featured on this page before in various formats and I always enjoy a walk there as it is as much a repository of history as it is a serene place in which to contemplatethe mysteries of life and death. Key West Diary: Famous Dead People and the are plenty of less well known people buried above ground and with photographs in a style I associate with my childhood in Italy: 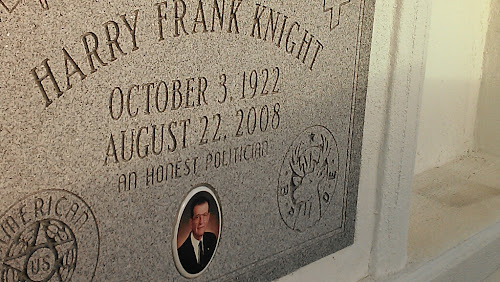 Cuba has suffered more than one revolution over the years and there is a section devoted to the Cuban martyrs confirming what I mentioned earlier about the ties across the Straits of Florida. 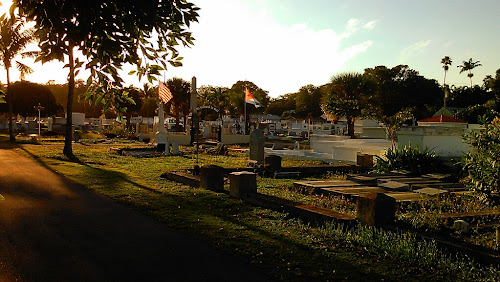 Beyond being a lovely peaceful spot in the middle of the city, the cemetery retains it's primary function of being the active last resting place of the residents of. Key West. Over the years complaints have been legion about the state of disrepair of the cemetery with overgrown grass fading paint and tumbledown tombs lending the place an agreeably gothic air. However what made the cemetery look mysterious also grieved the relatives of the people buried there so finally the city has funded improvements and as you will see in the pictures the cemetery is looking quite spiffy while retaining its old look. 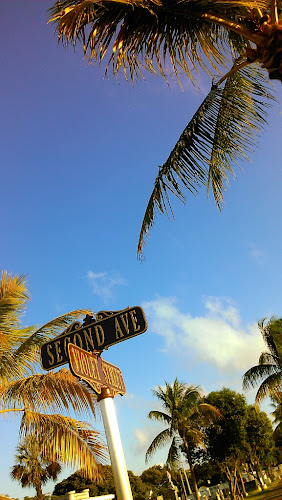 Indeed I found a new mausoleum under construction. The water table is close to the surface here so, like New Orleans the Key West cemetery is famous for its above ground crypts. 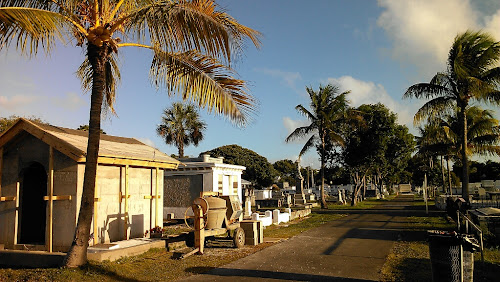 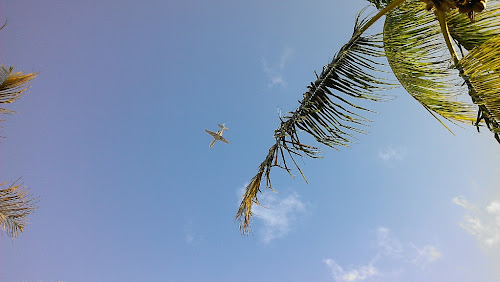 It is in the center of the island which is also the center of the city today but in the 19th century this area was on the periphery of the city which covered the land north of Truman Avenue, which used to be known as Division Street, as it divided the city from the hinterlands. So the graveyard now lies directly under the flight path to the airport... 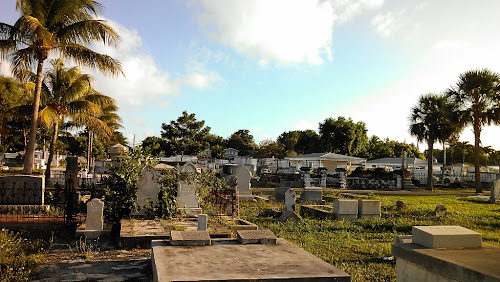 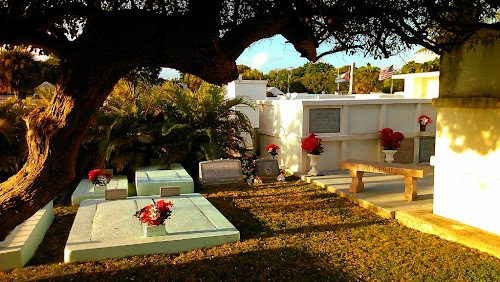 The photographic possibilities here are endless and visitors are always here wandering and looking. I fit right in! 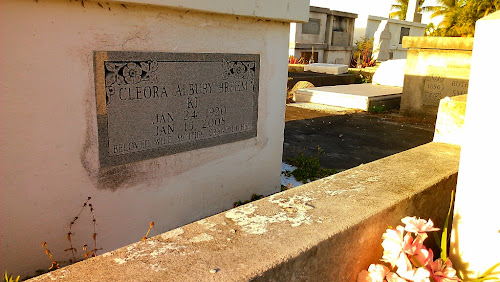 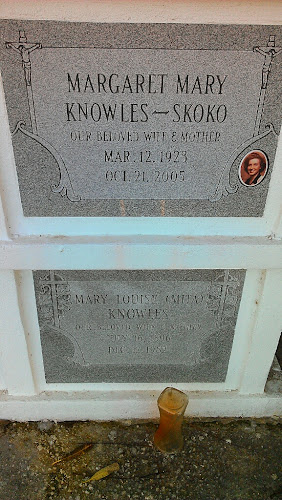 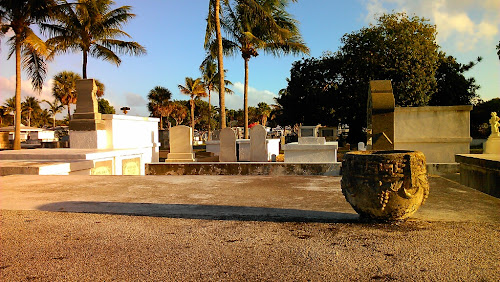 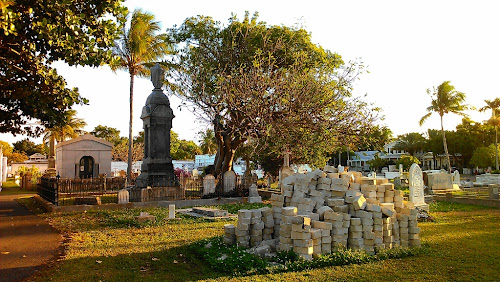 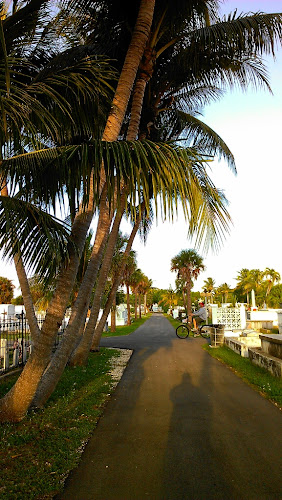 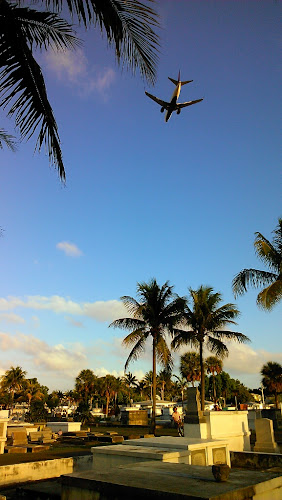 You can't keep a wild chicken down in Key West, anywhere it seems. Notice how trim the grass is though. 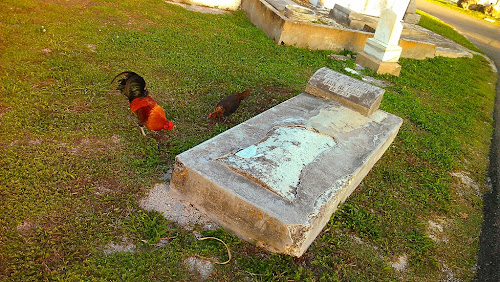 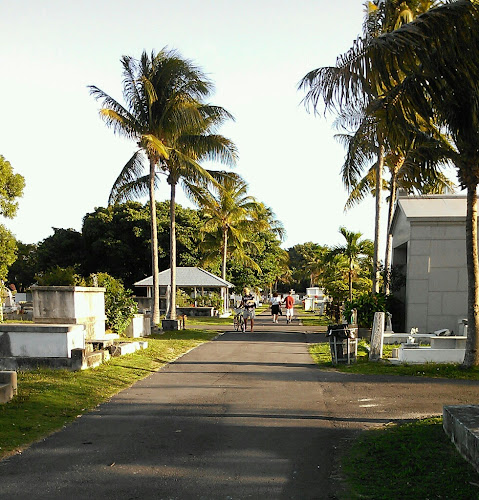 Scooters and dogs are banned from the cemetery for bad behavior, cars and bicycles aren't though bicycle tours have been banned on the grounds of clogging the paths. I think it's too bad as the more people see what lies in the cemetery the more they might appreciate the city's dense cultural past, a side to Key West not clearly displayed where most visitors hang out. 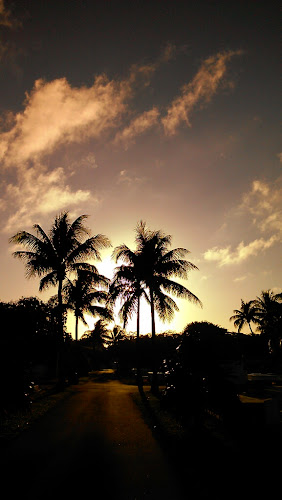 I nod in the direction of this small plaque every time I pass the main gate pillars. An old friend from boating days. 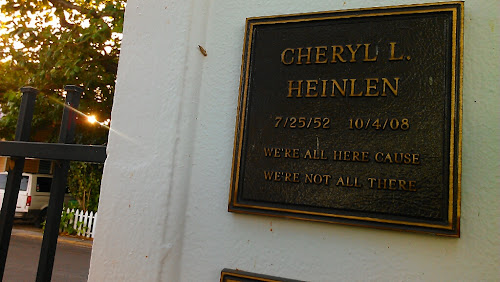 I had been trying to get to the ceremony for the homeless and poor buried in the pauper's section but I was late. Members of the Navy walked out as I arrived, they were carrying the folded flag from the ceremony when the presiding minister Reverend Braddock was called away suddenly to assist a pedestrian in medical distress and all the activity and life faded away and I was left alone among the graves. 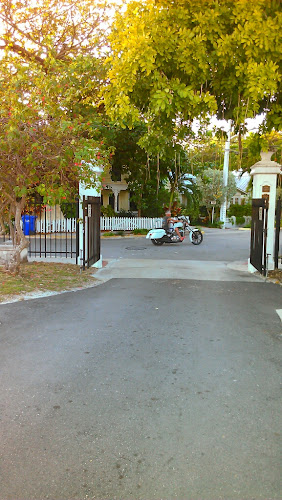 Outside the severe wrought iron fencing life went on, but until the gate was closed at six I was secure and snug in the world away from the world that is the Key West cemetery. 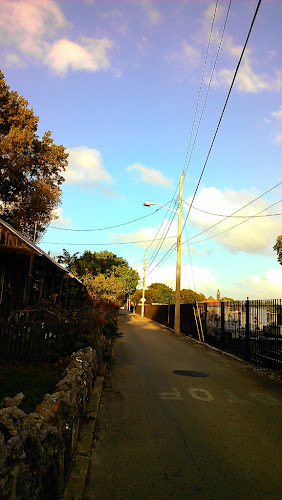