A Day In the Sun, A Road Closed

Stepping onto the porch yesterday it was obvious it was going to be a lovely day. So when my wife, returning from her latest out of town conference texted ahead to me to get a couple of dinner ingredients I took the Vespa and did that which one often does when looking for an excuse to burn some dead dinosaurs. I went off track. 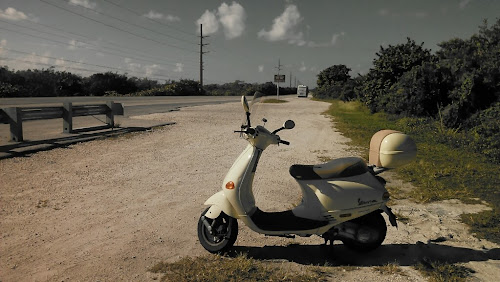 Life, they tell us is a series of compromises, and for many riders across temperate lands this is the time of year to put away two wheeled machines and confront ice and snow from the cabin of a cage. For me that day never comes in the Fabulous Florida Keys. However even this paradise has it's serpent: viz, there is but one road. Northern riders who get out their machines in Spring can look forward to months of varied rides up hill and down dale. All I get in Spring is the same road, a little warmer and a little wetter as summer is rainy season here. 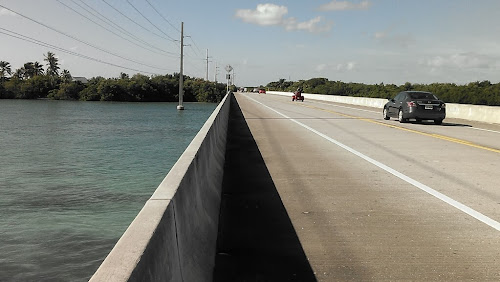 My plan then, was to ride to Winn Dixie, the Big Pine supermarket situated about five miles from my house. As I rode I figured it was too lovely a day to just go food shopping so I passed the aptly name Key Deer shopping center and kept riding north. 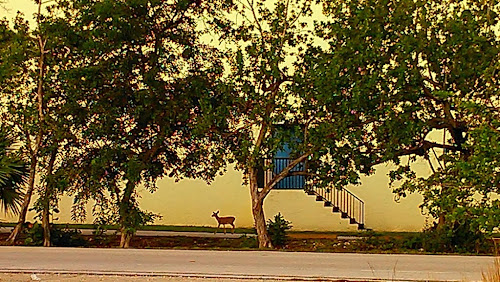 I could have veered north for five miles to take a ride to Port Pine Heights or No Name Key, both streets without outlets of course, wind prettily among the pines where I like to walk Cheyenne on the trails: 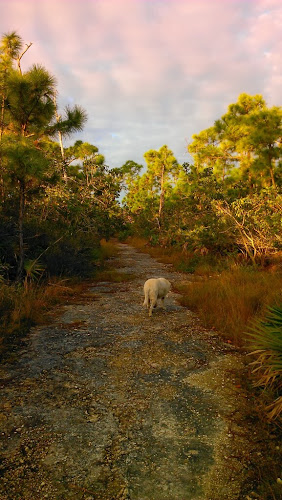 But I was pretty sure there was a good chance I would find a pleasant ocean view or two if I went up my only main road option. I was correct, and I stopped a few miles past Big Pine at the bridge connecting Bahia Honda and Ohio Keys. Looking north: 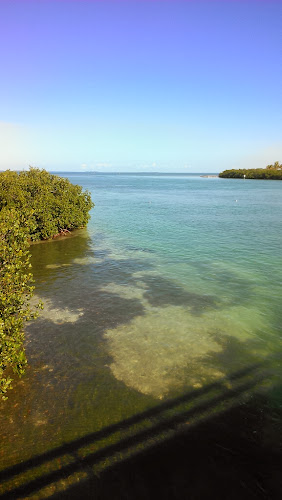 The view to the south was equally flat despite the fact that this side of the road is the open waters of the Straits of Florida, a place often filled with ocean waves and surf and suchlike commotions. Unlike yesterday: 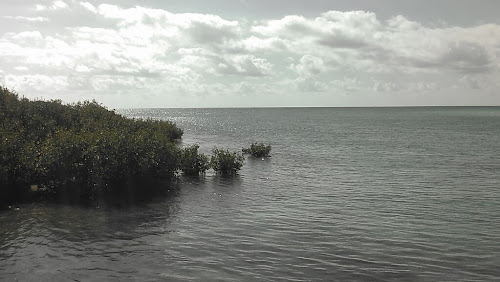 The old Flagler railroad has been transformed into a rather dashing paved fishing pier, pedestrian path and a bicycle route, all in one. A more forward looking state might have done as much the length of the Keys but the Sunshine State prefers to let such things deteriorate and cut income with endless sales tax loopholes. 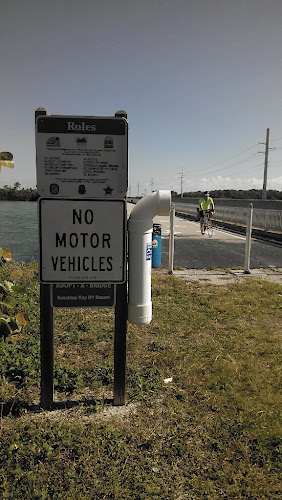 You stand behind the white line to fish, while between the lines travel the bicycles and pedestrians in determined fashion. I love the bike pictogram with a cyclist riding properly attired in a Chinese conical hat. 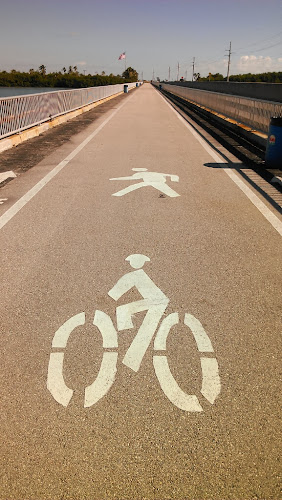 After the Great Hurricane of 1935 the railroad, already losing money for lack of commercial traffic, folded and stayed closed until the state bought the rights to the rail bed and converted it all to a highway. Imagine modern tea party protests at such a waste of public monies! Yet what we take for granted today in public works were built one day in the past with tax money, in an era when this country functioned as a community. They took the rails and welded them into hand rails. Below you can see the original rusty rails now replaced by the bright modern aluminum hand rails. 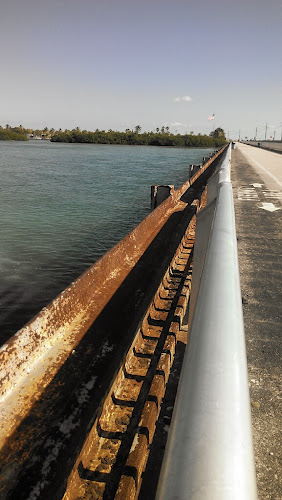 The modern Overseas Highway was completed in 1982 and as I recall it reduced the drive from Key West to Homestead from five hours to two, while offering many splendid views alongside lanes wide enough to easily accommodate two trucks. The old road bridges had been so narrow, large vehicles meeting on them had to stop and struggle to pass. 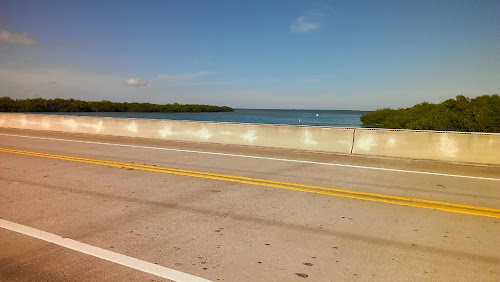 Earlier this week a distracted truck driver drove his semi into the back of another eighteen wheeler stopped for construction on a bridge north of Marathon. The eighteen wheeler thus rear ended was pushed forward into the back of another semi stopped in front of him. The mess was so complicated that after they flew the culprit to Miami by helicopter, not, we are told, in danger of losing his life, the highway was closed in both directions for eight hours. Yup, eight hours on the only road into or out of town. Had you travel plans that day you would have been screwed. Welcome to my world, snow free but remember that stuff I mentioned about serpents in Paradise? 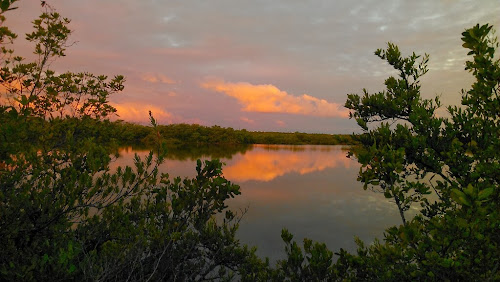 Better learn to keep hurricane supplies in your home year round because you can't eat the gorgeous views. 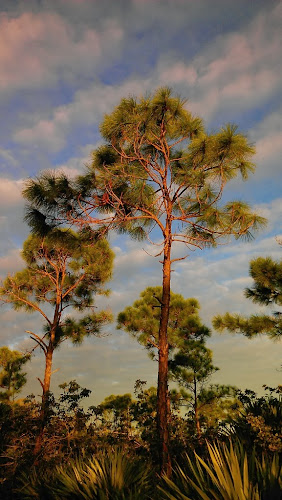