Men in high visibility clothing have been seen for more than a year shuffling around on Highway One between the Keys called  Big Coppitt and Stock Island and they have finally completed a bunch of paving so the roadway is smooth and flat and black, with all new striping and reflectors. Very nice it is too. 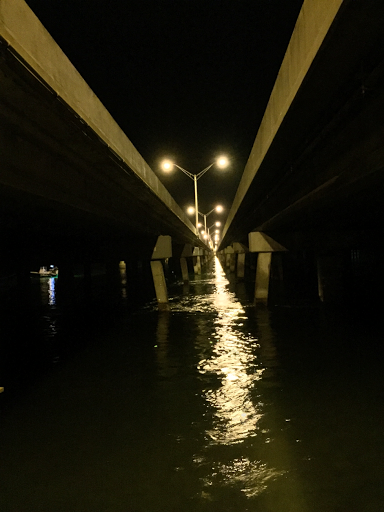 They have also created a walkway under the four lane bridge to allow anglers access to the waters on both sides of the Overseas Highway. It's been here for a while but it was only on a recent lunch break that I made the time to ride the Bonneville to the bridge and take a walk. 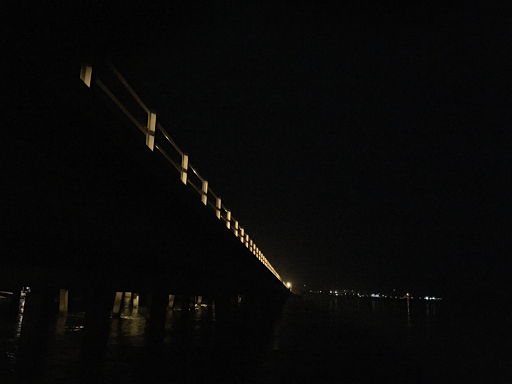 The walkway is lined with stout aluminum railing to make it difficult if not impossible to topple into the water whether you are on foot or on a bicycle. 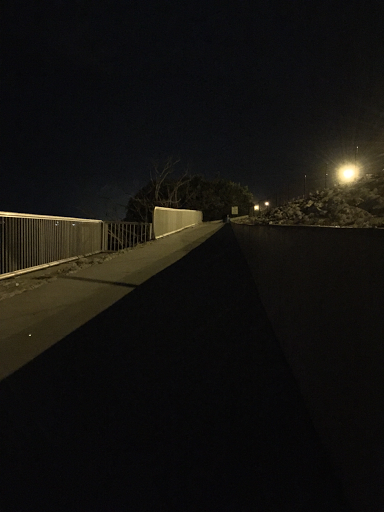 I passed a bicycle underneath the bridge parked next to a supine body on a blanket. I wonder at the boredom and misery and loneliness of homeless-ness. I don't think I would survive on the streets. 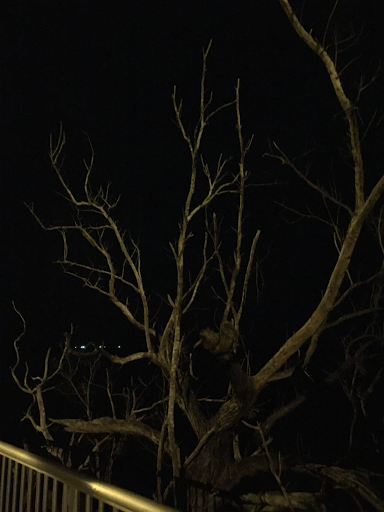 Other than the sleeper and a couple of small boats anchored while fishing I was alone with my camera. 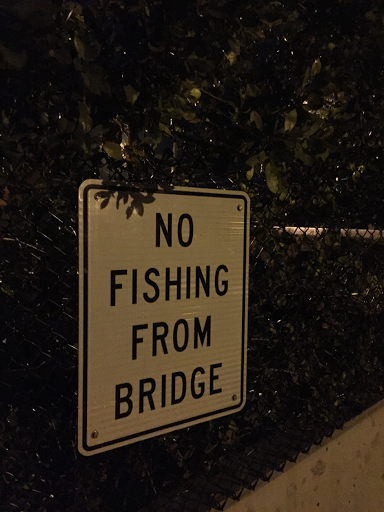 I have downloaded a two dollar application for my iPhone to clean up pictures and I used it to removed glare and background lights for the picture below. It was simple enough yet an interesting process. I may use it again, and again. The false promise of photography: it looks like an accurate reproduction of a scene but the photograph is easily manipulated. 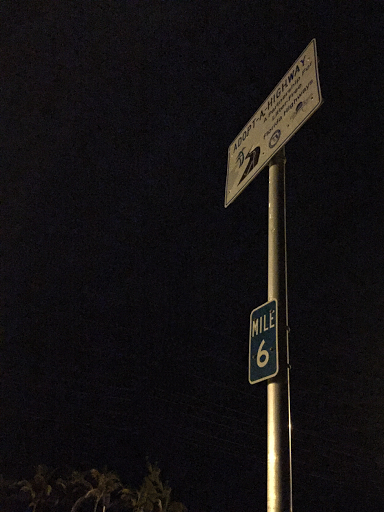 The lights in the background in the picture below are from the Boca Chica Navy Base across the water: 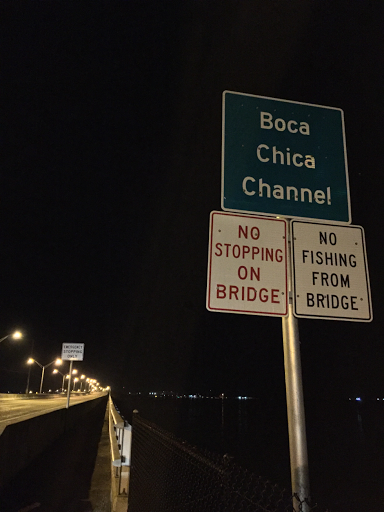 The road is well traveled and the four lanes help move traffic into and out of the city. Most drivers have very little skill passing on two lane roads so the drive from Big Coppitt to Bahia Honda offers no easy passing. As a result this stretch is an important place for people get to past the slow pokes. 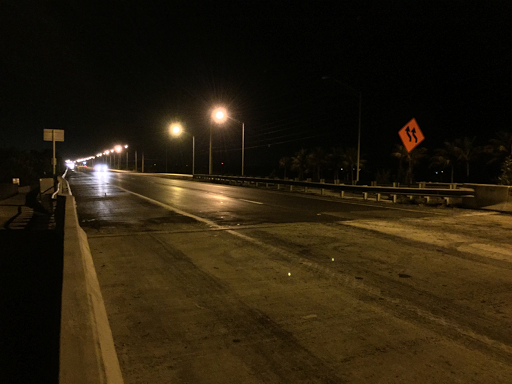 Underneath the bridge the rumble of cars was unbearably loud. How the homeless guy slept I don't know. perhaps her didn't but it was too dark to tell. 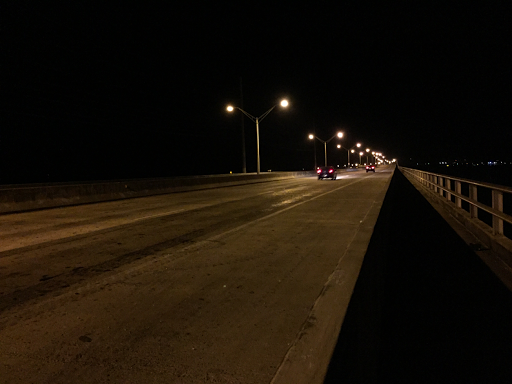 I'm glad I finally got out here and took a walk. I'll come back during daylight before too long. Perhaps there won't be people sleeping then. Under bridges...in the richest country in the world...and the most religious. Humanity is paradox.
Posted by Conchscooter at 12:01 AM 3 comments: