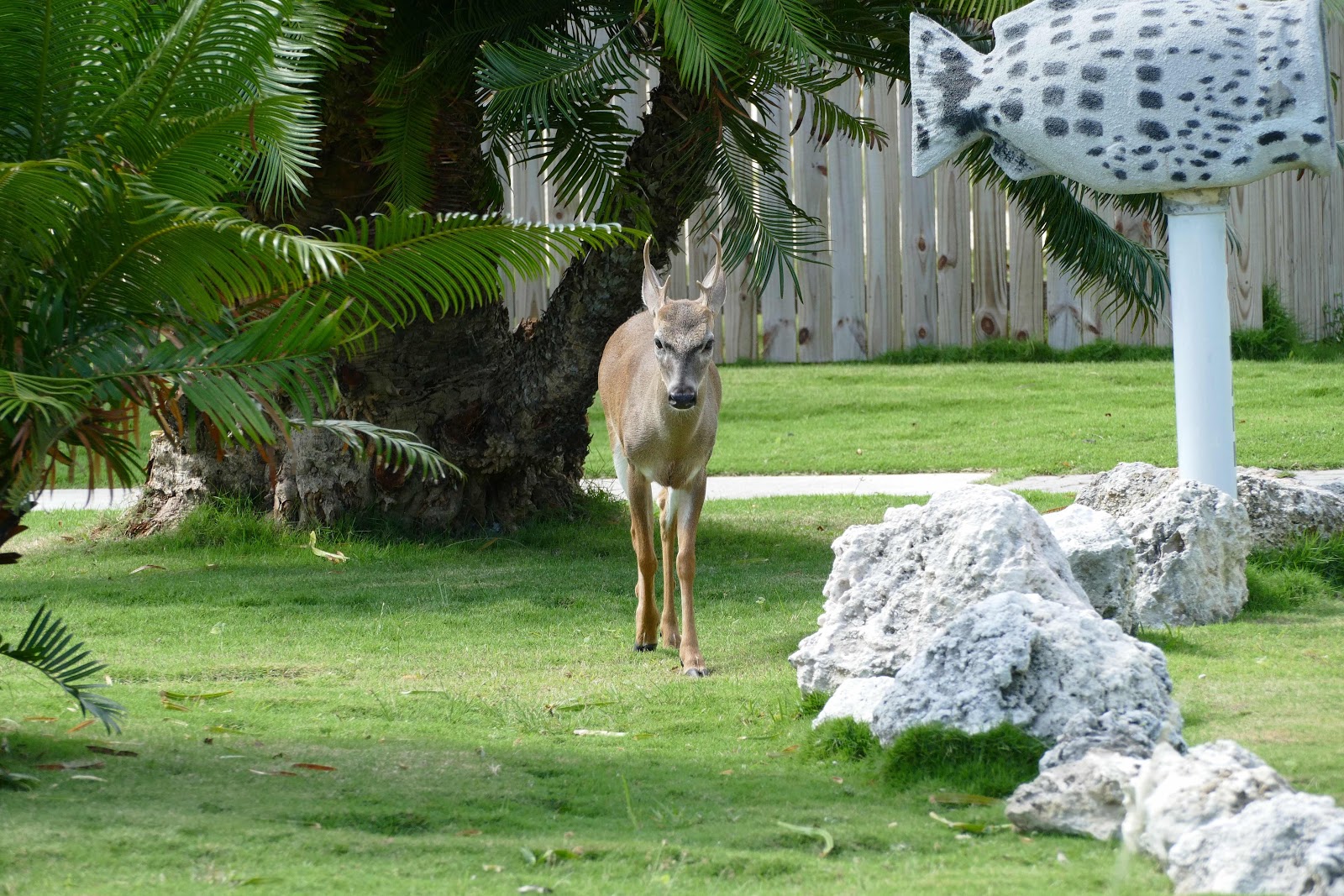 Wildlife above, still life below: 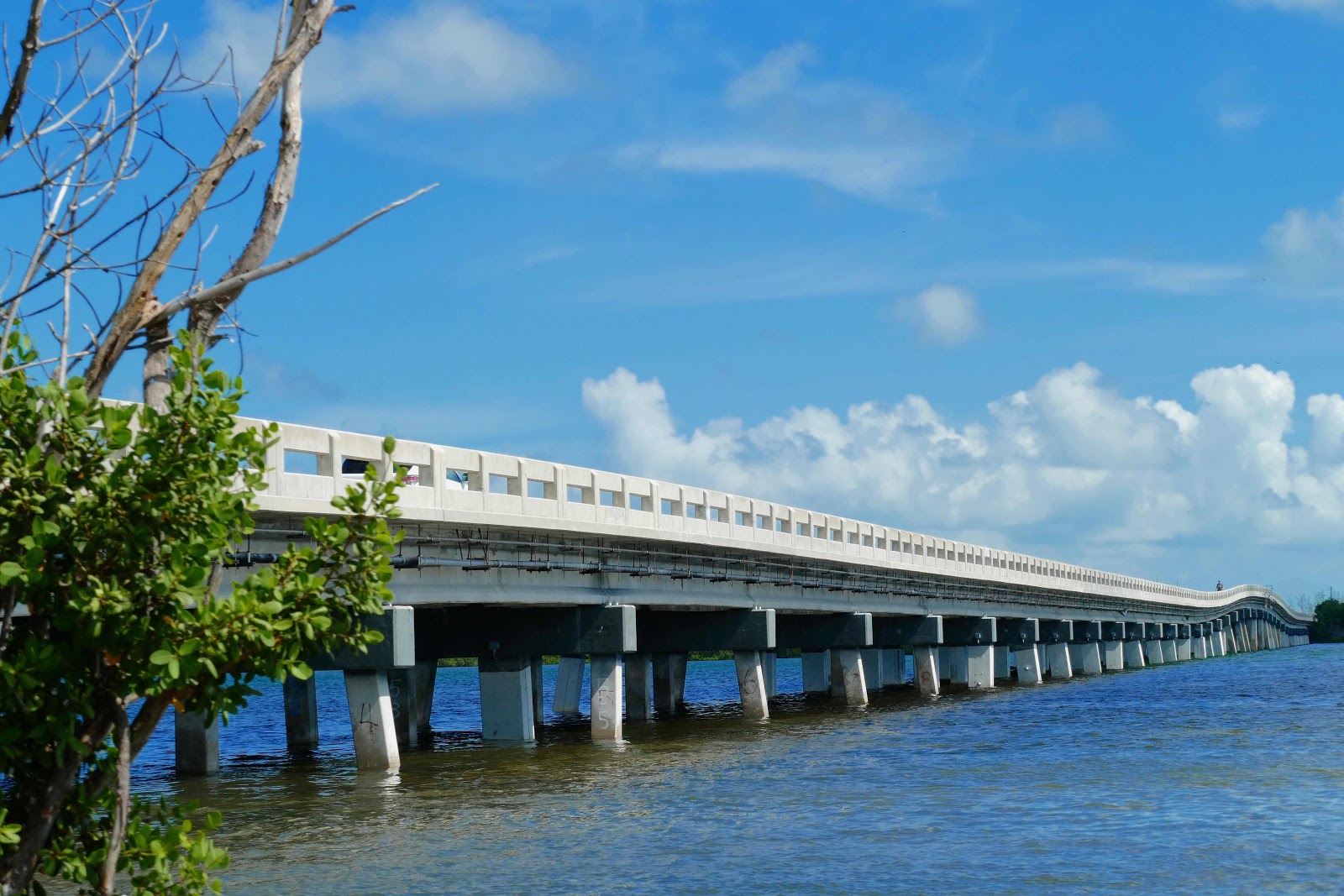 The bridge joining Big Pine (to the left) to No Name Key at the other distant end. I decided to go out and see what I might see. My head was filled with visions of people fishing or boats buzzing, on  pleasant afternoon that seemed wasted on a day off unless I were out in it. So I went and took Rusty. 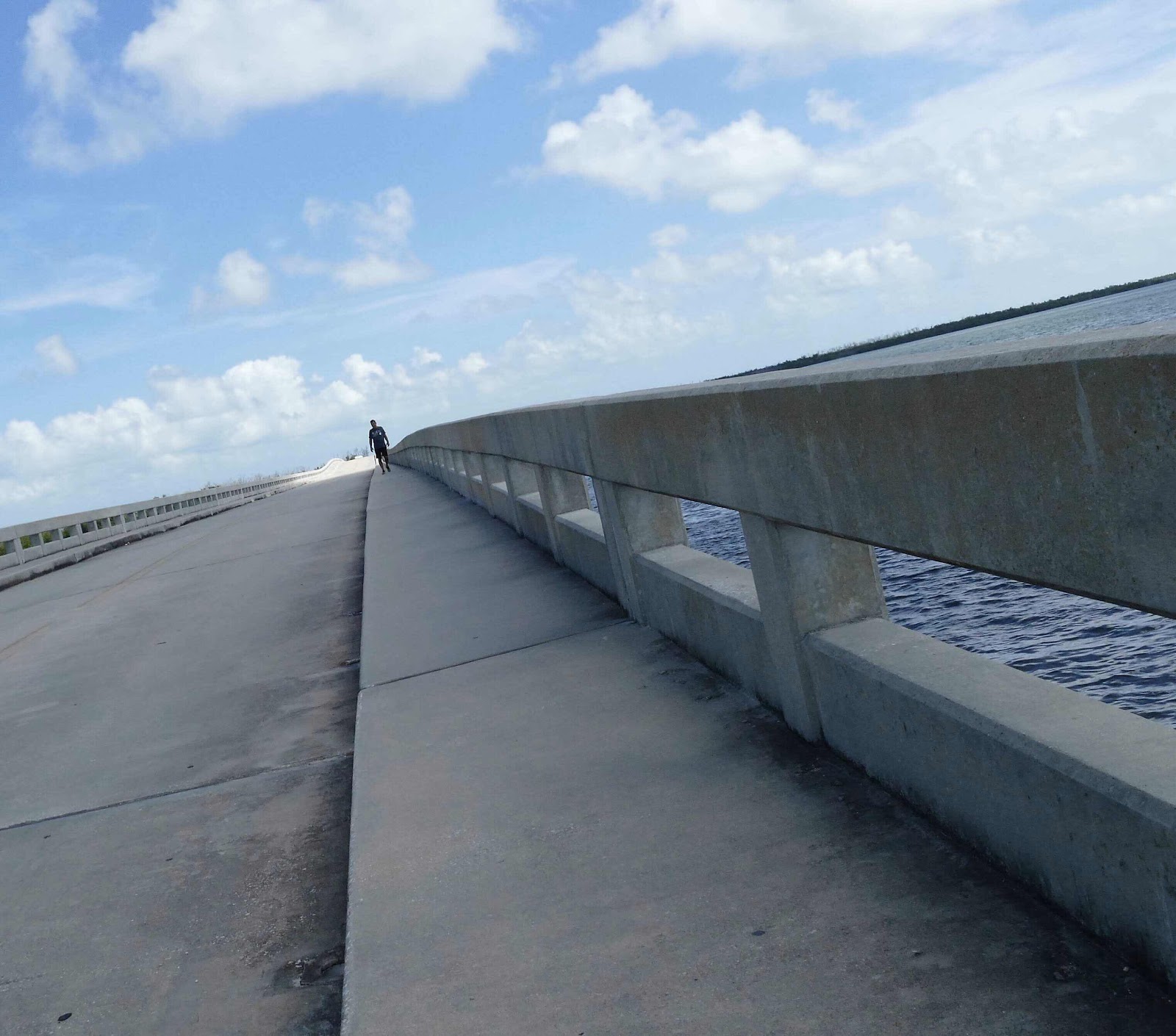 The bridge was devoid of life and the waters of Bogie Channel weren't much better: 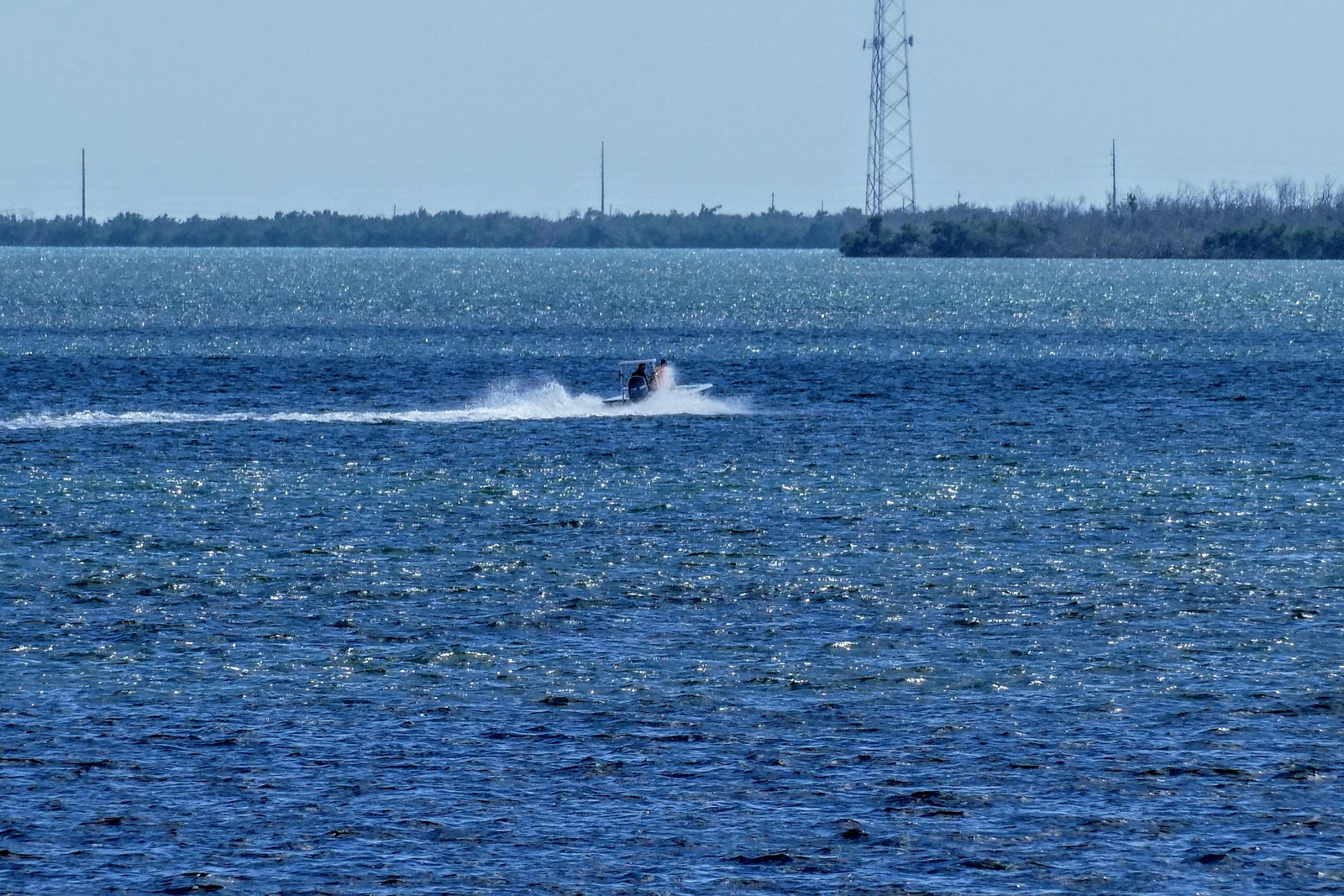 Rusty had been entirely reluctant to go out on the bridge in the first place. He is so smart he could tell there was nothing there for either of us and he was ready to turn around as soon as I gave the word. Despite appearances I am actually in charge when we go out together though I do take advice from him as he is really smart. 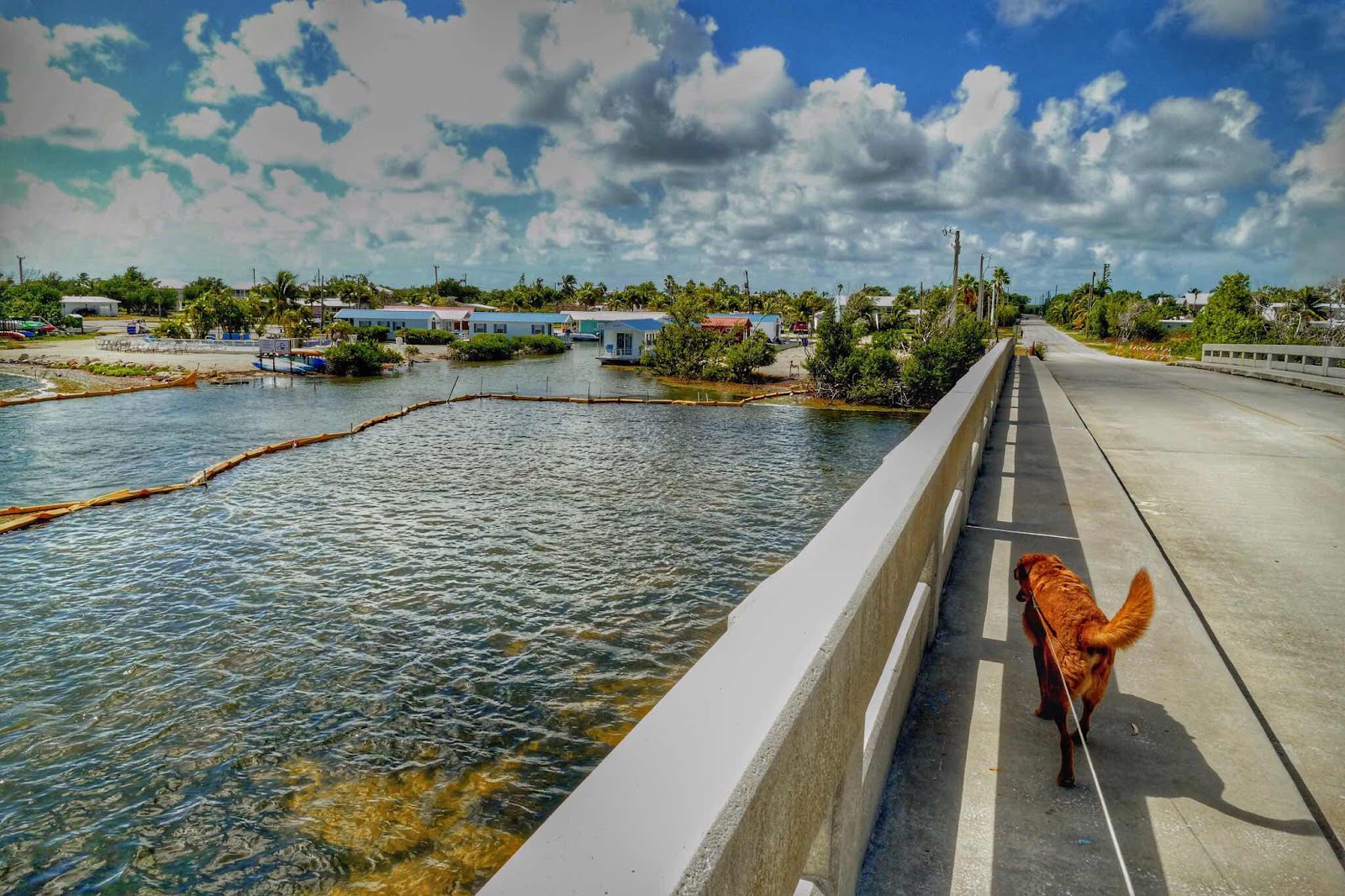 He was not hugely interested in going for a longer walk and i suppose the fact that it was hot helped make up his mind. Across the canal a typical suburban home: 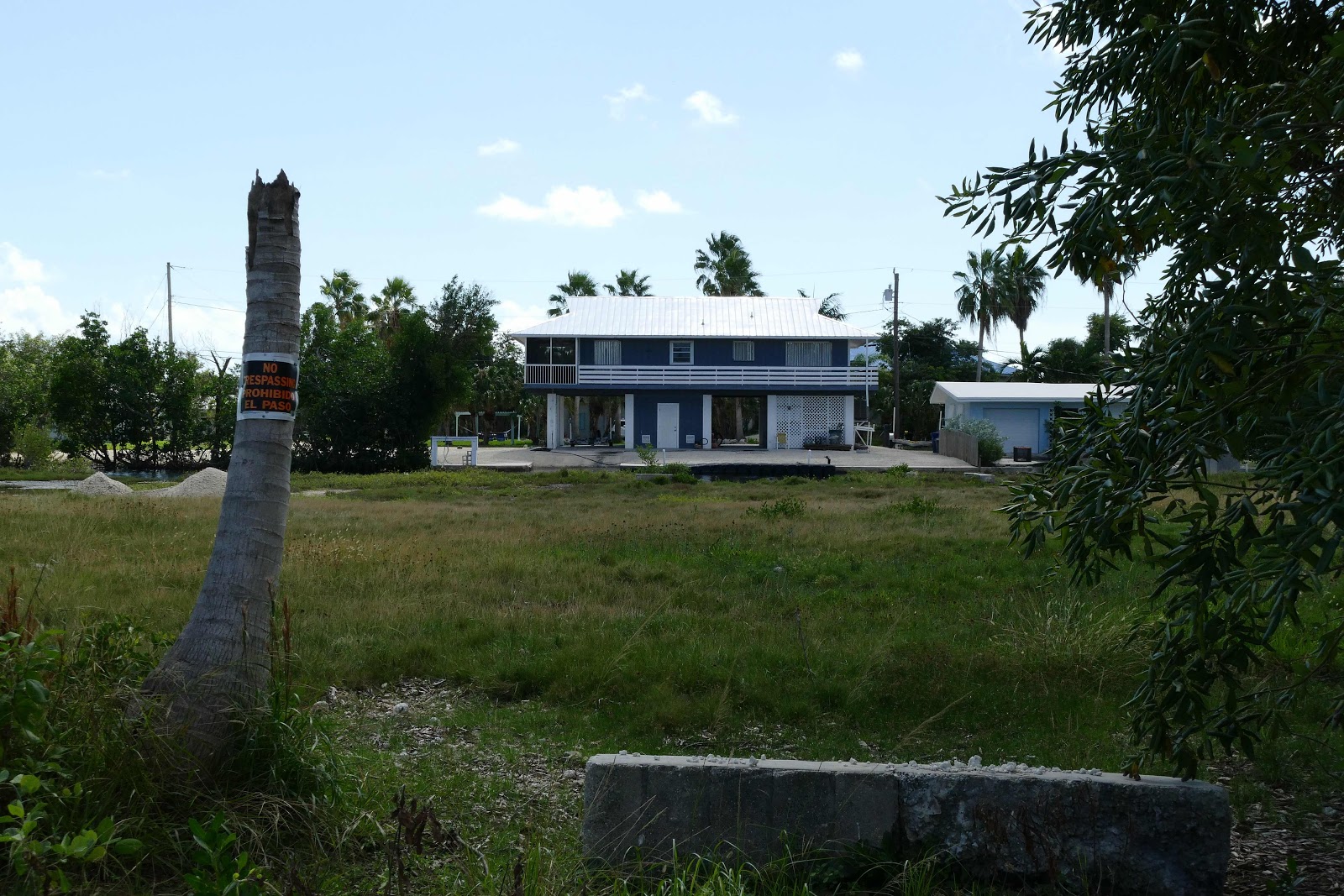 I was standing on Watson Boulevard a hundred yards from the infamous N Name Pub which is actually in Big Pine. There are three essays in the files on this page but the earliest was, much to my astonishment more than eleven years ago: Bonneville At No Name. I am forced to concede my photography has improved over the decade helped along I am sure by improvements in digital technology! The old Wooden Bridge Resort and Marina which was blown away by Hurricane Irma has been replaced by a new facility that offers fuel and floating bedrooms. Rather cool I think for a slightly different vacation. 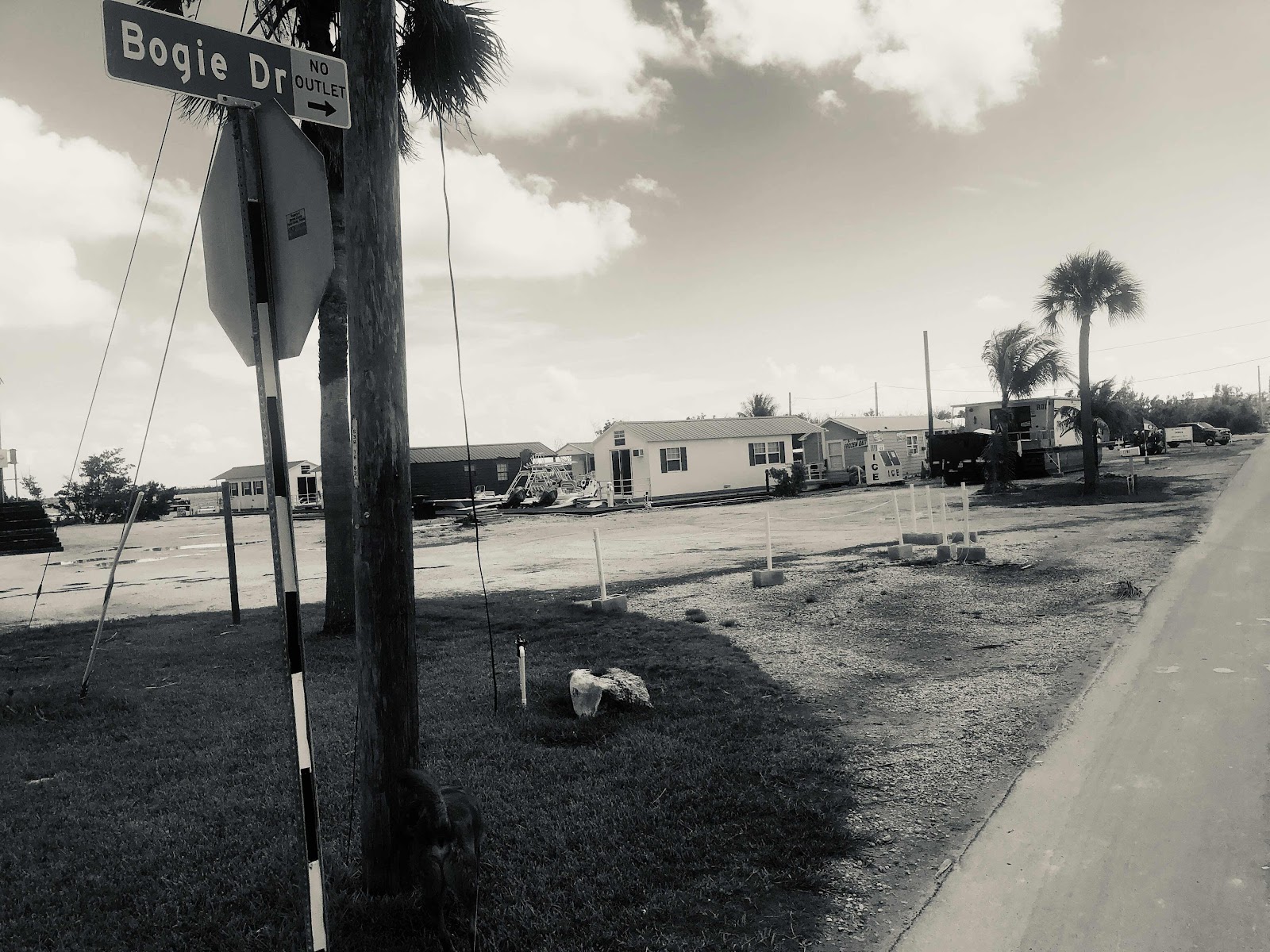 However traces of the damage caused by the monster storm are still all too apparent: 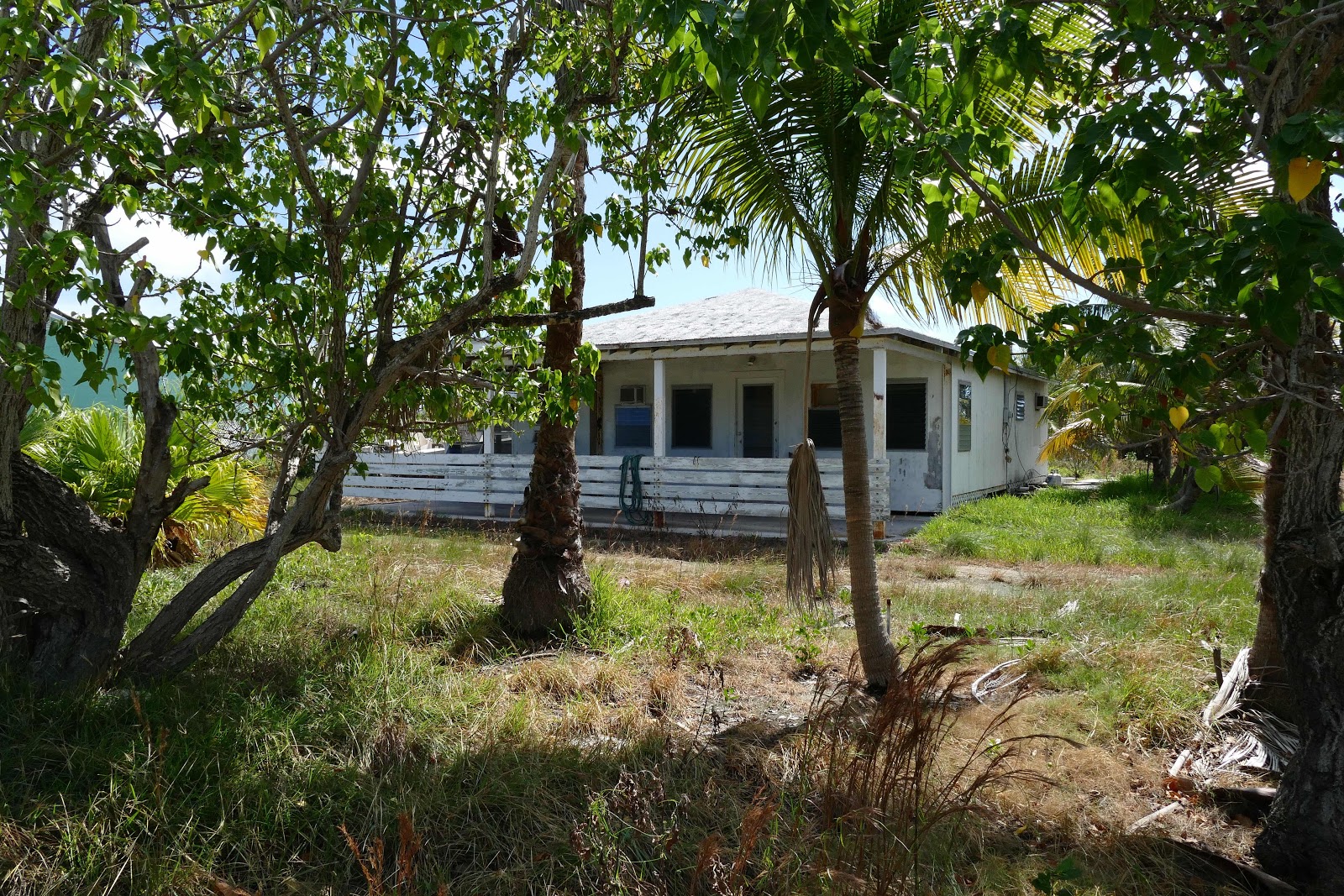 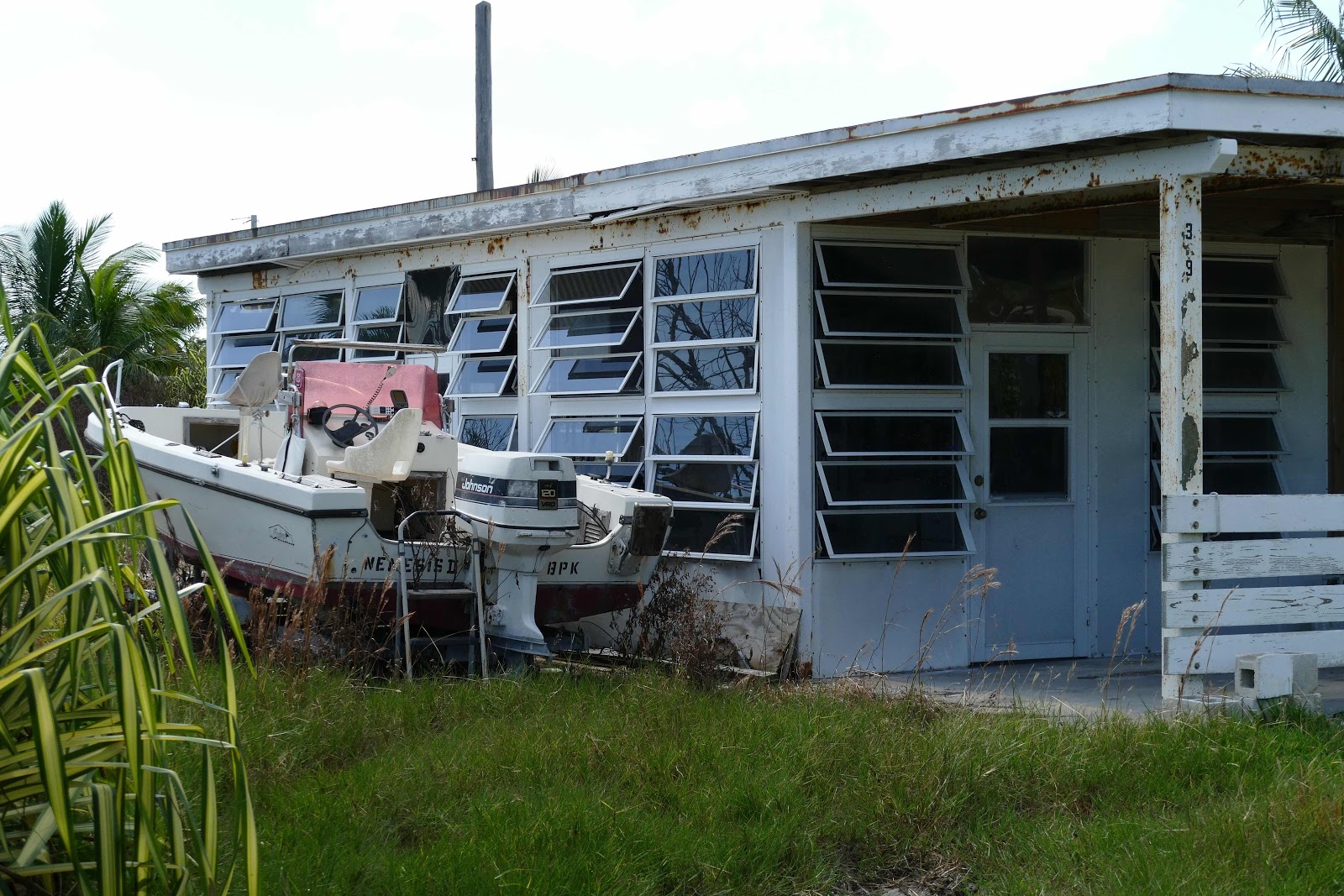 I was glad I got to come out over the wishes of my dog. 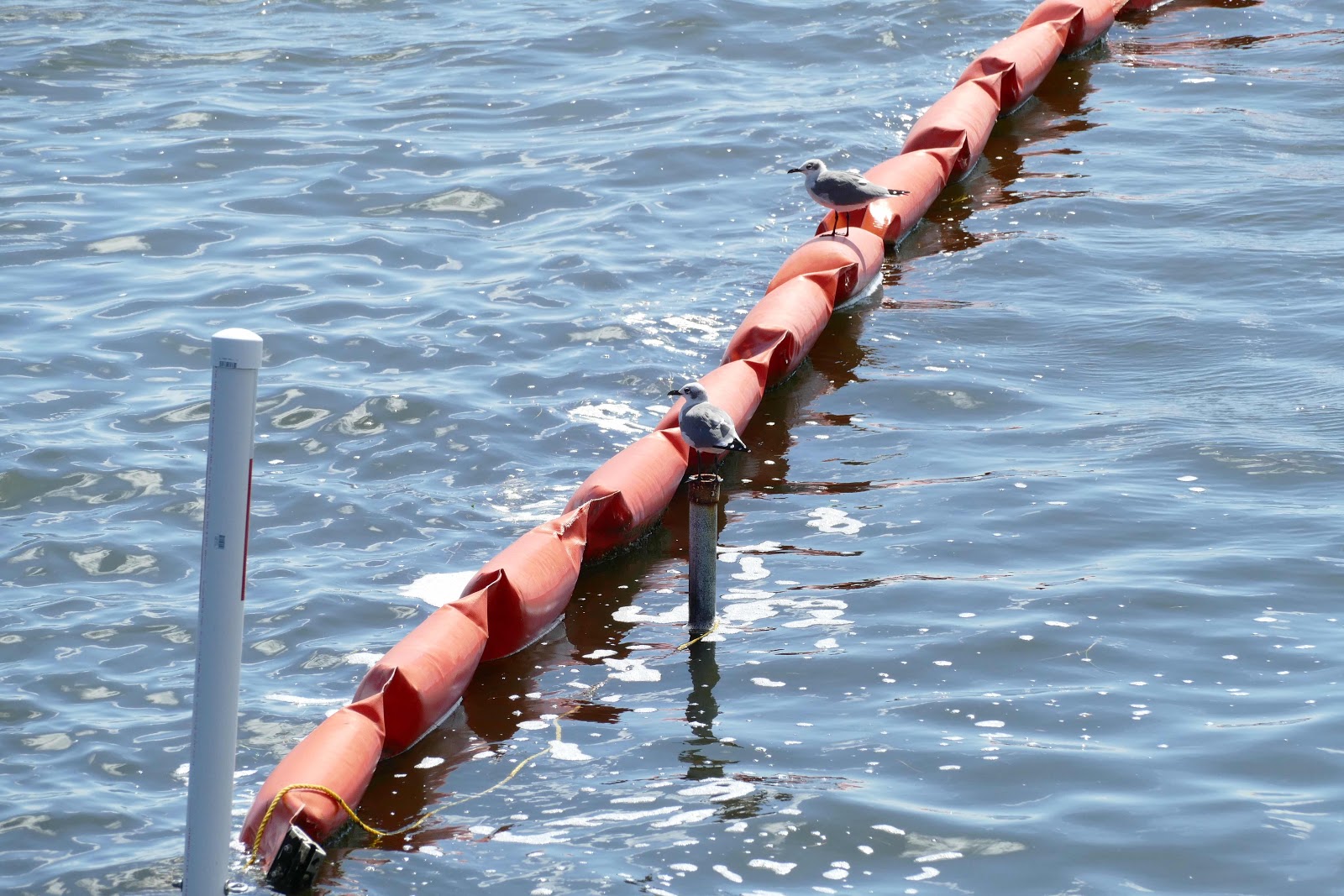 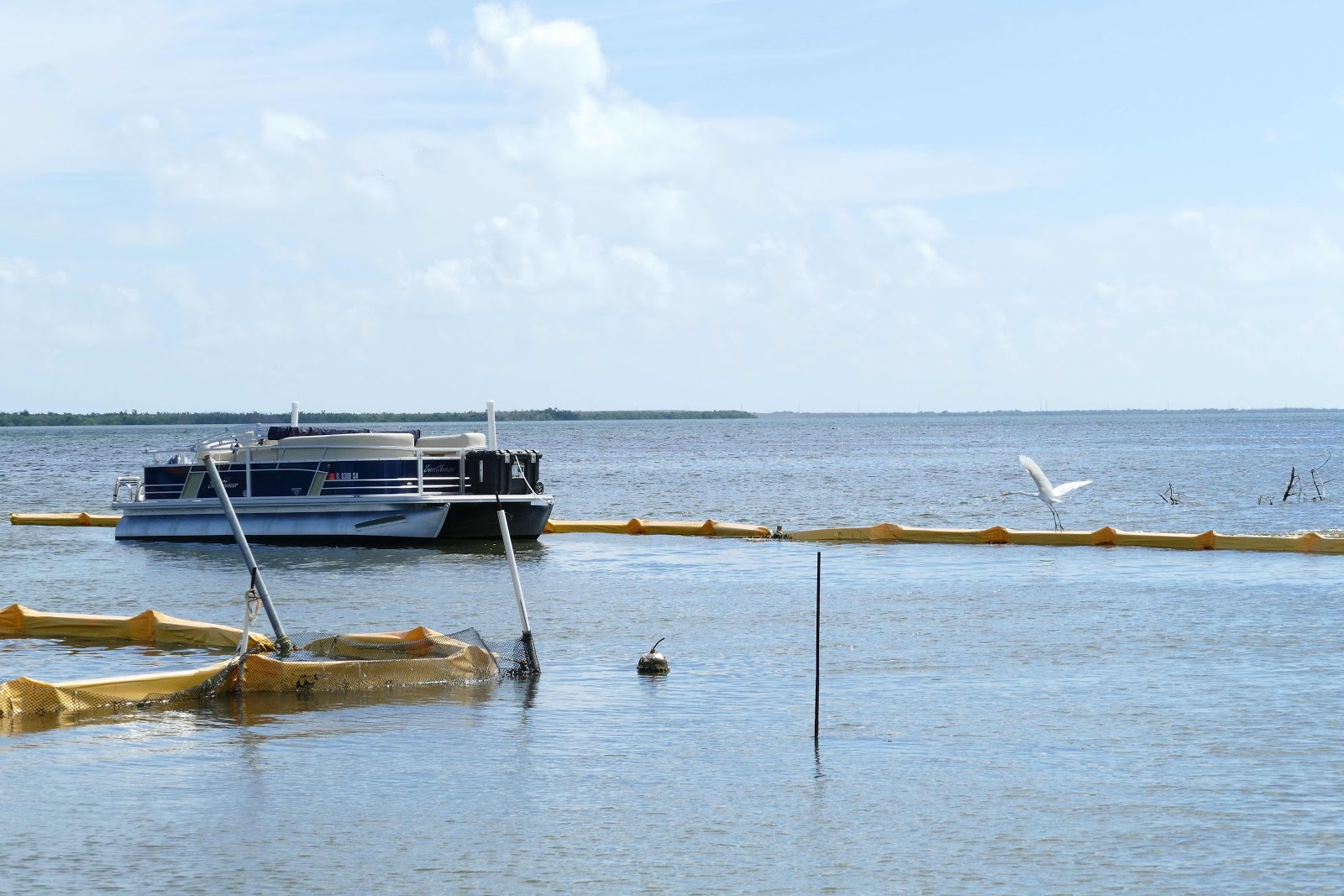 Plus we got to see a Key Deer which always provokes interest interest in my dog who is well known to be scared out of his wits by chickens. Why he things Key Deer are fascinating I can't say. 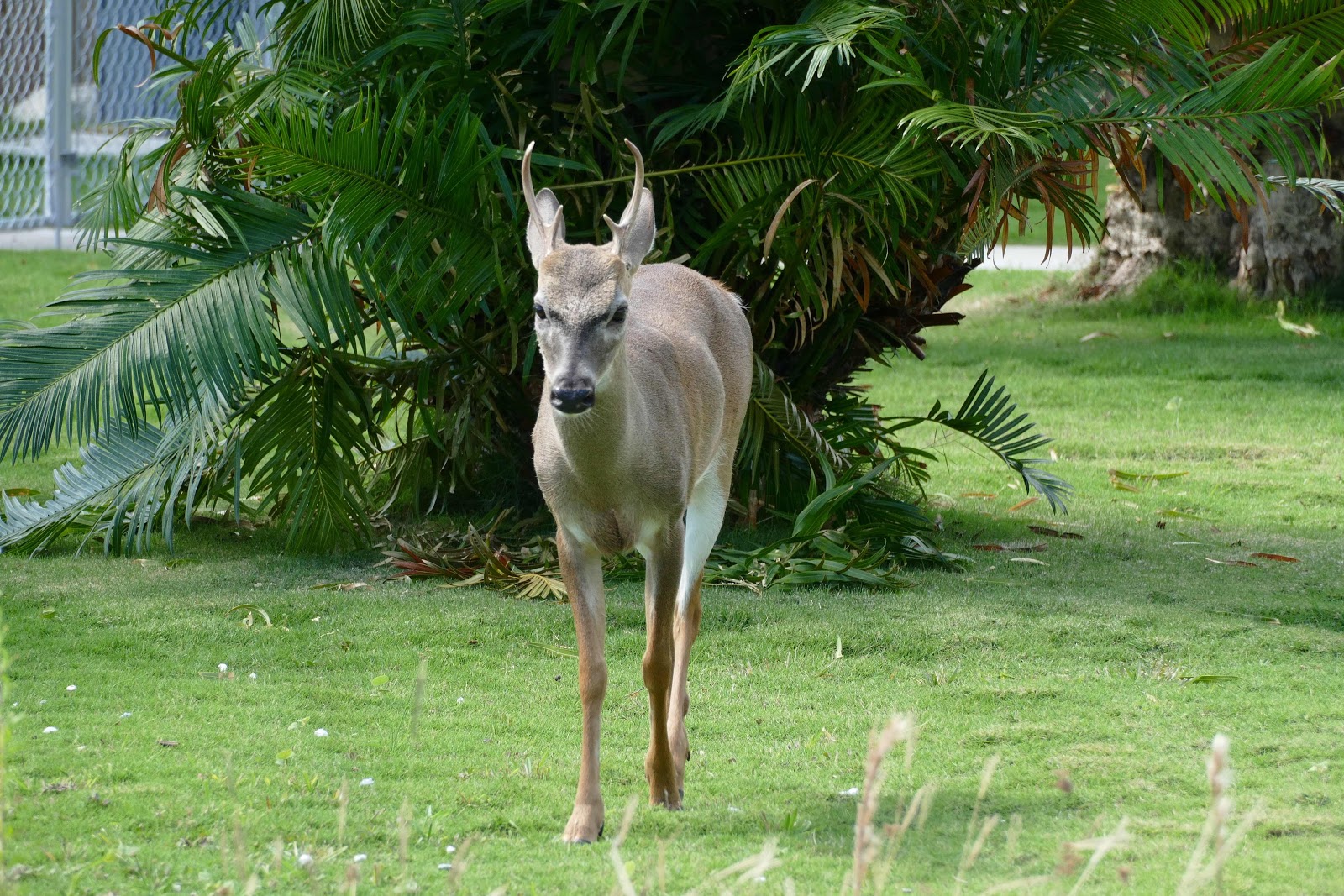 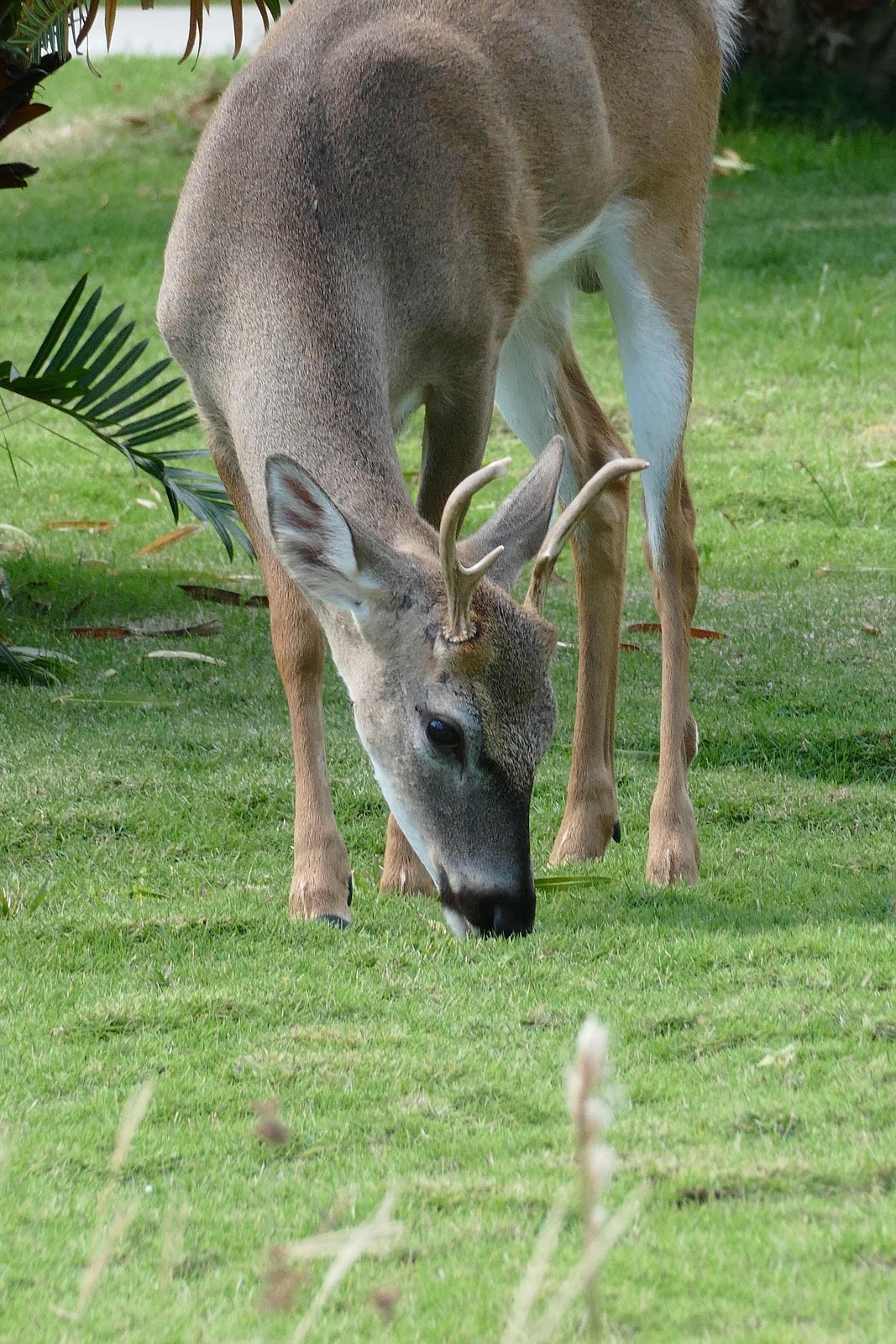 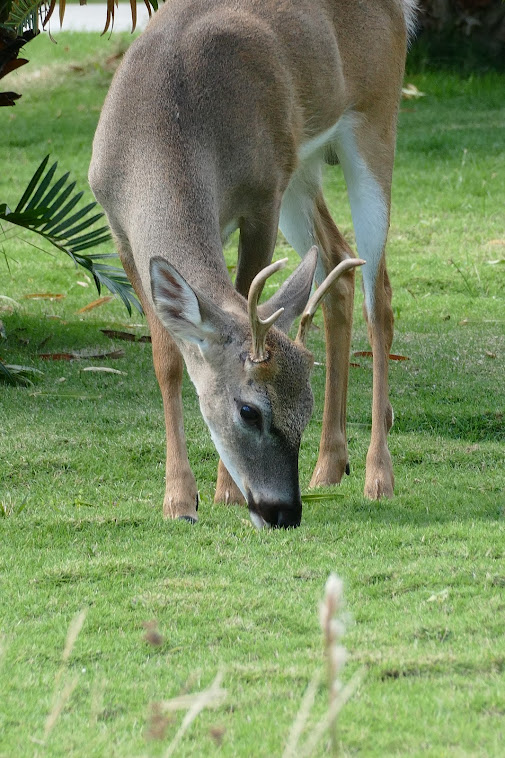