Sky, Water And A Crab

It was a funky morning and after Rusty got his main run I stopped the car on the way home to explore that spot on the road where an old Flagler Railroad bridge has been converted into a fishing pier. It was a good morning for that as there were no anglers  on the old bridge to be pestered by my overly friendly dog. 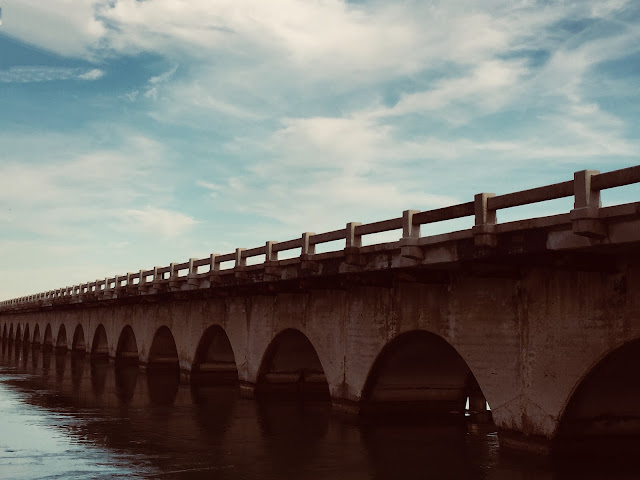 Rusty did it again. He was trotting off down this dead end road where I had stopped to let him run and a  car came by and stopped to talk to Rusty. Like his last encounter it was a woman with an unhealthy interest in my dog who was hamming it up for her such that she got out of her car and seemed to resent me when I showed up to reclaim my dog, the one with the big happy wagging tail. 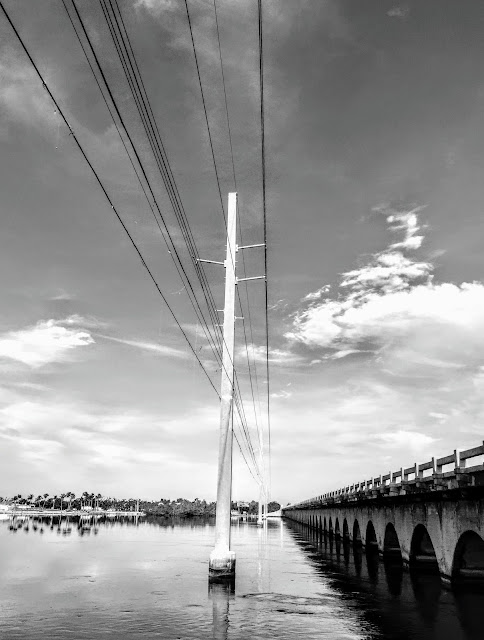 One of these days I'll let him take off with a stranger then he can see how fast they lose interest in walking him reliably every day and fussing over him.  That would teach him. Sniff. 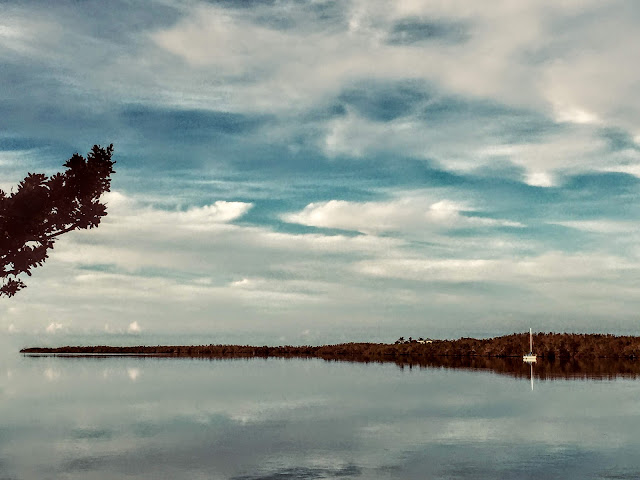 Meanwhile the photo above reminded me of Fall in a temperate climate with the apparently brown foliage on shore. 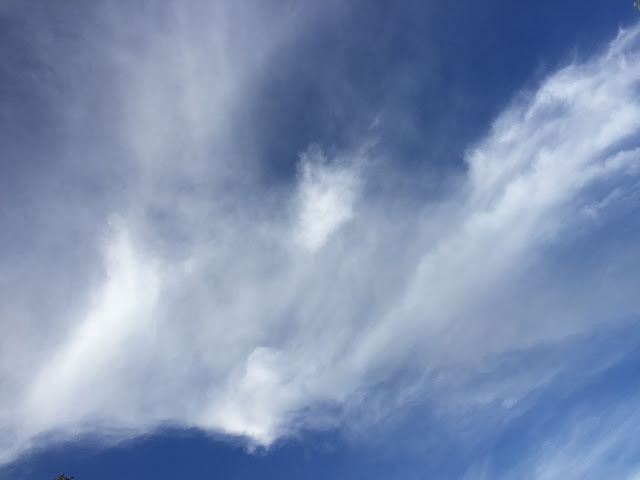 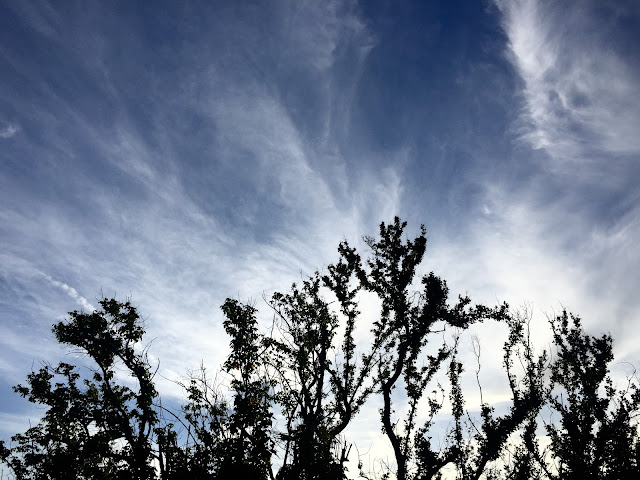 My irrepressible dog found some land crabs and I feared for his nostrils as they are quite huge. 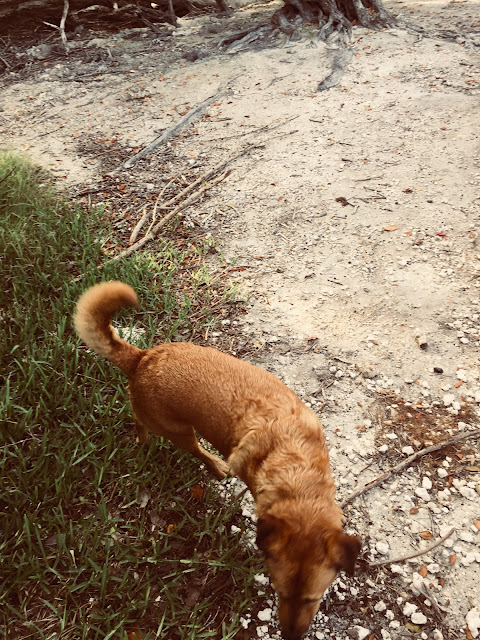 Indeed I found one backed into a  hole too small for it's vast bulk so I got up close to look at him. 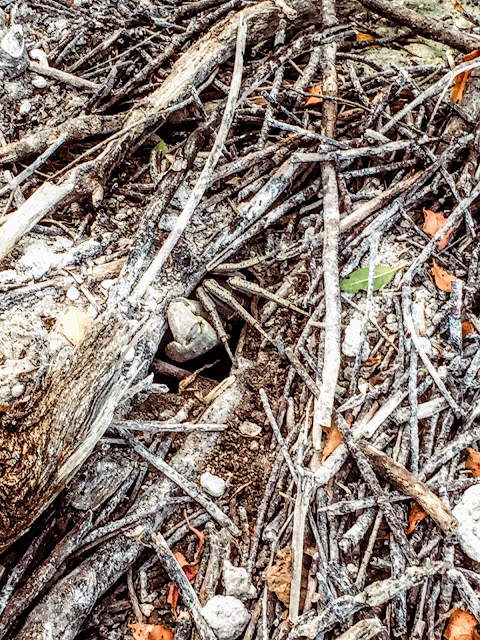 Prehistoric looking things. No satisfaction at all for a dog looking for a live Frisbee. 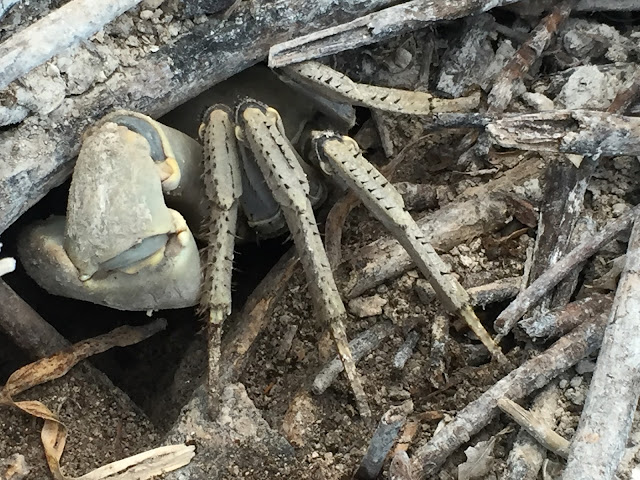