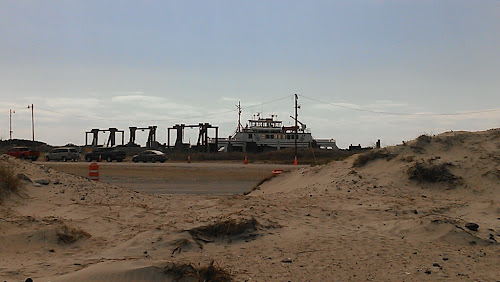 Our introduction to Ocracoke was not promising. The weather was foul, 45 degrees and raining with a wind from hell shaking trees signs and window frames. We drove the splendidly paved thirteen miles from the desolate ferry landing into the village. Our bed and breakfast, the dog friendly Pam's Pelican was immediately on the right opposite the village gas pumps (regular, premium or diesel, pay at the pump) and we parked the car. 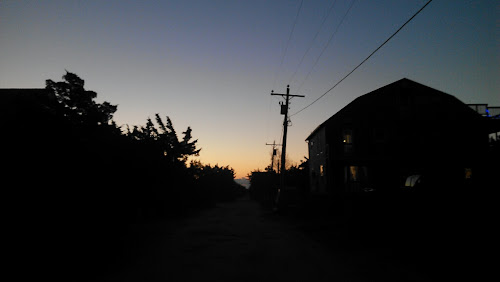 The first order of business was to walk Cheyenne after we checked in. This was my first evening in the village so I carried a leash. It was soon made clear to me dogs have the run of Ocracoke and everyone looks out not only for each other but their hounds too. We walked to Howard's Pub where Cheyenne was not allowed outside on the deck so we left. Trip Advisor reviews of Howard's were negative enough we never went back. Hmm, now what? 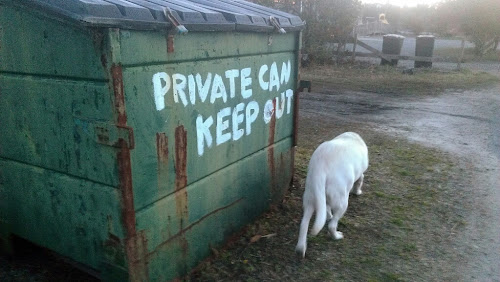 As silly as it seemed we got back in the car so we had a kennel for Cheyenne and we drove around the village. There wasn't much. Sidewalks? Nah. A town square? Not likely. There was no there there, as Gertrude Stein remarked dismissively of Oakland. 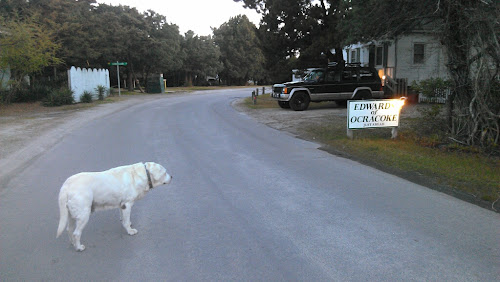 People speak of Key West as "the island." Ocracoke really is an island with two fifteen dollar ferries to mainland North Carolina in addition to the free ferry to Hatteras at the north end. But by the time you reach the Cedar Island and Swan Quarter ferry terminals you have reached the southern end of Ocracoke. 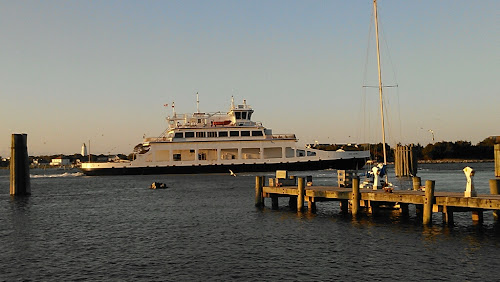 Ocracoke Island measures ten square miles shaped like a comma or a tear drop, long and narrow with a bulge at the southernmost end. The bulge is the portion of the island that is outside the Hatteras National Seashore, the beaches are all part of the national park service. Some of the docks are too. I was forced to wonder what do boaters do if they never reach the kiosk? Of all the signs that litter Ocracoke this was the only one I saw with duff syntax. 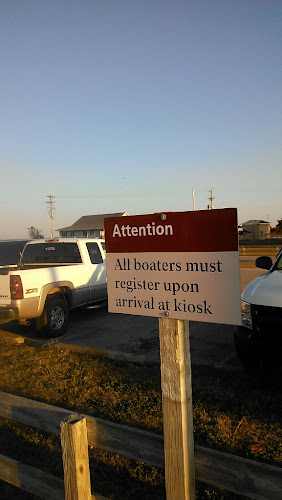 The sunshine that greeted us on our second morning was welcome though our future on Ocracoke hung in the balance as we contemplated foul westher and freezing temperatures. Flee south? Maybe... Our first night we had dinner from the only open food truck, Eduardo's, oddly enough Mexican food prepared by one Ocracoke Mexican. We huddled over our room heater and marveled at our good delicious cheap dinner find in so unpromising a village. 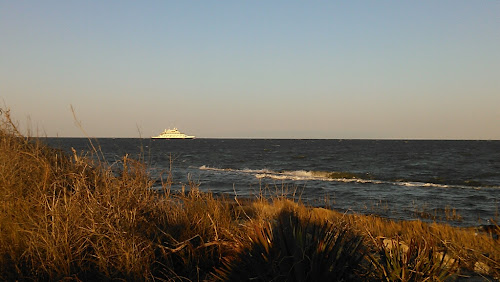 Parts of Ocracoke are very dangerous which is surprising as bicycle theft is the only crime reported among residents. Most bicycles are borrowed by drunks trying to get home but occasionally bikes get taken off the island. Locks are recommended in high season. We were in ultra low season and we could have borrowed quite a few unguarded bicycles... 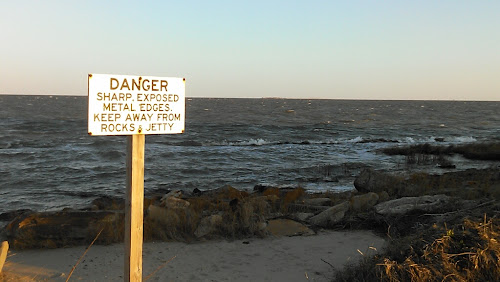 Ocracoke is an out of the way place, free from chain stores and not often crowded except in summer high season. But in times of conflict the Outer Banks have seen many military invasions. Piracy was real here unlike Key West's piratical fantasies and Edward Teach took refuge here before losing his life off the southern tip of Ocracoke. During the unpleasantness between the states Ocracoke saw Confederate occupation followed by Union Occupation to blockade the rebels and secure shipping lanes for Federal shipping. 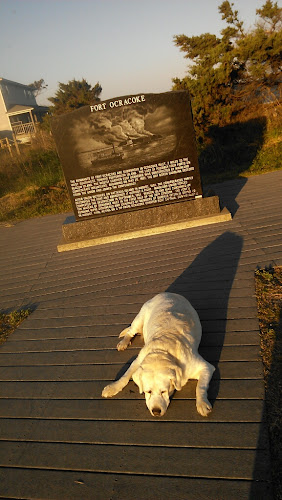 Nowadays the only invasion is of people and money between Easter and Labor Day. We arrived the week before Easter in foul weather and we got to see the place as it might appear in winter. By the time we left on the first ferry of the day to Cedar Island on Maundy Thursday things were heating up. Pony rides were on offer, rental racks were full of bicycles while stores and restaurants suddenly sprouted "open" signs on the streets. 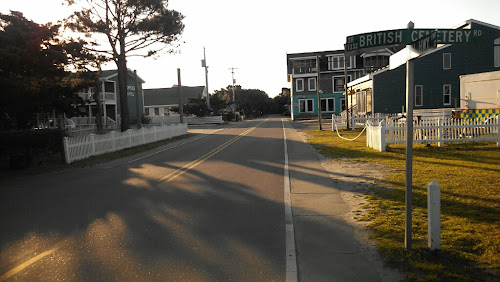 Speed limits are 20mph on the streets and 25mph on the main road through the village. All this encouragement to slow down seems silly when there are no cars around, but I took the signs as an indicator of summer madness. 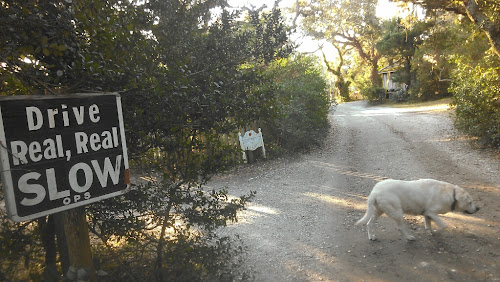 I'm not sure but I think this is the Howard live oak, one of the big ones in Ocracoke. Live oaks take hundreds of years to grow to this size, and according to Ocracoke Island Journal there are a few around town that are big enough to be named. 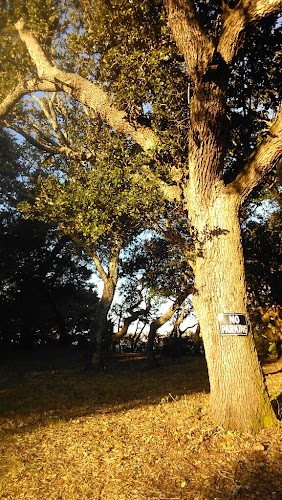 Ocracoke has an eye on it's past even as it builds it's future. 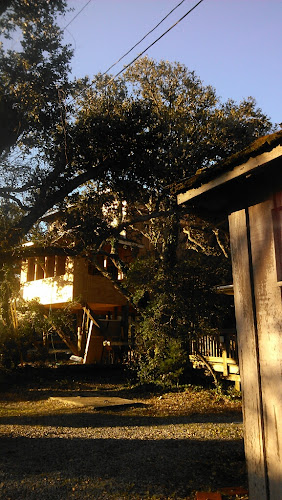 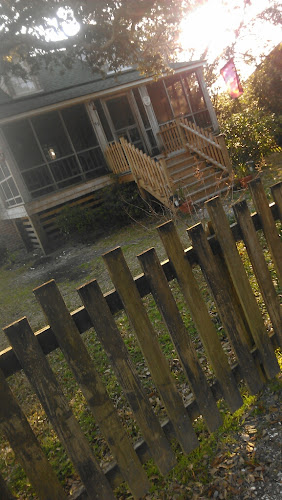 The lanes and alleys of the village remind me of Old Town even though they don't look alike on the surface. 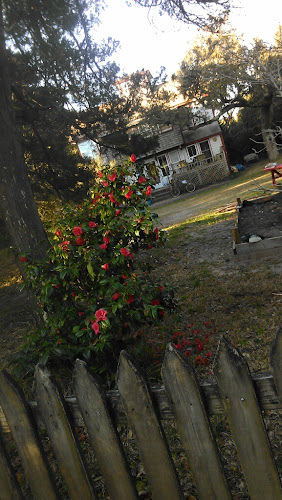 The yards here are large and they remind me of homes and gardens seen anywhere in mainland North Carolina. It's funny but as is often the case maritime communities and hose close to the water don't always reflect an obsession with the sea. 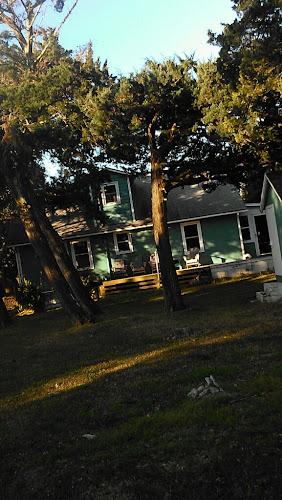 I saw that in Corsica where island residents seem to prefer the agricultural life despite the fact they are surrounded by the sea and only a few of them fish. Fishing is, along with summer tourism, the only industry here and the sea is on every O'Cocker's mind. 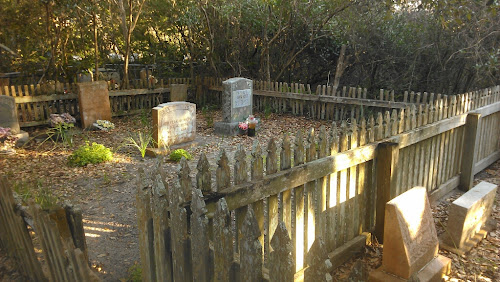 Cemeteries on this odd little island are scattered everywhere. There is no central resting place, rather the dead are buried in family plots hither and yon. But children go to the one and only school, grades K through 12. They graduated 9 high schoolers last year, the largest graduating class in living memory. 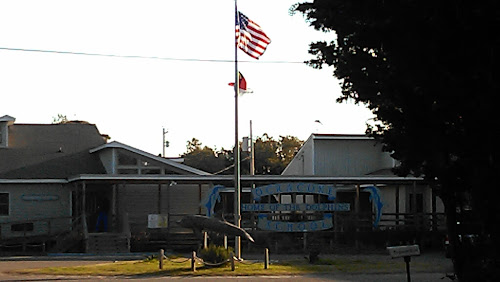 I saw pictures of the wild ponies of Ocracoke in National Geographic magazine decades ago. Today things are rather sad. 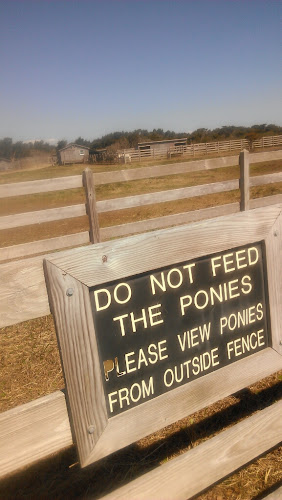 Far from racing in the surf these days the "wild" ponies are sad reminders of what was. Had to be done they say because someone in a car once hit a horse. 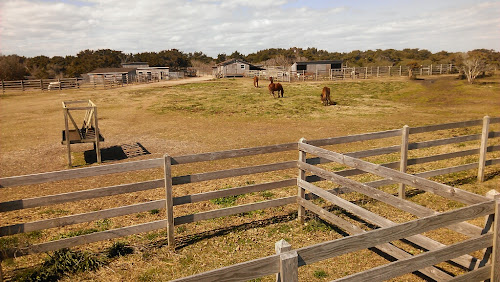 Horses aren't the only ones getting hemmed in. 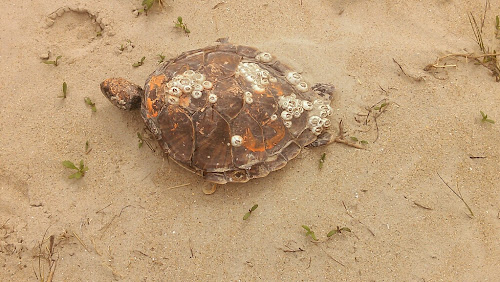 The beaches are long and wild and open. 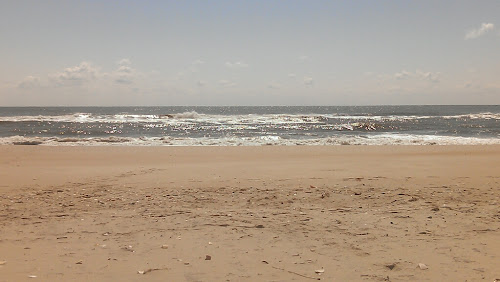 Cheyenne is on a leash even though it's hard to see in this picture of Hatteras National seashore, Ocracoke edition. 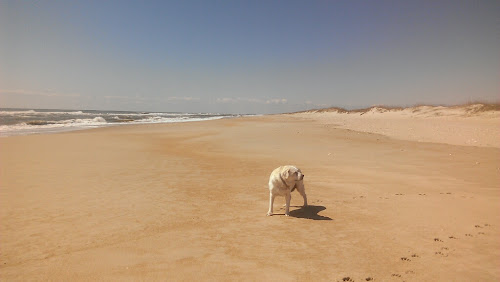 It was a lovely day on the beach with the tide far out. The southern tip of Hatteras is a barely visible dark line on the horizon. 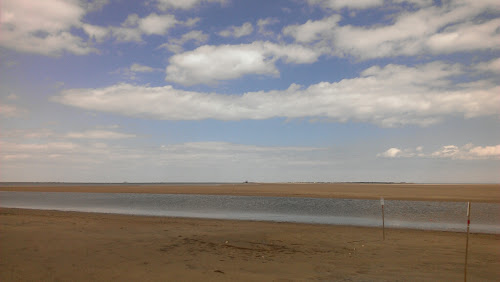 I'd rather not think about this place teeming with people and squealing children on a hot summer afternoon. It was fifty degrees and breezy when I was there. Reality check.