The  day I have  long since been waiting for to arrive has come and by the time you read this gone. Back at work for a mere four hours, a red letter day in my return to normal living. Not totally normal by a long shot, slippers instead of shoes on my swollen feet, but I did arrive at work three miles from my apartment under my own steam. The infamous electric mobility scooter. 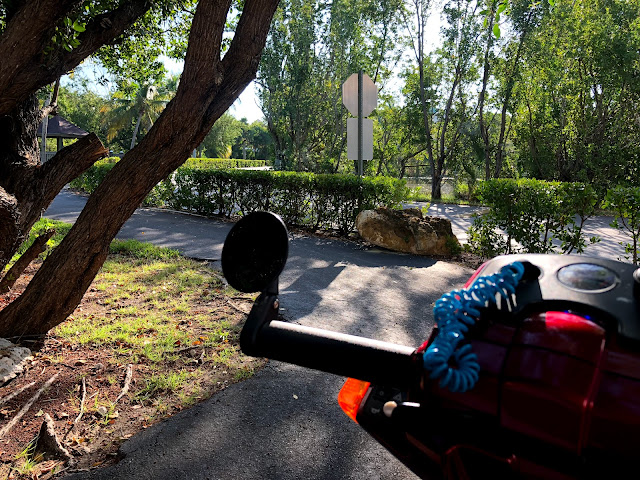 Leaving home on the far east side of Key West at ten minutes before five the sun was starting to set, indeed I turned the scooter's lights on before arriving at the police station an hour later after a rather pleasant commute at four miles an hour along the North Roosevelt waterfront. 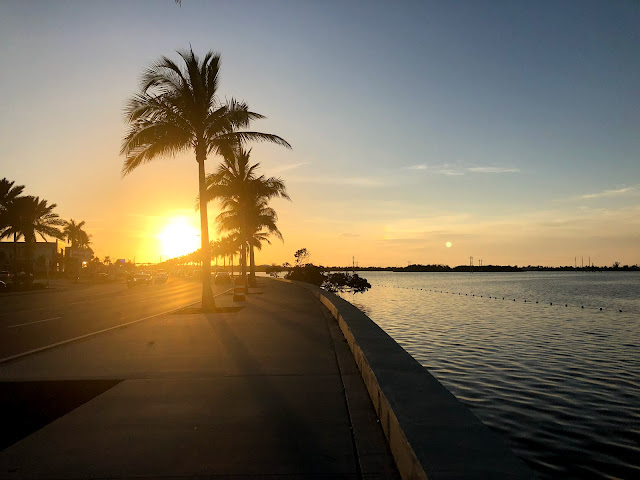 The day started as a blank sheet- no physical therapy, no doctors no shopping even for my wife who left early for work and took Rusty with her so he would have a more interesting day among people as he continues to recover from his torn tendon. I was alone. With wheels. As one person on my scooter forum said I was like a teenager alone with the keys to the car.  did my leg exercises and took off to time the length of my commute. 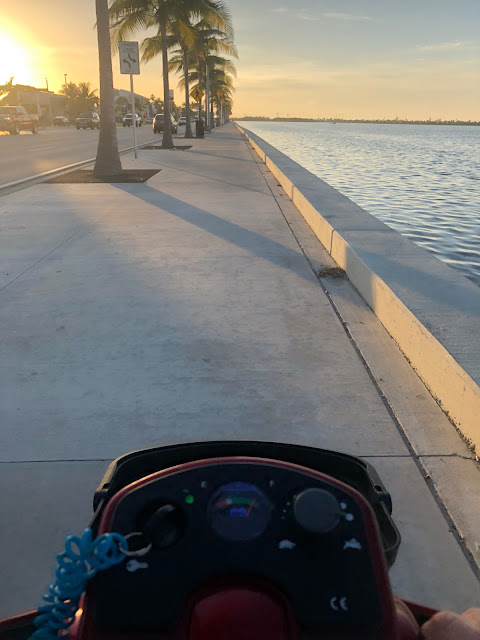 I have to confess that riding the sidewalk in the middle of the day was harder work for me in the sun and heat and as we wait for a cold front to arrive the air gets particularly humid and thick. To my surprise or because of the forgoing there was hardly any traffic on the broad smooth sidewalk. My commute was a blast! Salt Run Creek, near Overseas Market: 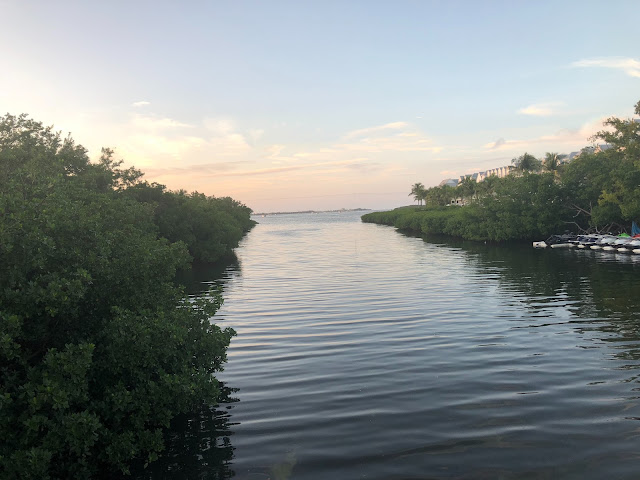 I enjoyed the ride in and work came back to me as I sat in a wheelchair at my desk and logged back into the 911 system.  I took the fire rescue position and started answering administrative and 911 calls. It was in my own words(!) like riding a bicycle; most of it came back. 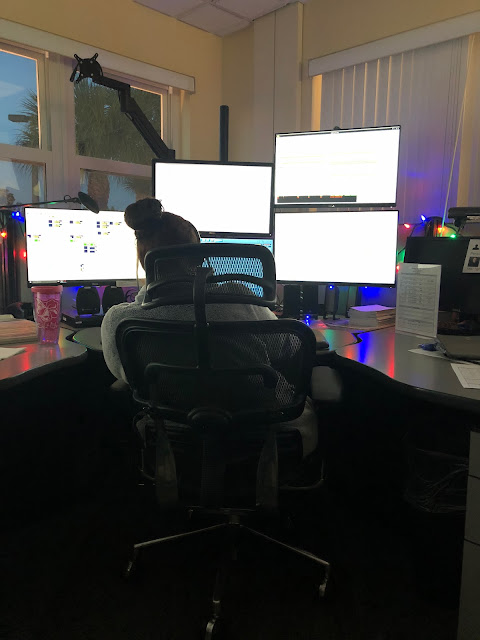 And then the inevitable ride home in the dark along the waterfront, an hour to decompress before I get home to a hot shower and a well earned rest. This is quite an interesting way to work my way back into regular daily living. All thanks to this funky thing: 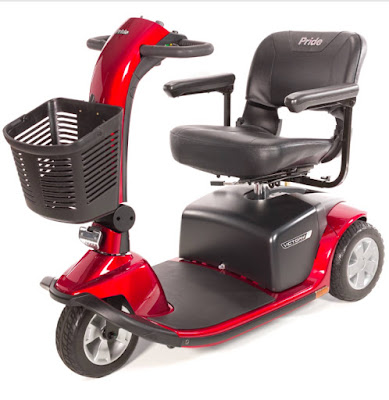 What a strange turn my life has taken. And this is just the start of the return to normal.
Posted by Conchscooter at 12:00 AM 11 comments: Links to this post