When I walk Rusty early in the morning on the back roads of the Lower Keys I marvel at just how much I can have these empty roads to myself. Certainly in winter there are more joggers and fitness buffs in spandex on modern speedy bicycles but most of the time it's Rusty and me and long straight lines: 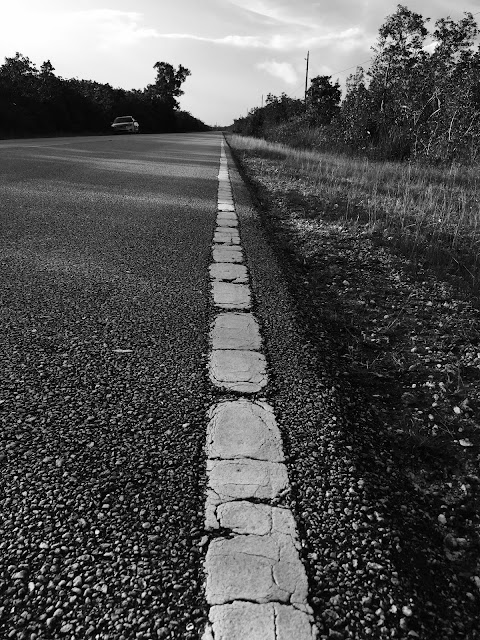 For most people who visit Key West the side roads off Highway One are a mystery and exploration is usually kept to the two square miles of Old Town.  A bicycle with basket and rental sign denotes not-a-local: 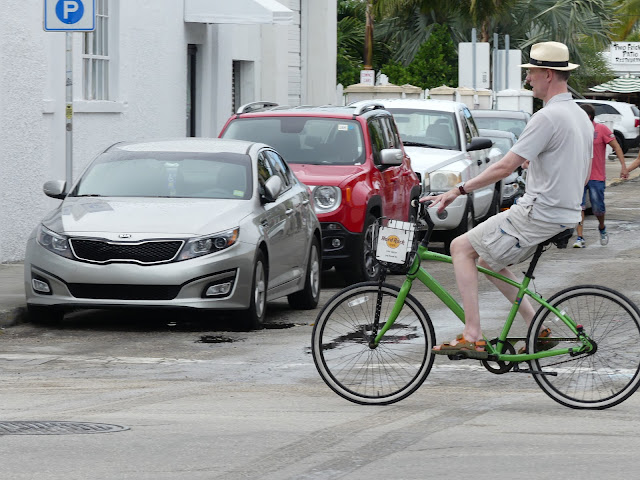 No rental sign on the bike and a sense of urgency would lead me to suspect someone anxious to get somewhere to actually do something other than be on vacation: 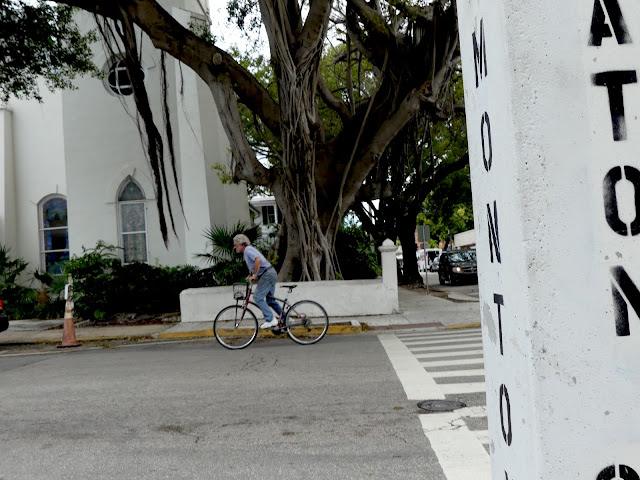 I am no longer convinced a bicycle is best in Key West. Even on my motorcycle I seek tons of people driving with few skills or distracted by cell phones. So it is no surprise to me that Key West leads Florida in bicycle wrecks. 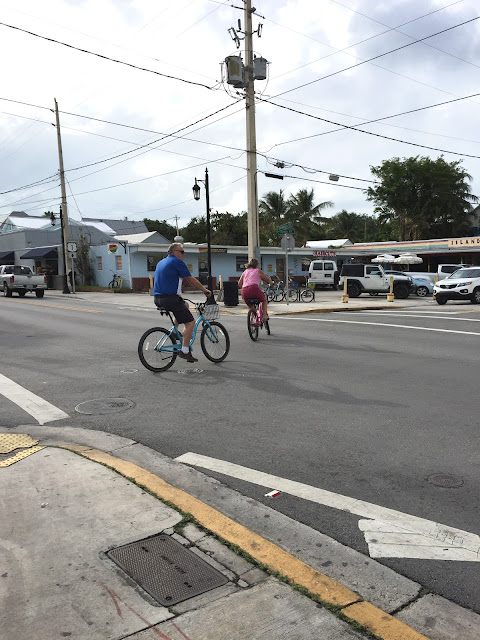 Periodically the state gives Key West money to spend on bicycle "safety" which usually means increased police patrols and tickets for disobeying traffic laws or riding without lights at night. Riding without lights seems daft to me and were it not for the trauma to the car driver I'd say a cyclist run over for riding blacked out would be  a Darwinian improvement to the species. 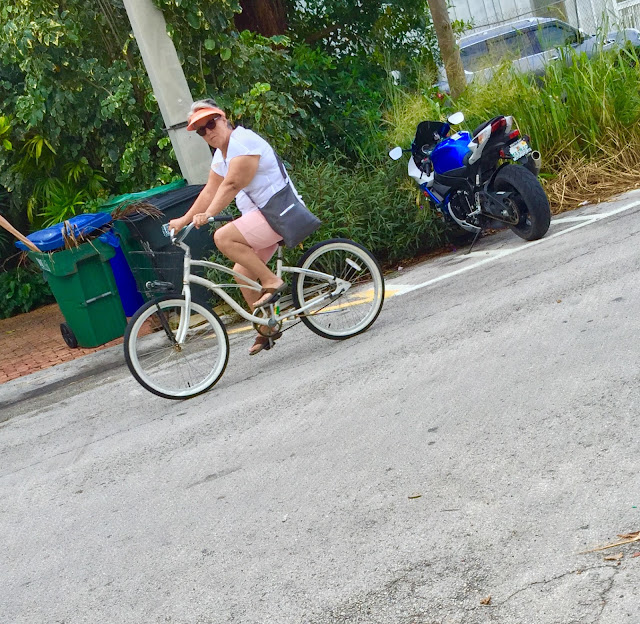 Some bicycles are articles of self expression and I find them surprisingly expensive ("You could buy a motorcycle for that!") and often oddly idiosyncratic: 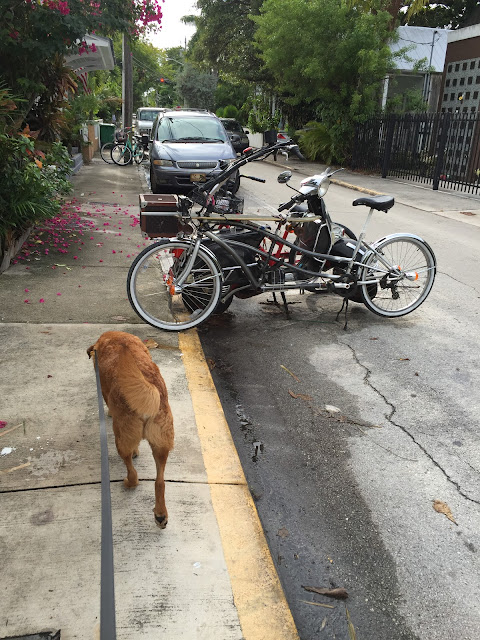 But a bicycle is  a means of transport and  a very efficient one at that. I just don't like being in traffic on these narrow streets  with distracted drivers and pedestrians. I prefer having an engine even though that invovles a loss of stout physical exercise... 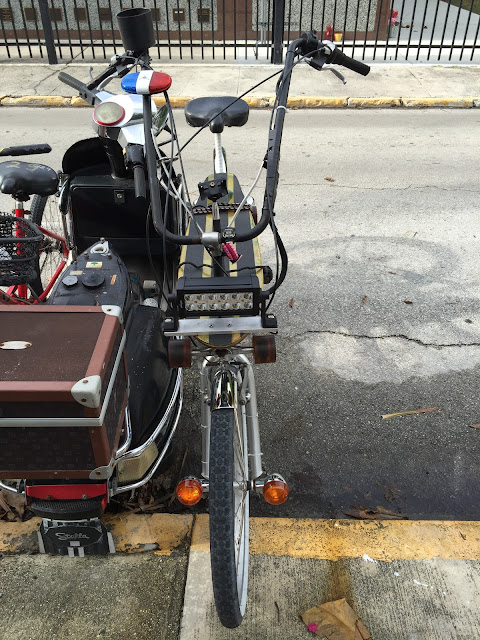 Bicycles are everywhere so my point of view is clearly a minority. Some car drivers absolutely hate cyclists which I find odd as the more people ride two wheels the less the congestion for people in cars. 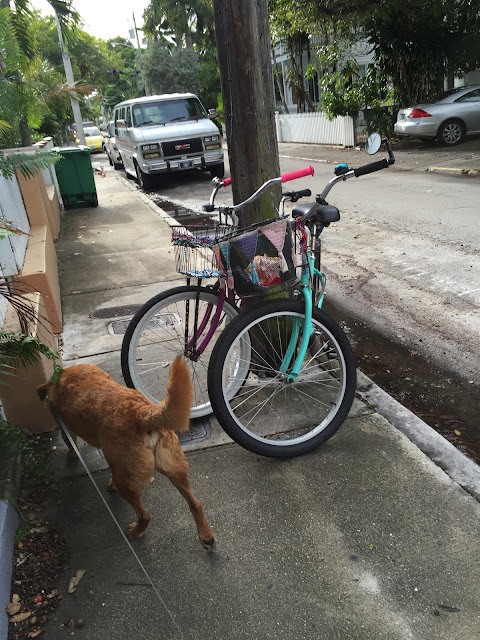 Bicycles are easy to park and don't need to be registered though you can register them with the police in case they get stolen and your bike's serial number will be on file. But they remain paperwork-free in an increasingly complex bureaucratic world. 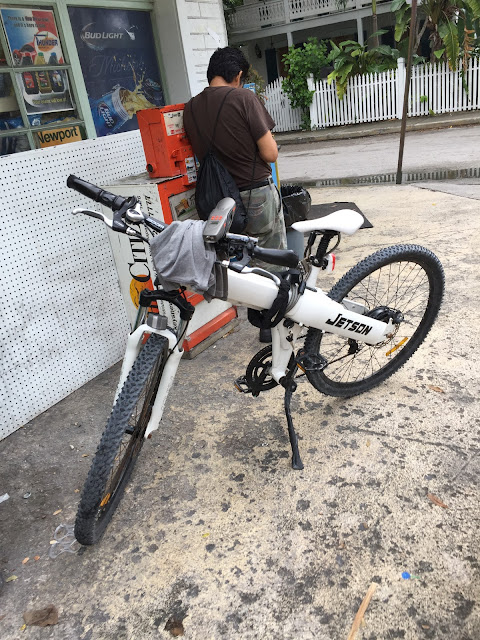 Aside from the fact the streets are narrow and congested the city is pretty much flat and small so a bicycle can make it easy to abandon all idea of a car if you aren't into road trips. Some people in Key West prefer not to keep a car and just rent one if they need one. 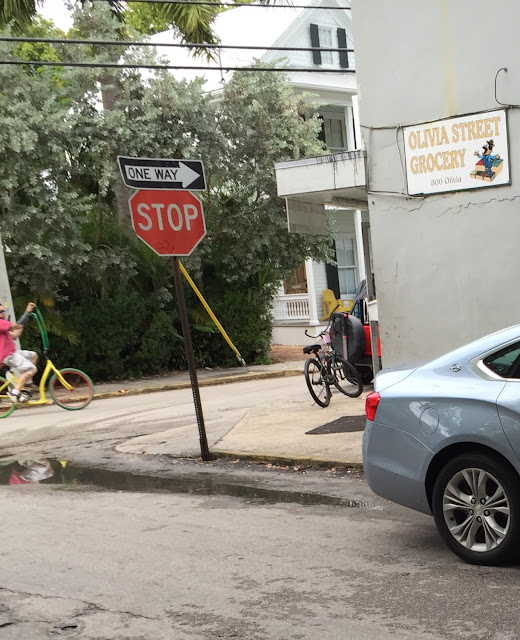 The rules of the road are pretty simple and cyclists can ride on the sidewalk as long as they make their presence known and  defer to pedestrians who have right of way. 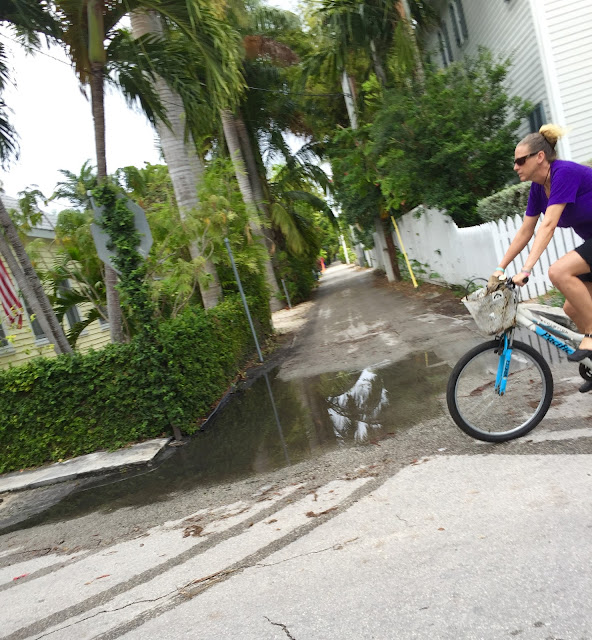 Weather can be an issue as its rarely cold enough to require a shirt for a vigorous cyclist, though good taste and manners might indicate a shirt to be a good idea. 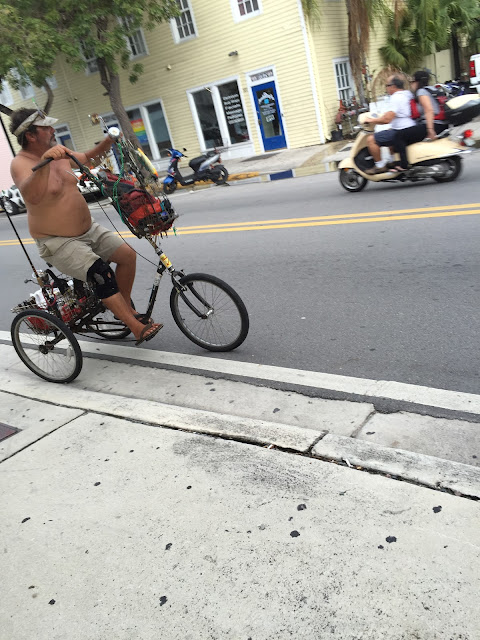 Hot weather and rain are much more likely to be a problem in the Southernmost City and showing up for work neat if you work indoors may need some planning. 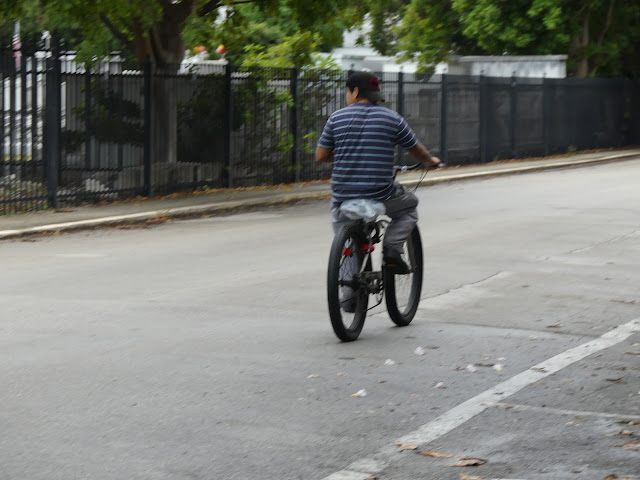 Or, use a scooter or a motorcycle...sez I.  Which costs money, requires licensing and paperwork and all he concomitant problems of sharing the roads with cars. 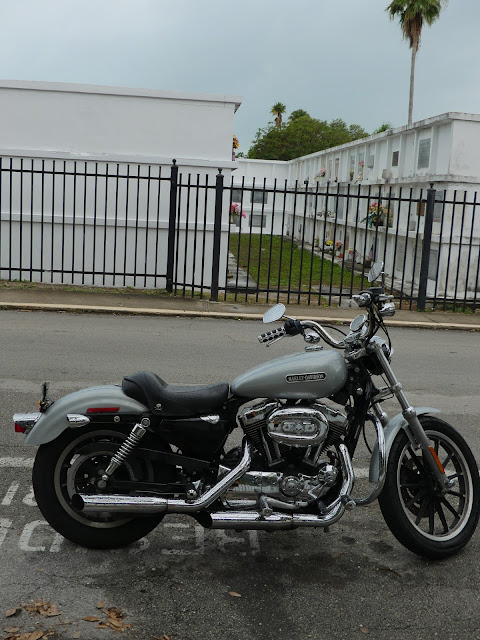