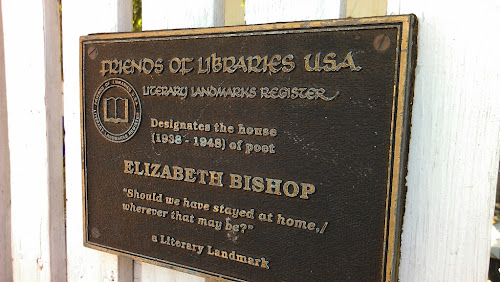 The state with the prettiest name,

the state that floats in brackish water,

held together by mangrave roots

that bear while living oysters in clusters,

and when dead strew white swamps with skeletons,

dotted as if bombarded, with green hummocks

She lived here from 1938 to 1946, on White Street in Key West and published her poems as she gathered up her stuff and took off on a world tour. That tour stopped abruptly when she fell in love and settled in Brazil for 16 years. Those sixteen years were happier, they say, than the difficult years in Key West, a town she liked but that did not bring happiness, oddly enough. I don't think happiness in love was easy to find for a lesbian, albeit a wealthy one able to ignore convention and not starve, in those years. 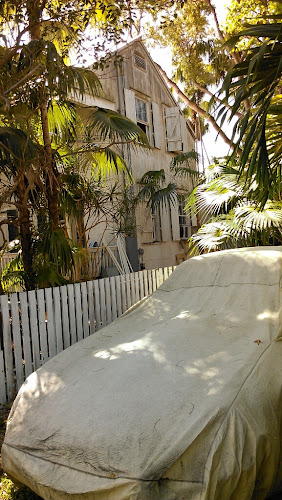 Bishop was born with a silver spoon in her mouth, got a good education and an inheritance so she was spared the tedium of daily work. However she also lacked the discipline of earning a living, but by way of compensation she turned out poems that are gaining in popularity and earning more respect the more time passes since she died. 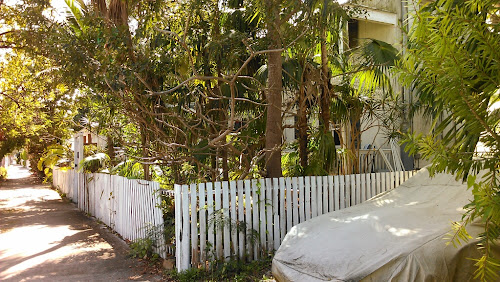 Not that the famous poet gets much respect in Key West. It's funny because in this occasional series of essays on writer's homes in Key West the city has nothing to say about this portion of the community heritage. Hemingway's home is famous and the image is sold artfully by the family that owns the business. Everyone else is on their own, their marks on the city of Key West as obscure as if they had lived on the dark side of the moon. That this home has a plaque from the friends of the library is a minor miracle, but ironically enough Bishop's former home is an embarrassing wreck. 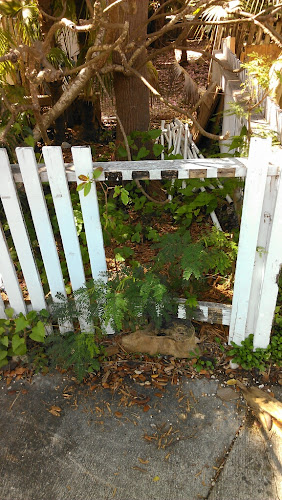 Who knows and who cares really. Lots of people live in tumbledown homes in Key West, and lots of people who think they want to live here expect the high rents to return a decent living space. That's not very likely in Old Town. But a famous writer's home should be a landmark shouldn't it? 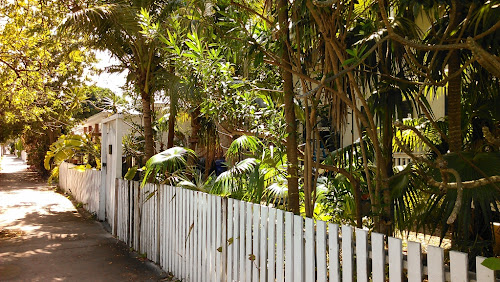 My last writer's home was the opposite, not recognized at all but not left to rot, far from it. Key West Diary: 709 Baker's Lane, Key West. It's not easy to be critical of people living in their homes, owned or rented but there is a sense of sadness when you see this lovely old eyebrow home not just degenerating but taking a memory we owe the world with it. Indeed the homes of writers around the world are revered, the sense of place that imparts the art to the artist. Here? Nah. What a shame. 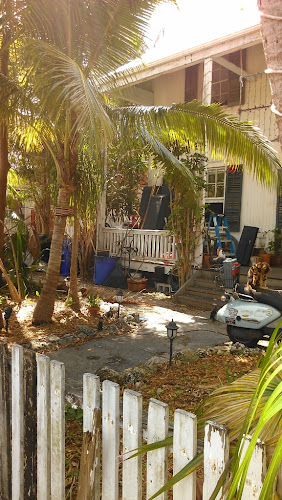 Posted with Blogsy
Posted by Conchscooter at 12:11 AM 4 comments: