I was glad to note in a recent Key West Citizen caption to a picture by the noted photographer Rob O'Neal that he referred to the location as West Summerland Key. Ironic too as it was in regards to scouting as I recall. 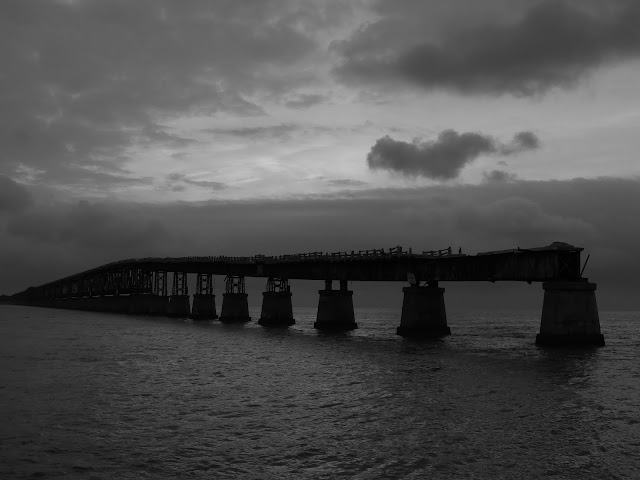 I think West Summerland, known to cartographers to day as Scout Key is one of my favorite spots in the Lower Keys. Luckily Rusty likes it too. For me this place offers an almost natural mound of dirt from which I can look down on a panorama and this makes it unique. Think about it: I live in place which is so flat tall bridges constitute  hills. Here I can climb the mound that was the railroad approach to the Bahia Honda bridge and I can pretend I am on a mountain. Pretty cool. 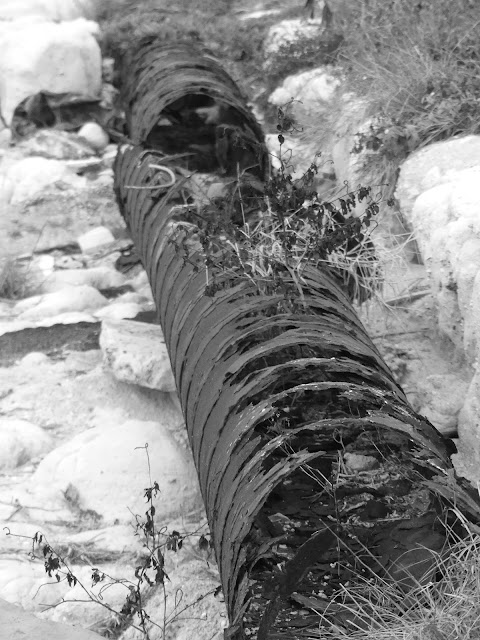 Then there is the history, in this case the old water pipe installed by the Navy with a pump station hereabouts, built in 1942 to supply the wartime garrison in Key West. The infrastructure is collapsing but that makes it all the more photogenic. Above we see the remains of the original water pipe. The 1982 replacement runs alongside the highway and hangs under the bridges. 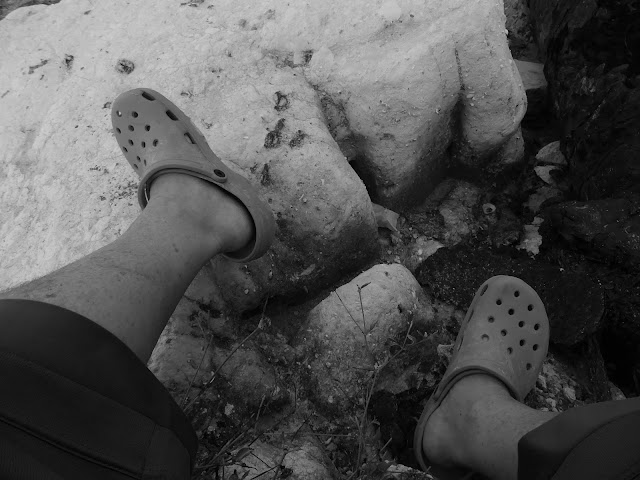 West Summerland also consists of friable white rock which weathers into odd rounded mounds. It looks like hard clay. Sometimes I sit on it while Rusty hunts. In the picture below the white rocks look like cotton wool balls strewn about: 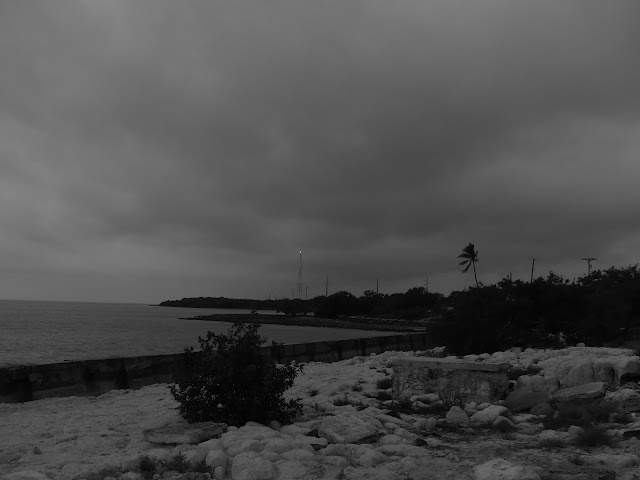 Rusty on the trail:

The tide was far out so I wandered the tide pools staring down at sea anemones trapped in puddles waiting for the return of the ocean. I also found a common-or-garden plastic bottle turned into art by the crushing of the waters and the silting of the sand (and a little dexterity with the camera settings). 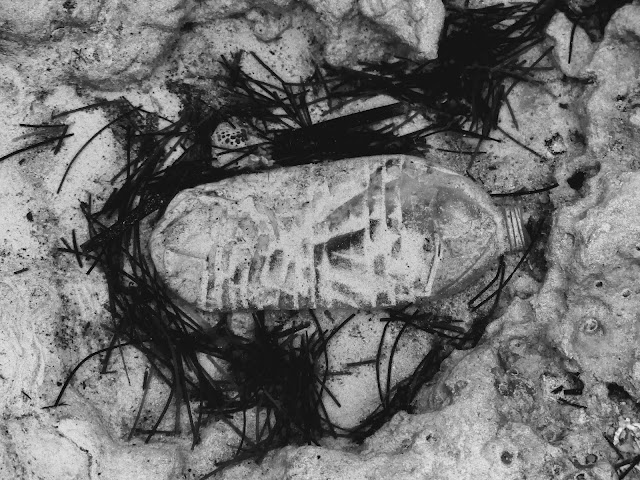 When I see hardcore photographers setting up their multiplicity of equipment to catch a sunrise or some other moment on their headlong flight back to the mainland I feel privileged. For me there is tomorrow and tomorrow and tomorrow if today doesn't work out. Sunrises will get more colorful, wind and waves will conspire with me tomorrow not against me...who knows.... who cares...I will be back when I feel like it. 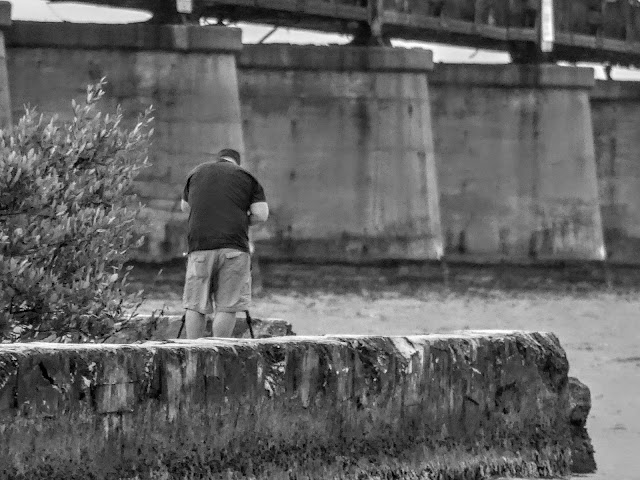 Besides which I am too impatient to deal with tripods and long lead times- I have a dog to keep up with. 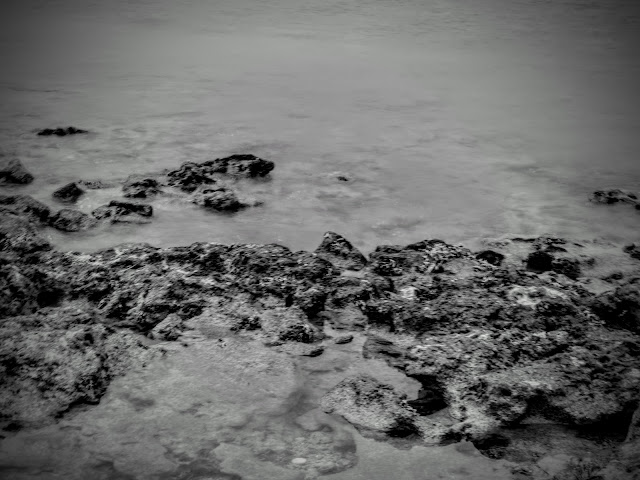 I did have time to play with shutter speeds and light conditions while Rusty ate a long dead fish. There wasn't a lot of movement in the water but I managed to soften things up with slow shutter speeds a bit. 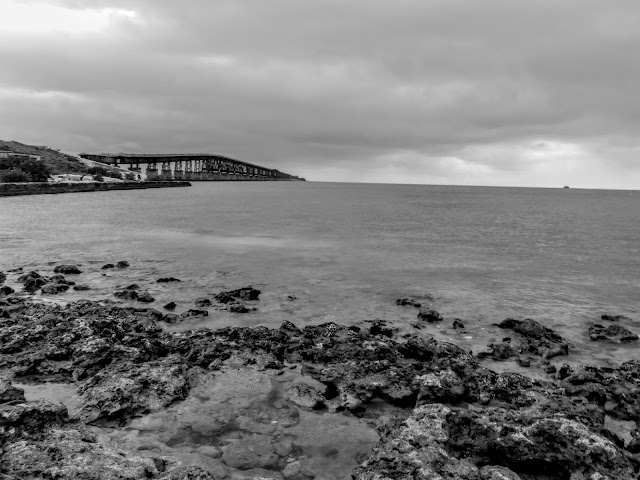 Whatever it was he thoroughly enjoyed crunching down on it and it gave him terrible dog breath. No kisses for Rusty for the rest of the day. 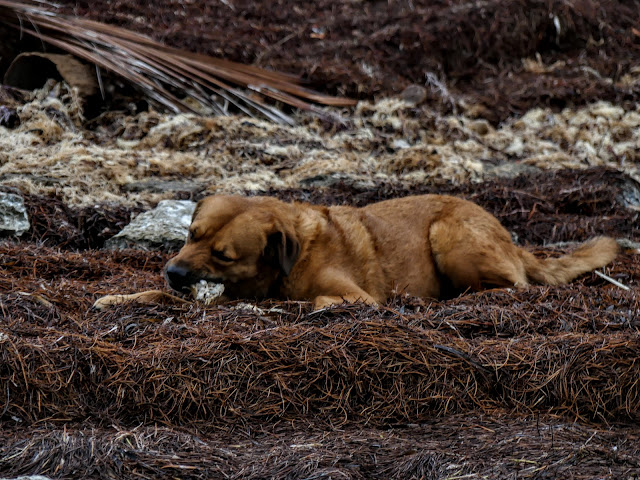 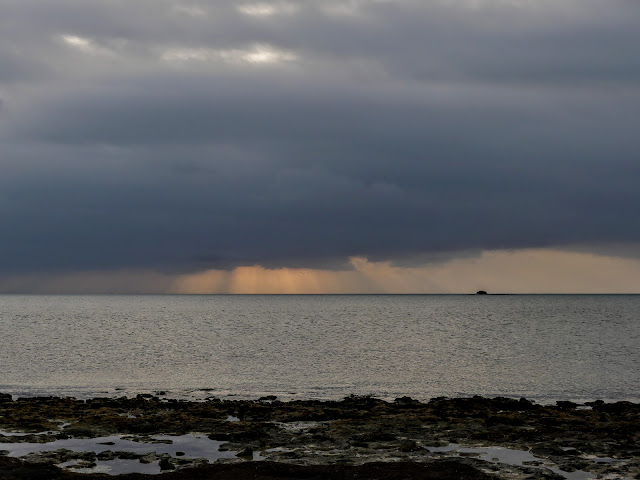 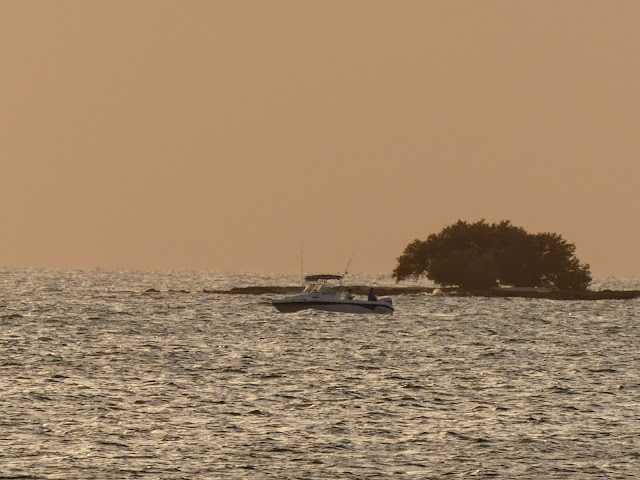 Seaweed was pushed up onto the beach. What you see here is a floating mat and were you to step on it you would sink immediately into the water below: 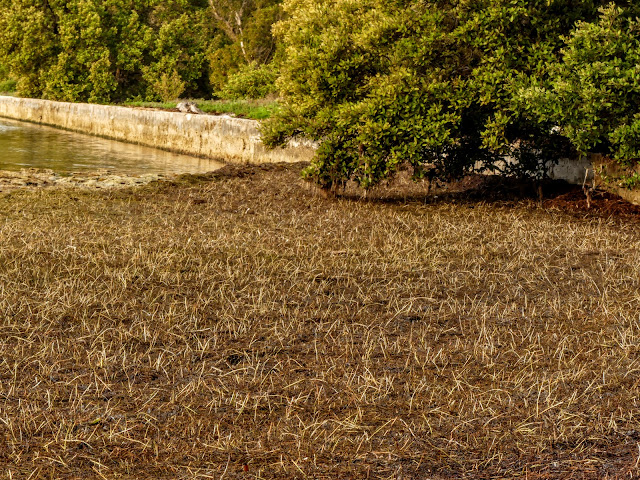 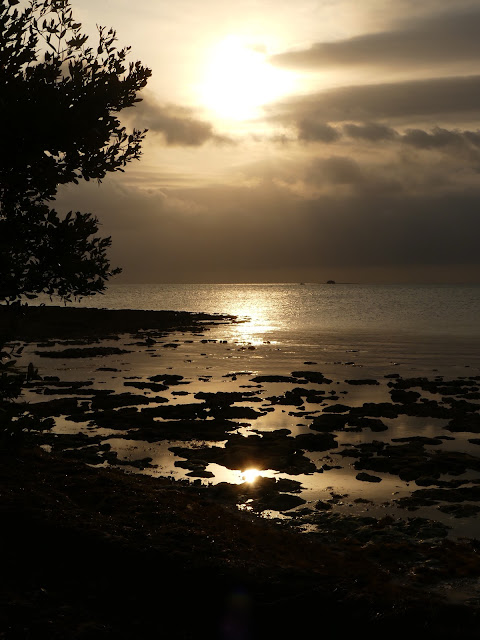 Another fine morning walk at West Summerland Key.
Posted by Conchscooter at 12:00 AM 2 comments: