By day Mallory Square is just another tourist attraction, a brick paved area inhabited by residentially challenged, passed through by visitors afoot or on bicycles. It's named, oddly enough, for the man who made his name in history  as the Confederate Secretary of the Navy Stephen Mallory. In the photo below that I took a couple of years ago you can see the monument to the USS Maine, the white plinths, which ship sank in Havana Harbor in 1898 precipitating the war with Cuba. 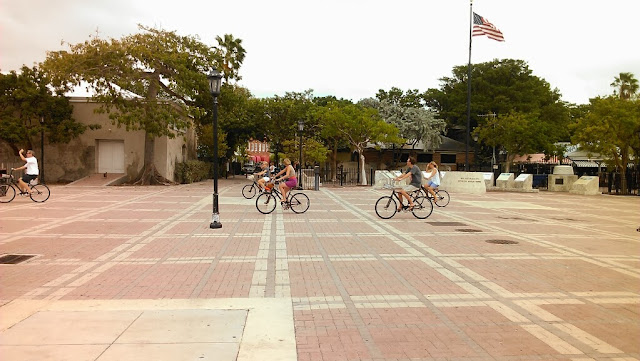 Nearby there are more reasons to visit the square as, for instance you might want to stop by the aquarium: 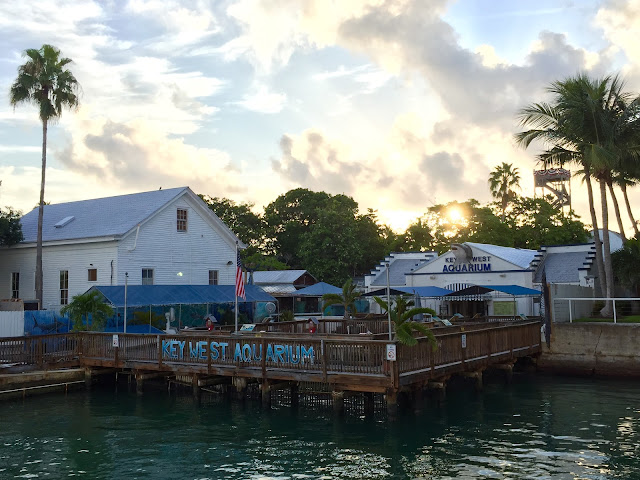 And then the sun starts to set and crowds start to shuffle this way as do the vendors and their carts: 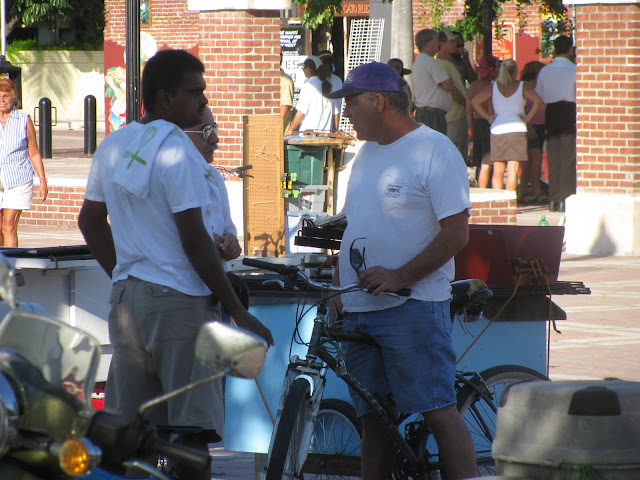 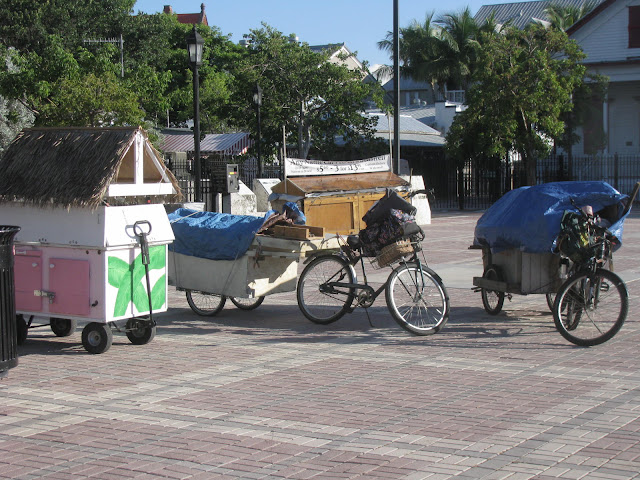 And the ocean looks especially lovely: 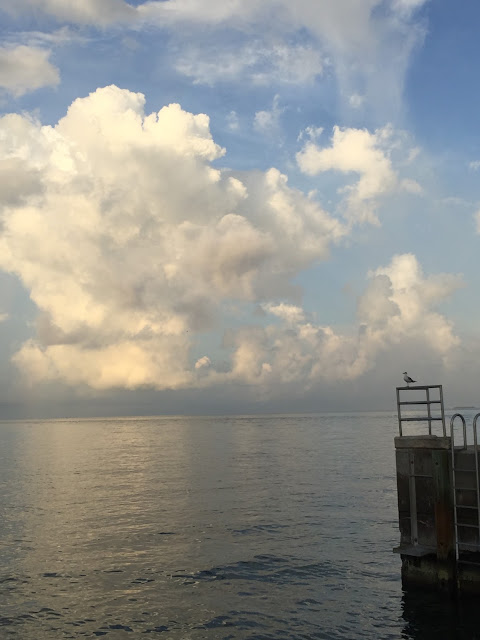 Rusty was on a test run to see how he copes with crowds: 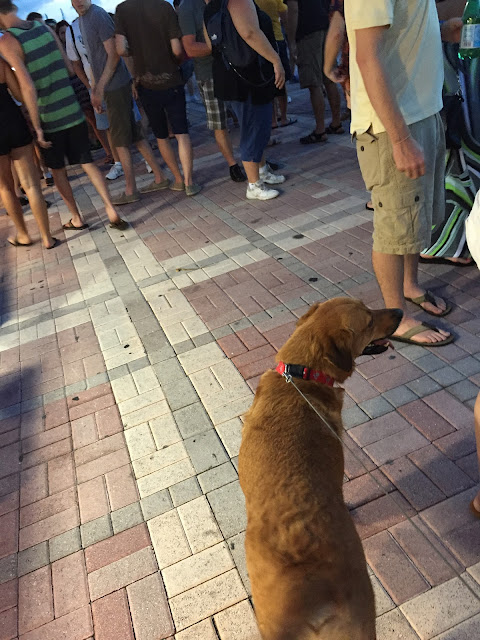 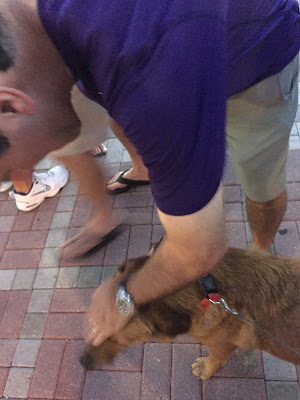 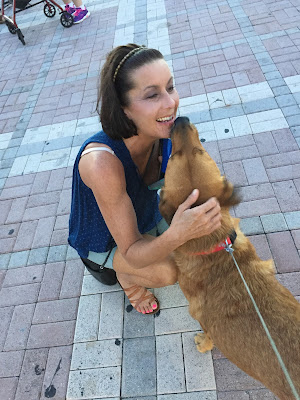 The spectacle that evening was on the water as far as I was concerned: 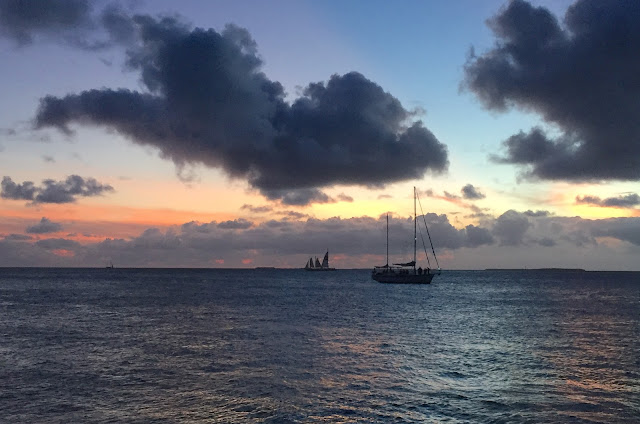 But on the brick pavers the crowds were checking the acts and each other. 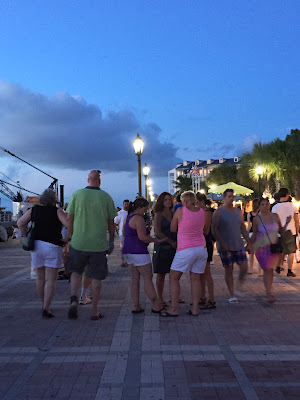 And the knick knacks and art work. 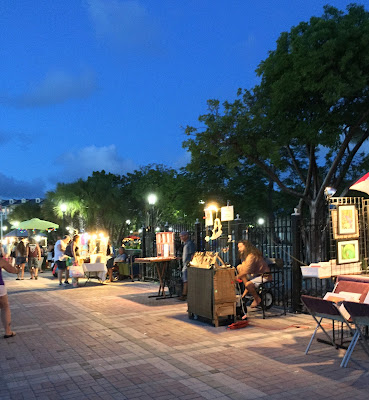 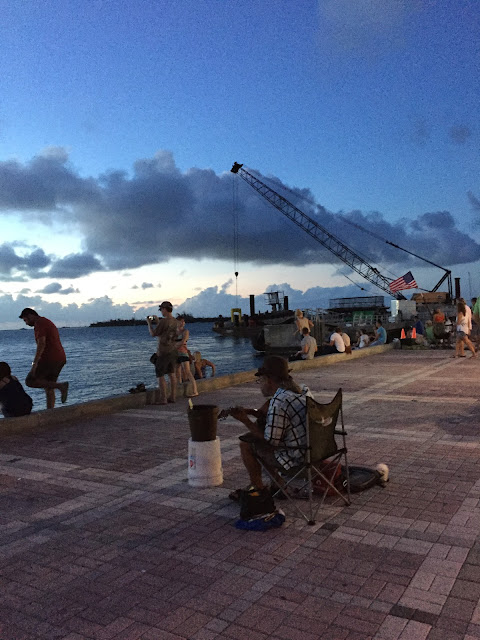 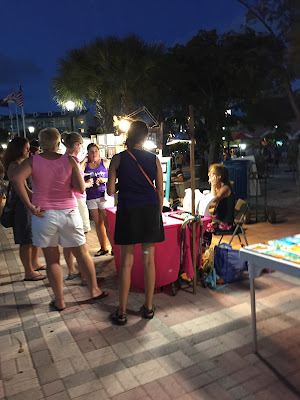 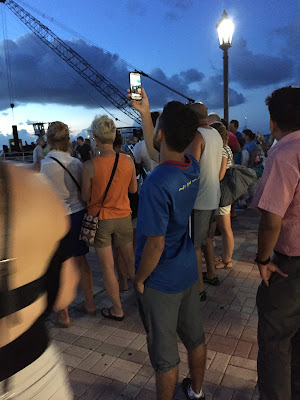 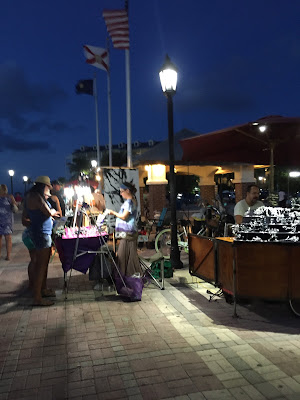 It was all very exciting for one small brown dog of my acquaintance. 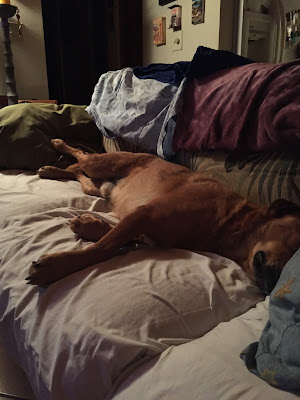 Rusty didn't even eat his dinner, he just passed out.
Posted by Conchscooter at 12:00 AM 1 comment: