Rusty doesn't feature in these pictures because even though I was walking him of course my attention was distracted. First up: Imagine renting a house with a  yard filled with political signs.  I checked this one out on Eaton Street (noisy no view and too close to Duval Street) and it was lined with signs including one that said it was not just for rent but it was already rented. I guess the new tenant won't be muddled when it comes time to vote. Normal business practices don't apply in a town desperate for housing. 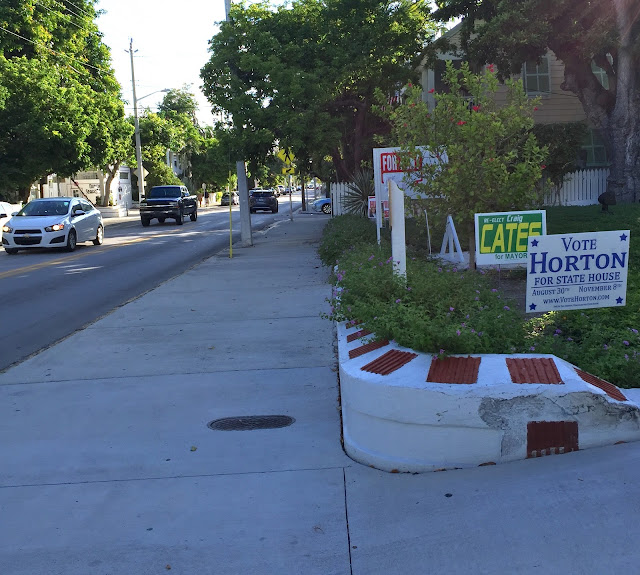 A new home will be going up on this mud pile. 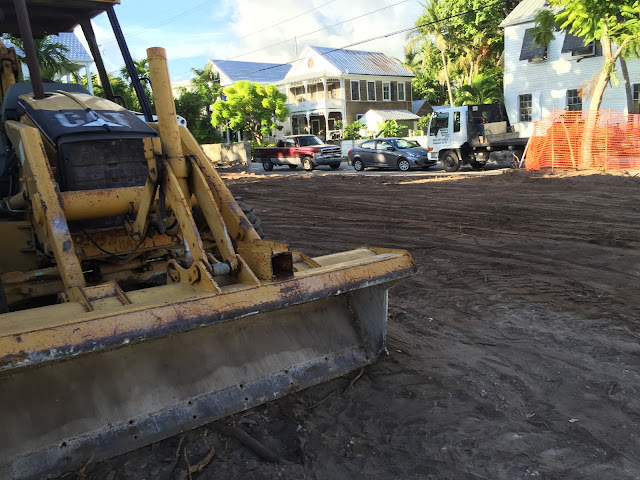 I was quite surprised to see such optimism in a  town where the planning department and the Historic Architecture Review Commission conspire to derail many plans. Persistence and money will win the day I suppose. 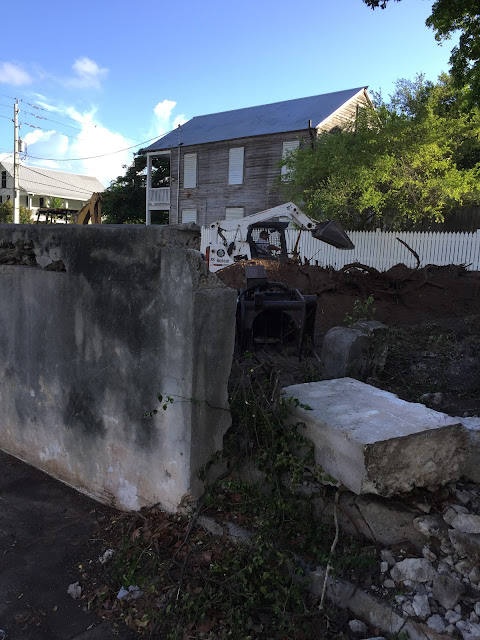 This next one I loved, oh ironic bliss! It's the women's club on Duval Street in the three hundred block. Clearly it would be wrong to deface the historic fence with another trashy plastic sign but it's okay for the club to hang their own ugly plastic sign on the historic tree. Young women of substance in this town join Zonta, so I'm told,  to do Good Works for the Less Fortunate. The women's club used to feature prominently on the late Conch Color society gossip magazine before it's founder died. 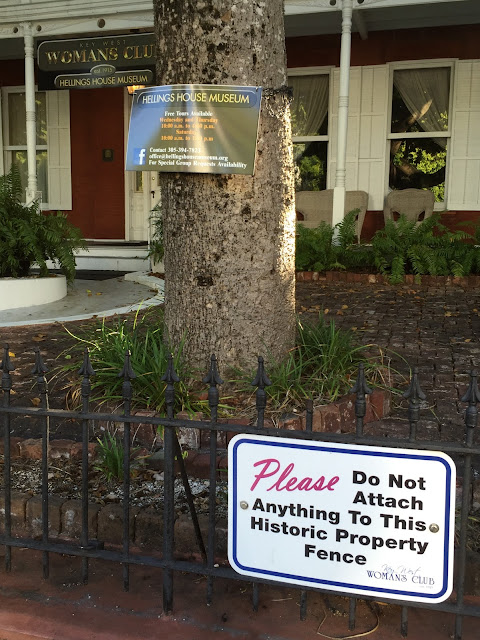 I wanted to ask him how his staph infection was doing but he didn't seem to be in the mood to entertain small talk. Places to hobble, people to see. 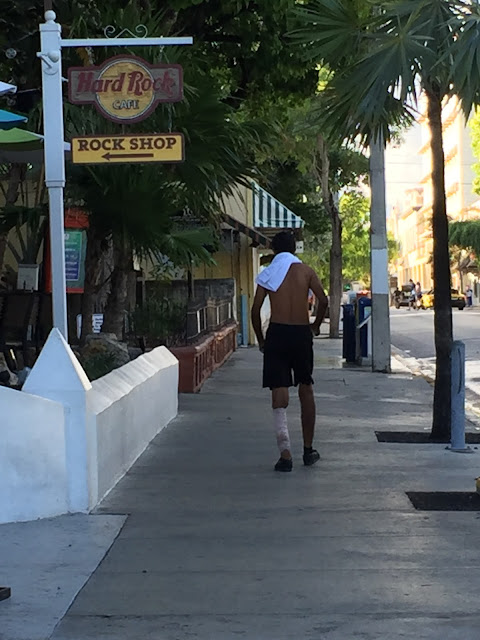 Total man nudity was a popular choice for fashionable attire that morning on Duval Street. I was tempted to strip as well but Rusty counseled common sense. 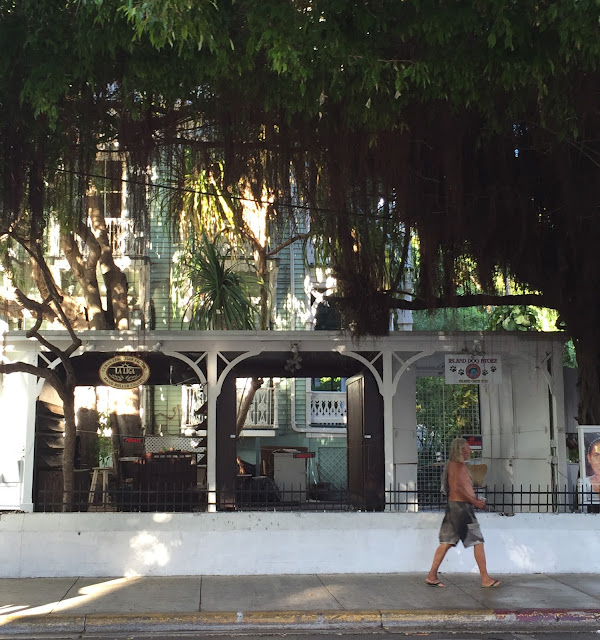 And talking of construction The Bull was getting a  substantial upgrade. The balcony is a good place to watch the Fantasy Fest  Parading Around of Middle Aged Nudity at the end of October. It's never too early to plan.. 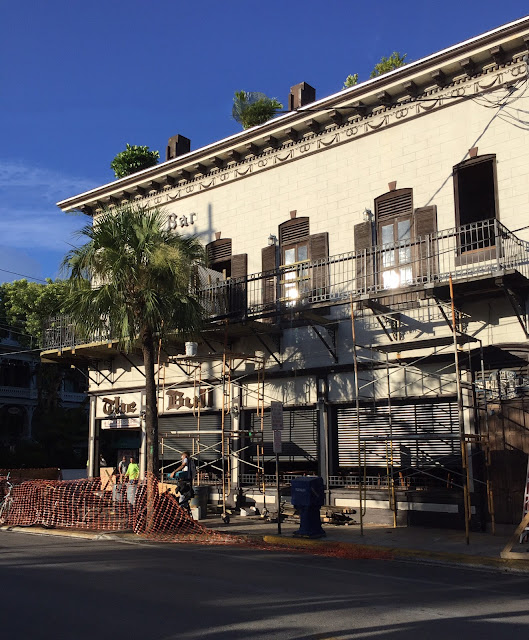 Here you can apply for one of the three jobs you will need to sustain life in your Key West life. 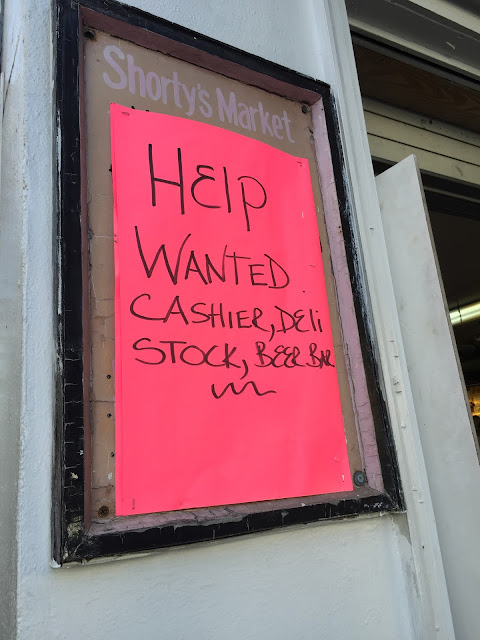 Did  I say no pictures of Rusty? I lied here he is at La Quinta resting comfortably. I was playing around with a new iPhone app called Color Splurge. Silly free fun or advertising-free for 99 cents. 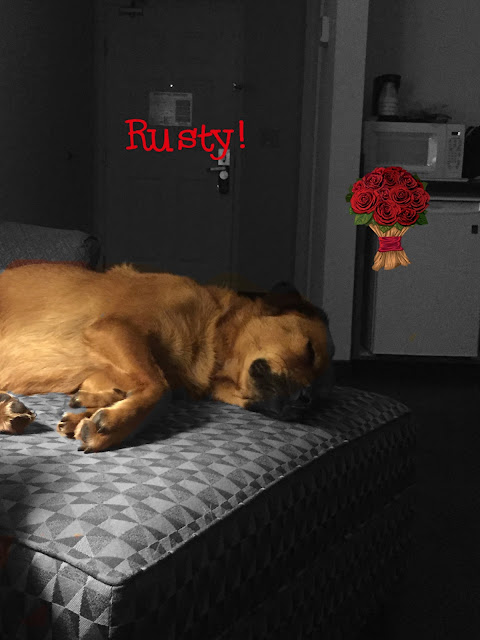