For the first time I actually read the marker the Methodist church on Eaton at Simonton Streets. Cheyenne was sniffing the bushes and I took the time to ponder the church's history and it was quite unusual. Apparently a couple of Methodists showed up in 1832 just four years after the city was chartered and they built a wooden church. Eventually I guess they were sowing on fertile soil because they mined the rock at the church site and built the stone church around the wooden one as they were able. When they were done they disassembled the wooden church and carried it out through the front door. There endth the lesson. 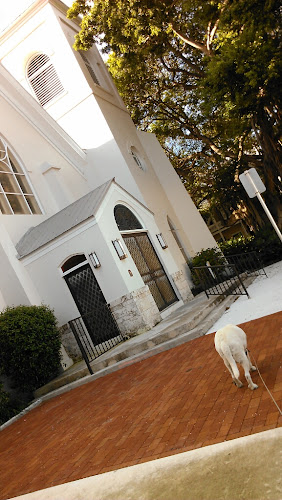 The sign below puts me in mind of Matthew 25:40 as it is at the back entrance to St Paul's parking lot. 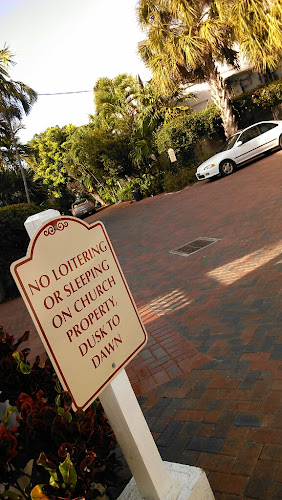 On Duval Street they are offering special tote bags at the Harley shop. Once there was an actual Harley dealer on Truman Avenue, but Horne's closed after the owner retired and that was that. All we have left is a Harley lifestyle store. 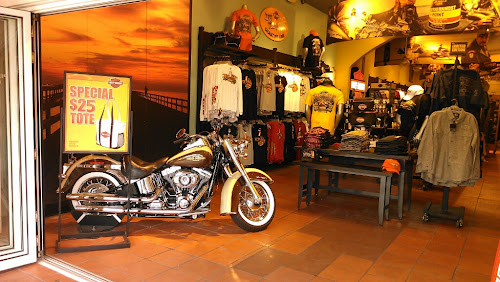 This sign was on the north end of Duval and while I knew skating on Duval is prohibited by the city the bit about adjacent streets was new to me. In Florida as a general rule bicycles are allowed on sidewalks as long as they yield to pedestrians. 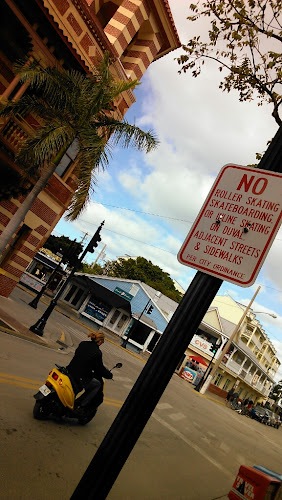 Race Week came in the middle of some wind and when I was at Mallory Square I caught the Conch Republic flag streaming madly as the fleet set off for the race course outside the harbor. 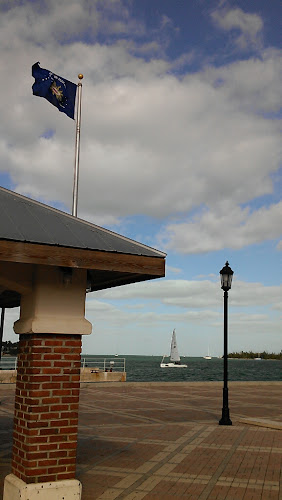 The free weekly paper put excitement on their cover but the actual racing is not visible to viewers on land, unless you count a gaggle of triangles bopping around on the distant horizon. 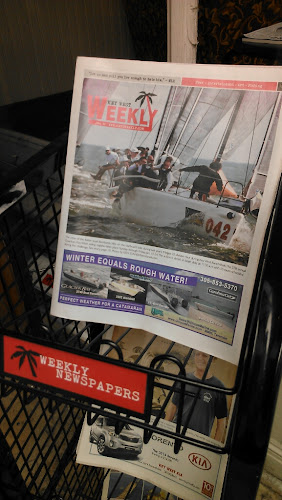 The illuminated signboard shown below is the rankings in the various classes as displayed at Race headquarters on Caroline Street. The strategically placed fencing keeps hoi polloi like you and me far away so even if we evinced an interest in this non-spectacle we can find out nothing. With this sort of attitude sailboat racing is in no danger of supplanting football as a widely followed sport. 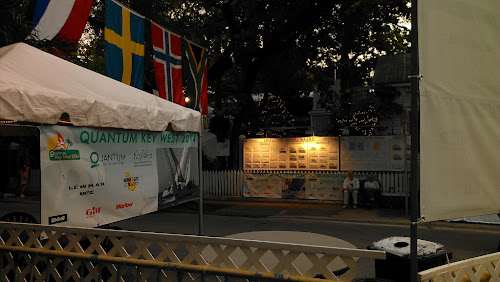 I spotted a signboard new to me advertising the Latitudes Restaurant on nearby Sunset Key. I guess exclusivity is a disadvantage in a weak economy. So out comes the advertising, and I will say I really enjoy lunch, a reasonably priced meal on the island with free ferry service from the Westin hotel dock. 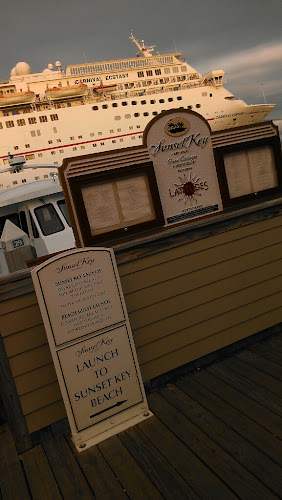 I've seen the poster before but the hand written note, in caligraphy anyone might envy, I found charming. Seen on Simonton Street. 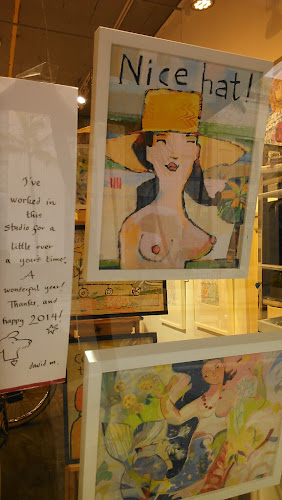 From the sublime to the irritating. I know it's only a bar and I have a pretty good idea the sign means noon because opening at midnight would be absurd, BUT if you are to put up a sign to inform people taking the time to get it right...should be second nature. What a garbled society we have become. 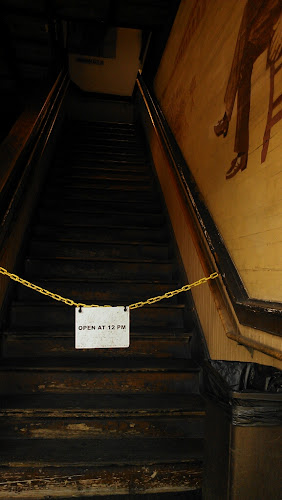 These billboards may be a sign of the future, a future of more electronic information. Key West The News used to publish weekly in print. After the original publisher retired they went to a digital format supllemented by these ingenious billboards posted in the among the traditional new stands. Not how this reader is actually holding a rival's paper copy. Key West the Newspaper (The Blue Paper) 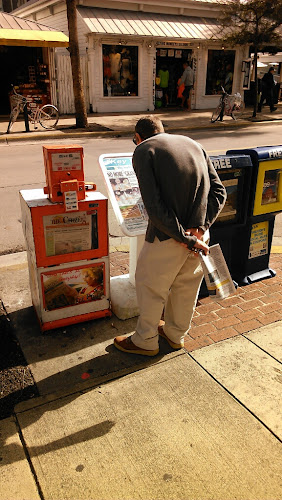 I hate the idea that paper newspapers will disappear but reading the signs it seems inevitable. For now we hold on. Mind you without electrons this page wouldn't exist.
Posted by Conchscooter at 12:01 AM 12 comments: