I was in Key West yesterday without my shadow and so I went o see the Truman Annex, Key West's gated community. As you can see it prides itself on not being part of the Conch Republic: 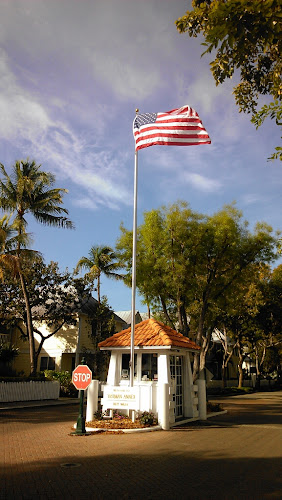 The guard hut on Southard Street acts as a symbol of apartness during the day and no stops are required as there is no one inside. 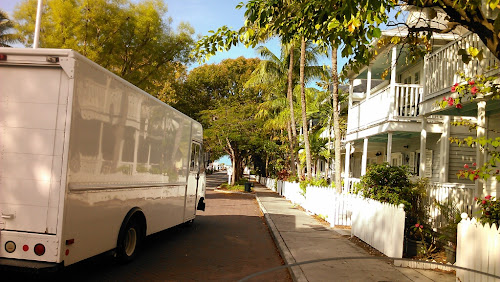 This was the reason for my visit in the absence of Cheyenne: 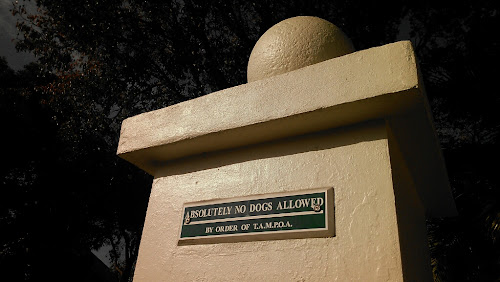 However it's only ragamuffin visiting dogs that are banned from the sterile delights of Truman Annex. 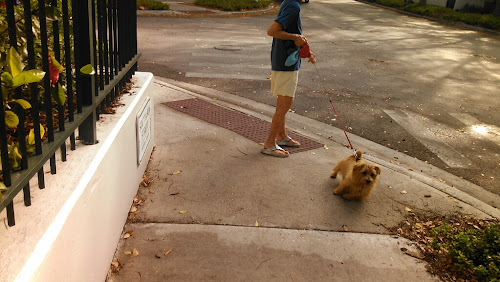 The story goes that the man hi developed these 17 acres first came to Key West from New England and lived rough, as many have. He went on to bid on the Navy property being handed to civilian use as the Navy presence in Key West shrank. He went bust irst time around they say but rallied and pulled together the creation of a community apart "in the style of" Key West. 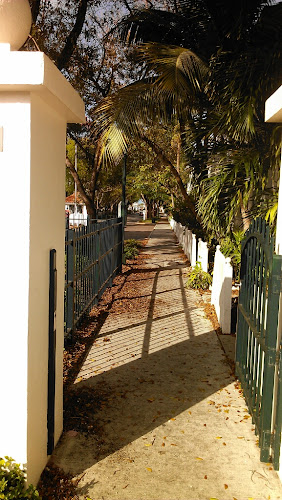 Apart behind fences and gates and guard huts. 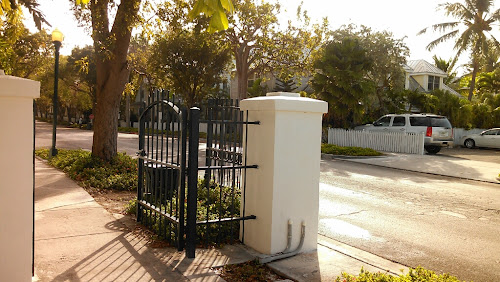 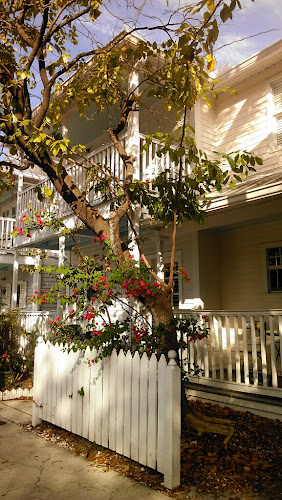 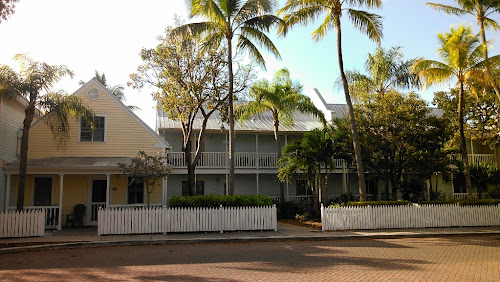 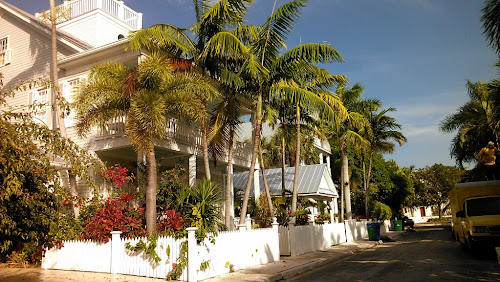 to me it looks like Legoland, a version of Key West's Old Town for people who can't handle the real thing. 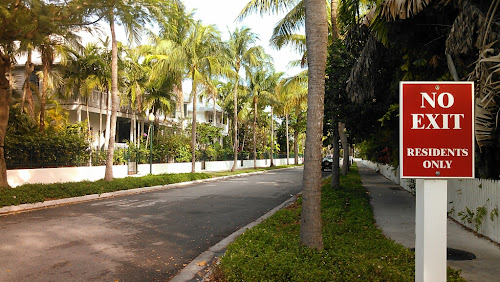 There is no smell of stale beer, no passed out paralytics lying in their own vomit on the sidewalks and no shop clerks soliciting you to buy dust catchers for fie' dolla'. 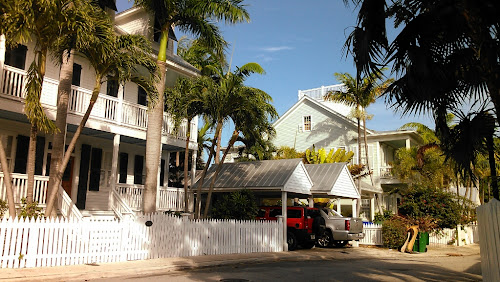 Okay, here's a test. Is this the real Key West, or a gated facsimile in the "Key West style?" 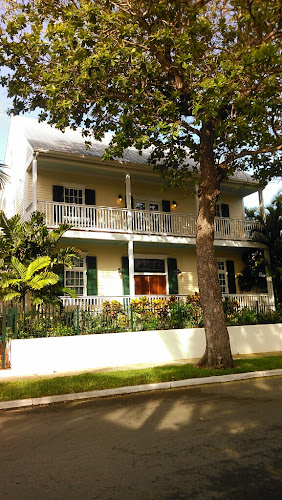 Some people say these homes are not well built but this place has been chugging long for years now and sure there re some signs of wear and tear but I think the mumblings are not spoken in the spirit of reality. 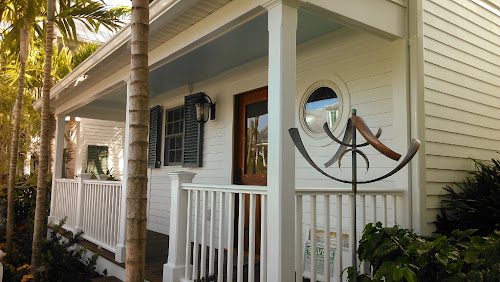 Truman Annex is effectively amaze of identical streets and lanes, and unlike the rest of the city this enclave went to court and secured the right to allow short term rentals (less than 28 days) without the property owner purchasing a city permit. This debate pitted permanent residents against future residents who wanted to make some rental income in the meantime and the outcome is in my opinion one more negative about a community that is neat and sterile set in a larger community that is messy yet vibrant and complex and chaotic. 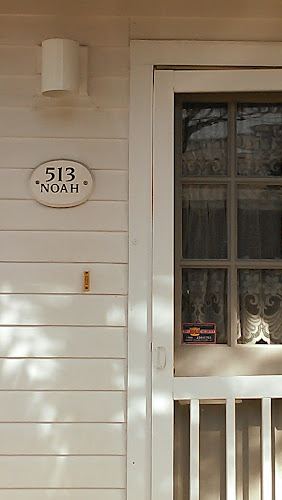 The streets of the Annex make an attempt to act as continuations of the streets outside, beyond the gates. Above we see Noah invoked, not he of the Ark, but he who is the developer's son...as it happens. Below Fleming Street passes through an iron gate at the U S Post Office. 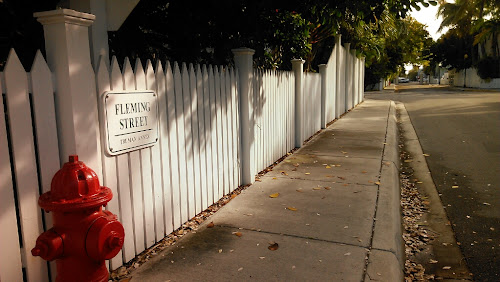 It takes an army of workers to keep the grass short, the hedges trimmed and the coconut palms respectful. 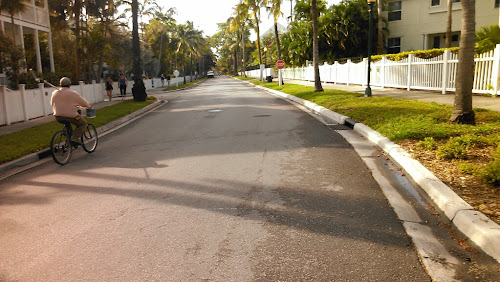 Beyond the fence lies the rough grass of the park-to-be at Truman Waterfront. The city has agreed to follow through on a promise to put an old folk's home on six acres on the other side of the fence, between the private community and the harbor. There have been protests from people across Key West who want all 34 former Navy acres to become a manicured park but the retirement home now has the official go ahead. 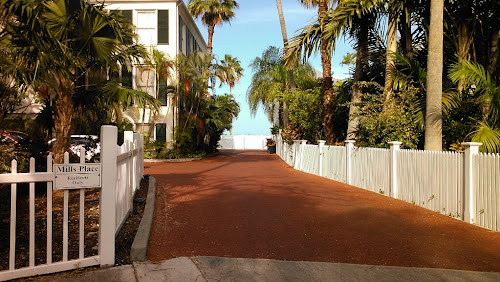 The Truman Annex Master Property Owners' Association which runs the Annex took on the city a few years ago and proposed closing the gates on Southard Street. The city commission folded like a cheap suit giving up its rights to a public street but the Navy intervened and said slowly and clearly that they needed Southard Street to stay open 24 hours a day to service their waterfront base. The new Berlin Wall under construction at the gate was torn down promptly without a peep from the TAMPOA bullies. I never did expect them to assert their second amendment rights and show up armed with popguns to take on the largest military in the world but it might have been fun to watch! 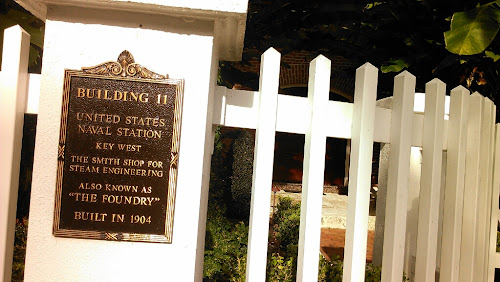 The Annex's history has a few markers to remind the observant of the storied past. 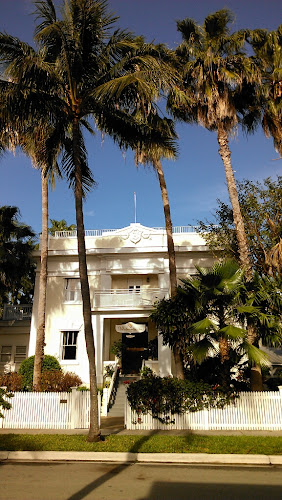 Key West - The Weatherstation Inn above, gives you a chance to taste the Annex without commitment. and sleep not too far from the biggest attraction in this part of town, the Southernmost White House. 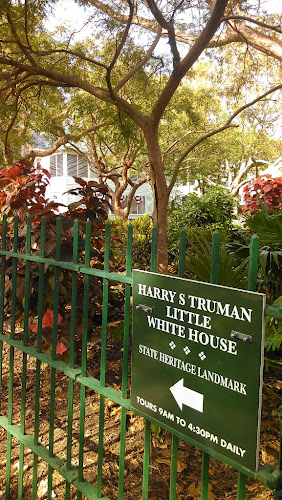 It's been years since I took the tour but it was memorable and I highly recommend it. Followers of this blog know I love history, and unlike the myths of piracy the Harry Truman stories about Key West are very real and beautifully told. 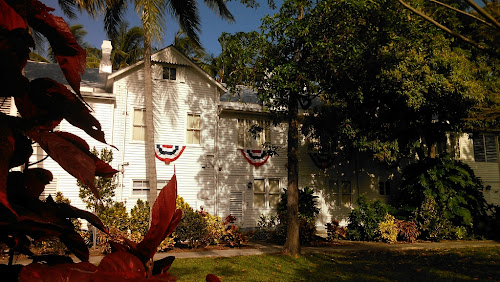 He used to stroll the streets of Key West accompanied by one very discreet Secret Service agent. He met citizens, shook hands and hung out in Key West totally unmolested. What a terrible nation we are become where we segregate the President as though a Monarch. 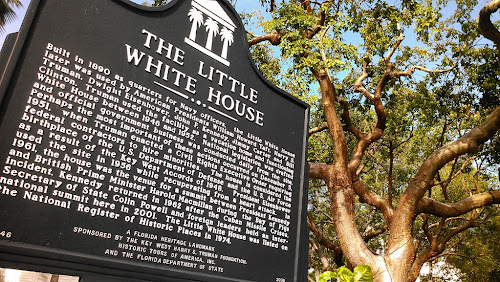 The Truman Little White House has events and regularly invites descendants of the Great Man to speak in Key West. I have no memories of my grandfather and had he been a President I am not sure what I could add to the recorded history of his life but the Truman grandchildren keep showing up and smile dutifully for the newspaper. These chickens are the only ones I saw polluting the grounds of the Annex but they were on Truman's hallowed ground so I suppose they got away with it. 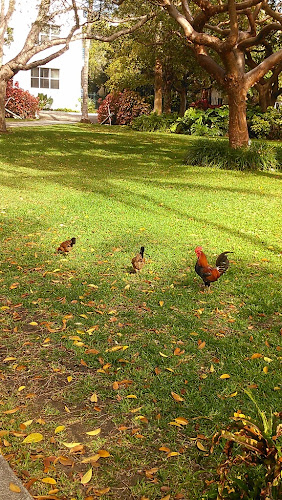 There are a few benches near the Westin entrance on Front Street. 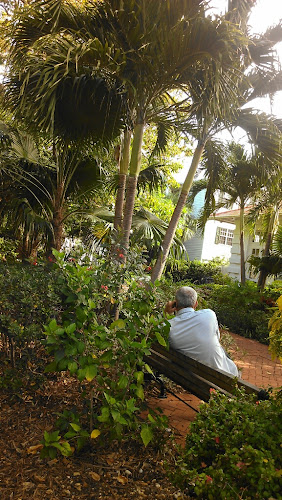 And the business og making money is never far away. 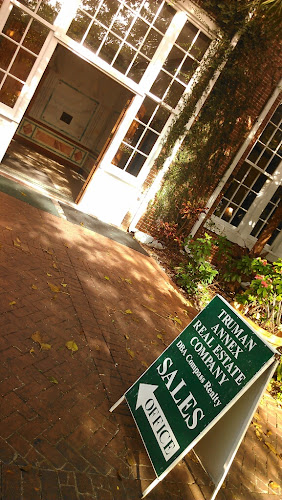 Walking tour anyone? Dog-free of course! 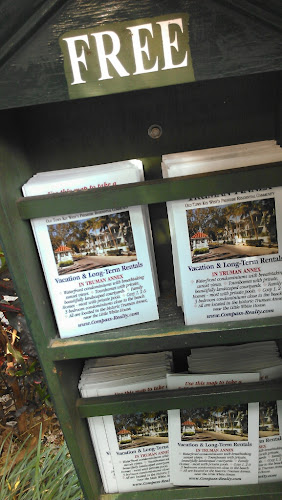 And there it is, Truman Annex. 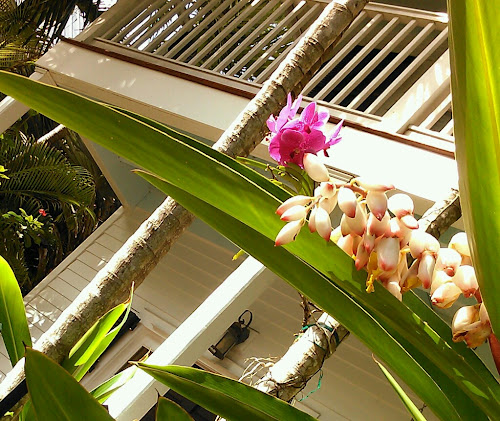