It has been a hectic few days in my past of the world starting with a drive up to Tampa Wednesday, a day made better by a call from the Ram dealer in Tampa, Jerry Ulm, who said the van was ready to go. We couldn't get there in time to pick GANNET2 up before closing so I was resigned to driving the rental car to a hotel and getting reacquainted with van life independence Thursday morning. 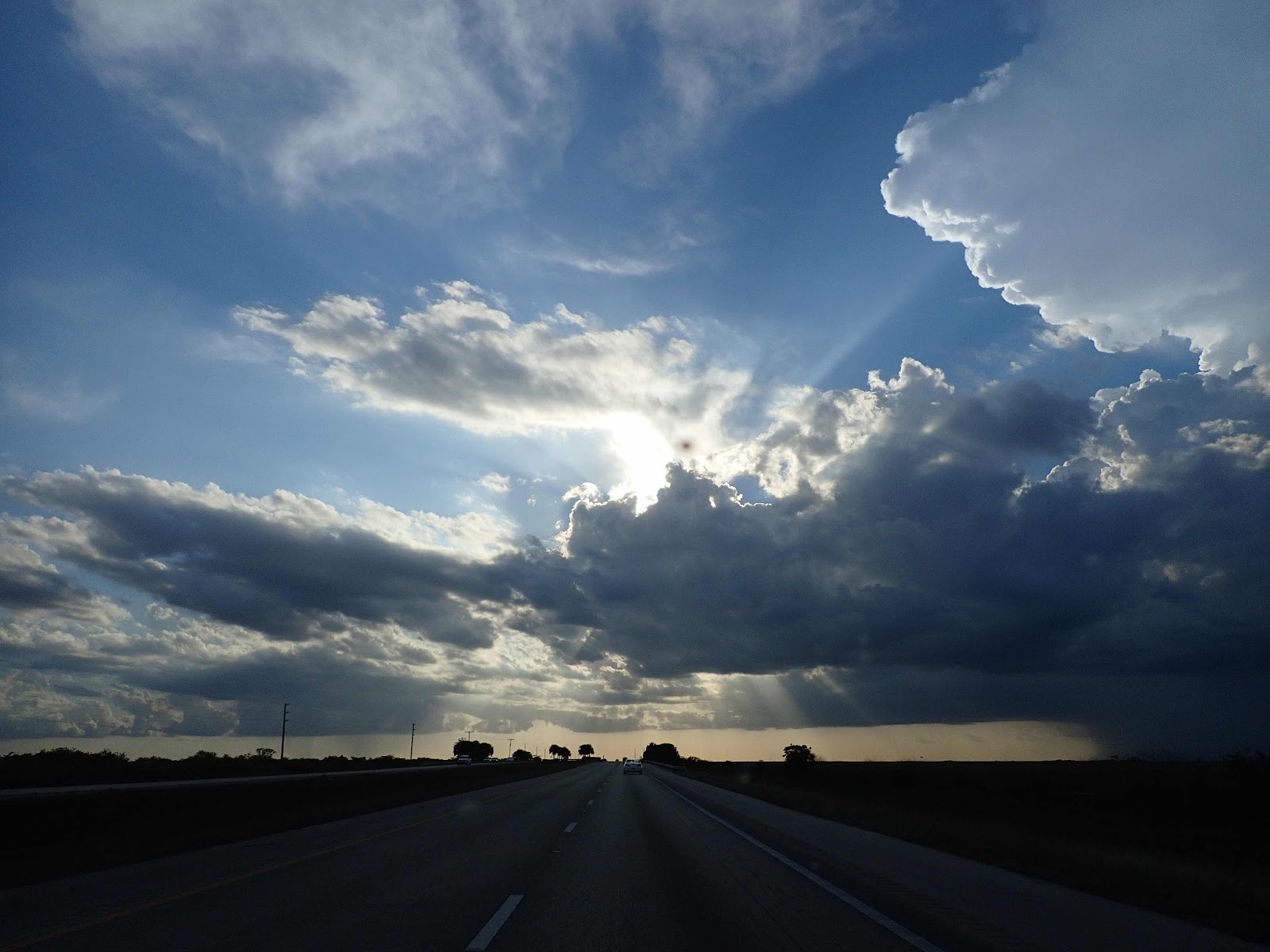 The Chrysler Voyager courtesy of Enterprise is a pleasant bland and powerful minivan capable of cruising at 80 mph and returning 25 mpg so we did that after we got out of excruciatingly backed up traffic in the Keys, where winter tourist season seems to never end. 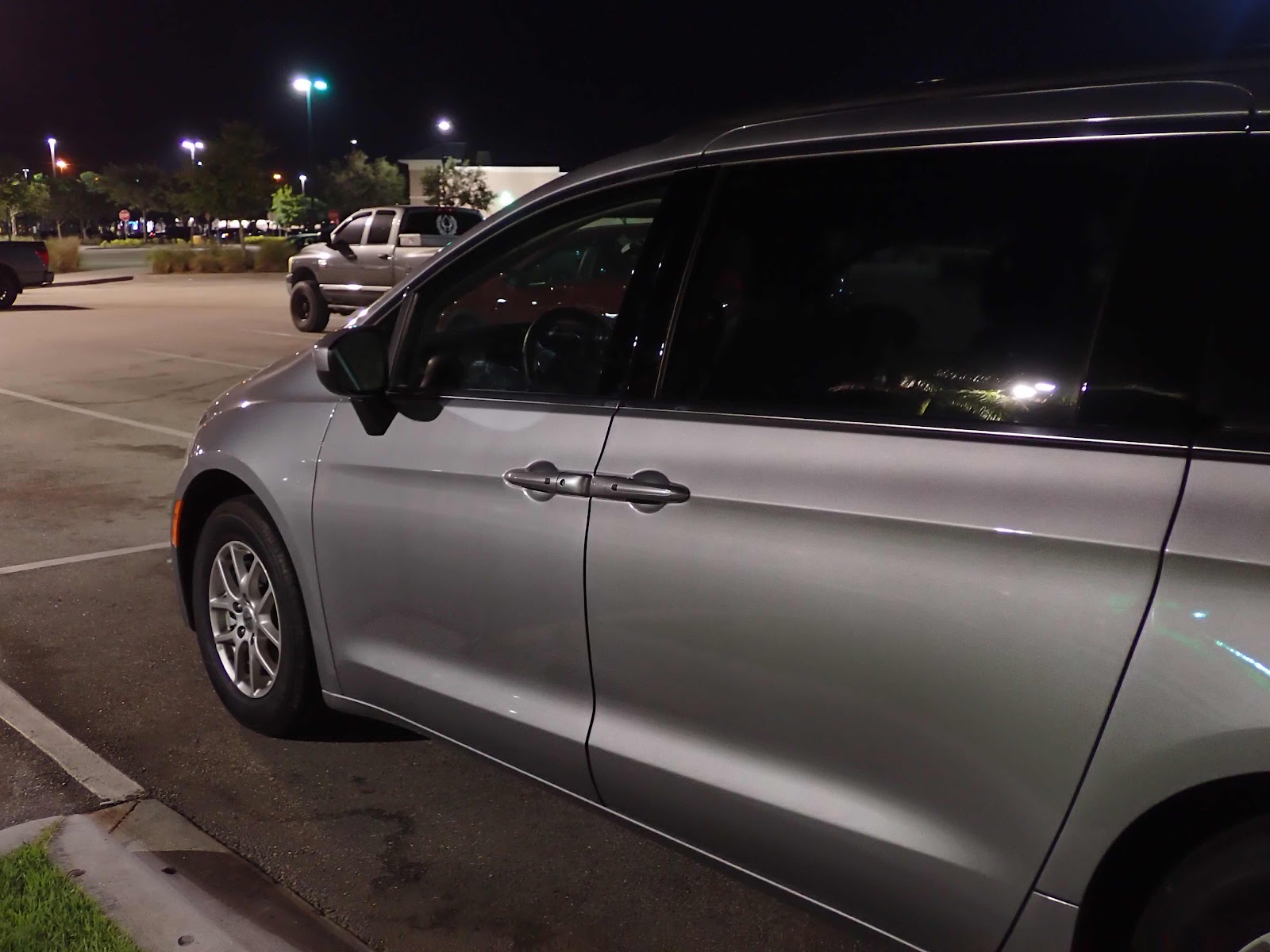 Layne went to Publix to shop for some dinner salads while Rusty and I went exploring. He tried to blend in with the background and give me the slip but I am too smart for him. 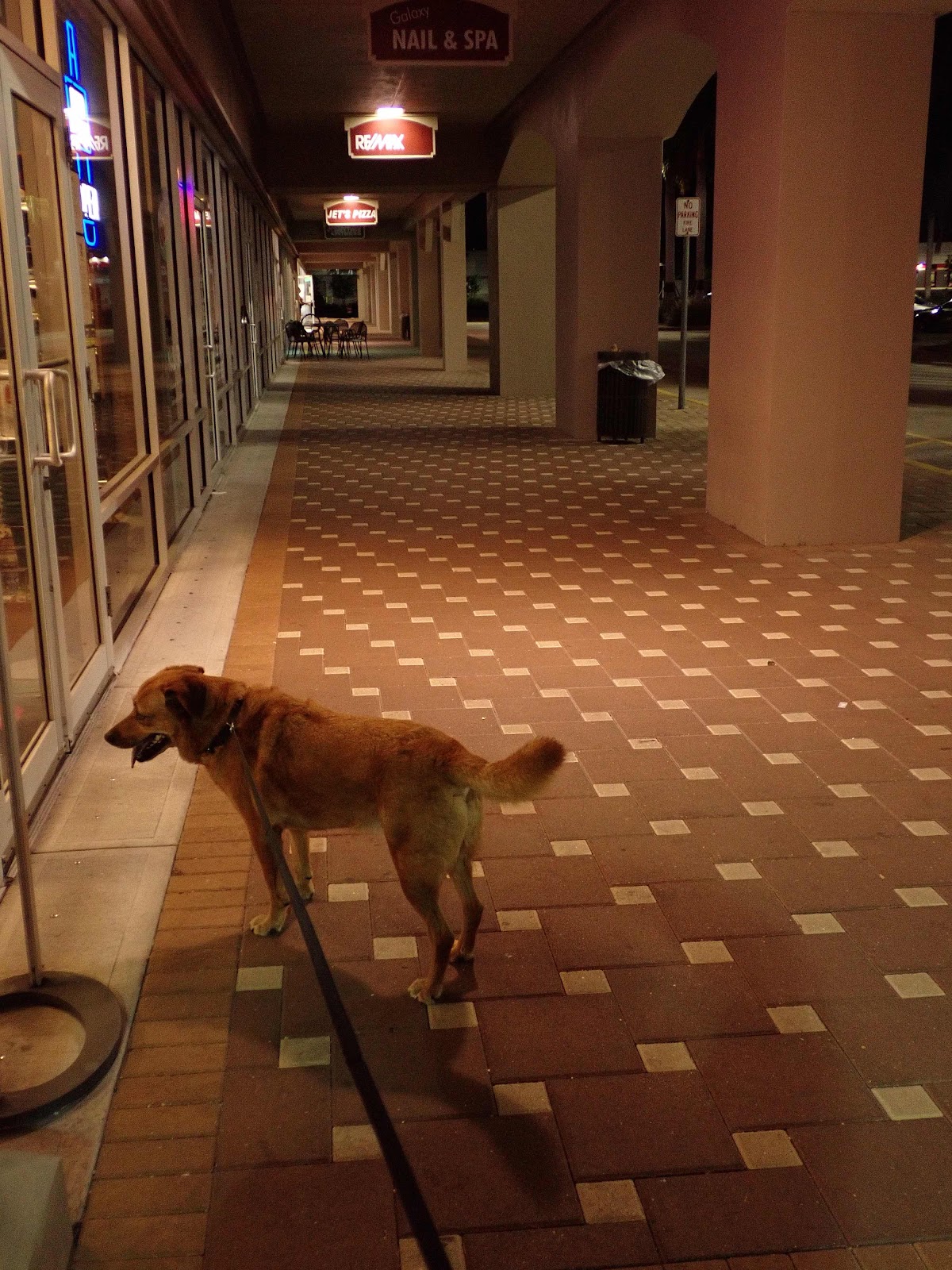 Thursday morning early Layne had her first appointment for a pre-surgery meeting at the hospital where they managed to lost her paperwork even as she got tested variously for everything you shouldn't have before the surgeon cuts you open.  Apparently they say she has no COVID but I of course am skeptical. 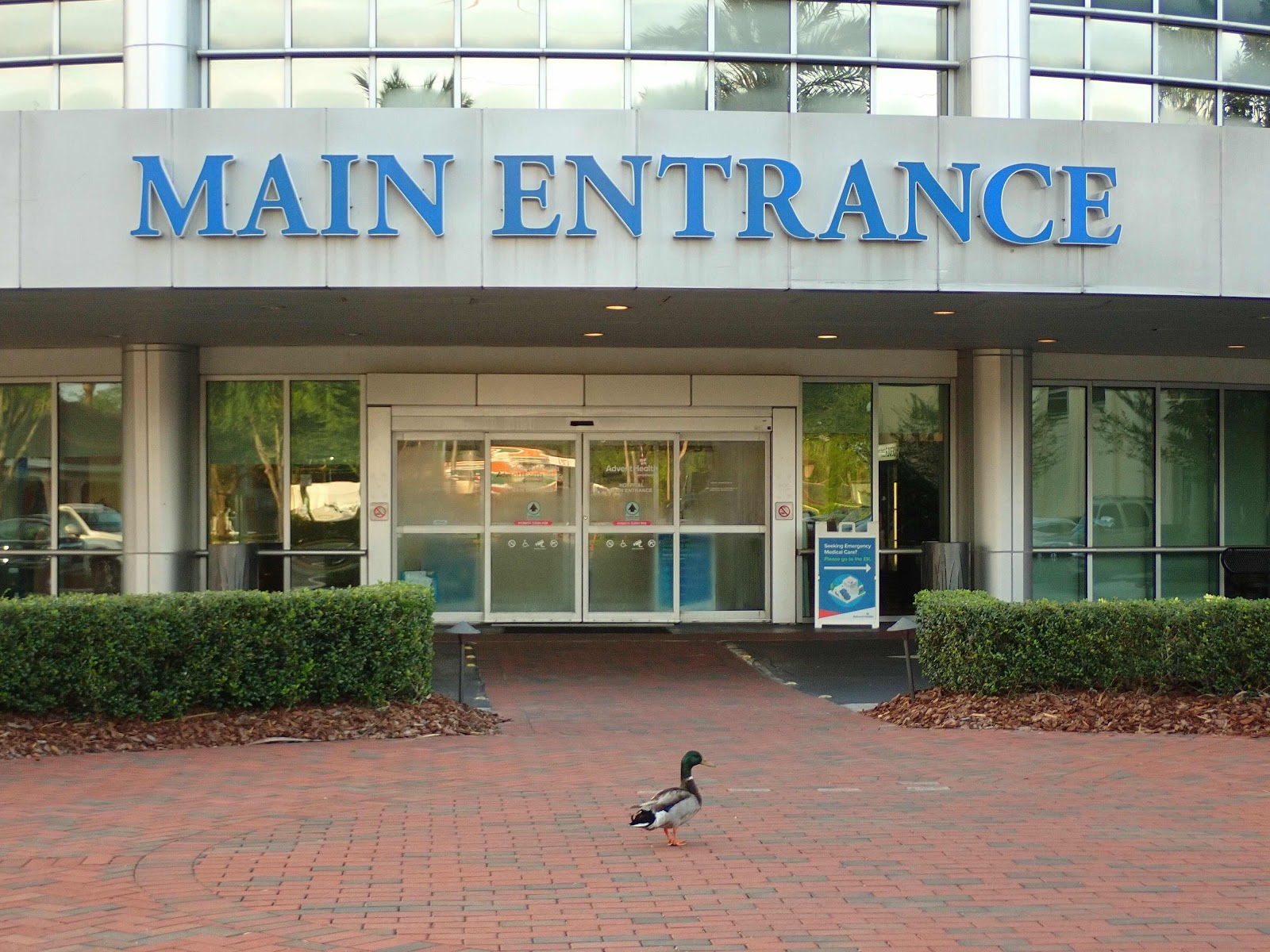 As she gave blood and got stabbed up the nostril Rusty and I sweated out a pre-cold front swamp in the streets outside. A short walk and we stopped back at the Voyager to regroup and read a book. Rusty refuses to learn to read words, preferring to read people as they pass by, looking debonair and relaxed as they wonder as they walk why his paws are crossed. 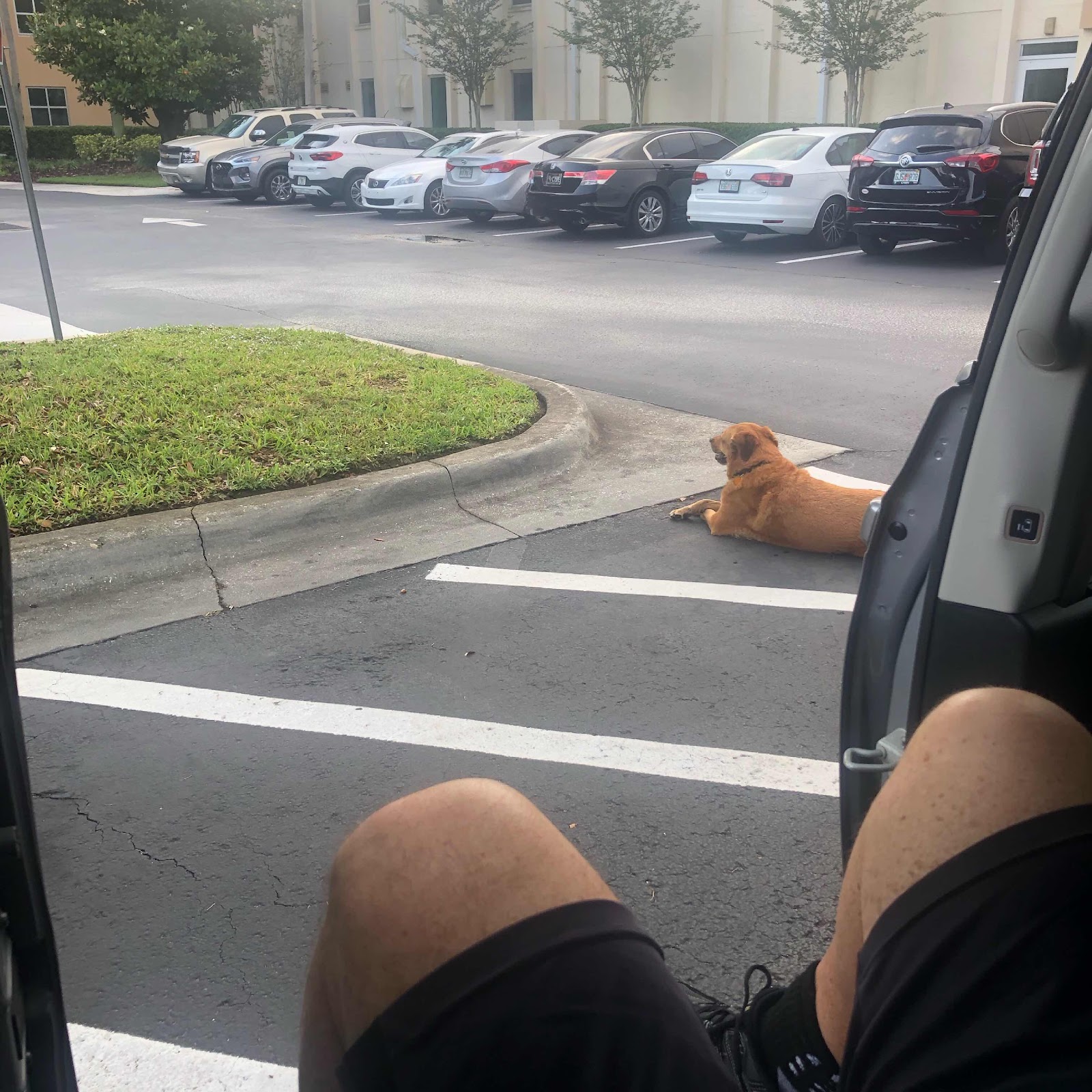 Then we repaired to the doctor's office for more secret tests in a covid-free facility while Rusty and I did some more hanging around outside. It was a day off for me so naturally it rained so I sat on the floor with my companion and he chewed his bed while I plowed on through a not-too-brief history of Central Asia. I had about got to the Second Afghan War in 1878 when Britain was trying to get revenge for having their armies served to them on a platter by Afghan fighters ( does this sound familiar and modern? It should) in the first War of 1842, when the doctors were all done and finally the real van could be retrieved. 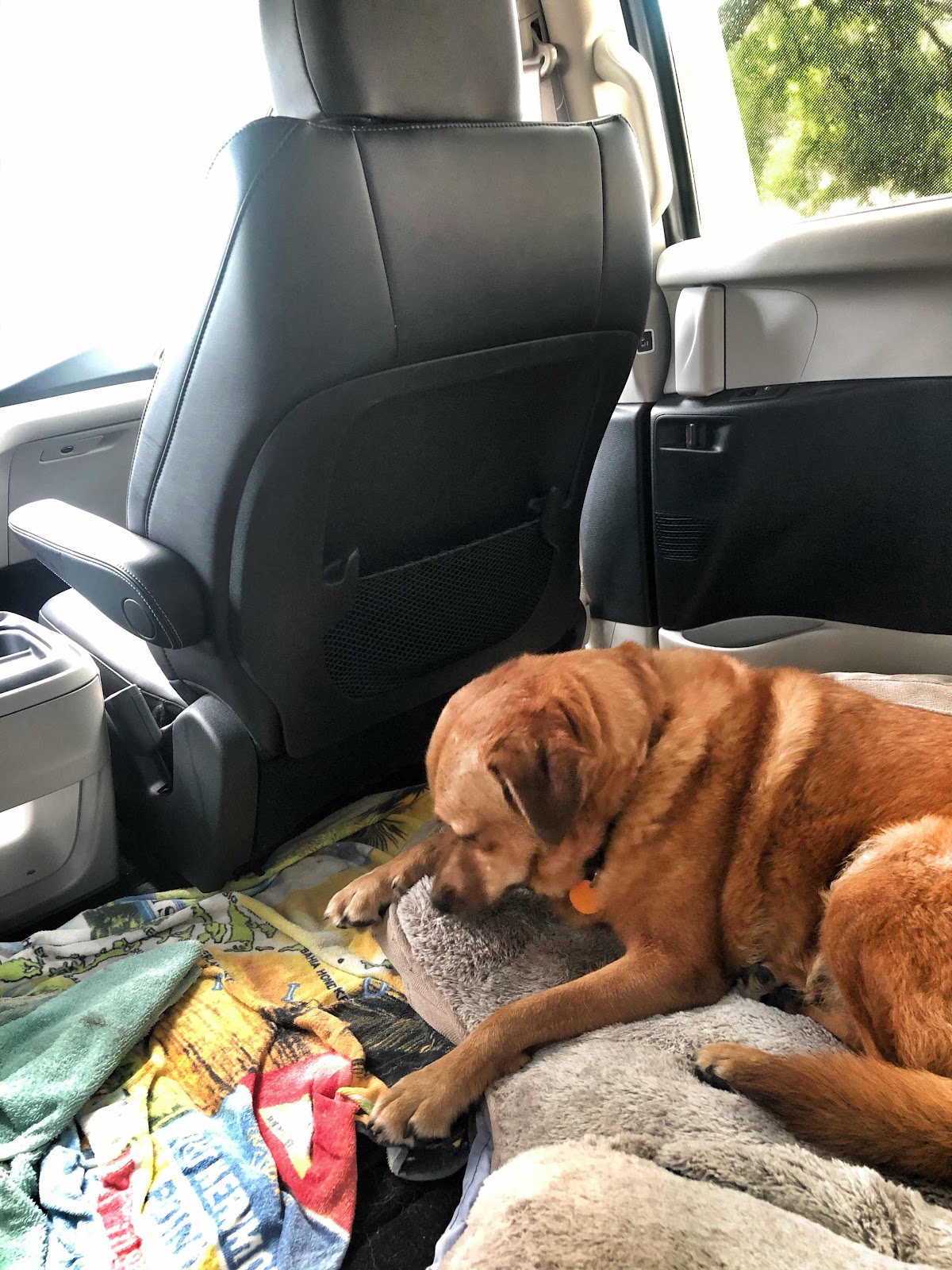 The cost to install a replacement second alternator hit the estimate precisely at $1270.41 and we were very glad to get the van back. My wife thinks she will be able to convince Nations Alternators of Cape Girardeau to cover our cost as 17,500 miles seem like a rather premature death for such equipment. The van itself is fine and the technician said Custom Coach did a first rate installation of the second alternator which gives us over 200 amp/hours of electricity as we drive to recharge our 600amps of lithium batteries with which we power the living space. 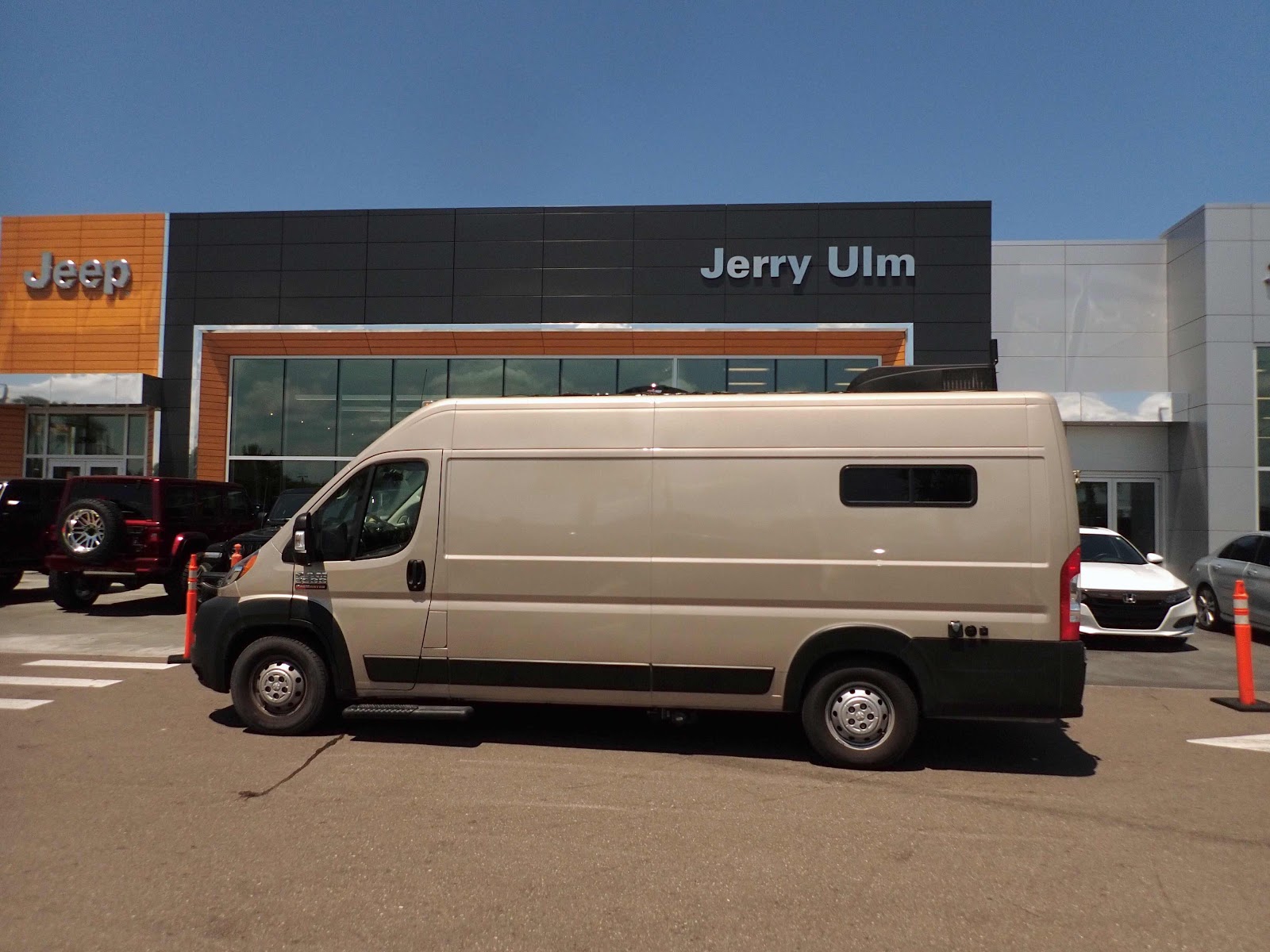 To have the van back felt like getting our lives back. It is odd how quickly one adapts to having the conveniences of life on the road with you.I now have my office back where I can type these words, my wife has a toilet within arms reach at all times and Rusty gets to go everywhere with us. Even shopping of which we did a fair bit. 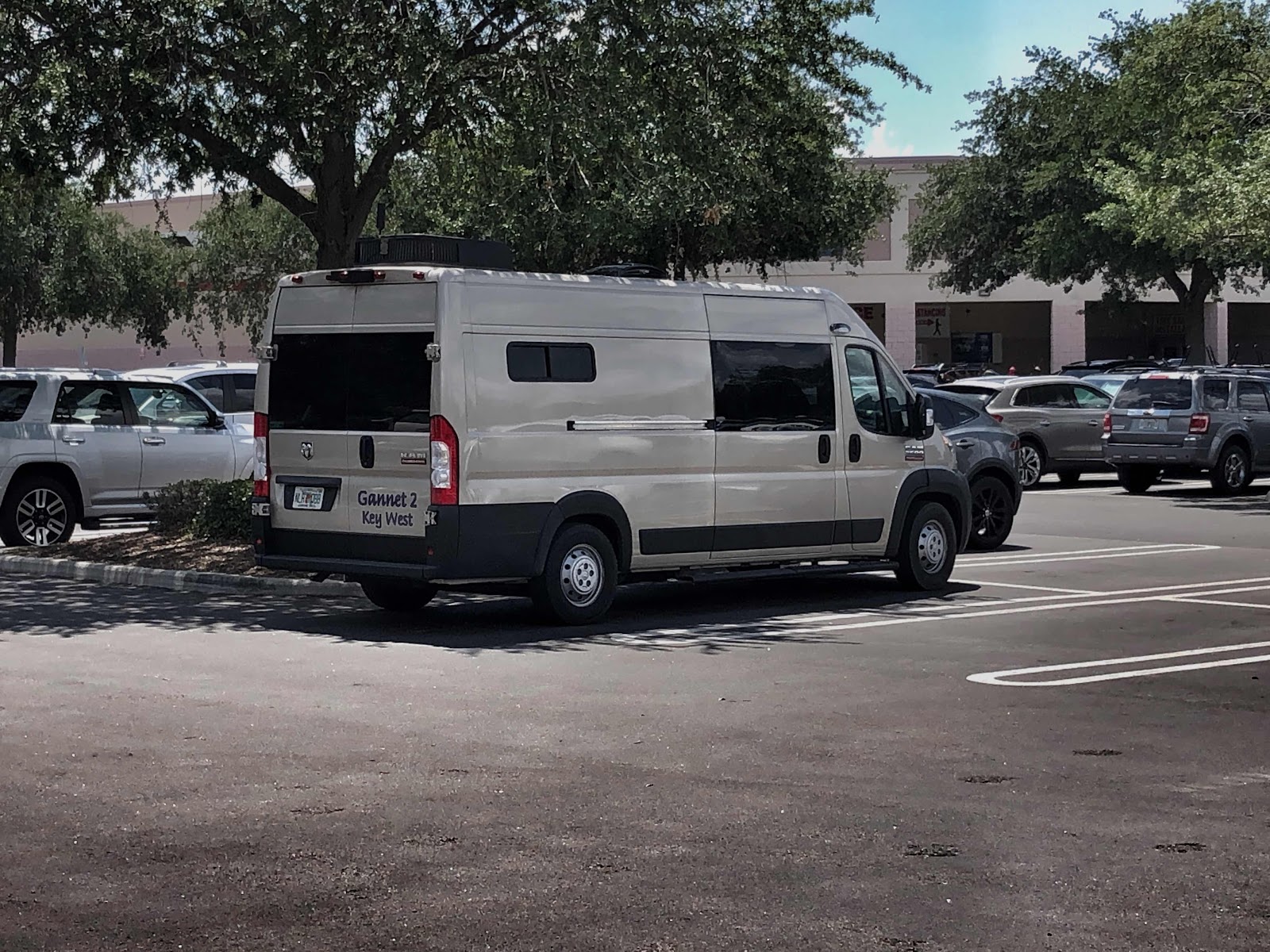 Our experiment this weekend is too tay three nights inn RV park close by the hospital and the doctor's office. It's our first stay in a formal private RV Park with all modern conveniences. Bay Bayou is a tightly run ship and the facilities sparkle, the spaces are kept tidy and many of the RVs seem to be left here over the summer and used in the winter as snowbird homes. Consequently we in our ridiculously short 21 foot van sit like a cottage surrounded by skyscrapers most of which are unoccupied at the moment. 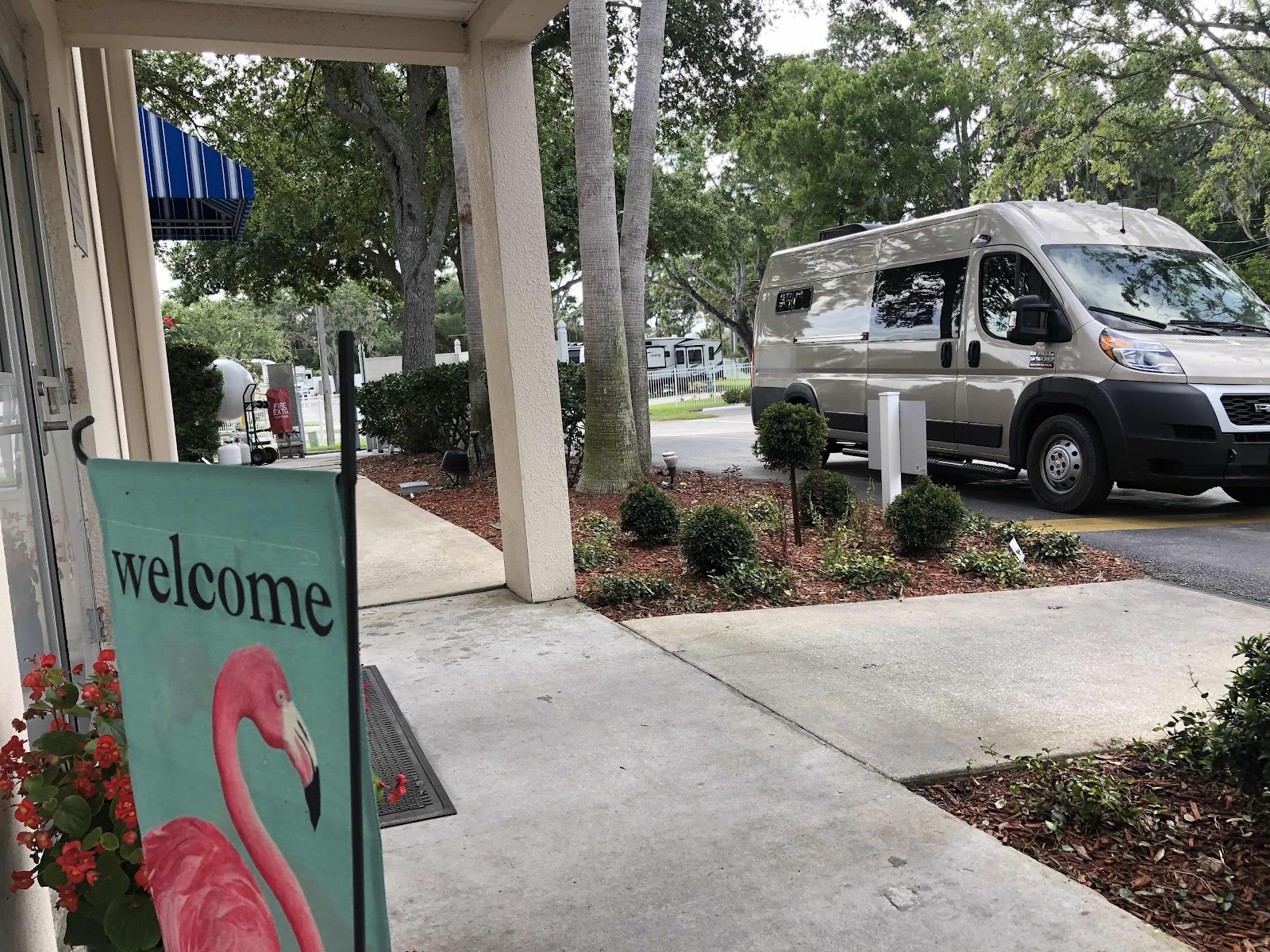 I got our clamshell out for a sitting area and we plugged in the power cord. Settling into. way of life that suddenly hit my nostalgia button: this is just like being in a marina! Suddenly the unfamiliar became familiar to me as I walked across the road to the air conditioned (!) shower block and noted the open air and well equipped laundry space, the cleanliness and the useful signage. 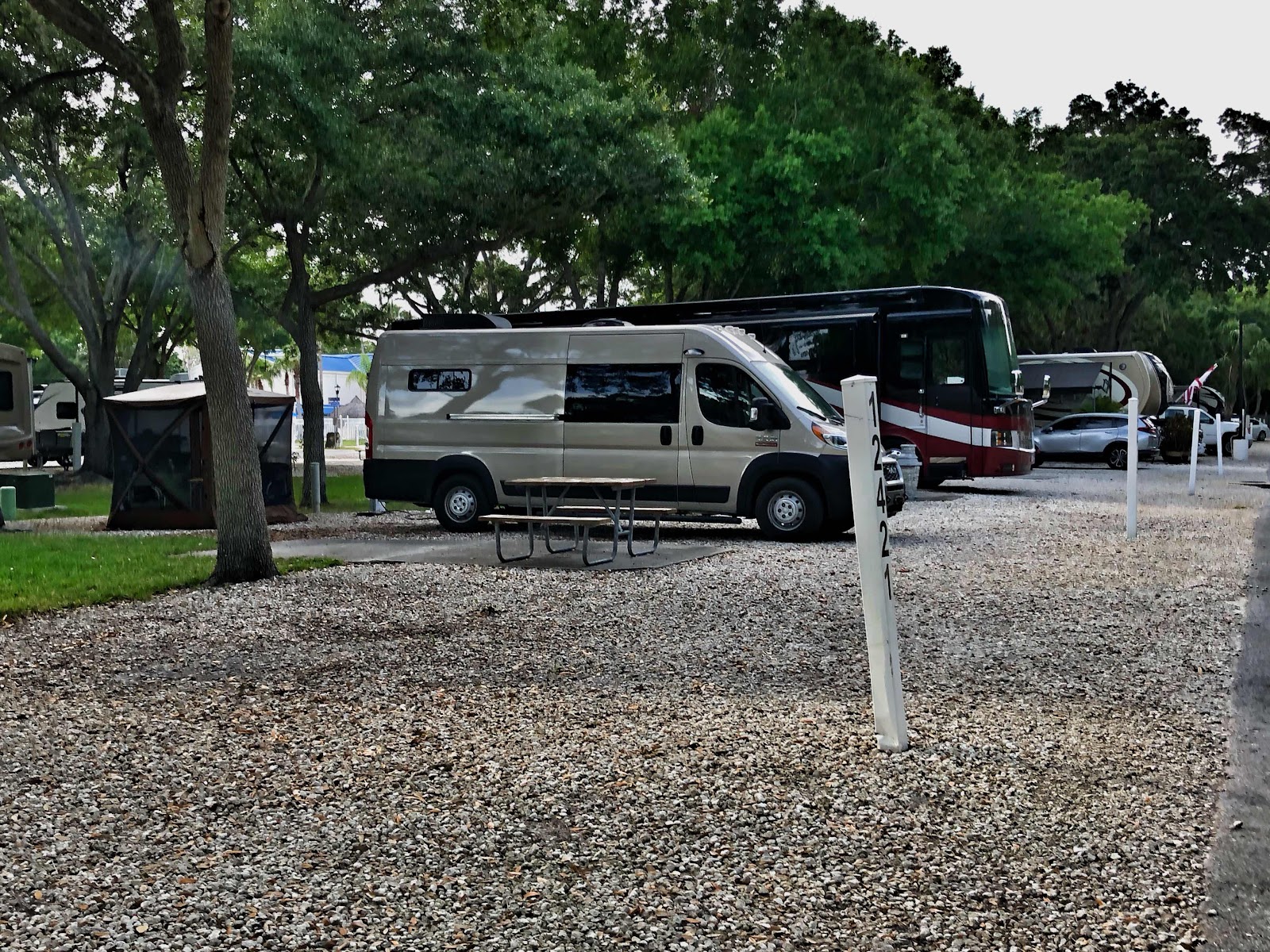 In a world where the middle classes like to live in extravagantly large homes I'm not sure bunking down like this would appeal much except as an eccentric adventure. For me the advantages of the RV park are not compensation enough for the restrictions necessarily. To keep. bunch of human beings looking civilized takes four pages of rules, and their enforcement is required. 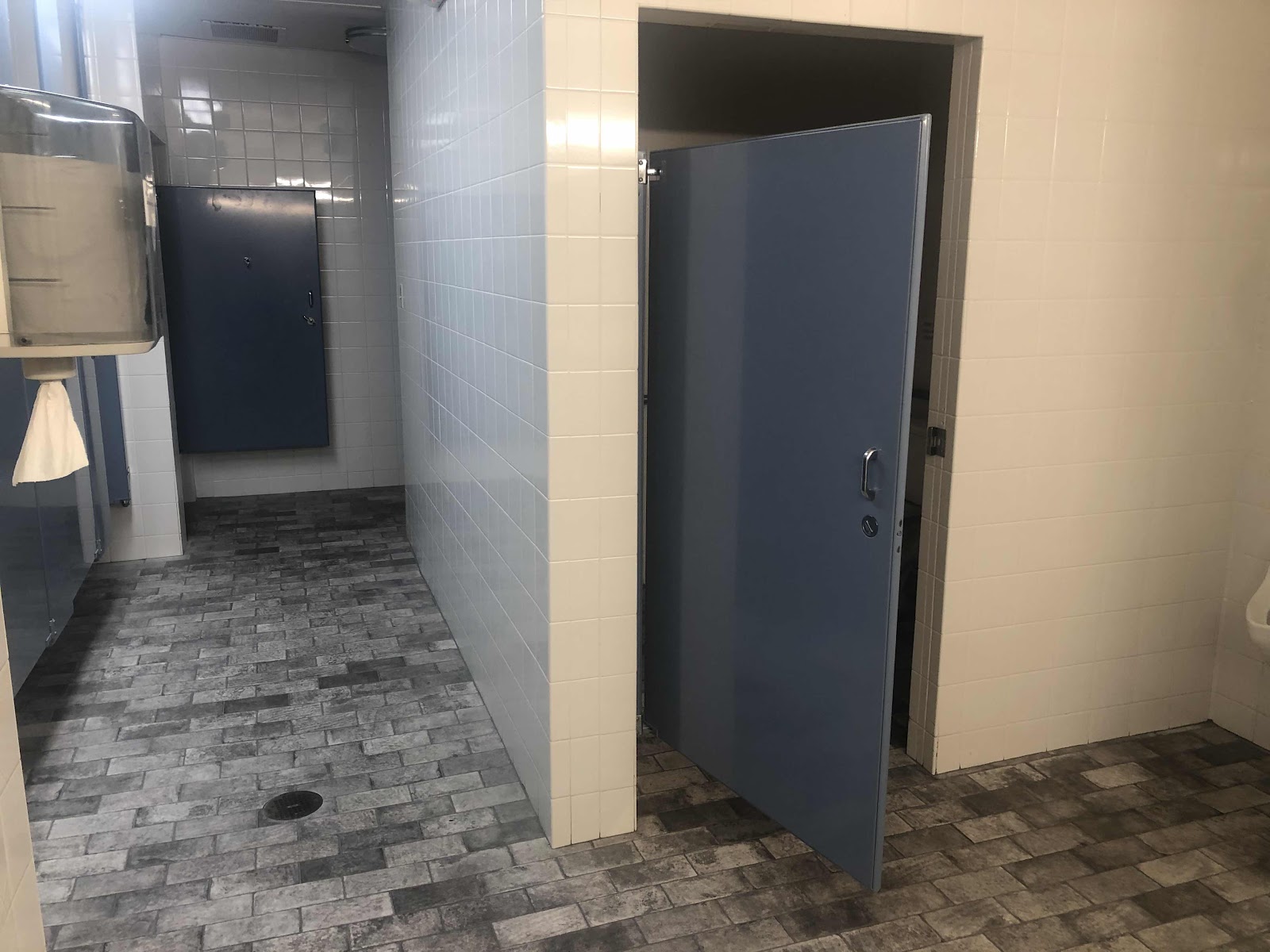 So for a rule follower like me there is a slight, but overriding sense that somewhere somehow I am slipping. I had to buy a special non retracting leash to be legal here so the first night I walked Rusty self consciously, surreptitiously trying not to be obvious with a very short retractable leash. I get their point: people do mangle their skin with retractable leashes, and considering the 911 calls I get I know people are, or can be, dim. Therefore eliminate any chance of a screw up and ban the possibility of injury inflicted by a retractable leash. So we went to Lowe's and spent ten bucks on a traditional six footer to keep the overlords happy. 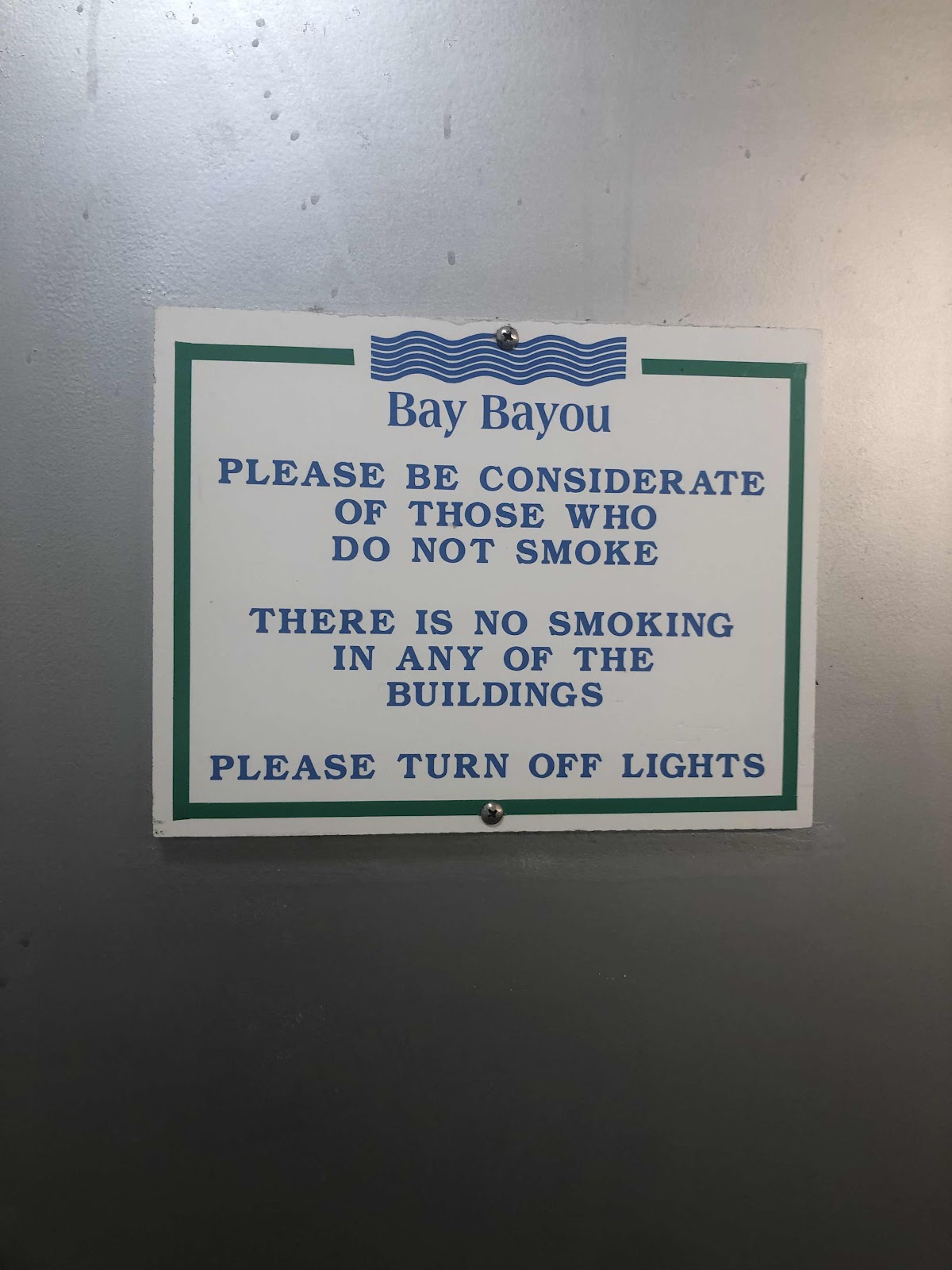 And yes, after my late night solo shower I turned off the lights. Ten years at Hogwarts during the British energy crisis of the 1970s and turning off unused electric lights has been beaten into my psyche. 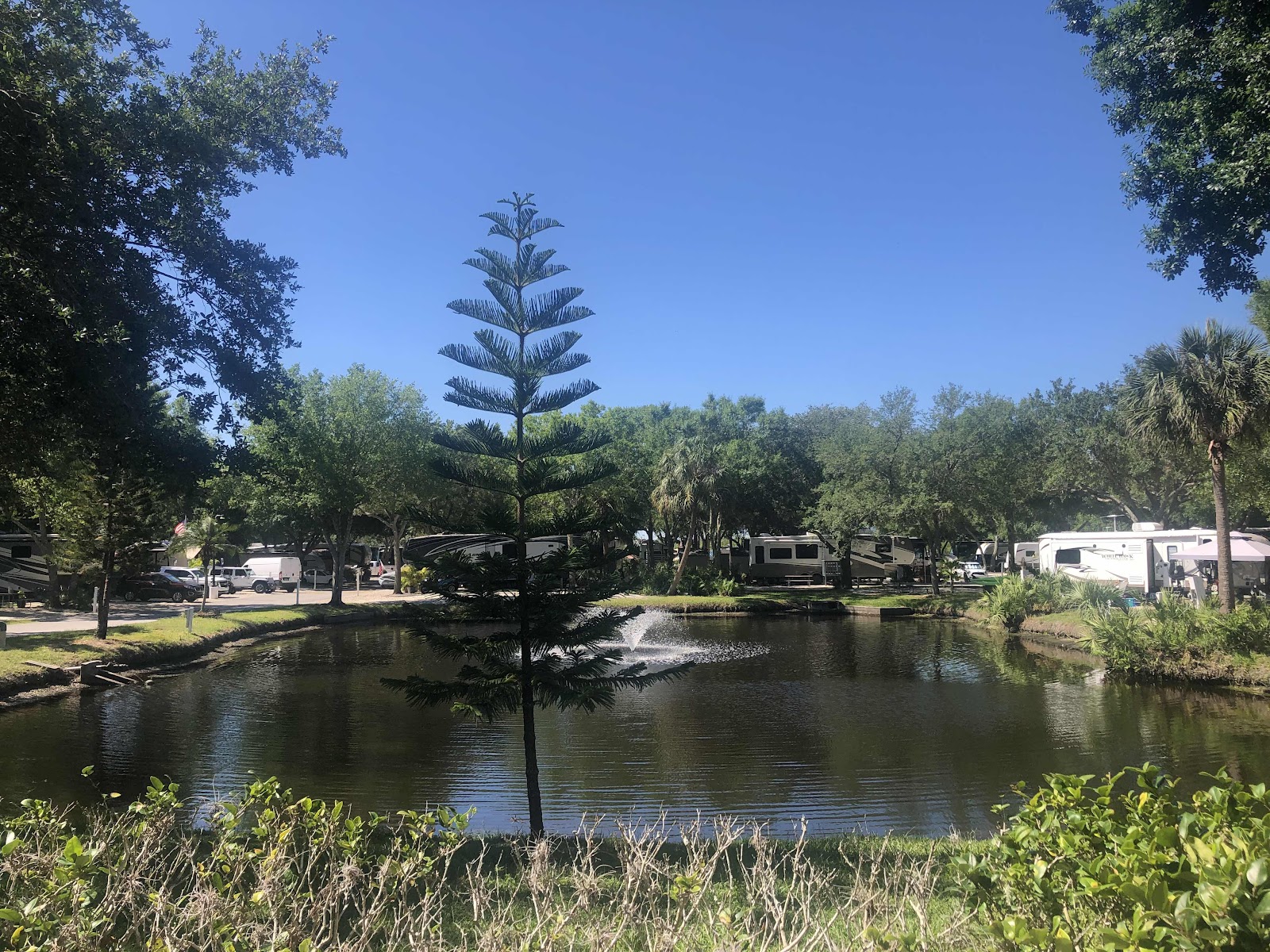 By way of compensation the park is pretty and large and has a couple of dog parks which Rusty doesn't care for, and the people are pleasant enough, the ones that make eye contact. But clearly we are short termers, and live as I do in the Keys, I understand the lack of enthusiasm for investing in a person who is here today and gone tomorrow. A pleasant hallo and on we walk. Rusty loves the soft grass at our site and as the site next to us is empty her sits like little prince in the grass, carefully tethered (to the van, not the tree, that was my first night faux pas) and with paws crossed loves watching the activity in the park.
For us without a towed vehicle (a "toad" in the lingo of RV life) and lacking electric bicycles in the modern fashion, we unplug the van and take it for a drive to pick up prescriptions and buy ready made meals at Trader Joe's. Fortunately a 21 foot van is an easy vehicle to drive and park, shorter as it is than many over sized pick ups. I parked under the shade a couple of blocks from the crowded Trader Joe's parking lot, and with Rusty of course, waited to receive a summons to meet the busy shopper. This was a meeting area it turned out for parents waiting to pick up children at an elementary school. When I left the place was thick with idling SUVs. I wonder what happened to the school bus concept? 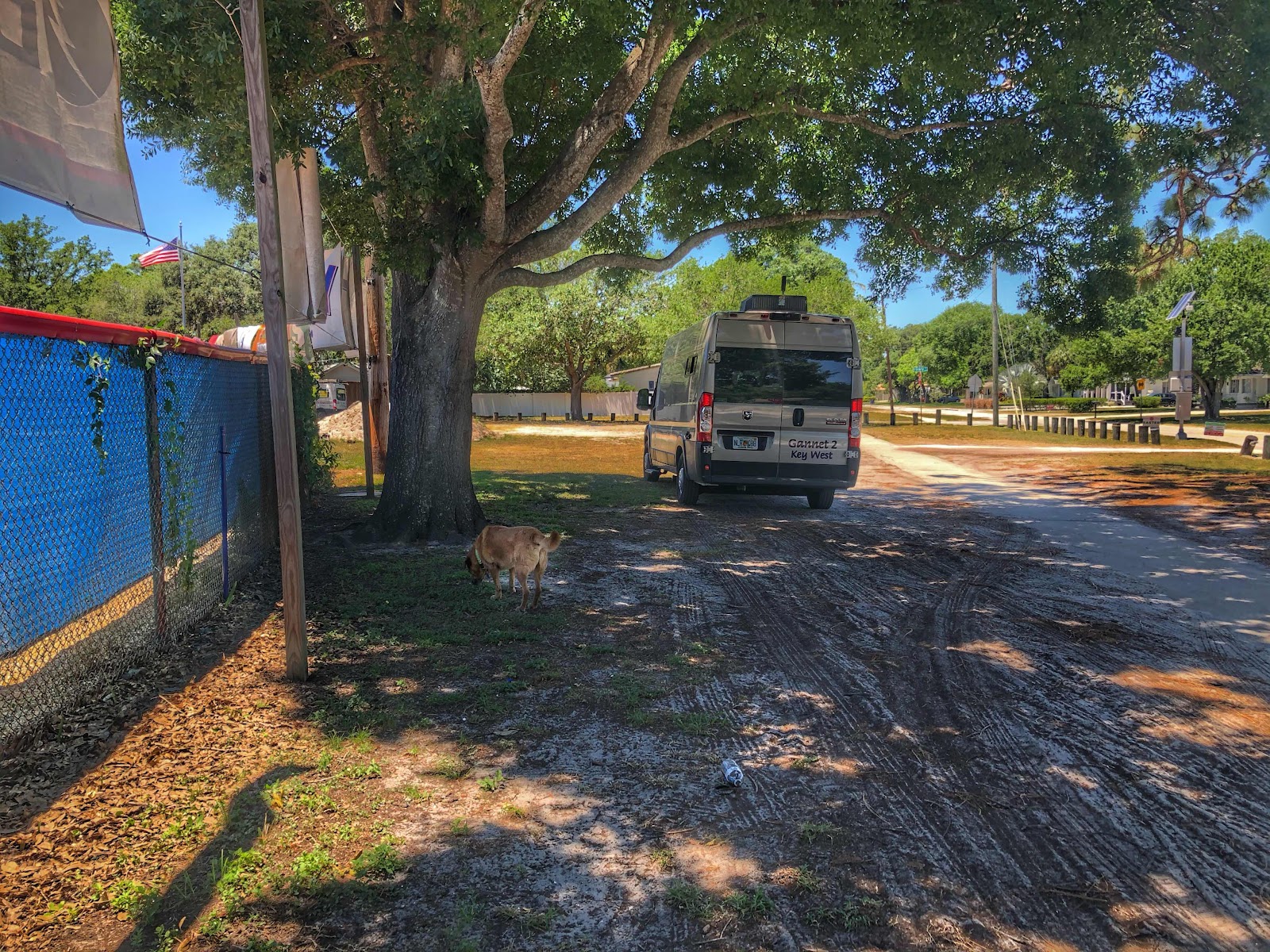 Monday morning at ten o'clock my wife has a reverse shoulder replacement where they cut off her arm and stick it back with the cup and ball of her shoulder joint replaced with metal inserts and reversed to take advantage of as much bone as her arthritis has left her in the joint. It is supposed to take two hours and we should be free to drive home, GANNET2 acting as an ambulance, on Tuesday. My pelvic surgery took four goes with the longest lasting seven hours so you can imagine how much I rag her about her modest little operation. It's not really so simple but in a few weeks she should at last be pain free and able to once again use her arm. And to achieve that all this will be worth it. Then the preparation for retirement and life on the road will begin in earnest. 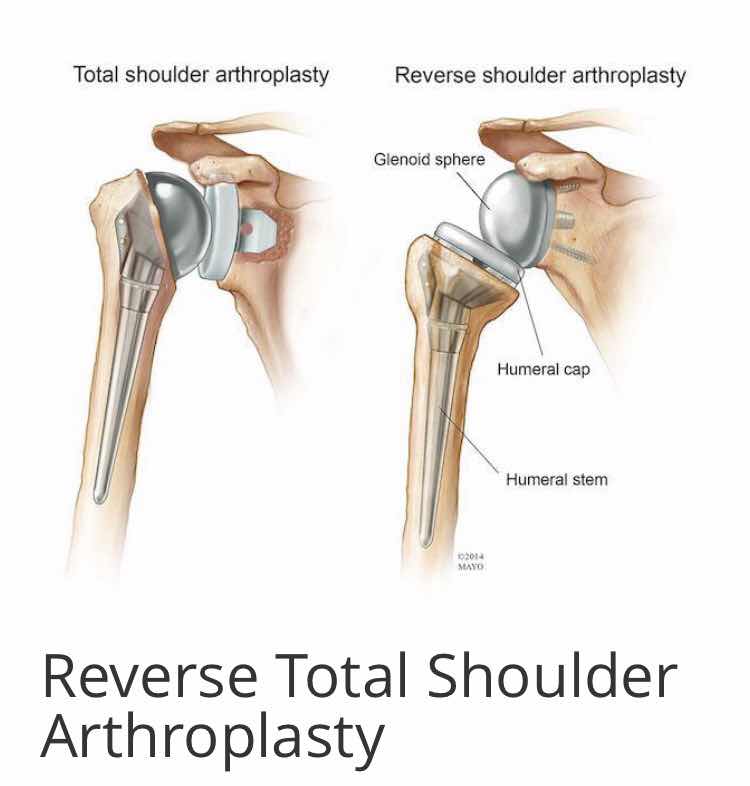 The cup and ball above are reversed- on the left the normal arrangement with no change in their positions, on the right they are reversed to create a stronger joint where there is less bone. All should be done by lunch time. I shall be with Rusty in the van chewing my nails.
Posted by Conchscooter at 12:00 AM 6 comments: