The House Of No

I like Florida summers. I used to be able to stand up and say that publicly, but 2020 seems to be on track to ruin that happy memory along with so many others. This summer has been so hot I was actually panting to see cooler temperatures on my driving vacation Up North. Daily "feel like" temperatures reported by the National Weather Service put the Keys this summer in the over 100 degree club, day after day. If a temperature doesn't "feel like" then what is it? I ask myself in my perpetual pursuit of the pointless question.  Weather wording confuses me but the suffocating heat is even more surprising, and not welcome and among islands where summers are supposed to be tempered by wind and water this is also confusing. 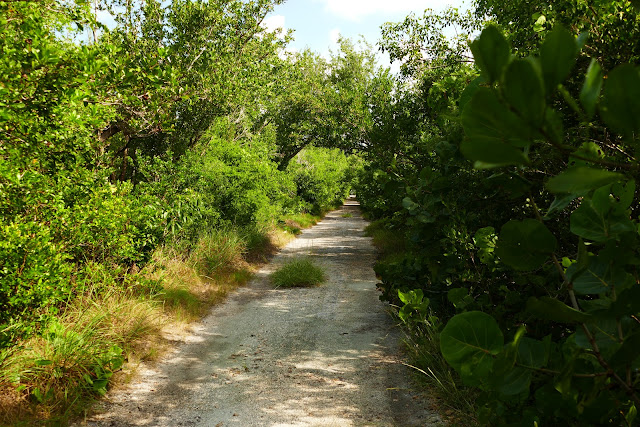 So it is then that I would normally try to get out early in the morning with the ever energetic hound but right after vacation we both were tired enough to feel the need to sleep in. so by the time we left home to look for a welcome back walk I thought of where we might find some shade. 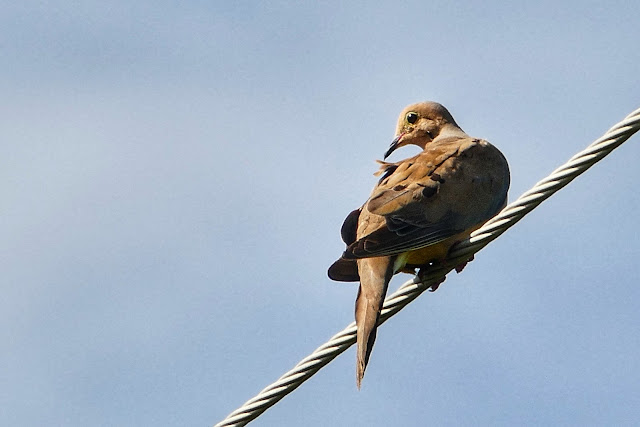 It was nice to be back for me and for poor Rusty who has had I am pretty sure a giant headache for three weeks waking up every day to unfamiliar surroundings and weird woods and cold temperatures such as no Miami raised dog would ever expect to feel. At last he was on familiar ground though I suspect some cool Michigan morning dew might have come as a relief for him too. 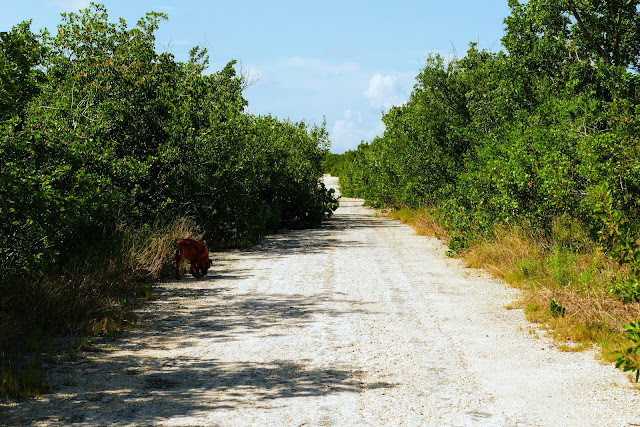 When you've been away for three weeks it can feel when you get back as though you have been gone for months, or lifetimes. That things remain familiar is slightly surprising. I was home. 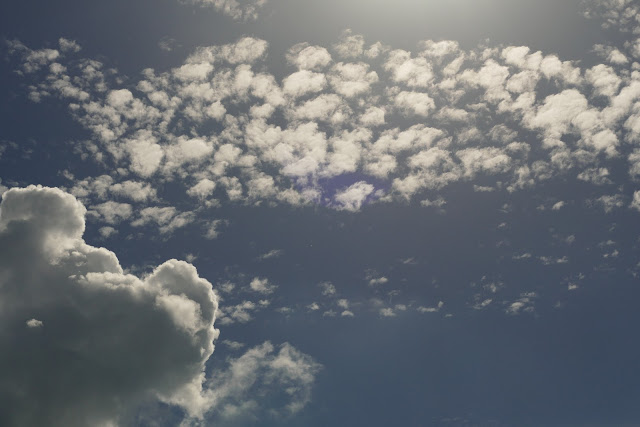 Later this month the City of Key West is scheduled to go through a mayoral election that has the potential to become in hindsight a turning point. Three candidates and they are all hinging their campaigns on Key West's future. I am relieved to be a county resident with the ability to stand on the sidelines and watch what happens. The incumbent Teri Johnston is  Florida's first lesbian mayor, at least the first such acknowledged, but that happily is no longer a talking point in town though it has an interesting historical parallel as Richard Heyman broke new ground in 1983 when he was elected mayor and caused gasps of consternation which as you can tell with hindsight were vastly overblown. Hands up anyone who has heard of Heyman the pioneer gay elected official? See, it really never has  mattered despite the previous chorus of disapproval. 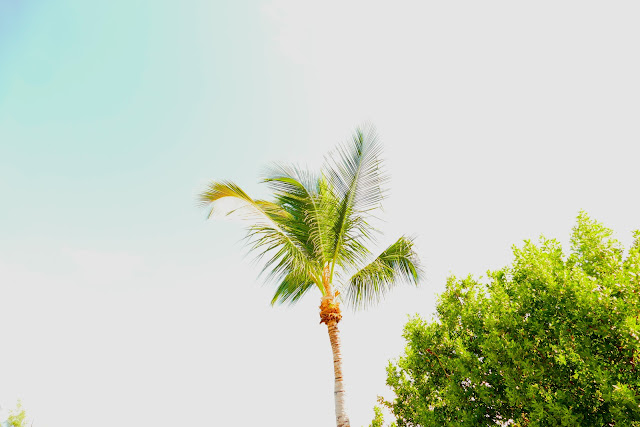 Johnston is suffering as all incumbents currently are, from multilateral criticism of her handling of a world wide pandemic as though she is supposed to know how to deal with a new virus when even the CDC has struggled. Aside from cheap shots Johnston has taken a cruise ship position that is coalescing into the Big Issue this summer. Early in the campaign the Spottswood development family threw out the notion of changing the way the city attracts tourists. They want to redirect tourism toward a more thoughtful, history oriented type of tourist, one with money and time and an interest in the town and its past. Which could sound alluring unless you happen to own the epicenter of the crass loud t-shirt wearing heavy beer drinking tourist economy currently powering the city's allure. Mark Rossi who owns Rick's complex on Lower Duval has stepped up to take on Mayor Johnston and his campaign calls for more of the same, full steam ahead and no changes. 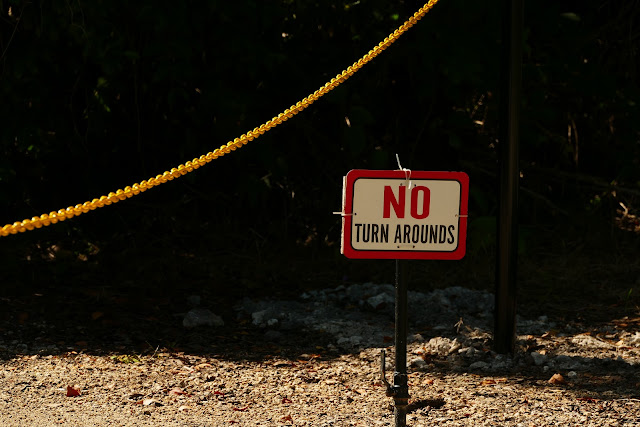 It is without doubt a classic contest, the tall spare elegant mayor, understated and thoughtful against the loud sweaty angry bar owner who looks like a caricature of himself yet by virtue of longevity has proven himself to be every bit as capable of managing his life as has the mayor. Their positions are as obvious and clear and as different as their public perceptions of themselves. Which is the point at which the joker slips out of the pack and lands directly in their laps. This has become a three way race. Rick Haskins who runs a very successful property management and sales empire has entered the race making a total mess of the simplicity of the previously clearly defined two way race. 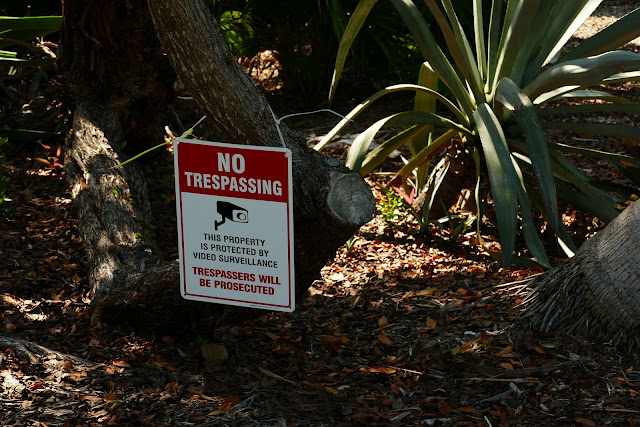 I should point out I know Rick Haskins and he was incredibly helpful and kind to me after my accident and I felt nothing but exceedingly grateful for his help and thoughtfulness. I have contributed to his campaign and could I wave a magic wand, I would make him mayor and hope to have charmed him and not cursed him To be mayor is I think, an awful thankless job in a town where gratitude and self reflection are in short supply. Having said all that I have no idea how he would do as mayor and neither does anyone else I suspect. He is the candidate of the native born and disaffected others. 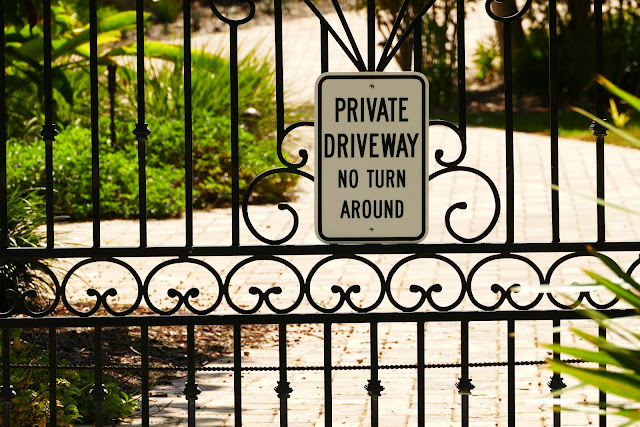 Haskins grew up in Key West and I dare say he will corner the Conch vote though there must be some Conchs (native born residents) he has annoyed over his life, but I dare say his candidacy will draw off lots of votes.  Interestingly Haskins has only one official position if you can call it that: I was born here and I want to make Key West the nirvana it was when I was a child. On cruise ships and their size, he simply says he will abide by the results of the referendum which basically asks residents to limit the size of ships and numbers of passengers. Whatever might be Haskins' opinion on this divisive issue ...only Haskins knows. That could very well be a winning strategy in opinionated Key West. Nirvana cometh...vote for me and all will be explained. Vote by trust. 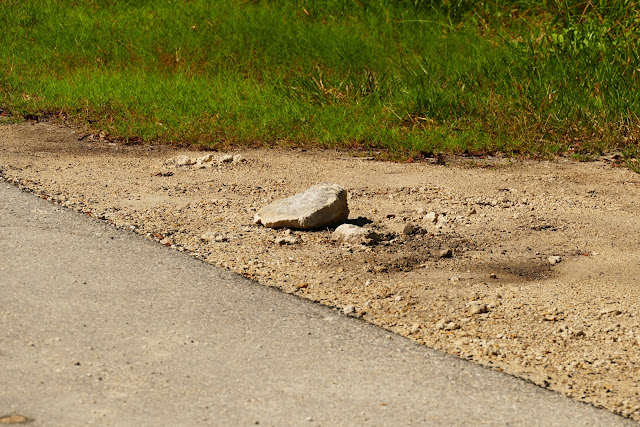 I am drawing to the end of my time in Key West so in the long term the outcome of this race affects me  not too much at all. My pension is managed by an outside organization and unlike many states Florida's pensions pay out relatively modest sums but they are funded to a blue chip level. Certainly compared to some state pension plans on the verge of bankruptcy. Nevertheless after I have gone walkabout for a few years I would like to come back to this city not as an employee but like so many of you as a permanent vacationer and I should like to find it in good health. Which of these candidates is the best for securing such a future I couldn't say. Who can? 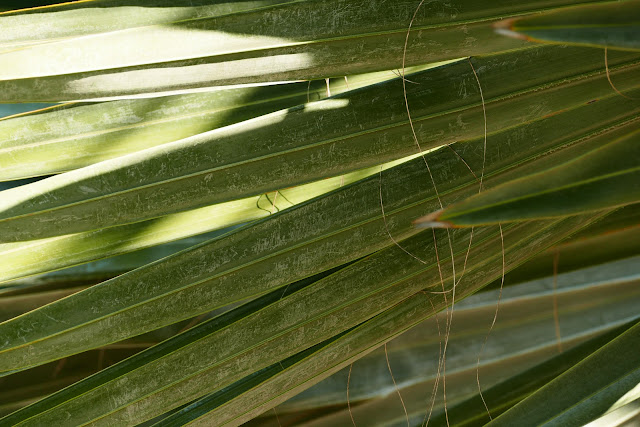 I am not a fan of the Spottswood empire, an organization that from time to time appears in public and offers self serving plans in the spirit of public munificence so I am leery of the ideas proposed by the current Mayor.  Candidate Rossi presents himself as a bumbling residentially challenged mess, a facade which hides a shrewd businessman who understands the contra-conventionally inclined self image of the pirate city, and has made a solid living from pandering to it. He wants, understandably, more of the same and there is a lot to be said for not rocking the apple cart, especially at a  time when every other thing in life seems poised to tip into disaster. Rick Haskins? He has succeeded at every single thing he's done in a life that has included military service, tight family connections and a charming easy going personable manner. He could very well be the revolution that Key West doesn't yet know it wants. It's a Trumpian moment as the city sits poised to say we need change, lets go with the unknown quantity. 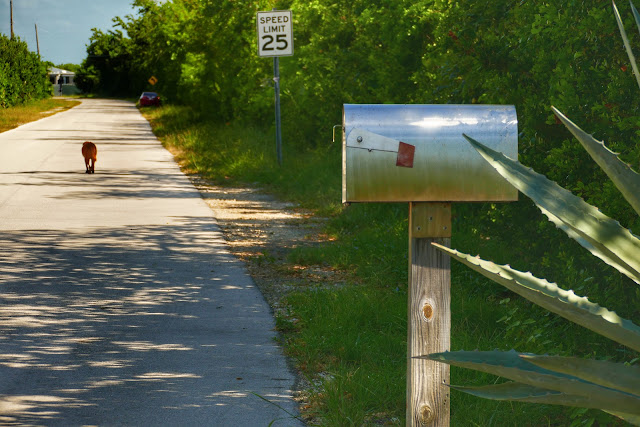 I was thinking these thoughts as I walked with Rusty in the thick oppressive heat of a day clearly not produced by global climate change, walking in social isolation because I enjoy it not because its mandated by a global pandemic (I am being a bit sarcastic here)...Passing this multi million dollar house which sits alone on a  side road I saw all the lovely signs proclaiming the new owner's mastery of his domain. No this, no that, no to the other. Early on they lined the public roadway with their rocks and tree limbs to keep people from parking at the end of the road. Apparently they have been educated as to the notion of a public right of way.  One day I was standing with my camera endeavoring to grasp an Edward Weston moment by turning the cactus into an abstract object when an expensive car with an older expensive woman inside pulled up angrily sounding her horn. "Why are you photographing my mailbox?" she screeched looking like Nancy Reagan with none of the grace, manners or poise. I calmed her down but that foul encounter put me in mind of the mayoral race. Just because they come down with money and an interest in history doesn't mean they are kind or generous or easy going. Some people think island time means acting slow or sleepy. Island time I have come to discover  over the decades means doing your thing and pulling over to let others do theirs. It is a concept harder and harder to grasp the more detached and paranoid we become. 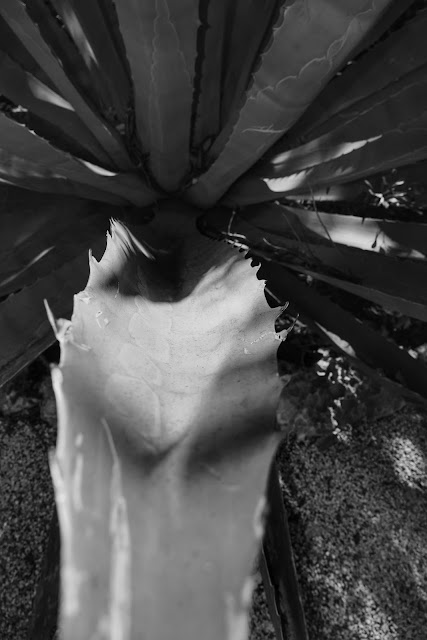 I hope Key West makes the right choice for the future, and in their own way the thousands of voters in the city will be hoping the same hope whoever they vote for. I don't envy them because whoever wins the supporters of the losing candidates will stamp their feet and grumble and undermine whatever hope for civility there is in a world where local politics are infected by national dissent. We need a civics lesson: the real meaning of  1) Island Time. 2) One Human Family 3) Why The Keys Were Different. 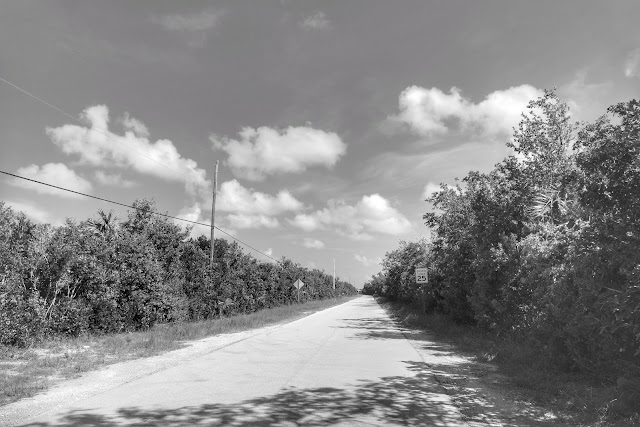 It all hinges on a  vote. Key West I mean, Not Washington. That comes later. I hope Key West figures our how to cherish diversity, eccentricity and non conformity. A future filled with gentrified complaining retirees is not a future I would wish to participate in even if it were possible.
Posted by Conchscooter at 12:00 AM 7 comments: