From The Archives: Living On Boats In The Keys

The state of Florida is trying to control anchoring in coastal waters, a privilege traditionally extended to sailors by maritime law and usage and overseen by the Federal Government. Among sailors these encroachments are feared and opposed buy coastal residents see too many bad apples fouling waters, and coastlines, and not respecting local communities. Proposals to ban anchoring in Boca Chica Bay, south of Mile Marker Six on the Overseas Highway so far have come to naught but the  future is clearly pointing in that direction. Here's why: 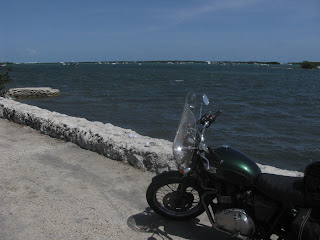 Boca Chica Bay is a body of water bounded by Highway One to the north (with enough clearance to allow fishing skiffs to pass underneath) Stock Island to the west, and Boca Chica Naval Air Station to the east. To the south is a narrow channel which gives access to the open waters of the Straits of Florida. It is the perfect place to live on a boat and I am not alone in noticing this. 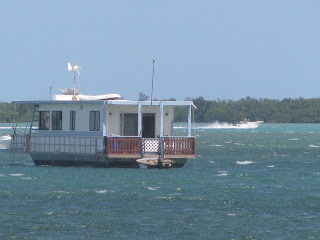 Over the years I have seen the number of boats anchoring in Boca Chica Bay increase by leaps and bounds. Living on a boat has always been a cheap way to hang out in Key West, and aside from the transient population of mostly winter visitors who stay for a few weeks or months at a time, there are any number of boats whose owners never move their water "craft." 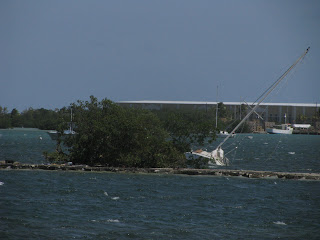 The waters off Key West aren't the best possible place to anchor from a boater's perspective because even though they are closest to the downtown action they are exposed in any winds that don't have an easterly component to them. Winter north winds rake the harbor and pre-frontal west winds do the same. Holding isn't the best, as it's mostly thin sand over rock and the waters are part of the main channel which carries plenty of traffic to the Gulf of Mexico. All that compares unfavorably to the closed waters of boot Key in Marathon discussed here previously. And Boca Chica isn't too bad at all if you are looking for protected waters. I took these pictures in a steady southeasterly at 20 knots gusting 25: 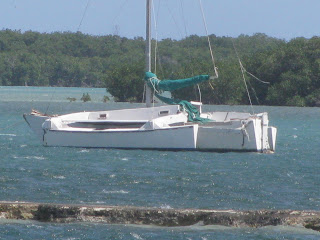 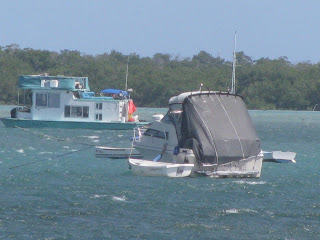 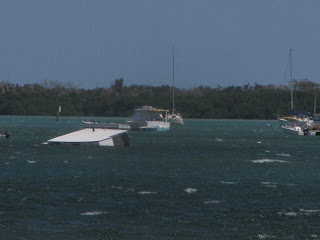 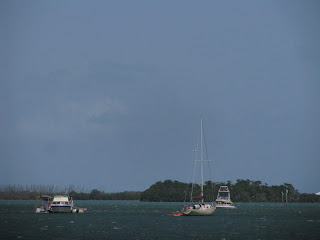 The channel into Boca Chica is well marked, and splits just south of the old Peninsular Marine, where the right hand channel leads to the trim and inexpensive marina maintained at the Navy Base for military and ex-military at astonishingly cheap slip rents: 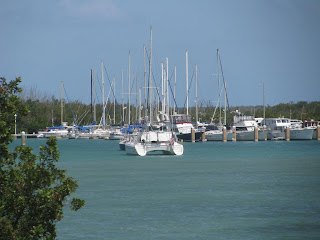 I find it ironic that on the water, as on land, the chaos of civilian life finds itself living cheek-by-jowl with the trim and orderly life of a neighboring military base. The chaos of Boca Chica liveaboards is generally a product of the fact that this is housing of the last resort, rent free, amenity free and pretty much unregulated. The fishing boats passing between the Gulf and the Straits zip through here, passing underneath the Highway, and overhead the Navy jets in training, circle on their way to and from imaginary aircraft carrier landings at the Base: 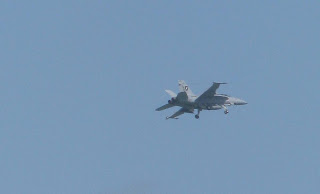 The issue as always for people living on the water is how to get ashore and in that respect Boca Chica ("small mouth" in Spanish) is very accommodating. Cars on the highway zipping past the Key Haven Shell gas station might be forgiven for not noticing the Key Have Boat Ramp that gives access to any trailered boat wanting to launch: 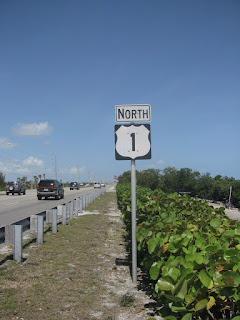 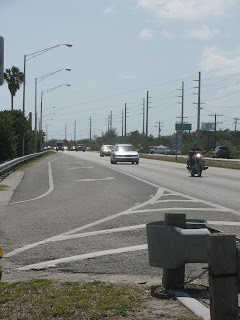 And people who want to launch their boats from here get to do so for free: 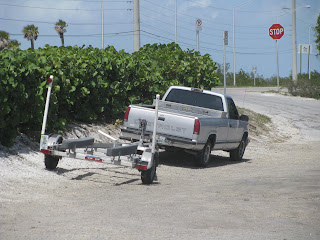 For those living on boats this is the main access point to shore side life, though many people land further up the highway in the mangroves alongside the road: 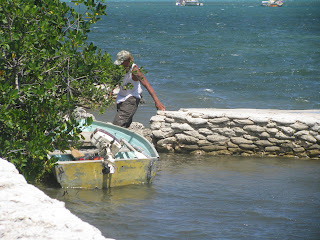 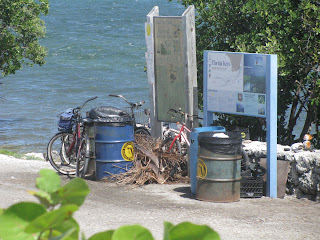 And despite the abundance of garbage cans provided as a service by the county the shoreline in the mangroves is filled with debris, as is the seawall itself, most delightfully: 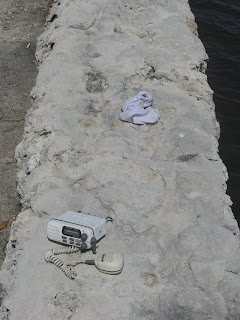 The mangroves make for safe dockage for the variety of dinghies that the liveaboards use to get to shore; the trees carry out their natural function of acting as living fenders for the shoreline: 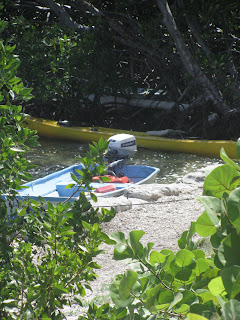 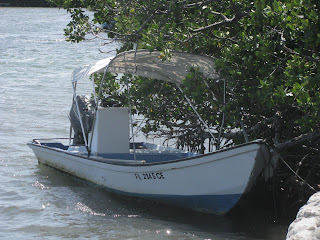 Ashore the causeway is lined at night with parked cars and scooters and bicycles when the boaters come home from their day labors, and make no mistake this is largely a population of working people. Some use bicycles which make for a six mile pedal for someone working on Duval Street: 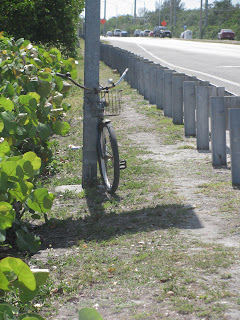 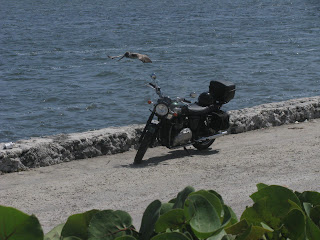 No, wait a minute, that one's mine! The ramp parking area does have lots of room: 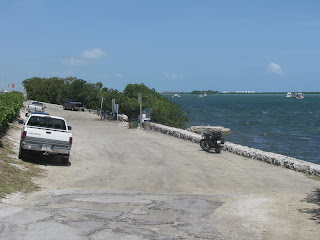 So there you have it, how to live for free in (or almost in) Key West. 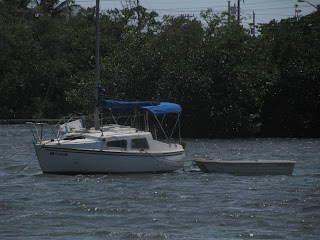 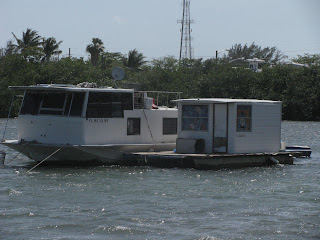 I can only say that from my many years of living on a boat, in marinas and at anchor, the best way is to be underway. Admiral Nelson is famously quoted as saying: Men and ships rot in port! Look no further than the waters adjacent to Key West to see the truth of that dictum, even today.
Posted by Conchscooter at 12:00 AM No comments: