The news out of Key West has not been terribly uplifting lately with spats made public about switching voting to citywide elections instead of by district. I don't vote in the city but some of the comments in the paper were rather unpleasant.  I think the plan has died but there were suggestions that it was a plot to consolidate the power in the hands of the few and eliminate minorities from the commission.  Hmm, I though to myself I'd better go take a few pictures and think pretty thoughts. So the first thing I saw was this shot up wildlife boundary sign, worn by time and made holey, if not sanctified. 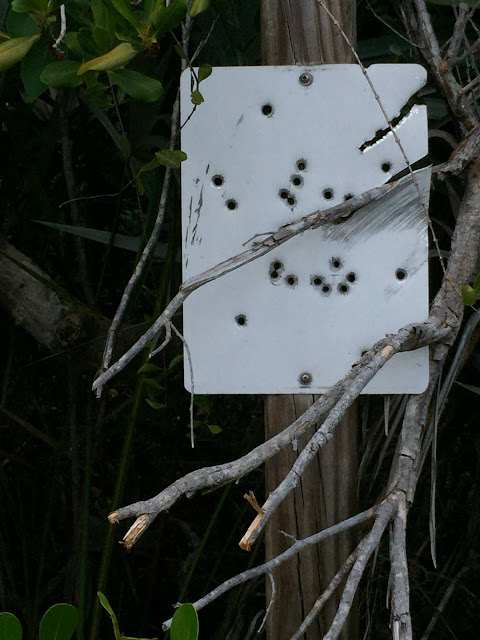 These tiny flowers growing by the side of the road seemed to have been sown on rocky ground but they were making the best of it. 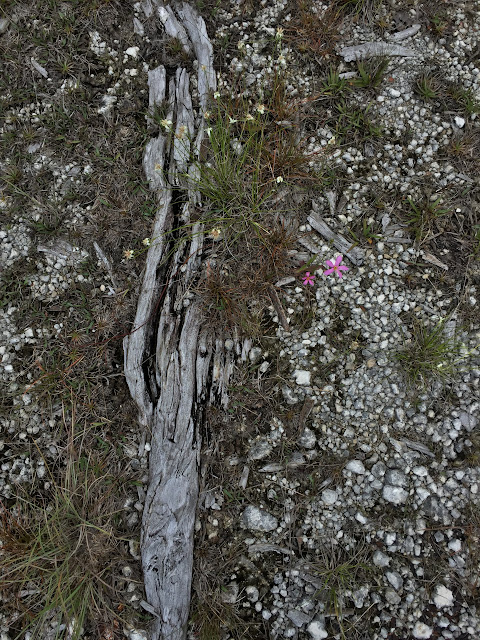 There is a sameness to the countryside in the Lower Keys, a  lack of elevation and a lack of variety among the trees and shrubs that struggle for life among the rocks and salt water, so you have to look closely to see anything in the scrub lands worth noting. Dead  tree limbs and gnarled, sun bleached roots provide contrasts that stand  out: 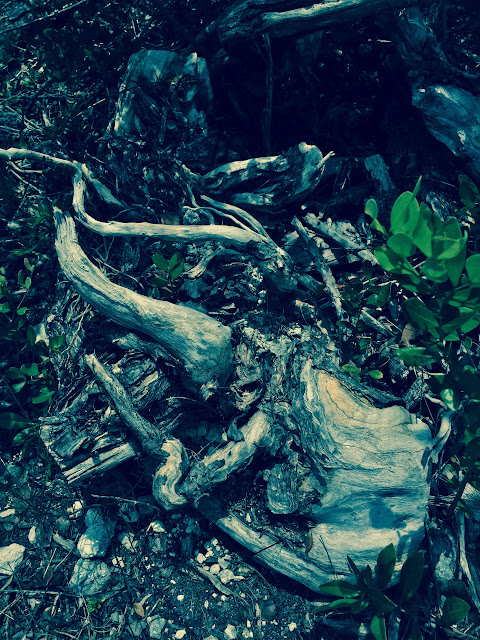 The moisture in the summer time sky can produce clouds worthy of note though yesterday it was mostly dreary and uniformly overcast, until the sun broke through and had us both baking along the road as we walked. 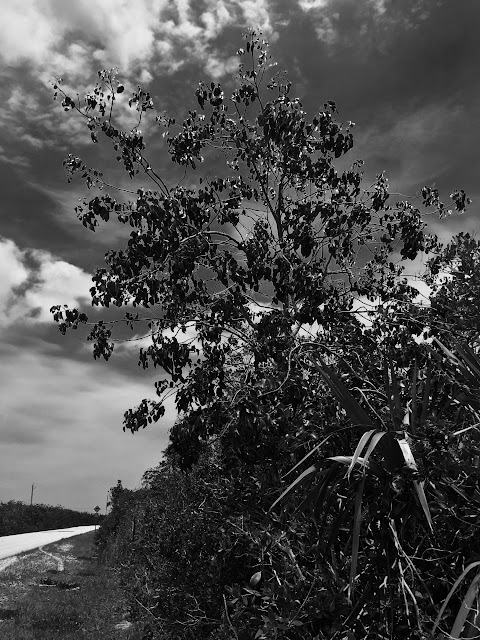 This root put me in mind of a guitar; Rusty was poking about in the bushes leaving me to let my imagination run riot. 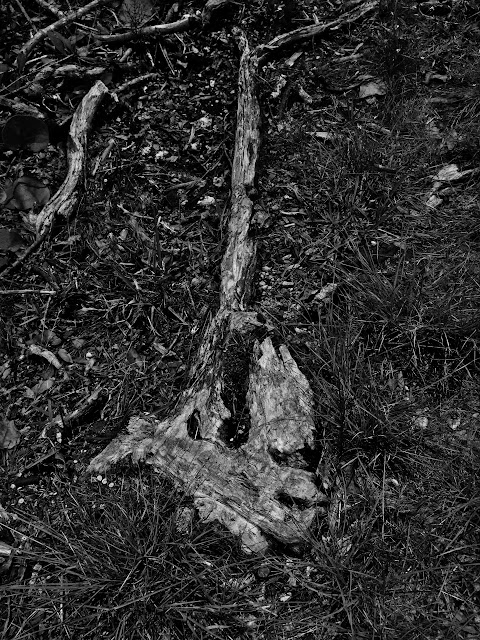 He was in no hurry to come back out into the sunshine that was . 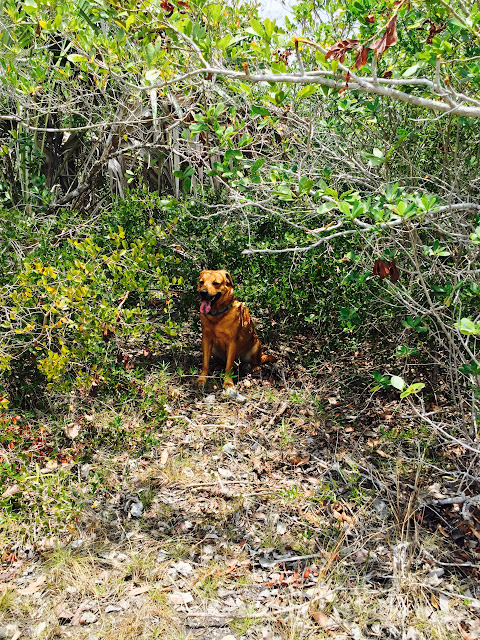 I enjoyed seeing this piece of trash labeled "BITES" in this mosquito infested  area. I remembered my repellent on this trip but I was swatting horseflies off Rusty's nose. 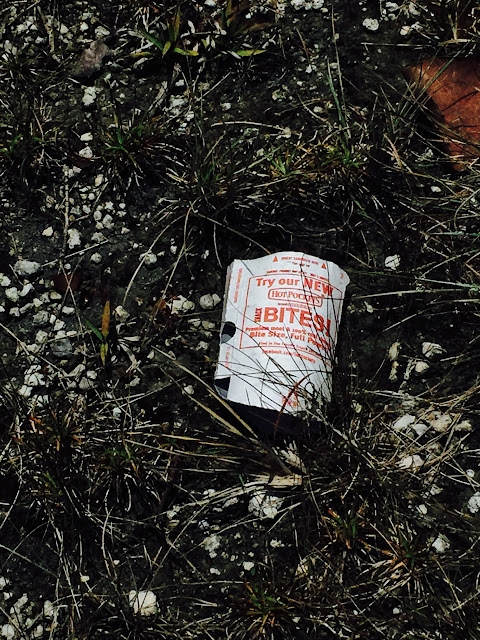 He is a funny dog, and he loves roadside walks. So when I am driving home from chores I'll pull off the highway onto a side road and let him run in the sun. He loves it and I get some power walking exercise keeping up. 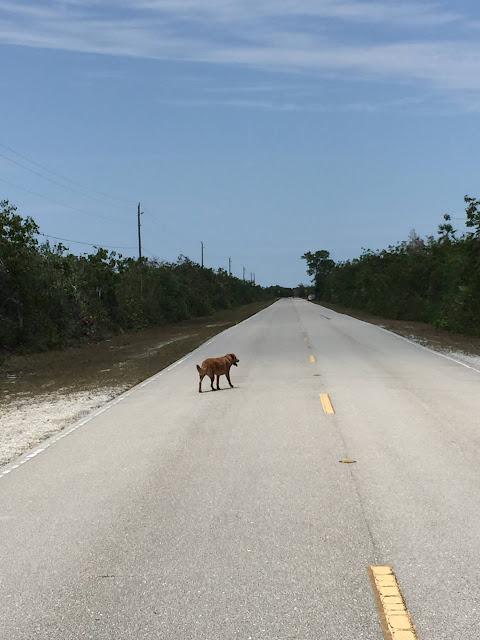 I use these opportunities to train him to sit on command when a car goers by and he does very well, perhaps I should have more faith in his traffic sense as he has survived as a street dog in Homestead and he keeps an eye out for the rare car coming up the road.  I call out to him and he sits and watches and waits for me to release him so I'm feeling pretty good about his traffic skills. 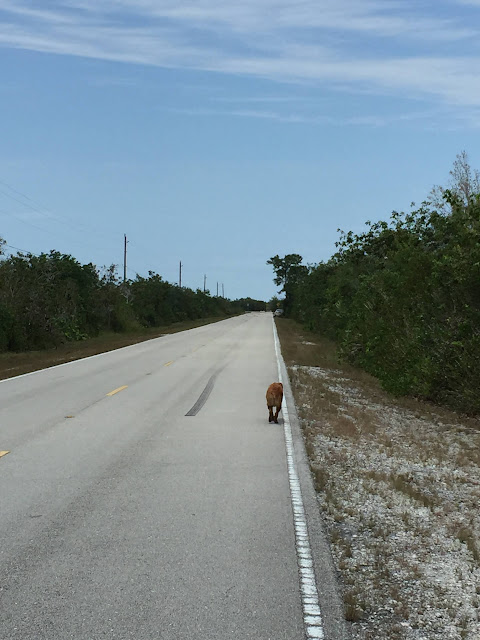 It was hot and Rusty sat at the trucnk of the car where he knows the water is stored. 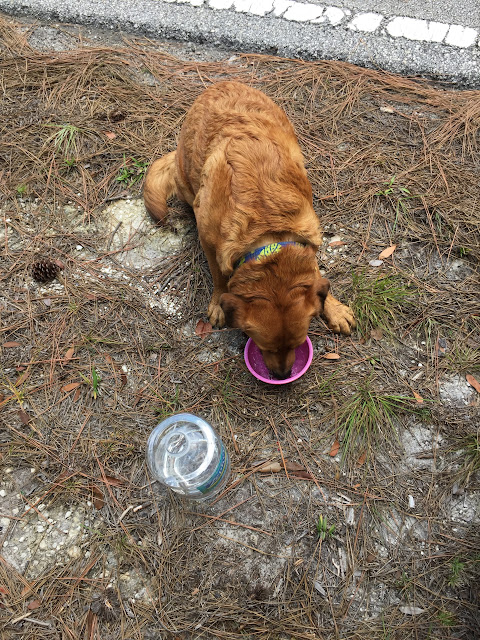