Lobster mini season doesn't seem to have been so bad this year, bad in the sense of so many people coming down to the Keys and combing every inch of seabed for lobster. I did a lot of hunkering after I got back from vacation last week expecting crowds and cars but it wasn't so bad. 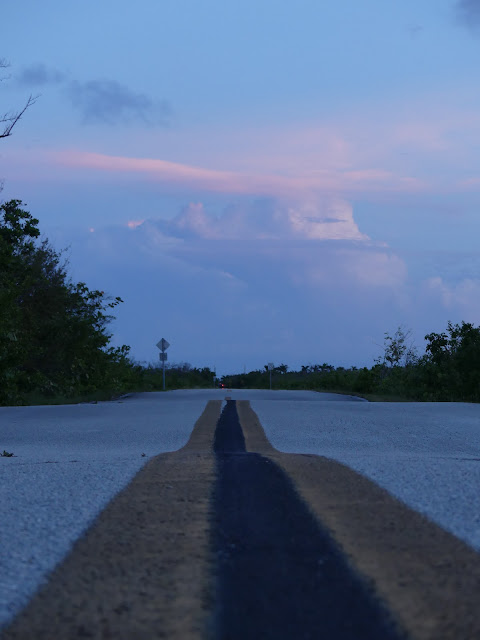 My world is circumscribed by back roads and dog walks and waiting to come to terms with another long bout of being at work. However as the Miami Herald reported it the two day non commercial lobster hunt in the Keys yielded five arrests, no doubt just as stupid as the one reported below, if not as spectacular. 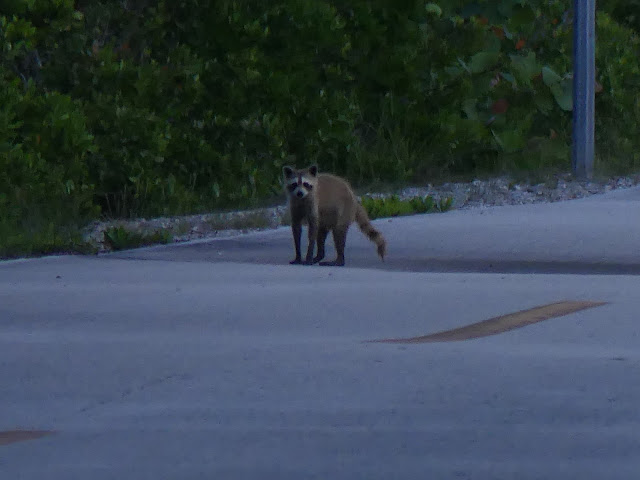 From the Miami Herald:

According to Florida Fish and Wildlife Conservation Commission Officer Kyle Chesney’s arrest report, Lawhon’s boat “did not give way to our patrol vessel and made an erratic series of swerves to the right and left” while driving in Kemp Channel near Cudjoe Key in the Lower Keys around 2 p.m. Thursday.
Chesney and Lt. Andy Cox turned on their boat’s blue emergency lights and siren, but not only did Lawhon not stop, he “sped up and made a sharp right-hand turn, which caused him to almost fall out of his boat,” Chesney wrote.
As he was fleeing police, Lawhon was throwing lobsters overboard. Chesney said he counted Lawhon, who is from Sopchoppy, in Wakulla County on the Panhandle, tossing eight.
“Lt. Cox and I yelled at Lawhon to stop and that he was under arrest,” Chesney wrote. “He continued to toss lobster overboard.”
He finally stopped his boat, but Lawton again threw more lobsters from his vessel, according to Chesney’s report.
The two FWC officers yelled at him to stop moving and put his hands over his head. They grabbed Lawhon and placed him onto their vessel and cuffed him. 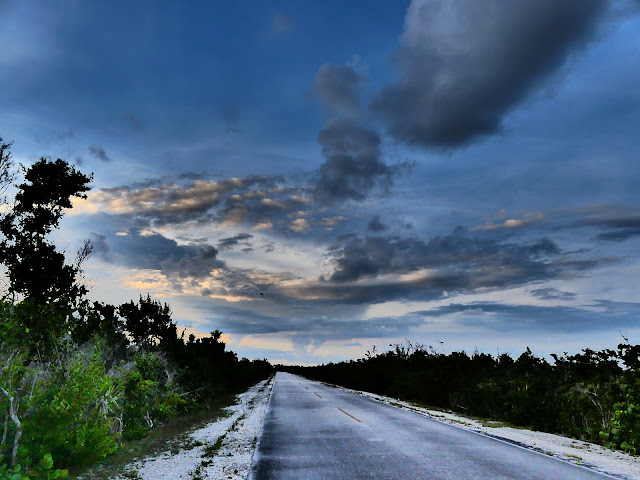 I took Rusty out when the sun was near the horizon and we spent a  happy hour chasing will-o'-the-wisps under thunderheads amid threats of rain. 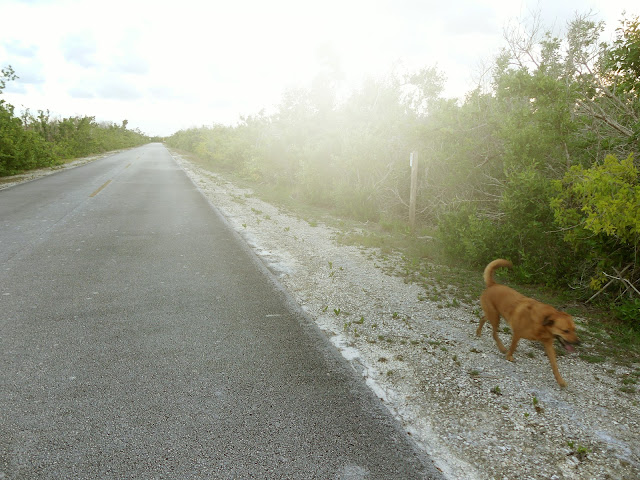 I did my usual of walking and standing and pointing the lense while Rusty trotted back and forth smelling invisible stuff. It was a very pleasant evening far from the crowds. 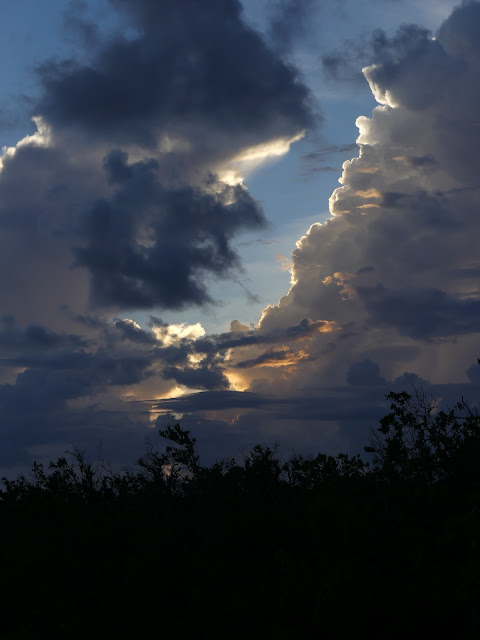 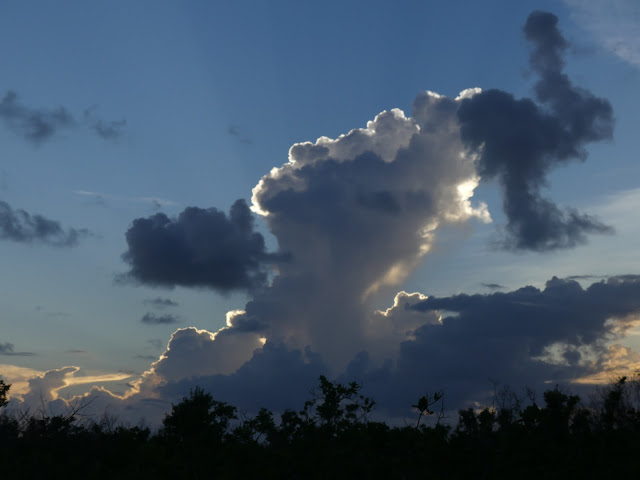 It wasn't a glorious riot of Technicolor in the sky but I enjoyed the shifting angles of light on the clouds. 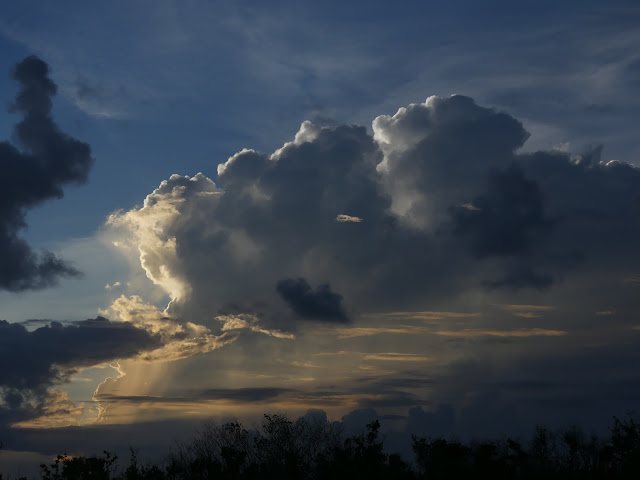 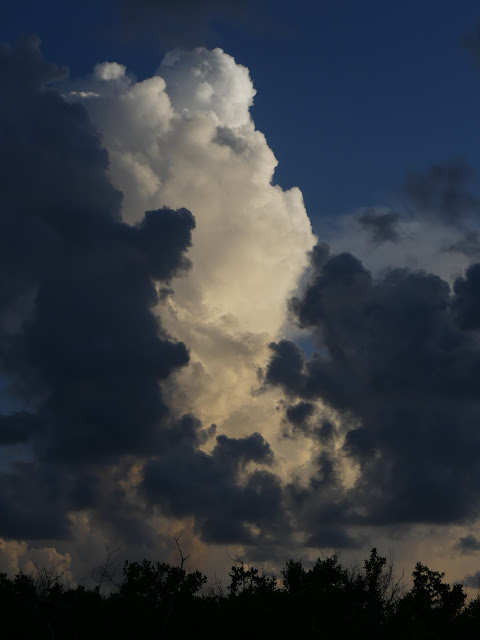 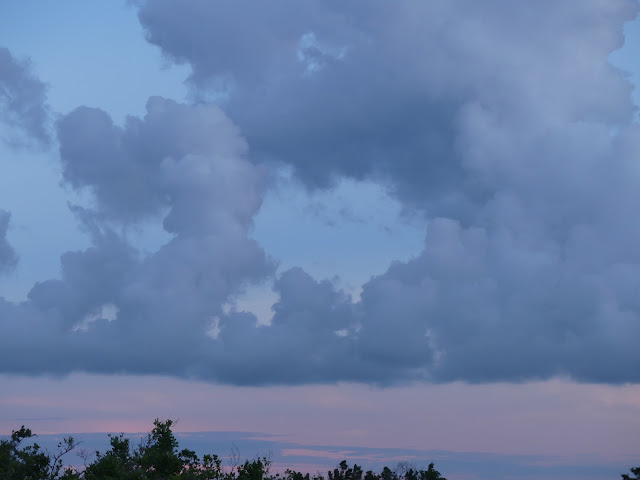 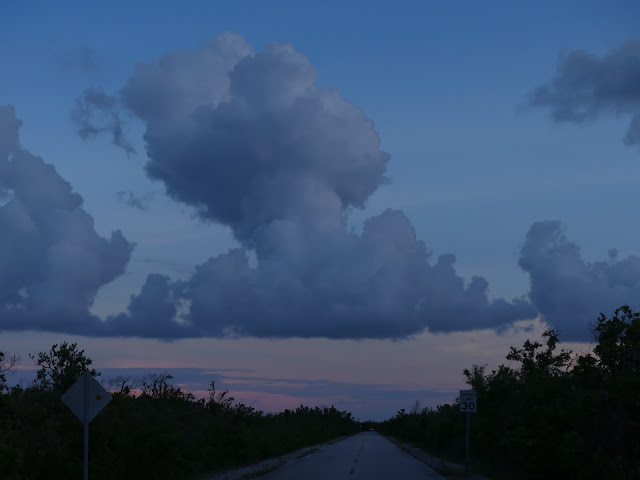 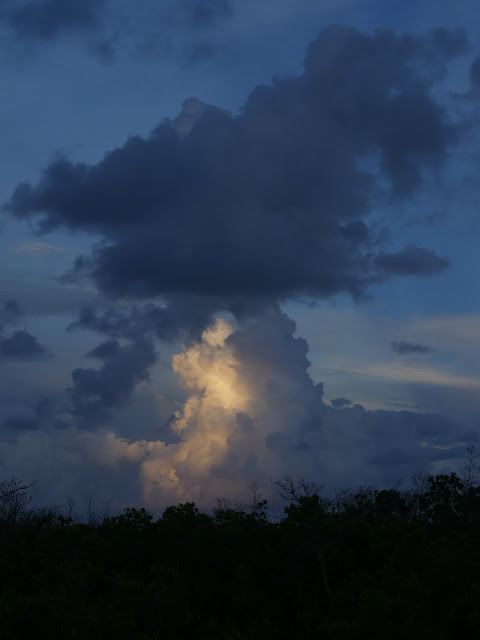 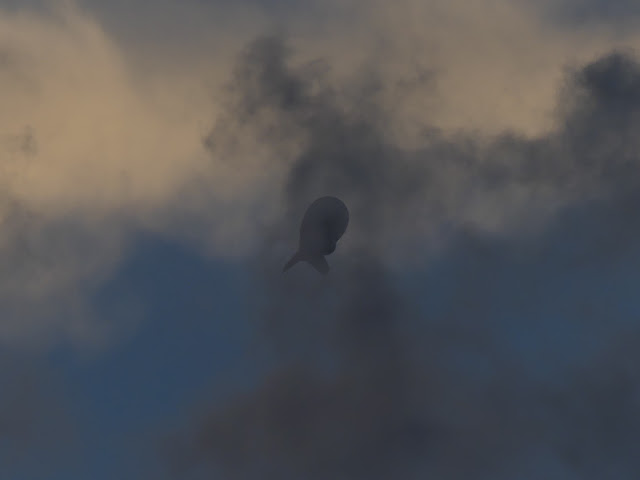 I messed around a little with some filters built into my Lumix FZ300 camera. 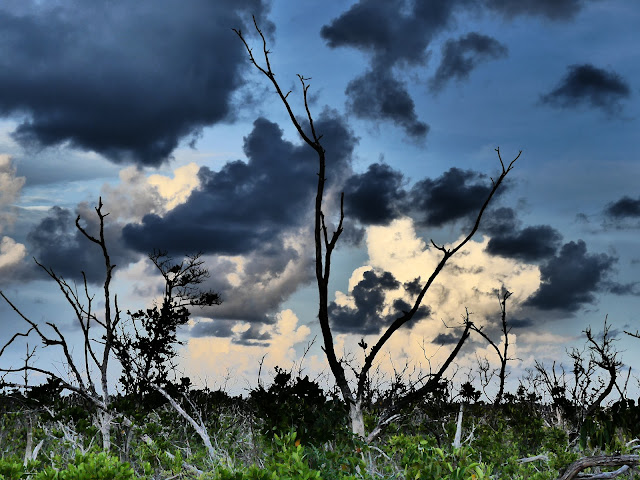 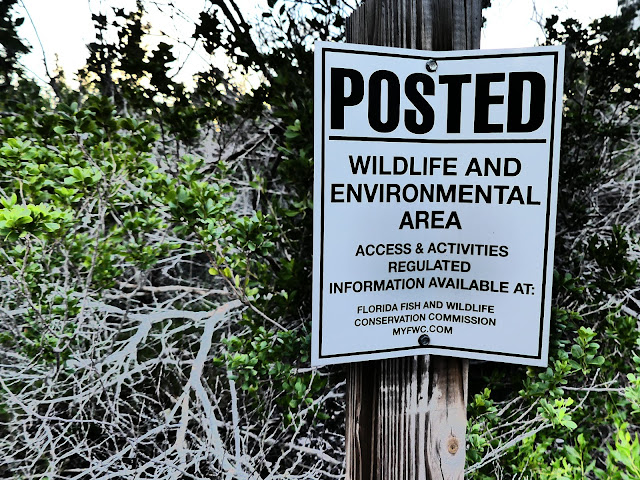 Many years ago I carried a Minolta single lense reflex camera around with lenses filters and adapters in a bag and fiddled with the apparatus for each shot not knowing how the pictures came out. Nowadays with a single camera, a long variable lense and a powerful battery not only can I take decent digital pictures for small reproductions such as I post here, but I can transfer them easily to my phone for editing cropping and posting. And it's all free and in house.  Amazing! 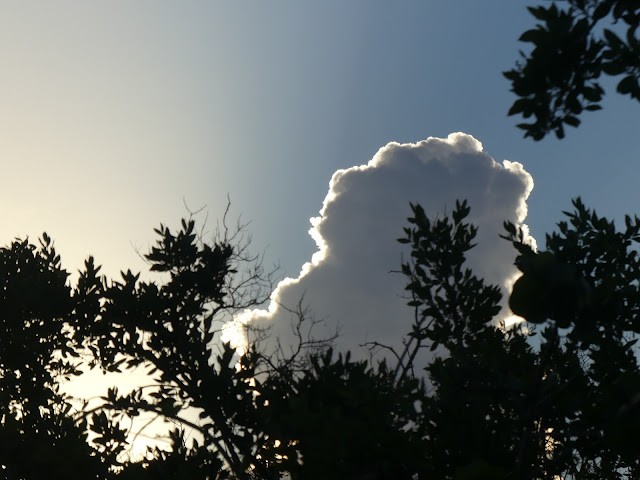 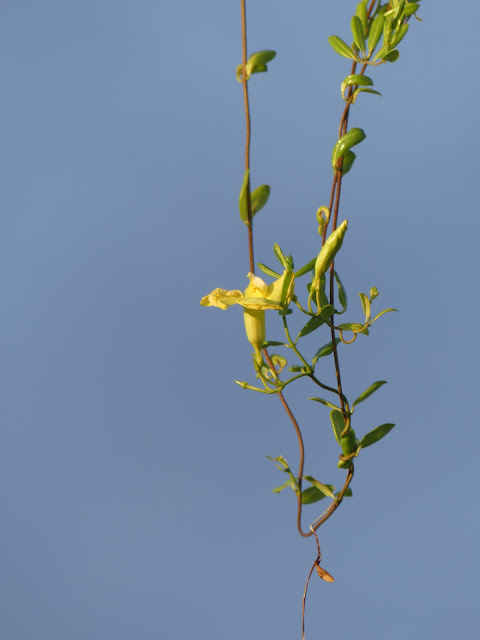 In this picture you can see the limitations of the 600 mm (!) telephoto in the warm evening air. It's evocative if not crisply defined: 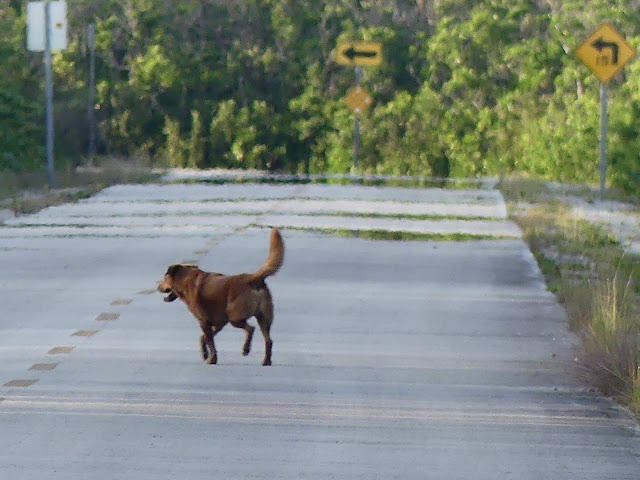 With these so called bridge cameras, a bridge between point and shoot pocket cameras yet not quite all the way sophisticated and crisp like proper single lense reflex cameras of professional quality, it's hard to get depth of field soft focus shots but it gets easier with practice and messing around with all the various settings. 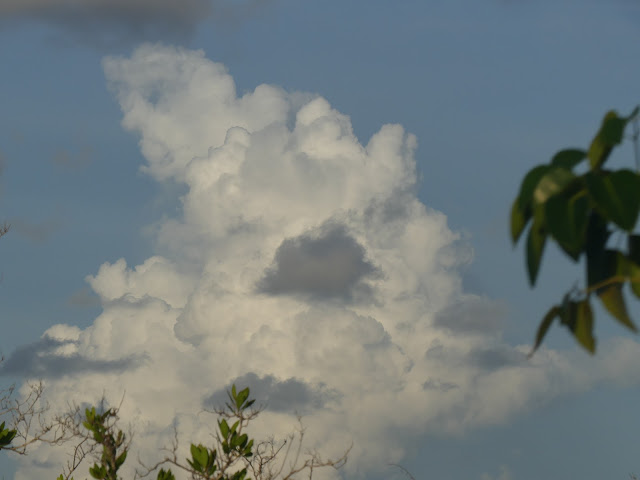 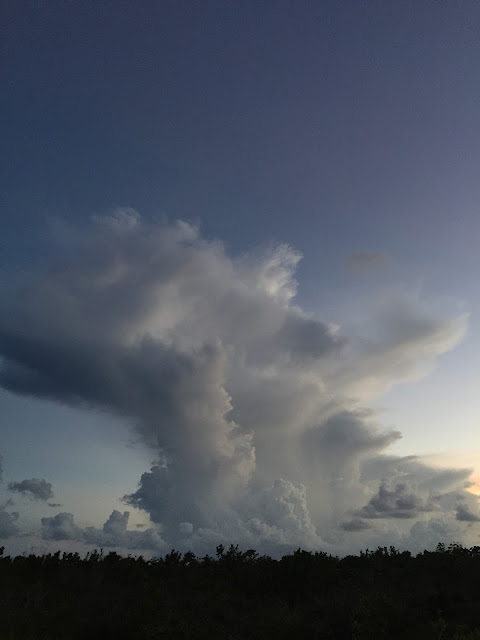 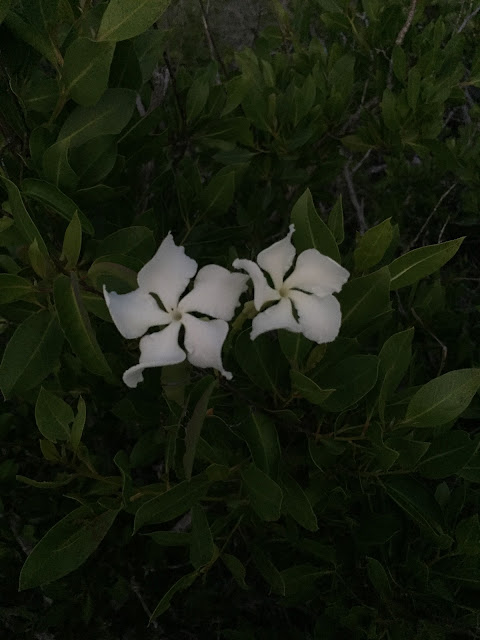 I close these pictures with a final photo, though in point of fact I took it at the beginning of the sequence when the sun was highest: 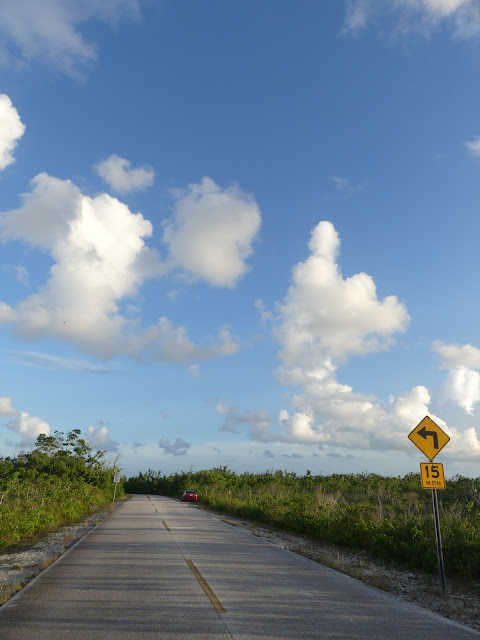 It was a very pleasant time needing no one and nothing else, me my dog and my camera. And the car with which to get home as darkness fell.
Posted by Conchscooter at 3:51 AM 4 comments: