I had planned a ramble through the tiny streets and lanes of early morning Bahama Village in my ongoing effort to defy the appalling sticky heat and push myself to walk Rusty in places not recently visited. With my new to me Lumix Panasonic FZ1000 camera I have found low light photography is more flexible than with the FZ300 which I have safely stored against any possible problem with what is now my main camera. 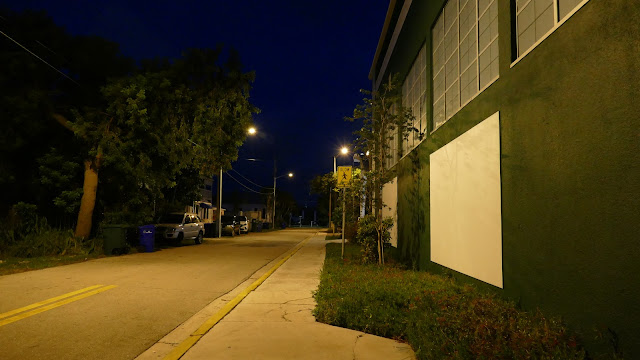 The Douglass Gym above resplendent in green and the old shattered home on Emma Street below never grow stale in my eyes. 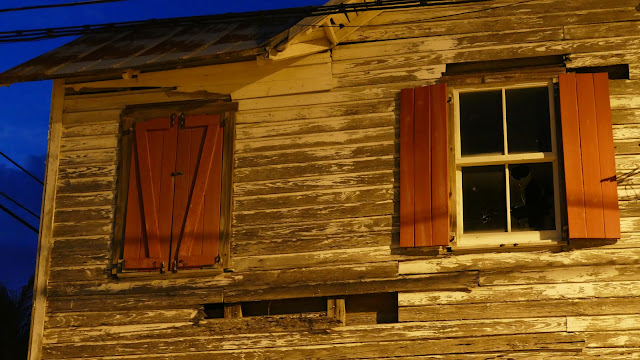 Rusty found a No Trespassing sign irresistible of course and I found the juxtaposition equally inviting. I wonder what he would think if he could read?

Signage is of course abundant and always optimistically threatening at some level: 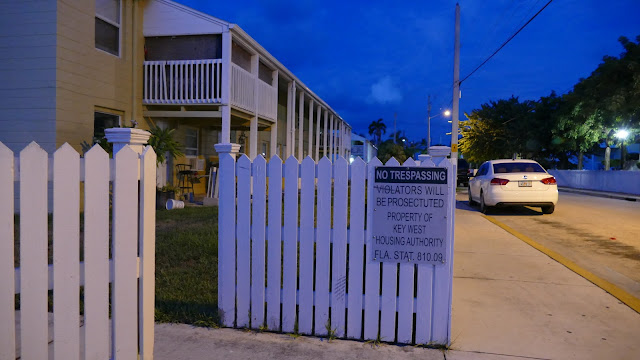 Astonishingly Roosevelt Sands is still alive. Key West has a habit of naming things for living people and no matter how worthy they may be it is a practice that still, after all these years, I find jarring. Roosevelt Sands Junior is the one in the middle in this photograph from the State Library: 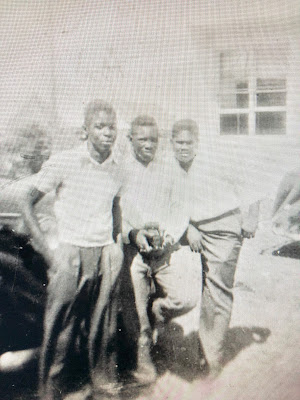 And there it is: 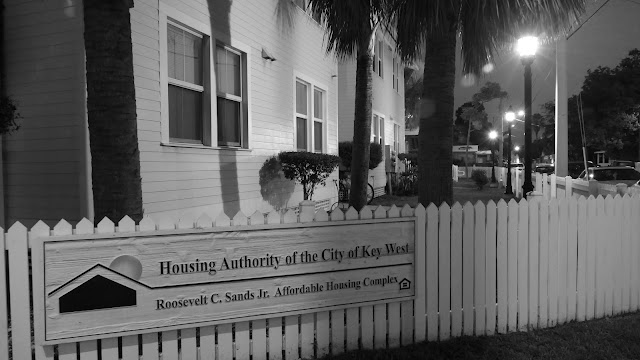 Bahama Village surprises me sometimes with the casual use of land in a town where there never seems to be enough. 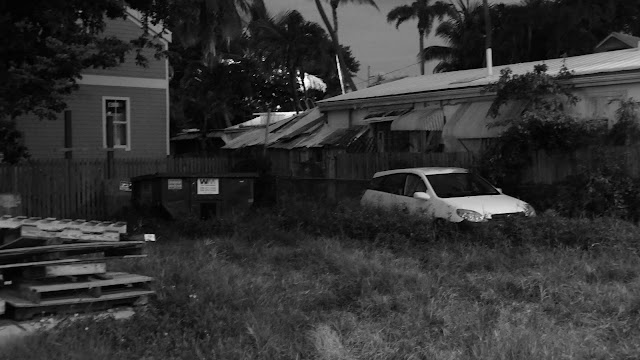 Rusty camouflaged among the graffiti where his head is in the bottom right corner barely discernible: 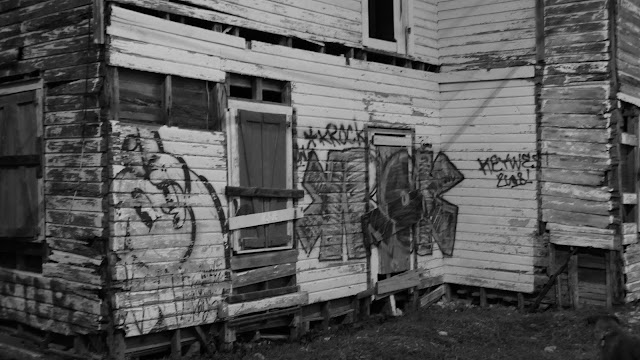 And before the sun came up my dog led me back to my car, ending this portion of the walk and demanding new horizons. Thanks Rusty. 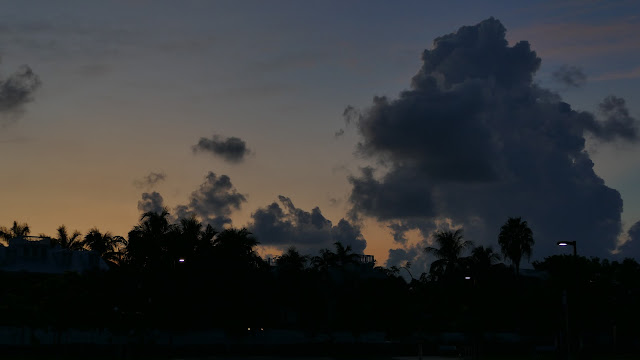