Happy New Year and may we hope for better things to come. Like sun sea and sand, today's theme. 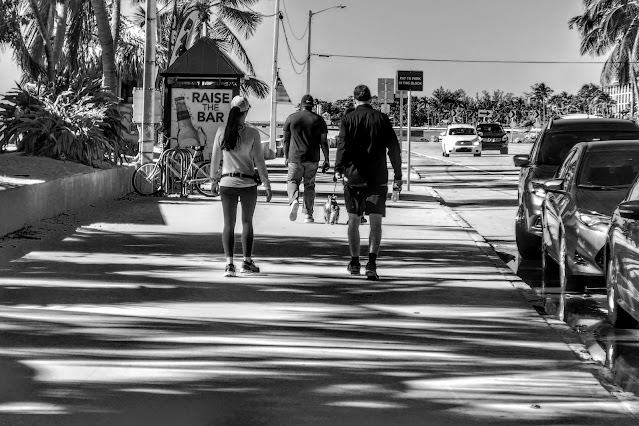 The idea was to use part of a lunch break taking photos at the beach to take advantage of cool temperatures and bright sunlight. I wanted to see what mood I could engender in black and white. Well, that didn't last long. 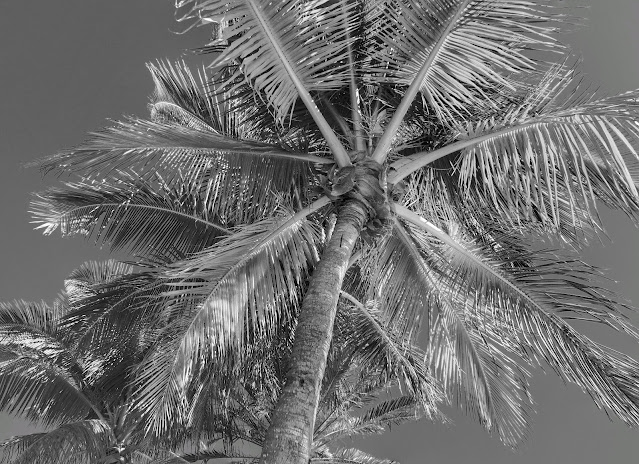 The colors are just too vibrant to be ignored. 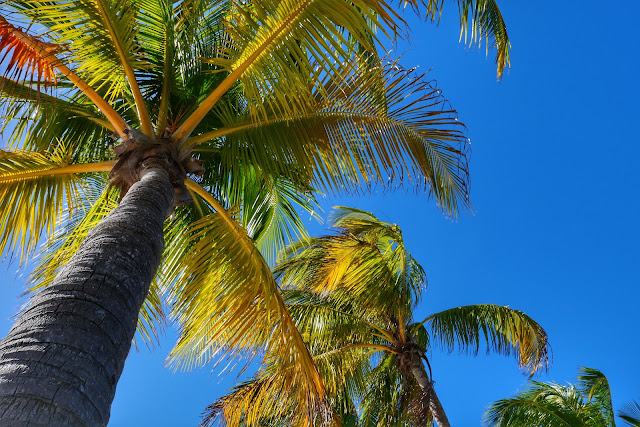 People who live in the Keys tend to forget how these islands are sold to the winter bound masses Up North. The easiest way to sell a frigid commuter kicking a snowdrift on the idea of a Florida vacation is to promise sun sea and sand. Which is what we have here and you can see why some people prefer it to snow drifts. Other people like their water frozen but we can ignore them for now. 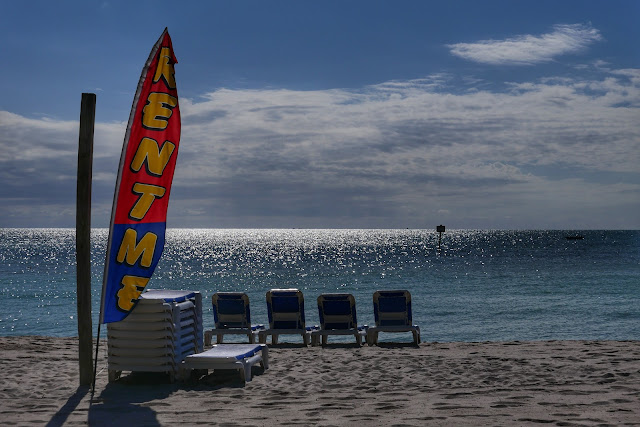 The thing is: this is the single longest stretch of beach in the Lower Keys rivalled by Sombrero Beach, shorter but deeper and better for swimming in Marathon, and the pay to enter beach at Fort Zachary Taylor, actually the best swimming beach in Key West, even if it is in the state park which requires you pay to enter, not a to but enough to keep the bums out which could be a plus. 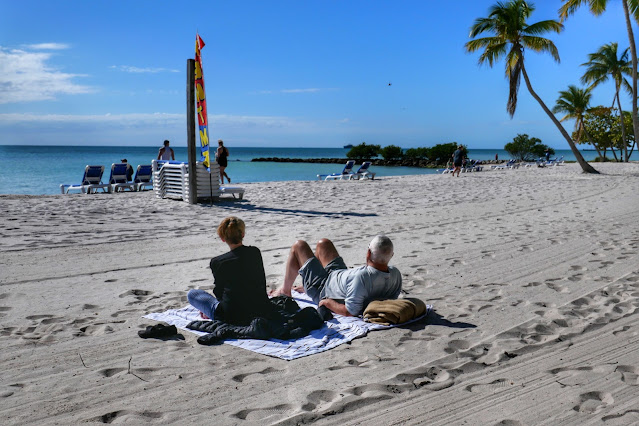 Smathers Beach is built of sand imported from the Bahamas and dumped here to be dribbled away over time by the tides and in bigger gulps by occasional hurricanes. Every morning a tractor pulls a giant rake up and down the beach clearing any possible trash while smoothing out the fine grained sand for the pleasure of those frozen northerners finally enjoying their all too brief vacations in Paradise. 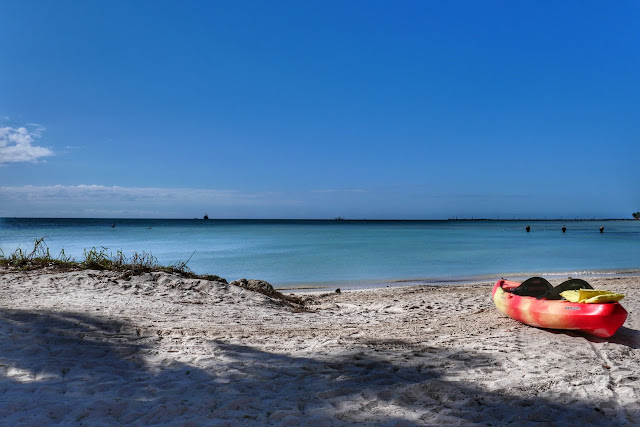 The beach is named for another weird character with only a peripheral connection to Key West. The other odd name involves Mallory Square home of the famous sunset which is named for Stephen Mallory whose greatest claim to fame is as the Confederate secretary of the Navy. The beach is named for US Senator George Smathers (1913-2007) who was a close friend of President Kennedy and had nothing to do with Key West directly. When you read his biography he reminds of the kinds of people who got elected to public office once upon a time, true public servants. He served in the military, rose through the political ranks, retired and then made hefty donations to his home state. He was a popular Florida politician in the old Southern Democrat mode of fond memory, and I suppose that's what got him immortality on this stretch of sand.  Senators didn't cut each others' cross party throats in those happy days. 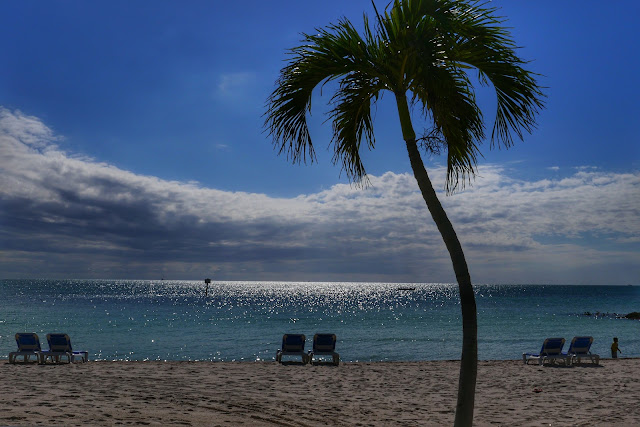 I don't suppose visitors to the beach much care one way or another who it is named for, such is the fleeting nature of fame. I like to think about Kennedy and Smathers getting elected to the Senate together and then and learning the ropes of their political trade together. And rumor has it they shared the more social ropes of their trade as well, two handsome young well connected men. Ahem. 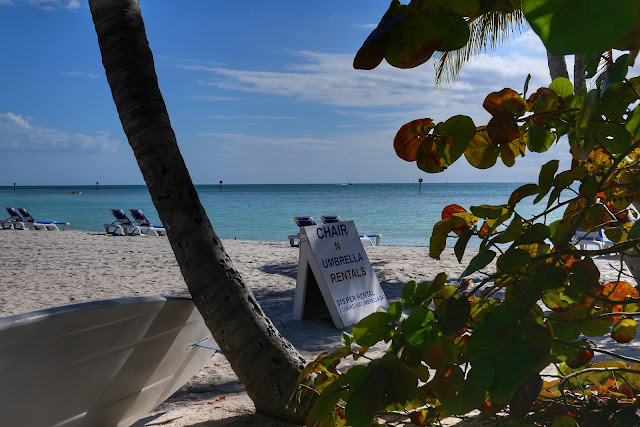 Back to the present: I cannot fathom getting into seawater at this time of year. Seventy five degrees? I think not especially with a cold north wind blowing. On the other hand I'm not here on vacation and summer swimming suits me best. 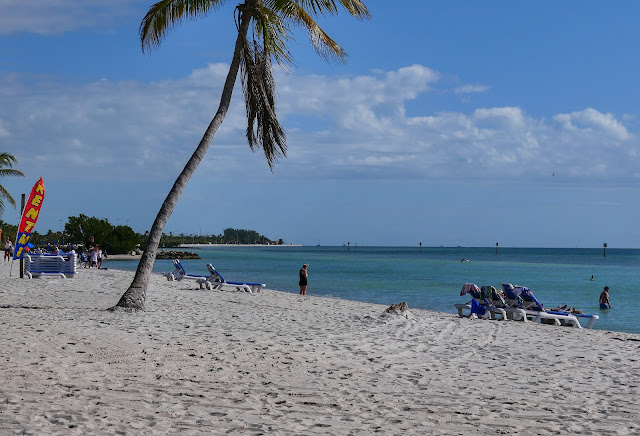 It does make for a pleasant lunch break to come out and sit and stare for a little while, even in long pants and closed toed shoes to watch the light play on the waters, to see boats actually deploying their sails, to feel a frisson of cool air on your cheek. Before you go back to the office. 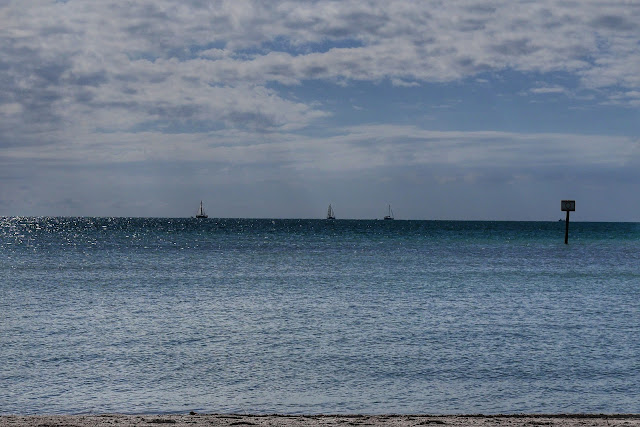 To do nothing in particular except to watch the clouds and the bicycles and the active people being active. To remember Senator George Smathers while at the beach. A pleasant afternoon's distraction. 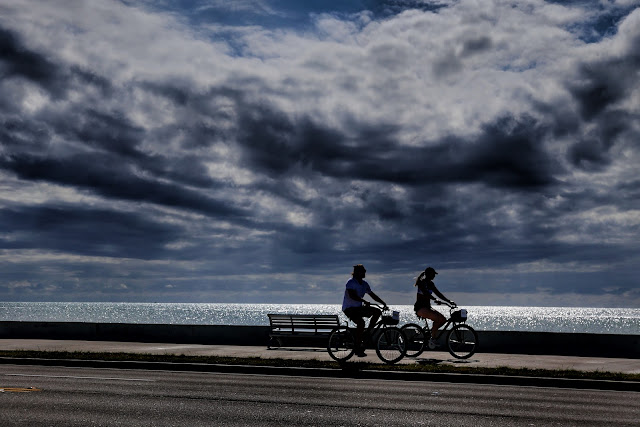