It's been too long but I got downtown for a dog walk and a few other chores. We made the most of a cloudy morning and Cheyenne took full advantage of her reward. She's been patient these past weeks as our routine has been twisted out of recognition. 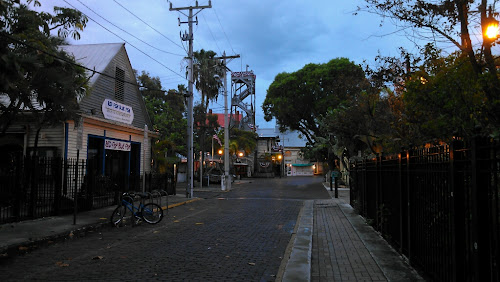 Stay away from the streets and when you come back things are trudging on as always. Your absence does not stop or change the stream of daily activities. I'm not sure if that is disturbing or reassuring. But it's a reminder that the world we see through our eyes, is not the reality of the world seen through other eyes. 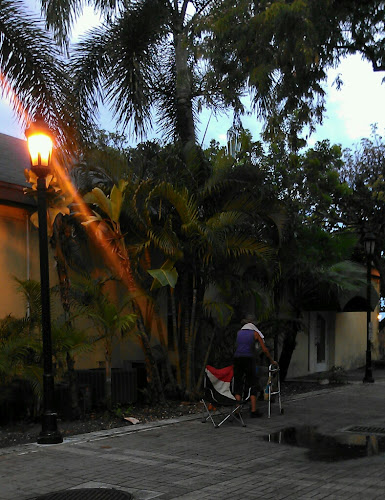 Key West is real enough, but what that reality might be I doubt any one of us can say with any certainty. Or at least we can believe we are certainly right, but this ever so desirable island remains a different reality for every pair of eyes that views it and tries to understand and in the end, judge it. Check out the comment I got from Ralph Alan reproduced below. I think it's one, among several reasons why I keep blogging. Key West inspires a sense of ownership among people. You'll often hear people say they came for a vacation and never left, or came back as soon as they could or have kept Key West in their hearts ever since. Those memories never die. Check it out: 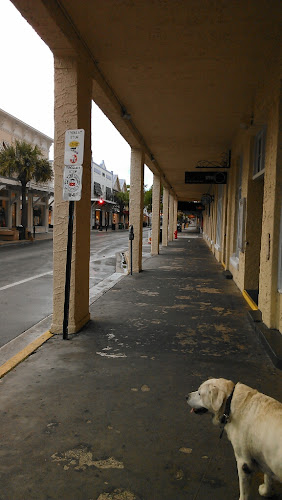 Mike, Boy have you got it all wrong, do you ever talk to any real locals? Even an “old timer” like me who used to live through the full on winter and then through the rest of the year we really enjoyed the good times when we were left alone over the summer. The only people who were not happy were outsiders who were not from here, we enjoyed the peace and quiet times for many, many generations. Long before Bill Conckle and Tony Falcone ever visited the island and rented the empty space in the Kress building, my other half worked at Swift’s, which later was renamed Photosonics after Paul Levy a Jamaican gentleman rented the place from Ed Swift with the help of funding from his brother Desmond Levy. At the time Swift’s was across the street from the LaConcha hotel. A few years later Ed Swift raised the rent and I built out a new store for Paul Levy right next to LaConcha which Paul rented from “Chet” (Len Chetkin) who owned Carpet & Casuals and was the Stepfather, of the Freebarry. 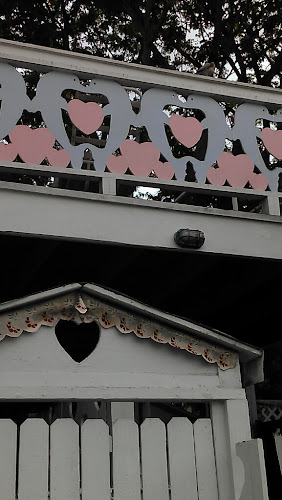 Over the years I have come to understand that I grew up in a place much like Key West, an isolated mountain community where everyone knew everyone and us kids grew up with "nothing to do" and in a state of total physical freedom. So when I came to Key West when I was a young adult I wanted something completely different. I wanted to be at the center of the known universe, so I settled in California surrounded by Art and Culture and political debate, where reality was freshly imagined by strangers every day. I wanted to get lost in a world where no one knew my name and everyone was so busy rearranging their own realities my past mattered not one jot. Californians are navel gazers par excellence and no one ever asked "where are you from?" which is the perennial opener in conversations on bar stools across the Southernmost City. 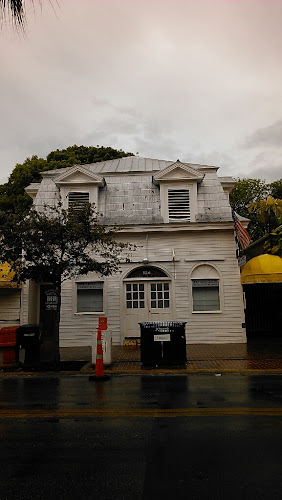 I wish I knew how to be a better blogger for these entrancing islands. They will mold themselves to whatever reality you choose to impose on them for however long you choose to impose on them. They can be a vast open air party zone all alcohol and fancy dress or gatherings of dinner guests, endless fishing, whatever your tropical dream is from wherever you sit and wonder. For my wife the islands have been a reprieve from endless arthritis. For me who hates the cold I freely admit I would not be here were these the Aleutian Islands. But there is more than just the weather to enjoy. 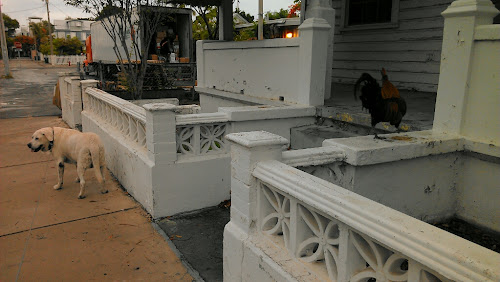 I am no great drinker, I loathe parties and social gatherings among strangers which makes it sound paradoxical that I like to here when you think you know Key West as just a party town. The side of life here that appeals to me is that there are no obligations, such that when I travel among people who feel they owe society a nod of respect, in their dress or maintenance of worldly possessions, I feel out of place. I am not very knowledgeable about fashion but I know when I am out of place among the well dressed. 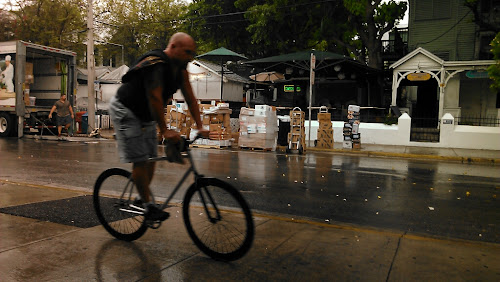 I can sit on the steps of a bar on Duval, out of the rain my back to the shuttered doors, my dog resting at my side and I can watch the world go by for twenty minutes and I too can be a bum for those few minutes. 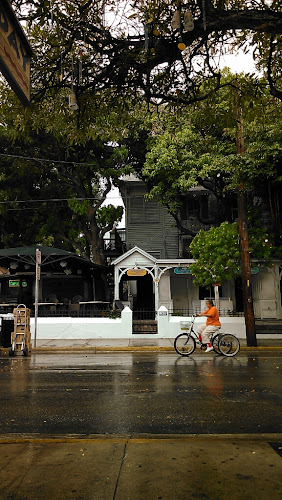 I used to wonder at people who view Key West as one giant drinking hole. Over the years I have come to accept that my reality is a good deal different. I love the history, the combination of small town ease and winter cultural events, the long hot summers in the water contrasted with the road trips in the US and abroad to different worlds. To me it seems like a horrible waste to come to Key West just to sit at a bar and drink. Road trips yes, but I like coming home to the diversity of my small town. 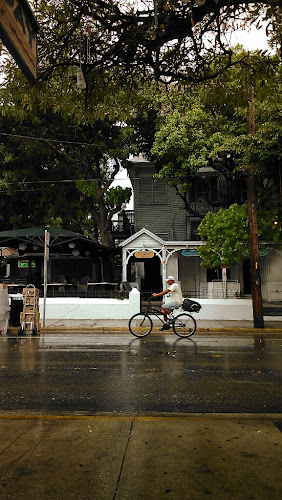 Cheyenne would I am sure rather live further North, but this is her reality too. If it were just a matter of staying warm we could be living on mainland Florida which would probably work better for a furry Labrador, but it's the way of life, as expensive as it is, that keeps us here. No malls, no freeways, and despite the encroaching chain stores, there is still a sense of place. It is eroding, no doubt, but erosion over time is universal. People who say Key West was different, better, thirty years ago could say the same about anyplace USA. 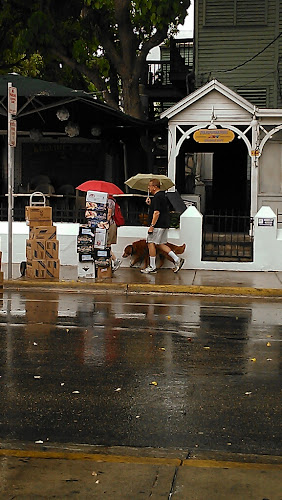 My reality is always going to be wrong, simply because it is my reality. But The Keys can still be a blank slate for those determined to make their own mark on it.

Posted with Blogsy
Posted by Conchscooter at 11:04 AM 8 comments: