The Columbia Restaurant in Ybor City since 1905 is an institution and for that reason I didn't expect much. I was surprised: service was good, by people dressed in formal black (see below!) offering food that was cooked properly and well presented in baroque surroundings. Go if you ever get the chance. 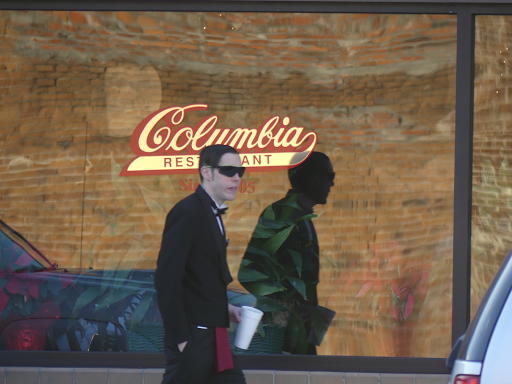 The food is a mixture of Cuban and Spanish,  and they claim title to the original Cuban sandwich.  I loved their multi cultural explanation of the various ingredients, Spanish Cuban Jewish   and German all assembled in a loaf of bread. 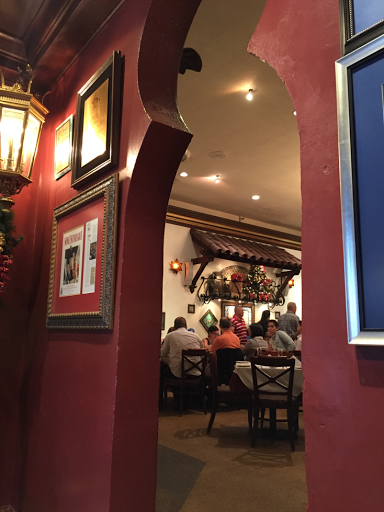 We had croquetas and empanadas and gazpacho and a stew of baked crab lobster and artichoke. We each got a half loaf of crusty bread and shared a huge plate of chopped vegetable garnishes. It was lavish and lovely. 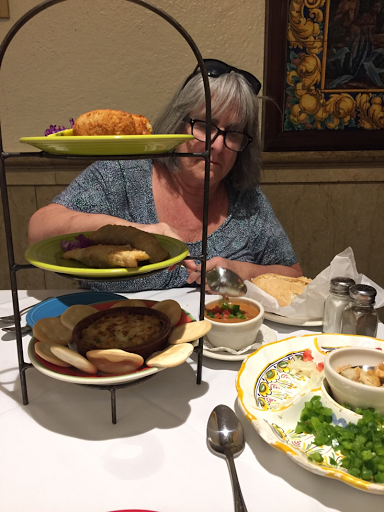 Then I took Rusty for a walk in the afternoon sun. East of Seventh Avenue Ybor City is a place filled with promise, gentrification yet to come among a bunch of homes loosely connected by empty lots and wide streets. Were I young and looking for a home I'd look here if I had a budding career in Tampa. The peculiarly dressed waiters are everywhere on break. The Columbia is an isolated phenomenon on the edge of town it feels like as you find staff testing and spacing out in privacy on the street. 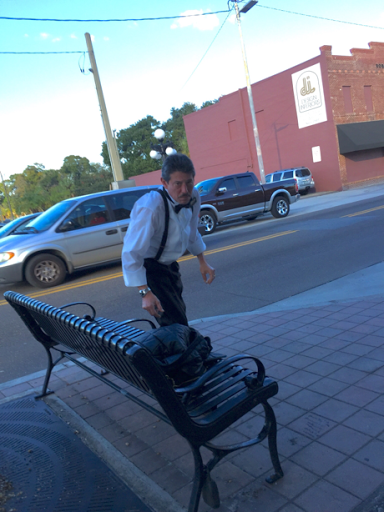 We crossed the railroad tracks and there was so little traffic in vehicles or humans I just let Rusty trpt ahead off the leash. All his years on the streets of Homestead seem to have equipped him to cope with traffic quite well. 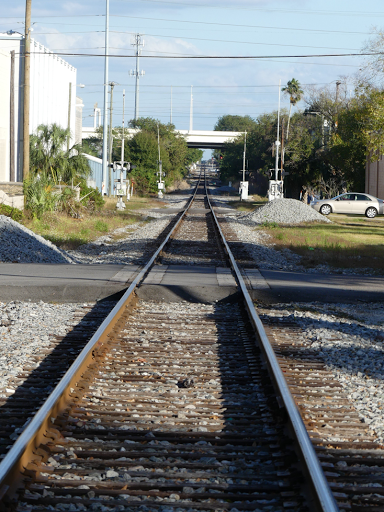 He went off exploring the grassy empty lots while I admired the Old Florida architecture. 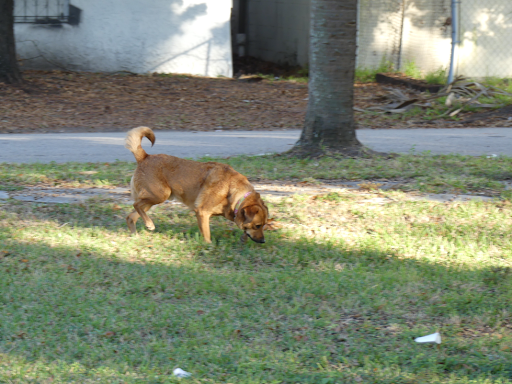 There is a lot about this corner of Tampa that is appealing at first glance. I lived in Tampa in the early 1990s and I have to say there wasn't much that I liked about it. The city was a rather grimy urban sprawl of wife boulevards and ex-industrial zones of dark brick surrounding a downtown of skyscrapers and streets that were void of people on the weekends. 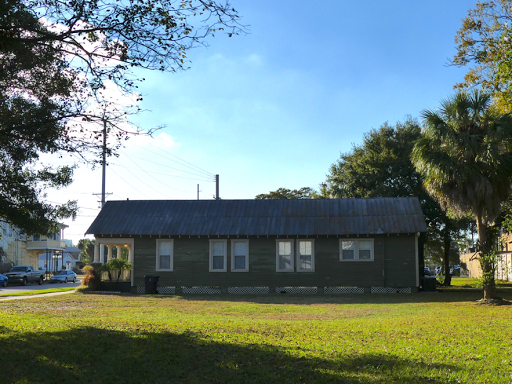 I think the city has been working to change over the past couple of decades which included the golden years of money and innovation at the end of the 20th century. I saw signs of renewal in this area but this was clearly not a part of the city that benefited much from the urban renewal efforts of the boom years. 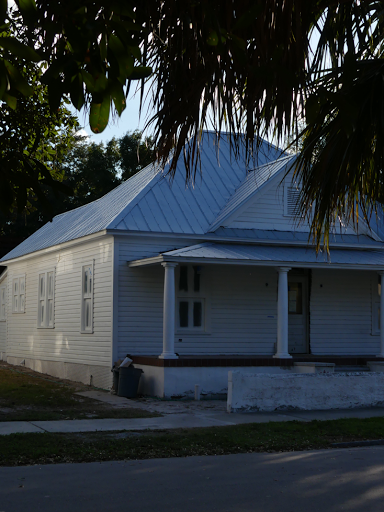 And therein lies its charm. Made better yet by a glistening purring R100RS by BMW, a motorcycle much admired in my youth, and still looking good out for a sunny weekend ride. 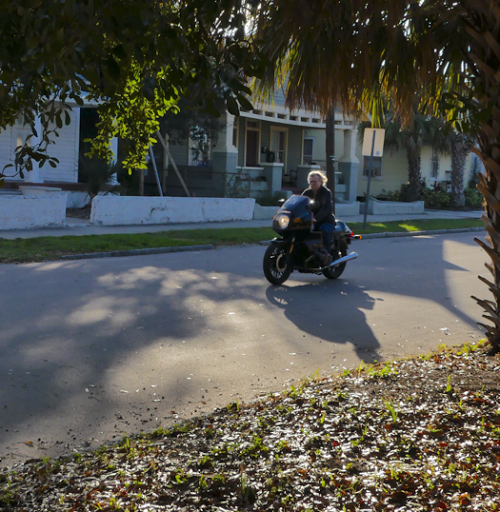 Let me be clear: I am no architect nor am I a devoted do-it-yourselfer. Were I looking for a house I'd rather have the one in move-in condition rather than the deal ready to be fixed up. However een a philistine like myself can see the extraordinary charm of these tumbling old structures: 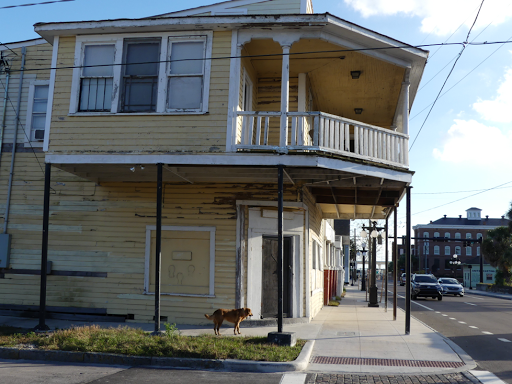 Rusty had a good time poking around. I was astonished by the lack of visible life. I did pass two black men talking but they gave me the stink eye and went indoors before I could say good afternoon. 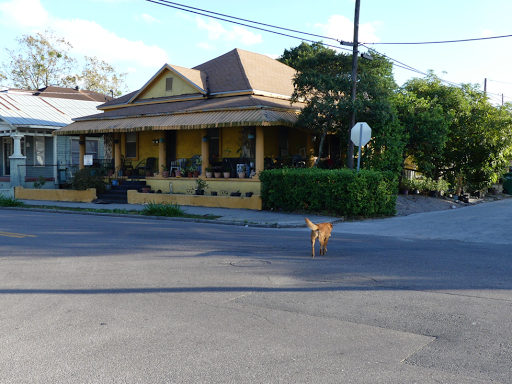 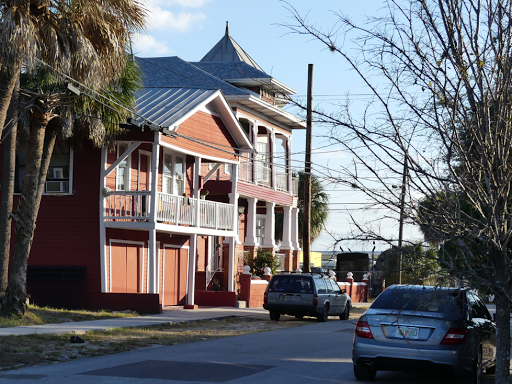 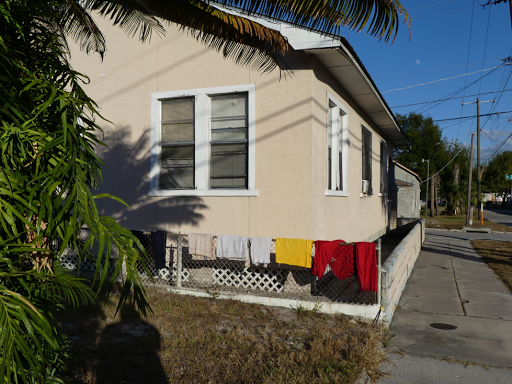 Then I passed another African American collecting his mail and I made momentary small talk which ended with him not enjoying his weekend with his feet up but preparing instead for his second job. Which gives you some idea of the hard work that goes into surviving around here. 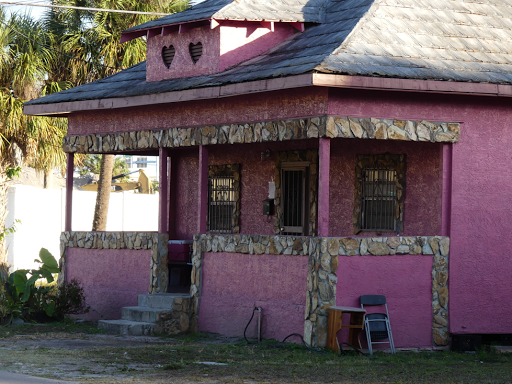 Rusty has a lively curiosity that I try to foster, keeping him alert and involved: 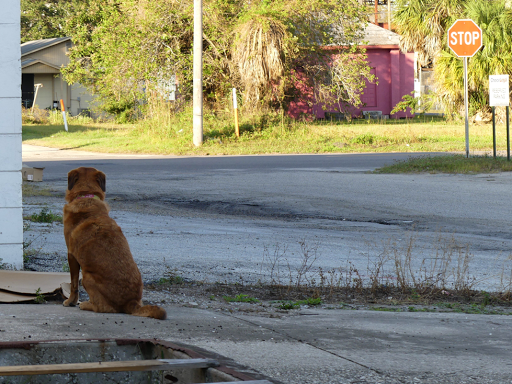 There is an undeniable resemblance to some of Key West's 19th century architectural styles: 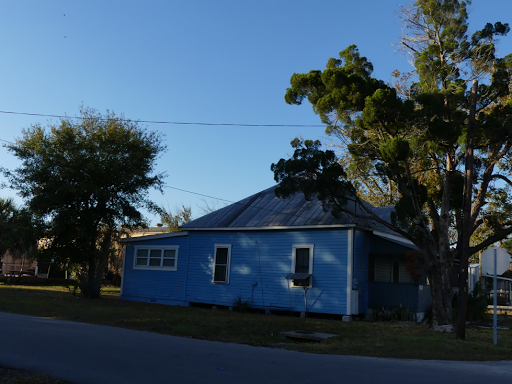 Though clearly the modern era is everywhere evident. A motorcycle here... 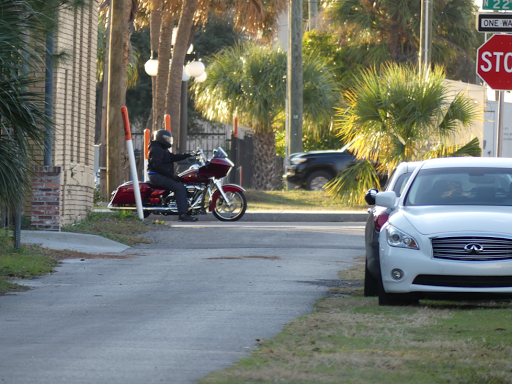 ...a dive bar there. Or neighbor hood joint I suppose: 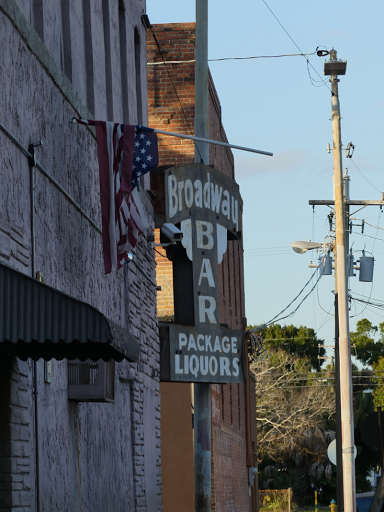 And the old brick roadways outlined by the rapidly setting sun: 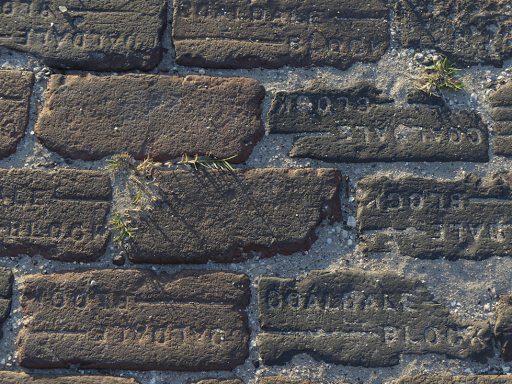 Thus back in a wide circle to the Columbia Restaurant an hour later and there is still a line to get in: 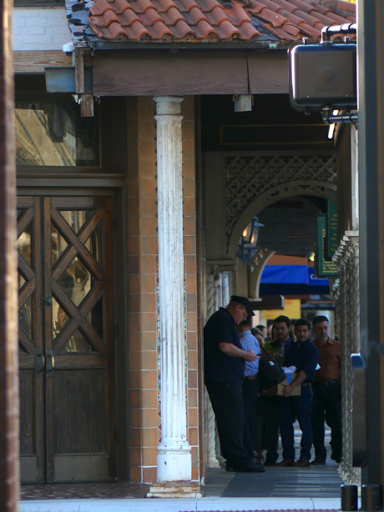 And just for fun I snapped a picture inside the restaurant of Columbus landing on San Salvador in the Bahamas in a picture suggestive of some painter's fantasy and nothing like reality: 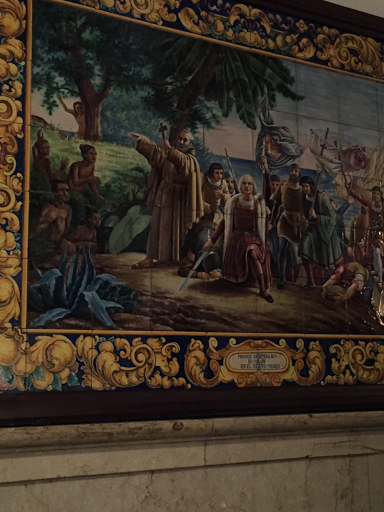 Yes, the Colombia Restaurant really is that ornate. As is the neighbor hood outside in its own way.
Posted by Conchscooter at 12:00 AM No comments: