It does not seem so long ago that Starbucks was an out-of-town delight you had to aspire to and plan if you were going to shop on the mainland. Now there are so many Starbucks in Key West I've lost count. Two on Duval, a drive through on the Boulevard and two in hotels I think. Al that in a town four miles long and two miles wide with 23,000 residents (and millions of visitors). This one doesn't even have any seating which make sit no good for people watching sat the intersection of Front Street. 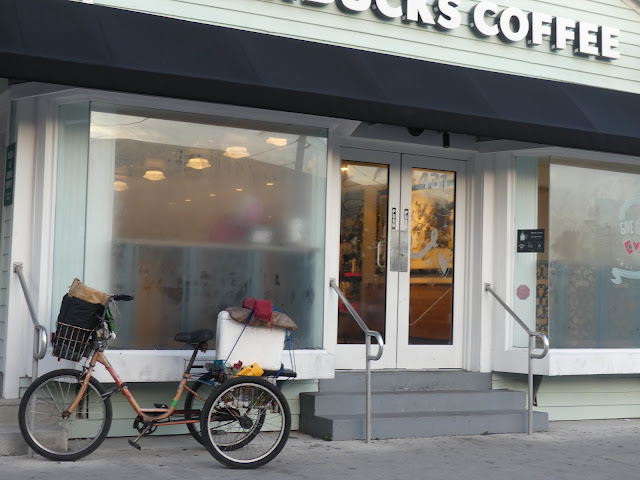 Mind you Ana's, a staple of the tourist trade at the other end of town on South Street perhaps 13 blocks away now has another outlet on Green Street to cover both ends of the city: 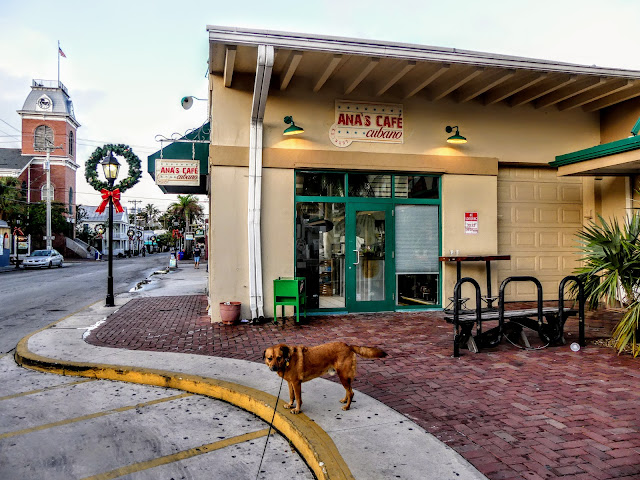 Sandy's Cafe on White Street is under new management and I've seen a food truck in their livery parked near the police station. Now this, close by Fausto's on Fleming Street. And incidentally of course Fausto's Food Palace has it's second outlet also on White Street in case it's too far to travel. 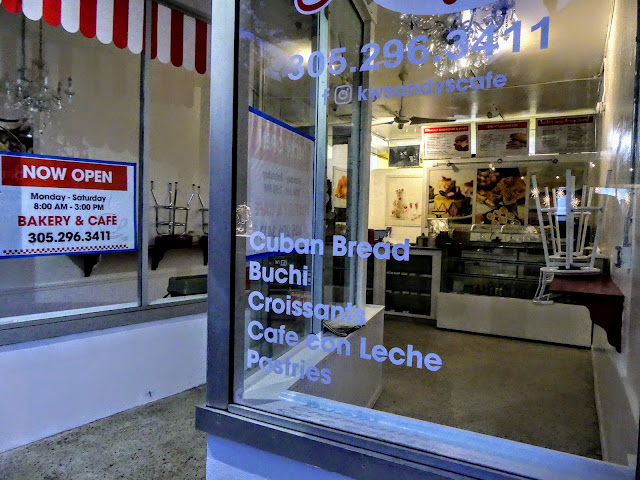 It is a weird Key West phenomenon, this fear of travel. My wife once hired a classroom assistant for her class on Stock Island. Her first hire quit after a few weeks as she found it too arduous to travel the four miles from her family's downtown to the job. My fitness trainer prides himself on never leaving his one square mile neighborhood from Truman to Higgs Beach. A trip to Caroline Street is an adventure for him. His partner shops at Publix at Mile Marker Three on the Boulevard. 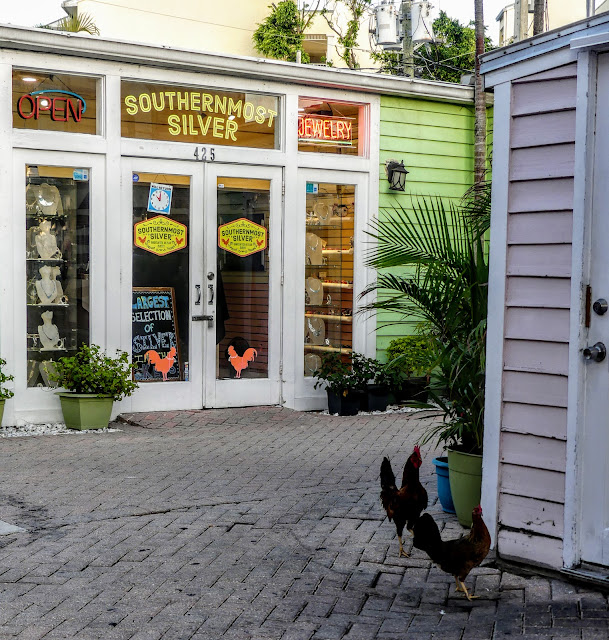 I find it doubly hard to handle considering how little useful stuff is sold on Duval These days between the upscale galleries and frou-frou furniture stores and ghastly tourist t-shirt and bong shops as well as endless rows of candy stores and cookie outlets...how can you not want to breathe free in the outer darkness of the Lower Keys from time to time? But I'm a terrible shopper and I am an inveterate explorer even of my own back yard. 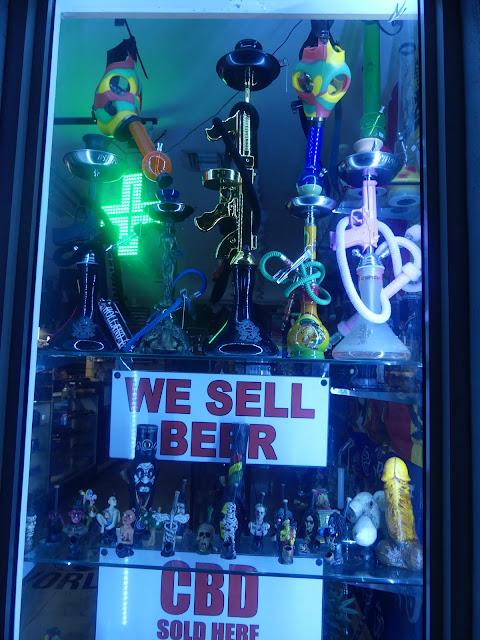 There are some tasteful and good looking places that I enjoy frequenting occasionally when overtime permits. Very gracious of me, I'm sure... 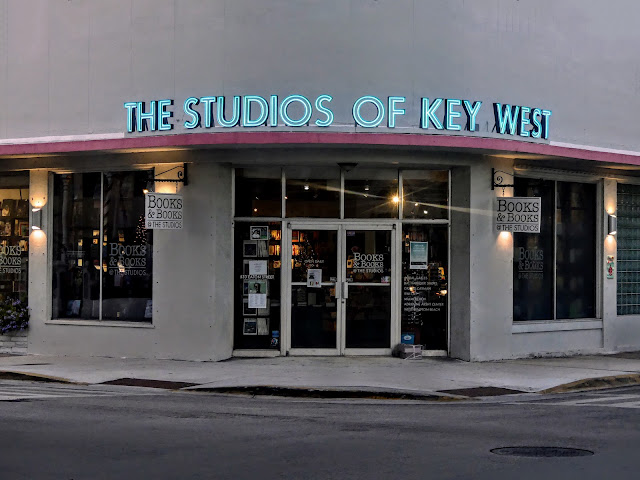 But I leave the irony to express itself: 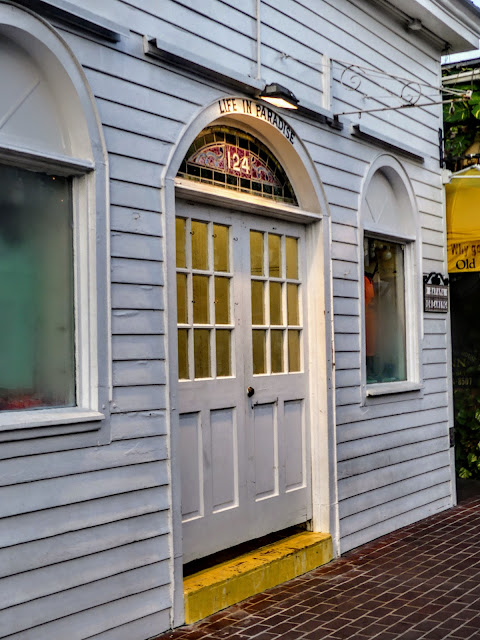 Oh and sometimes you just have to look around and wonder. This couple turned Olivia Street into a temporary funeral cortege as we ambled along behind them at their stupefied stumbling walking pace. 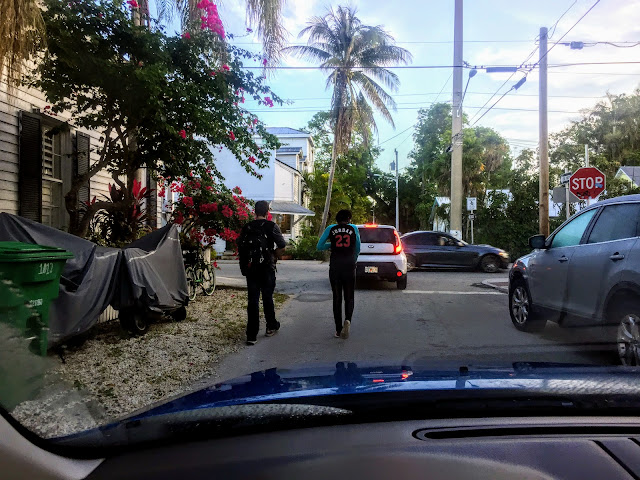 And then I wonder what the hell some people are thinking. My blue car was an island when I left it 90 minutes earlier walking Rusty. Upon our return we were hemmed in, in an empty parking lot mind, by a lumpen Jeep.  It wasn't a big deal but still watering Rusty and inserting him into the car suddenly became a choreographed ballet at which I'm not very good. Choreography I mean.. 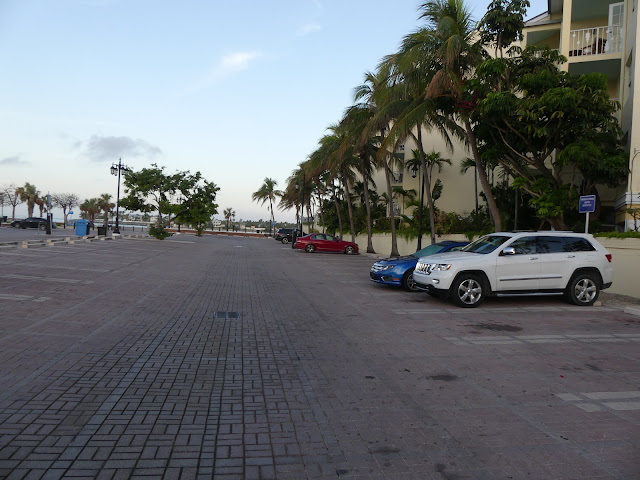 I suppose at some level I just like offsets and space and not having gruesome people surrounding me. I really am in the wrong place for such aspirations.
Posted by Conchscooter at 12:00 AM No comments:

“The gladdest moment in human life, methinks, is a departure into unknown lands.” – Sir Richard Burton