This essay is the second in a series I plan to write about authors' homes in Key West. What got me thinking about this was the reverence I saw at Rowan Oak in Oxford Mississippi for the former resident William Faulkner. In Key West it seems as though outside the Hemingway House, which is in itself a bit of a three ring circus in search of income, the homes of authors are at best known about and mostly just ignored. A case in point: 1116 Stump Lane. 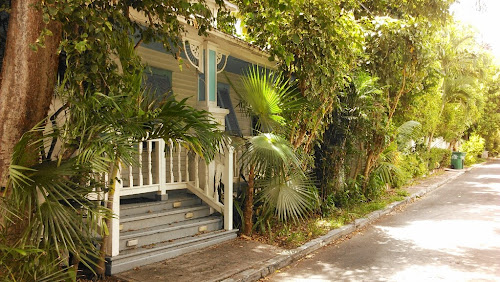 Let it also be noted that until an anonymous reader brought this address up it wasn't on my list of notable homes in Key West, so thank you for that. Who was Alison Lurie, who used to reside there? It turns out she is alive and well, born in Chicago in 1926 on this date and was raised in New York State. This picture from the Internet: 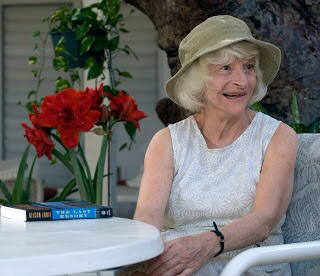 Lurie won the Pulitzer Prize in 1984 and has a string of novels to her name apparently, as well as non fiction works and also has published on the semiotics of dress, so Thank God for Wikipedia which describes it thus: "The semiotics of dress is a term used to refer to the design and customs associated with dress (clothing), as patterned to a kind ofsymbolism that has rules and norms (cf. semiotics)." So it turns out I know absolutely nothing about botany and foliage and I can add semiotics, of clothing in particular, to the list of things of which I know nothing. And Alison Lurie as well, but I intend to change that, for she sounds quite intriguing. 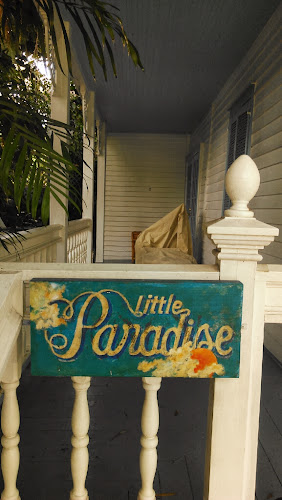 Her former home is listed as a rather unique bird in Key West in that the current owners claim they have a transient rental license, much sought after in these well regulated times. The transient license allows the owners to rent their homes in the city for less than 28 days which is the length of the shortest month of the year. If you don't have a transient license you can only rent by the month. Outside Key West, Monroe County allows no short term rentals at all and so far proposals to permit them have been shot down by residents. Which is not to say my neighbors in these straitened times don't do it illegally.... 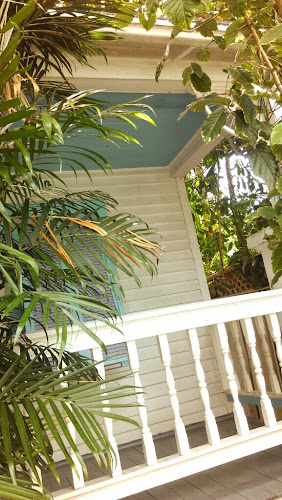 Again according to Wikipedia Lurie still visits Key West which has been part of her life and both her marriages apparently. Frankly, winning the Pulitzer Prize seems to be rather small reward for having your life splattered over the Internet where anonymous gets to critique your work too. Handy for me as I am learning about this writer but you can take what is said with all the salt you think it deserves. This on her first novel: 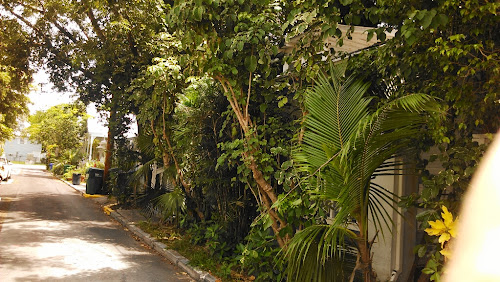 "Lurie’s novels, with their light touch and focus on portraying the emotions of well-educated adulterers, bear more resemblance to some 20th-century British authors, (e.g. Kingsley Amis, David Lodge) than to the big American authors of her generation. Her titles and the saga-like intertwining of her characters suggest high ambitions. Love and Friendship, the title of her first published novel, is shared with an early novel by Jane Austen; it takes on the problem of the American college as initiation rite into manhood, and the awkwardness of the role therein assigned to women. The next title, The Nowhere City, evokes both Thomas More’s Utopia (Greek for “nowhere”) and Gertrude Stein’s comment about Oakland, California, “There is no there there.” Utopias are the subject of Imaginary Friends and Real People: the small group of spiritualists examined by a sociologist and the small group of artists examined by a writer. The War between the Tates and Foreign Affairs imply by their titles parallels between academic adulteries and political upheavals. The Truth about Lorin Jones and Truth and Consequences take us back to the problem of truth-telling, both in life and in art.

A number of Lurie's characters are, like her, born in 1926, give or take a few years: Lorin Jones and Mary Ann/Miranda Fenn,Janet Belle Smith (42 in Real People, 1969), Erica Tate (40 in 1969 and like Lurie a Radcliffe B.A.), Vinnie Miner (54 in Foreign Affairs, 1978, and like Lurie a professor of children’s literature), and Wilkie Walker (70 in Last Resort, 1998). Since these characters have also followed Lurie from Amherst/Convers to Los Angeles to Cornell/Corinth and to London and Key West, inevitably one considers the possibility that some at least of these characters represent the author herself. Janet Belle Smith (Real People) and Delia Delaney (Truth and Consequences) are rather pretentious writers of whom Lurie makes fun some of the time, but they also reflect aspects of her experience as a writer." 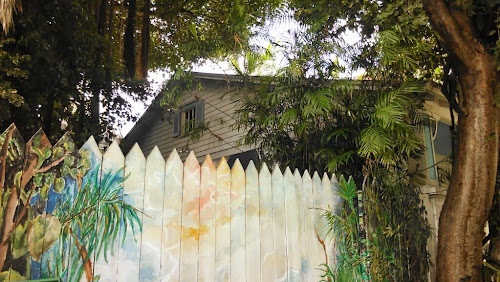 Of course her former home is as anonymous as any of the writers' homes in Key West. I'm not sure why but outside this island great stock is placed by most communities on figures in the Arts who have resided within them. Key West apparently cares not one jot, so perhaps that is part of the devil-may-care self image perpetuated by the bars and trinket shops or perhaps the transient population doesn't know about the history of literature here, and the resident population only notices best sellers in the world of writing. I don't think the Chamber of Commerce can see past the illusions and stereotypes of "tropical vacation wonderland." 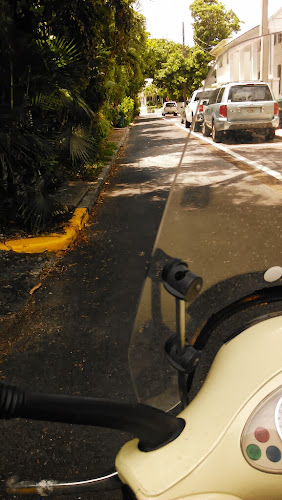 I am not sure how to wish happy birthday to a stranger but I am very grateful to anonymous for giving me the chance to discover a new author. Happy reading everybody.