Aedes Aegypti In The Keys

Just another great day starting out in the Keys looking out from Boca Chica Beach. 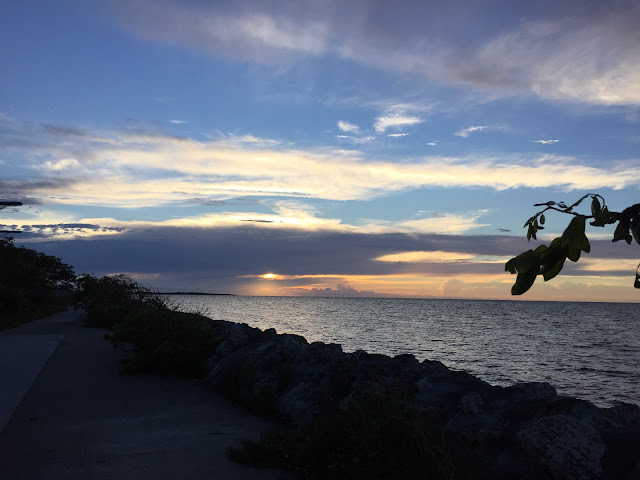 I get assaulted by mosquitoes here and  there are more of them per cubic inch than anywhere else. I like this beach but without repellent it's hopeless. I've even come out here in the middle of the night and been swarmed like it was a horror movie. This is a panorama of the beach:

The Zika mosquito has been in the news around the state, after symptoms appeared in Miami. I had long since wondered what effect this panic inducing mosquito might have on the vast majority of the population that is not getting pregnant. Microcephaly in infants seems bad enough but I wondered why I should be worried about the little black and white mosquitoes I see everywhere every day. 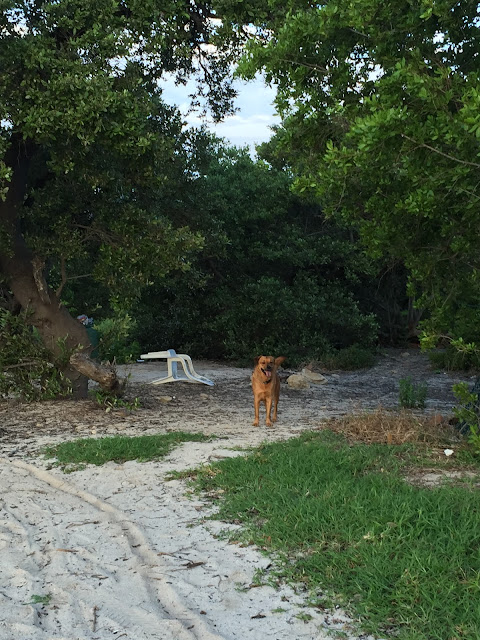 It turns out the estimable Tampa Bay Times (formerly known as the St Petersburg Times) has been looking into the mosquito population and the Zika virus and it turns out that adults can get a nasty wasting disease called Guillain-Barre syndrome:

Guillain-Barre (gee-YAH-buh-RAY) syndrome is a rare disorder in which your body's immune system attacks your nerves. Weakness and tingling in your extremities are usually the first symptoms.
These sensations can quickly spread, eventually paralyzing your whole body. In its most severe form Guillain-Barre syndrome is a medical emergency. Most people with the condition must be hospitalized to receive treatment.

From the Mayo Clinic which august source of information goes on to point out there is no cure but hospitalization can be palliative and usually symptoms clear up by themselves. Unless in rare cases where it seems paralysis and death are the outcome. Very very rare they say. Nevertheless getting a prolonged agonizing flu-like illness sounds no fun at all, especially with tingling, nerve damage, paralysis and death also on the cards. And the disease can be spread through bodily fluids by asymptomatic carriers who may not know they have the virus. Great stuff isn't it?
His and mine footprints. 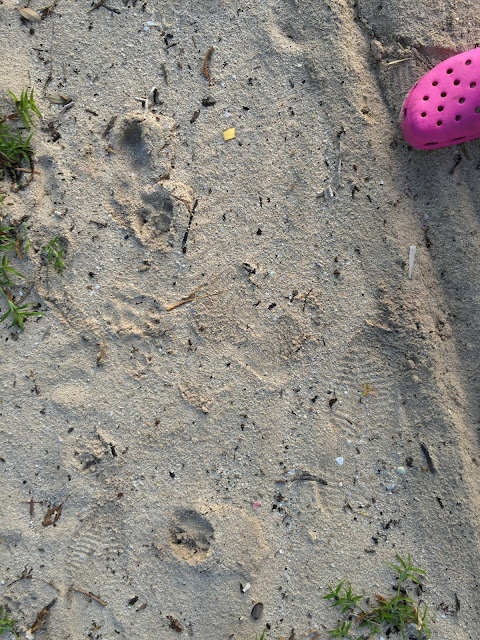 The Tampa Bay Times magazine, Floridian has an excellent article including a  few actual facts about Zika, mosquitoes, DNA and the inability of people to think critically: LINK HERE. It's pretty merciless when it comes to ravaging opponents of Oxitec and its plan to introduce  modified mosquitoes onto Key Haven. the wealthy isolated suburban island that wants to have nothing to do with the plan. 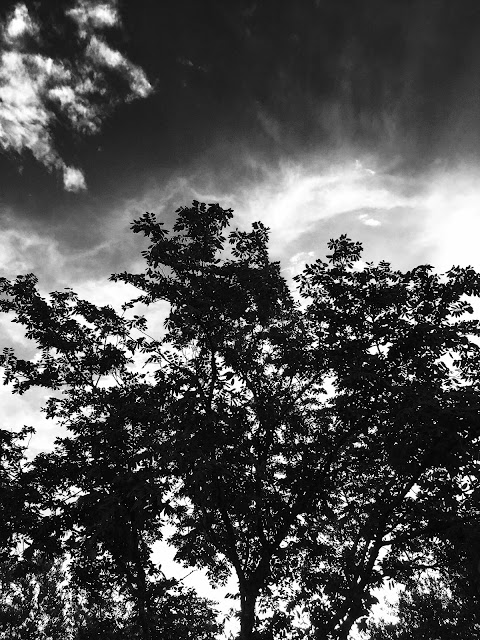 The more I read and the more I ponder this Zika business, which incidentally was discovered in the 1940s, the more it seems silly to me to not attempt to eradicate the mosquito pest. A 99 percent success rate in an insect as prolific as the aedes aegypti probably means the buggers will come back but no one else has anything approaching a solution to this problem. 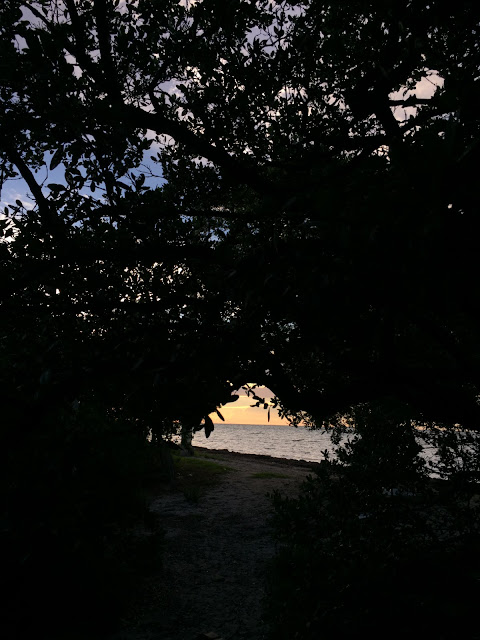 The other thing that disturbs me, apart from Zika and its symptoms, is the growing awareness that there are changes in climate, severe weather in line with climate change predictions and still half the population of the US isn't paying attention. The half of us that is can't do much and so we watch people in Louisiana drown and California burn up and Zika travel around the world and it's business as usual, science be damned.  It is cold consolation that I have no children. 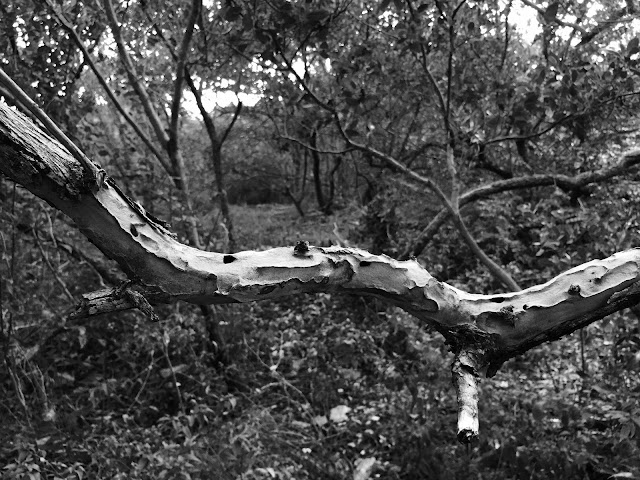 But facts, as stubborn as they may be, seem to count for less and less as we plunge collectively into a brave new future where things go wrong on a spectacular scale and yet still manage to take us by surprise. 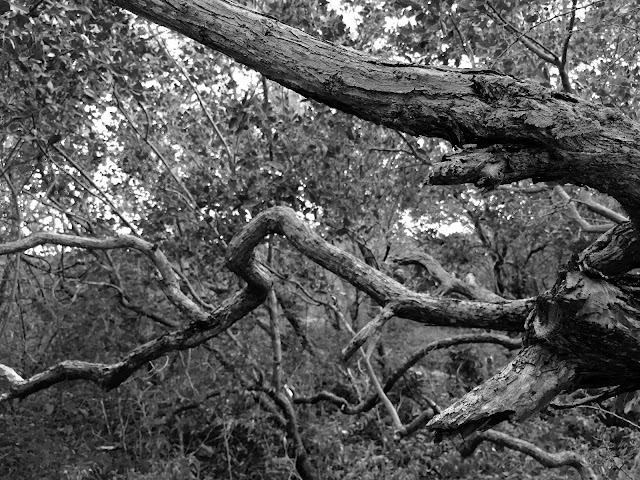 The article in the Floridian clearly expresses the frustration of public officials in trying to make people aware of the risks, and what they get back are half baked conspiracy theories and junk science from the public they are trying to educate. 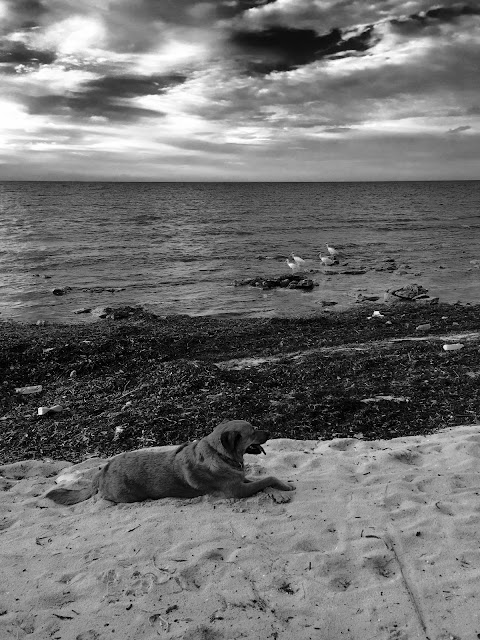 It's funny how things have changed. It used to be that government did things to people in secret for "the common good." One thinks of medical experiments, lobotomies and vaccinations and the like that were done in the name of science behind very closed doors. Nowadays in our struggle to maintain an open culture everything is explained and discussed, and still to no effect. 96% of disease spreading mosquitoes were wiped out in the Cayman Islands by Oxitec. Too bad they can't do it here. 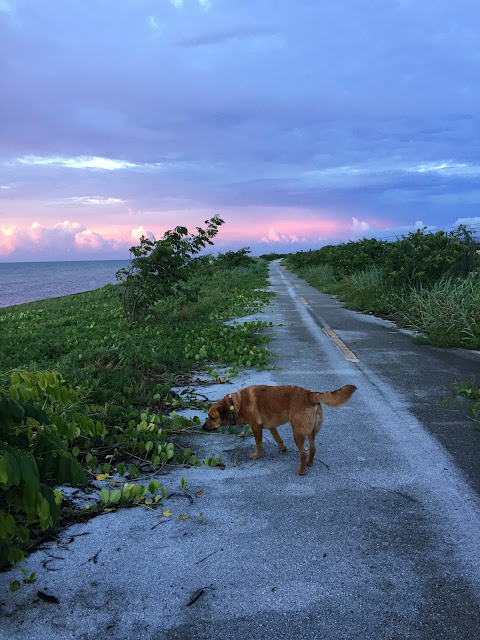 The city will hold an advisory referendum in November and I don't doubt the vote will be opposed to Oxitec and a majority of commissioners say they will abide by the vote. I am loading up with repellent and hoping for the best, whether I go to Boca Chica Beach or anywhere else. 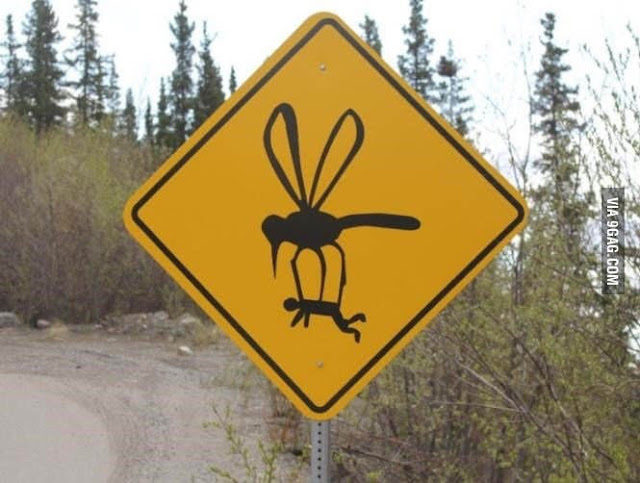 (Photo Courtesy Chelsea Jaremko)
Posted by Conchscooter at 12:00 AM 3 comments: