The Internet has changed so much about travel not least the ability to find stuff online and in maps. Type 'rest areas' into the map search function and up they pop like little red toadstools. It's easy to dismiss rest areas as necessary evils but traveling with your home makes them ideal free legal stopovers. Far better than hotels you drive in, park and go to sleep if you want no more than that. In the morning leave quick and easily. 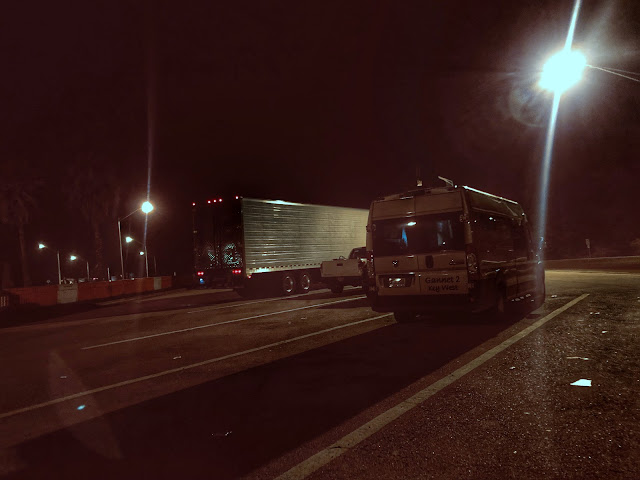 The beauty of rest areas is that they vary wildly, and some are mere parking lots though others can offer a welcome center, vending machines, dump station for RV toilets and delightful wooded areas to walk your dog and maybe your camera. 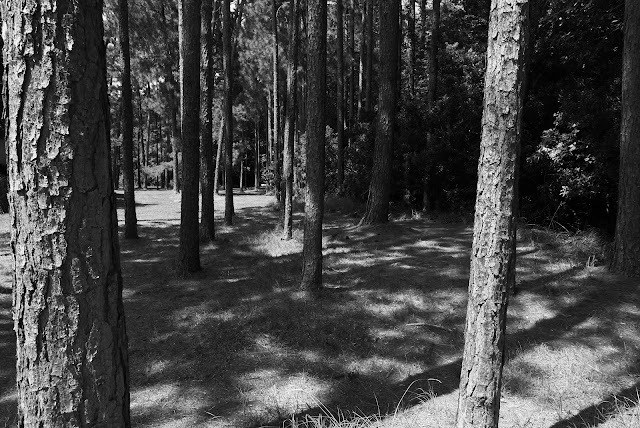 South Carolina surprised us with many people wearing masks and superb rest areas. Expansive as though designed for social distancing. 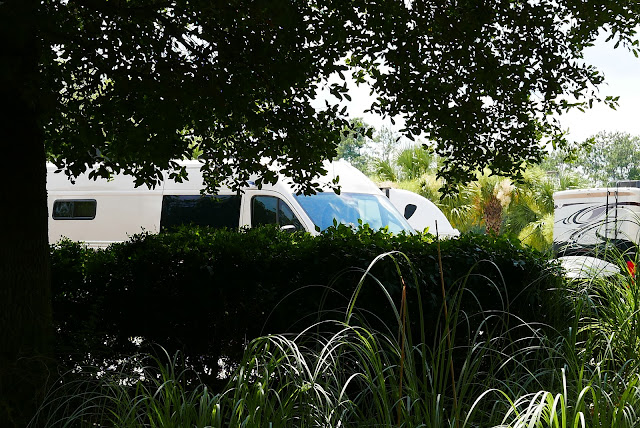 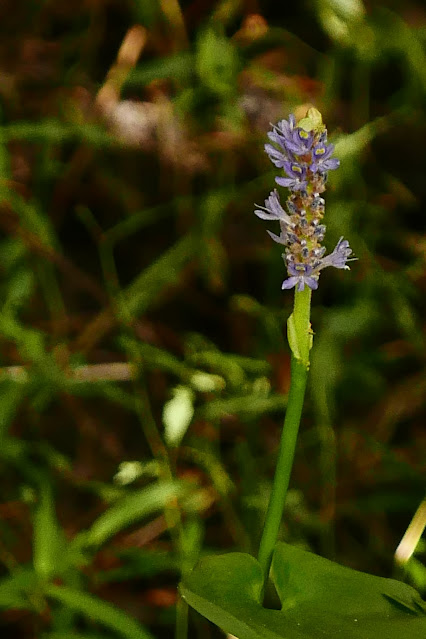 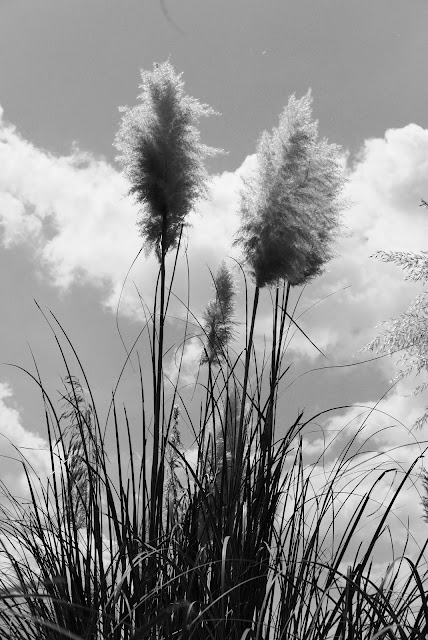 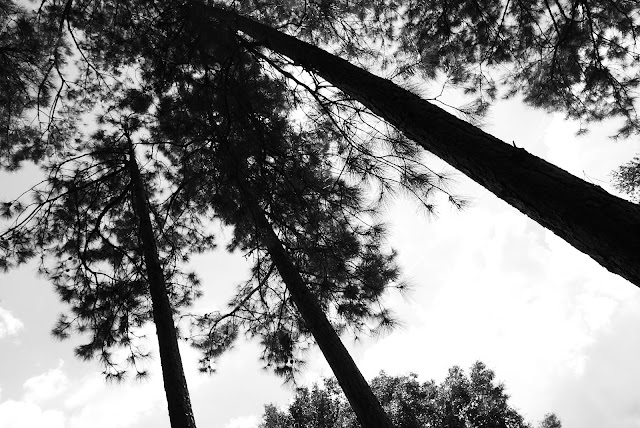 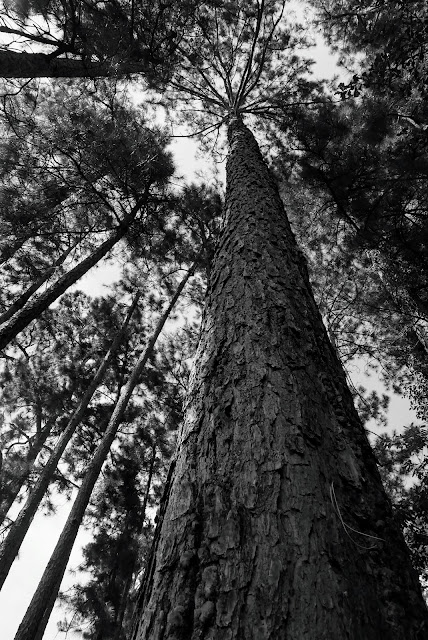 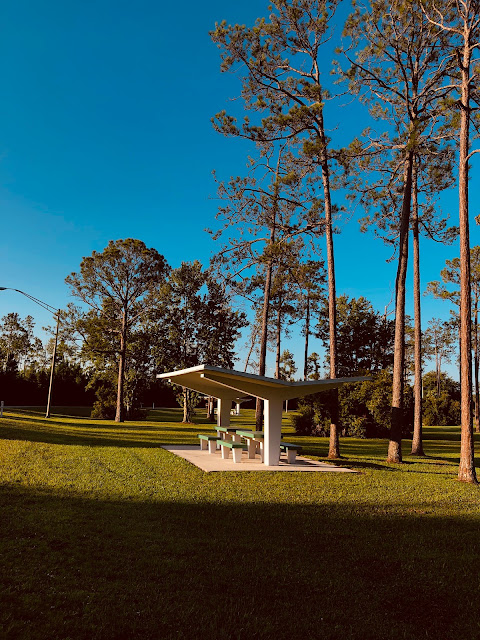 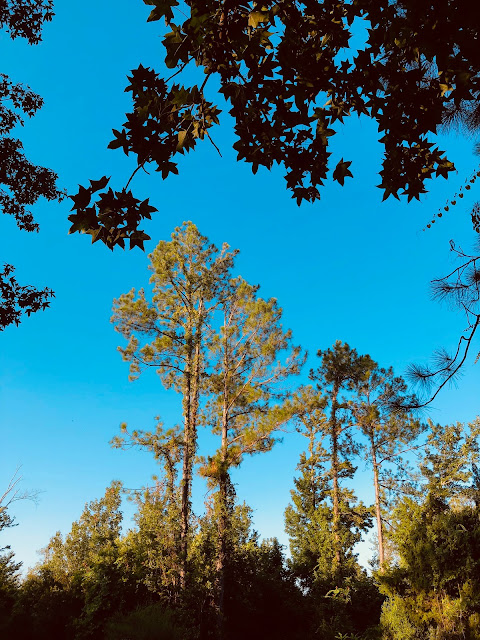 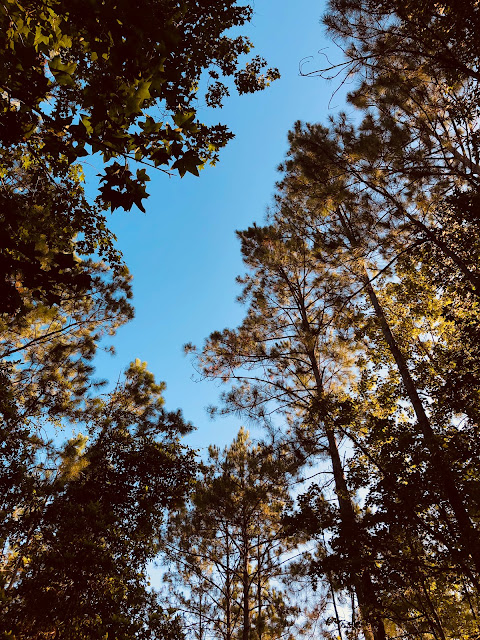 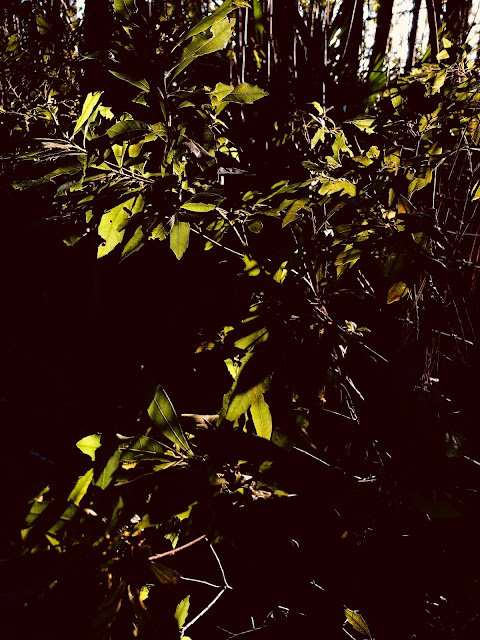 And then you are back in the headlong rush to get somewhere else. 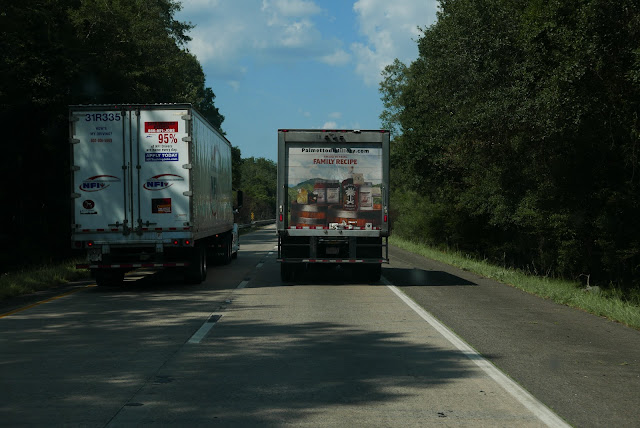 We have driven to Asheville numerous times but I was still miffed that we couldn't take it a little slower and get off the freeways. This vacation is a yes tot see how our gear works, to see what's possible in a pandemic, and to see how we cope with renewed sense of life and living off the freeways of life. Hmmm... 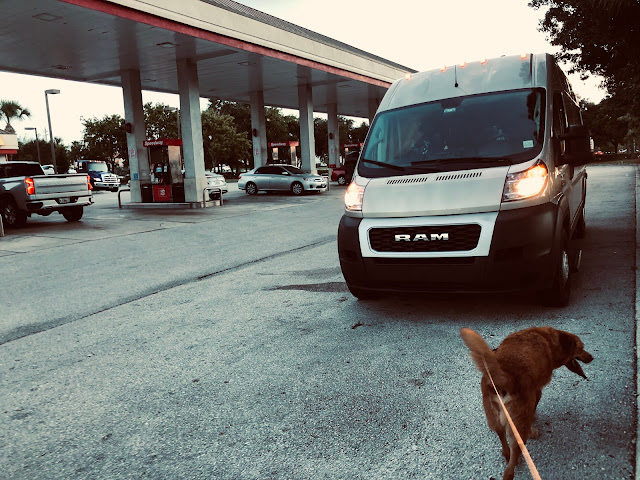 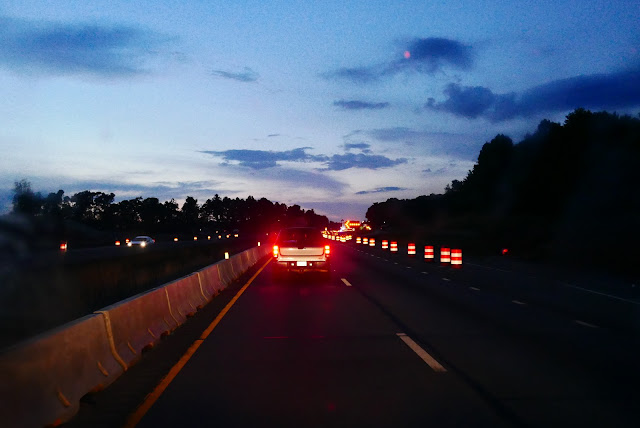 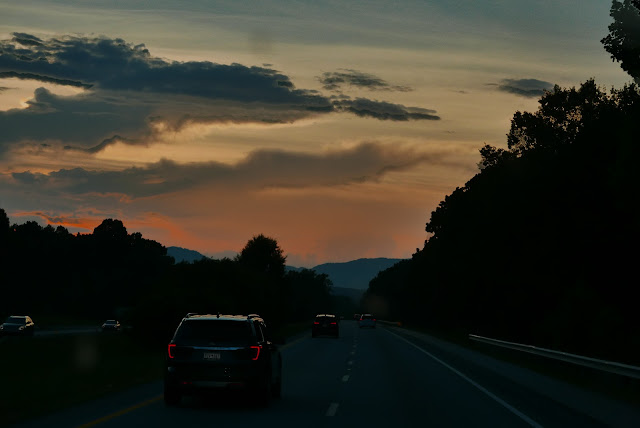 Posted by Conchscooter at 6:00 PM 7 comments:

I took a walk with Rusty as usual and I made it a point to photograph some mangroves for myself. 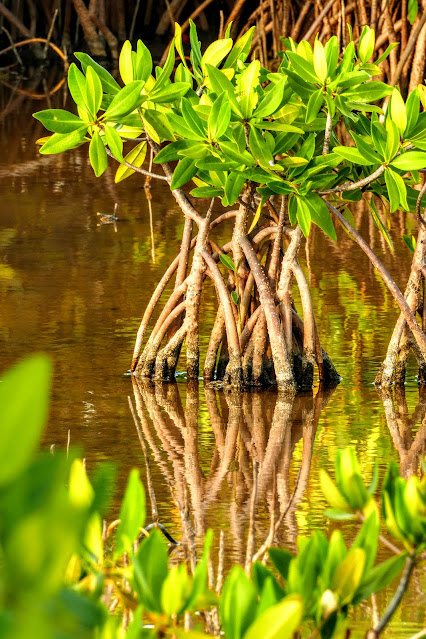 It is not often noticed but in June 2007 when I created this page I called it a Diary and the reason was that it was going to be a record such as I had never had of things I liked. I like mangroves and where I'm going these three weeks I shan't see any. At least I don't think they have red mangroves Up North, that I've ever seen. 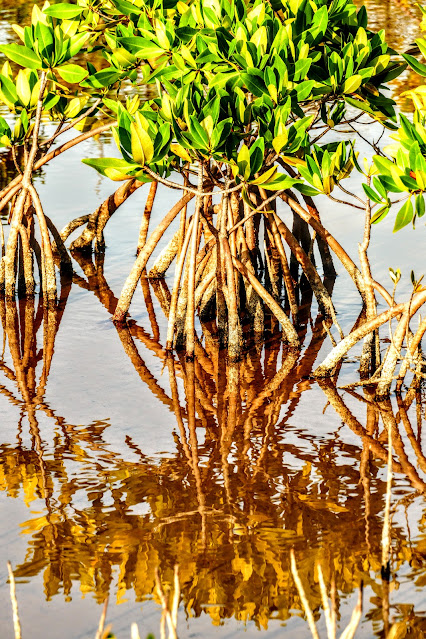 So I thought to myself, I shall post some pictures so when I'm on the road I can refer back to what I left behind. 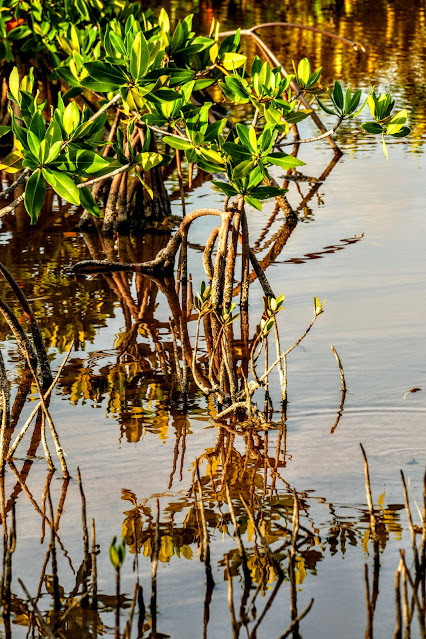 So this is for me, to remember the heat and the smell and sweat and the irritation of my viewfinder misting up. Of Rusty crashing down the trail and sitting in thick brown water to cool off. 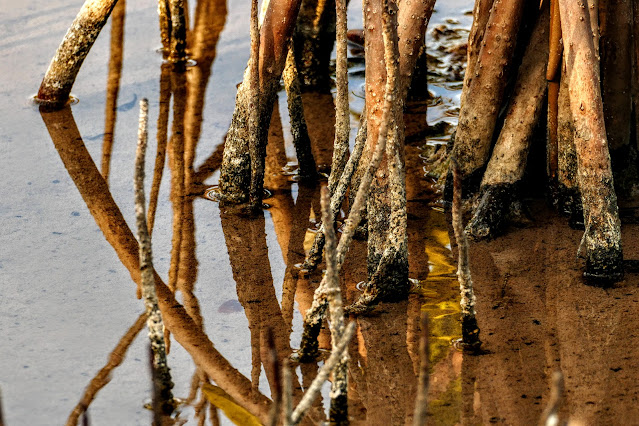 Of the heron that flew straight overhead pushing the air aside  audibly like  a wind turbine.  I saw a white crowned pigeon flying alongside my car as we arrived and I looked to the right and there framed in my passenger window was the pigeon making high speed travel look easy. 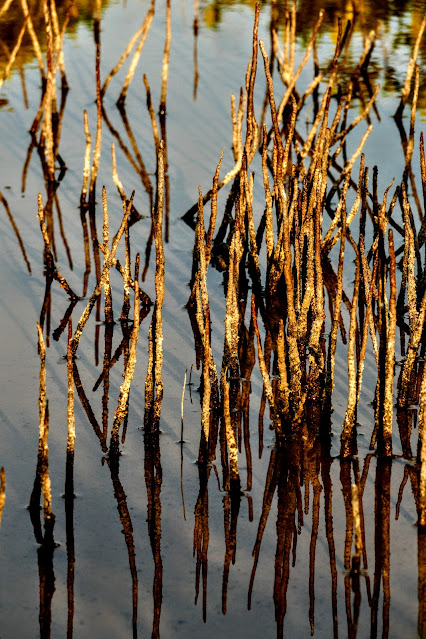 Mangroves are unique and weird and what makes them even more special is they are completely useless to humans. You can't burn them, you build with them,  they are a law unto themselves. You can't even walk among them, they are awful to try to traverse. 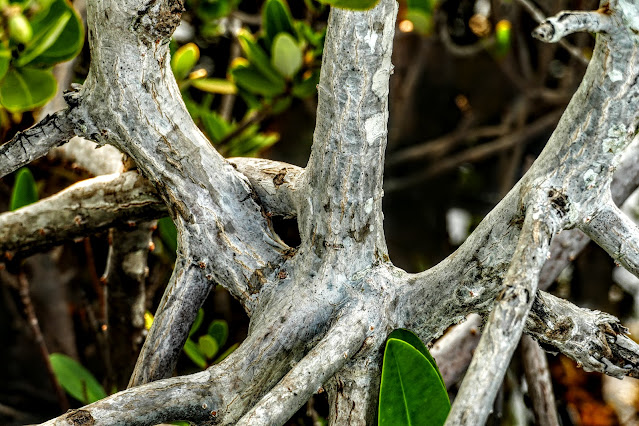 For the longest time they were targeted by developers because  they were considered not only useless but obstructive. And then of course they were found to have remarkable properties of great human value...Human beings are quick to pounce in judgement and slow to retract. 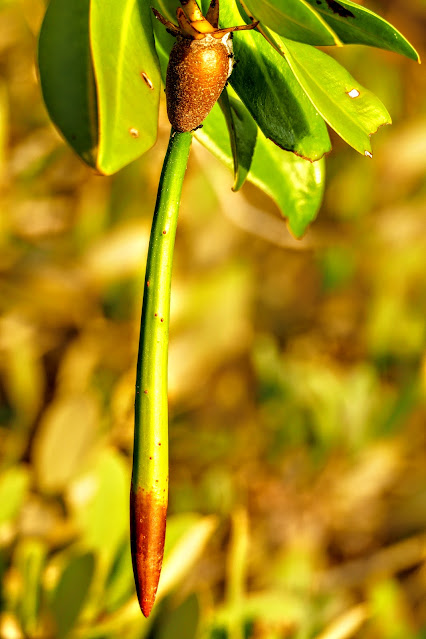 Mangroves protect dry land by absorbing wave action. Mangroves protect fish spawn by giving shade and protection from the sun and from predators. If you want to go fishing protect your mangroves. And because the state of Florida values tourist dollars mangroves are now protected and you can't cut them down. as it always should have been. 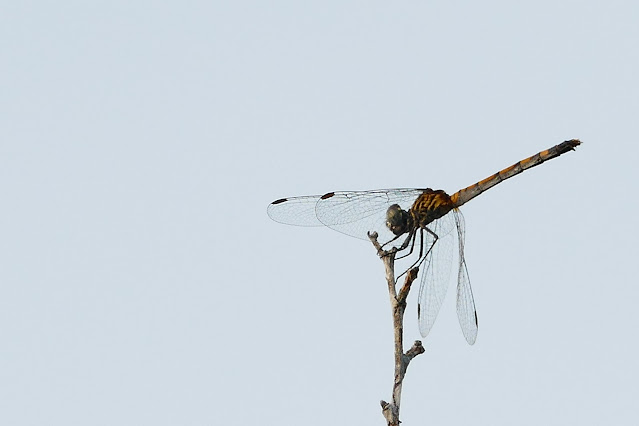 I really like Florida.  Not all of it, but some bits of it quite a lot.
Posted by Conchscooter at 12:00 AM 1 comment: