It is one of the lesser known state parks in the Florida Keys and for the absurdly small fee of $2.50 you can enjoy wandering around here any day except Tuesday and Wednesday. It's worth a stop when you are driving through Islamorada. 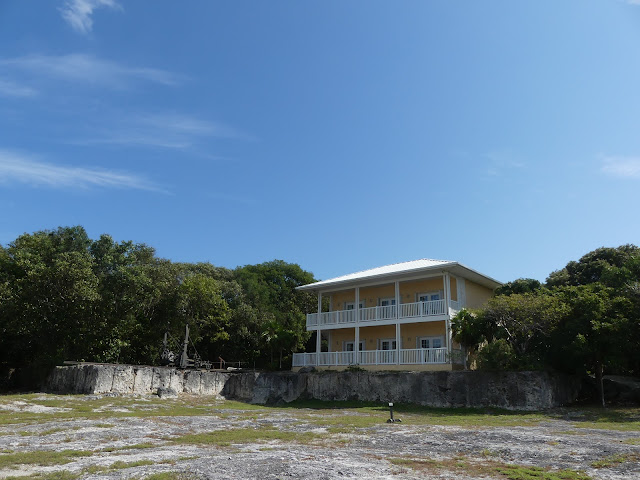 I took my sister in law who was visiting to escape the fearsome cold of Appalachia and she took the time to study the quarry operations that created the park. 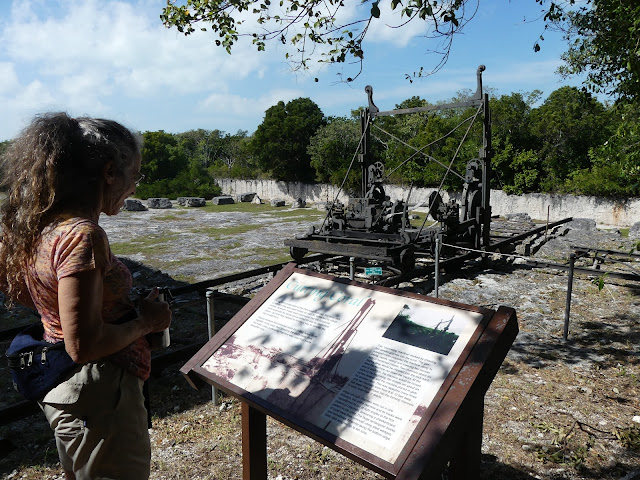 Formed of Key Largo limestone, fossilized coral, this land was sold to the Florida East Coast Railroad, which used the stone to build Henry Flagler's Overseas Railroad in the early 1900s. After the railroad was built, the quarry was used until the 1960s to produce exquisite pieces of decorative stone called Keystone. Today, visitors can walk along eight-foot-high quarry walls to see cross sections of the ancient coral and learn about the quarry and its operation- an important part of Florida's 20th century history. Samples of the quarry machinery have been preserved at the park. Visitors can enjoy the natural attributes of this island while strolling five, short, self-guided trails. Picnic tables are available. The Visitor Center, open Friday through Sunday, 9:00 a.m. - 5:00 p.m., features educational exhibits about the history of this site. Located at Mile Marker 84.9 on Windley Key near Islamorada. 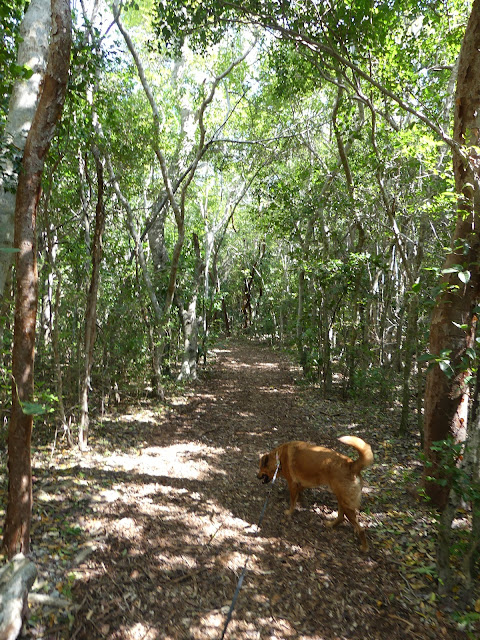 Aside from being on a leash Rusty had a pretty good time. Every time I stopped to admire the trees he started whining as though bored so it was a bit of a forced march. 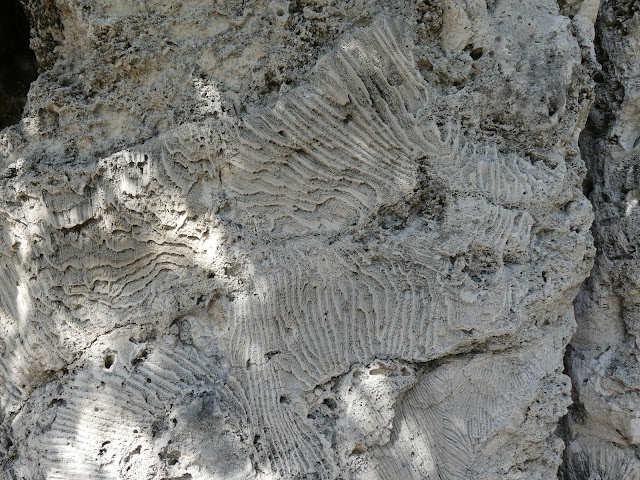 I slowed him down a bit to admire the cuts in the coral rock quarry: 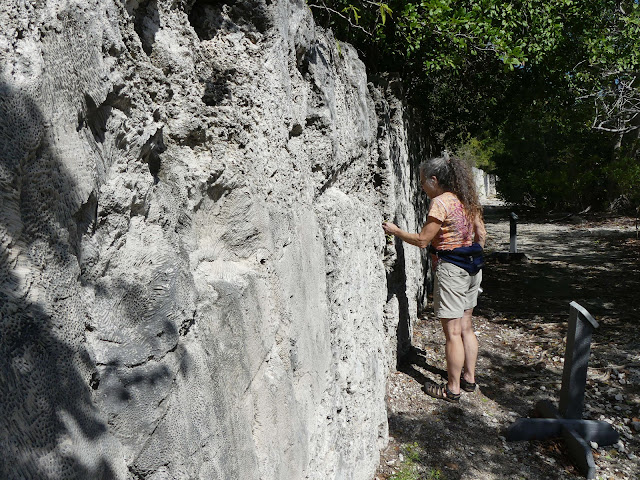 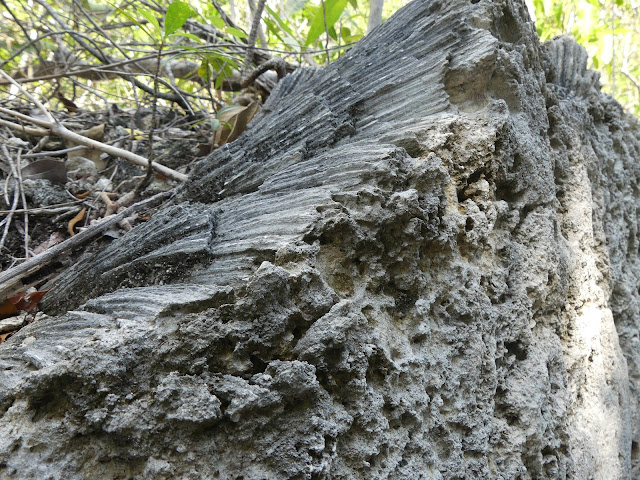 Windley Key is a great place to take  a walk: 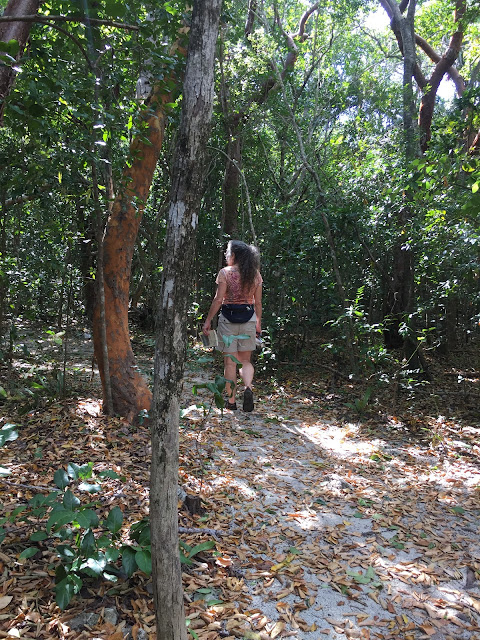 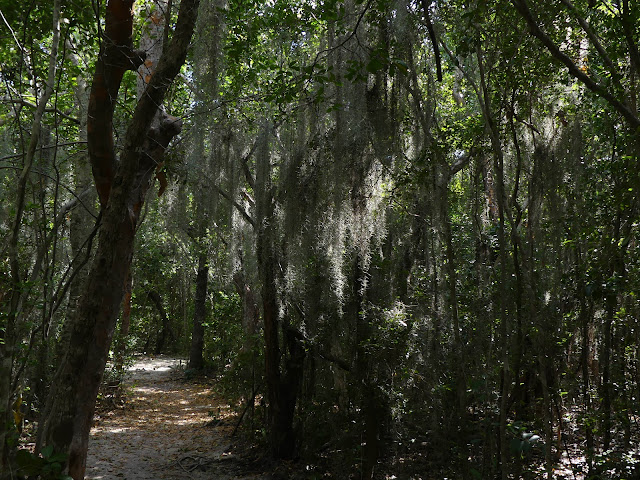 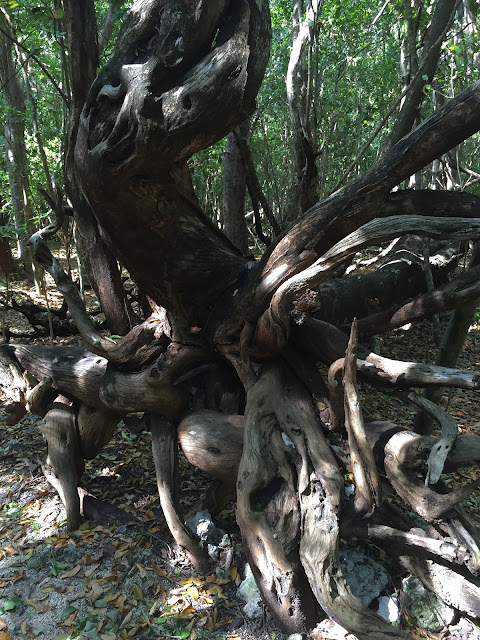 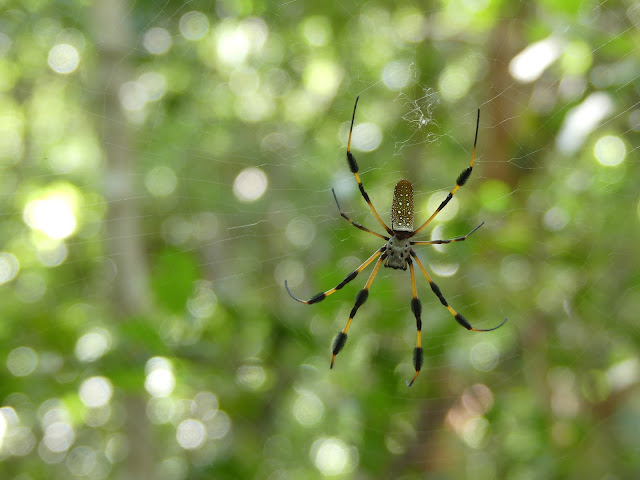 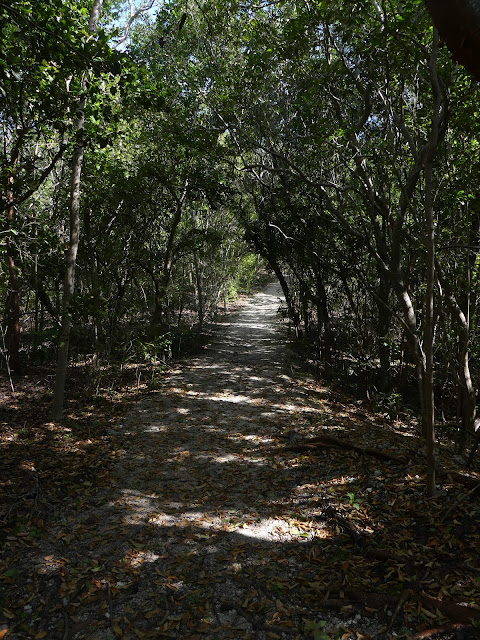 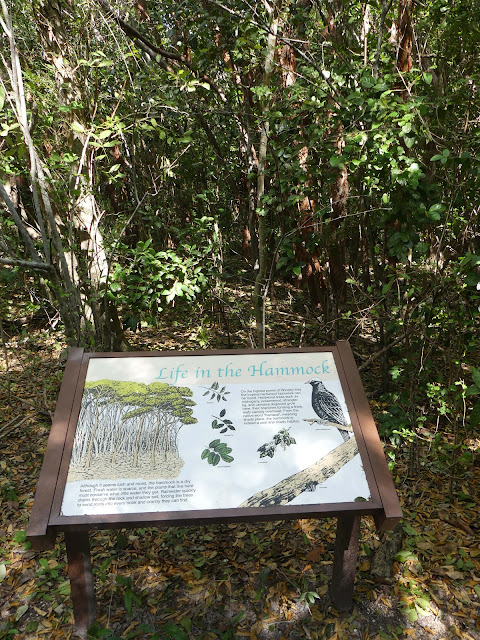 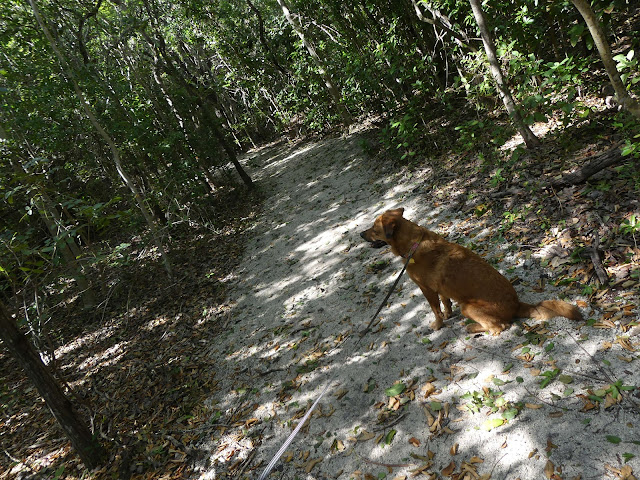 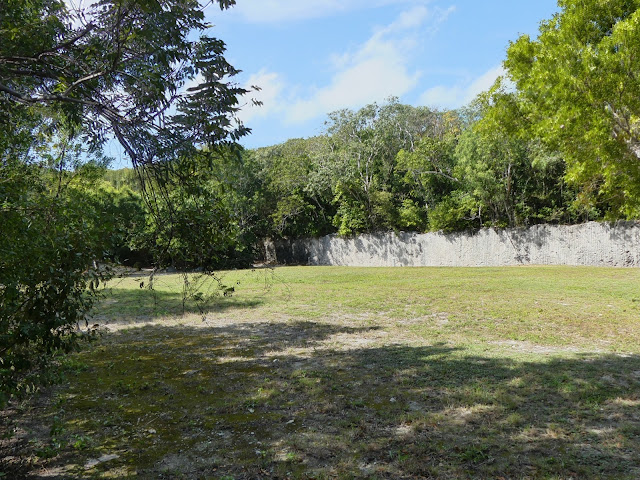 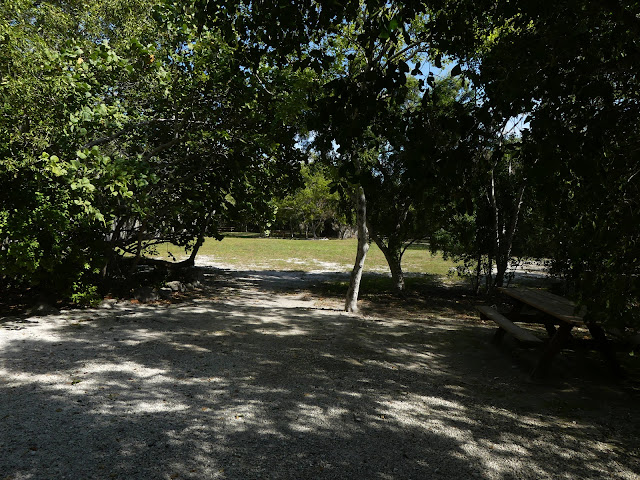 Rusty worms his way easily into any stranger's affection: 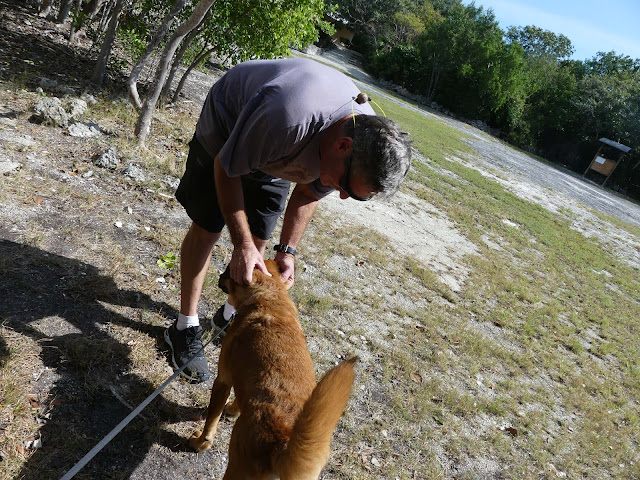