I wanted to look at the sea so I took a drive by Truman Waterfront just to see how it all looked. No change, as you might expect but I enjoyed watching the activity on the water. 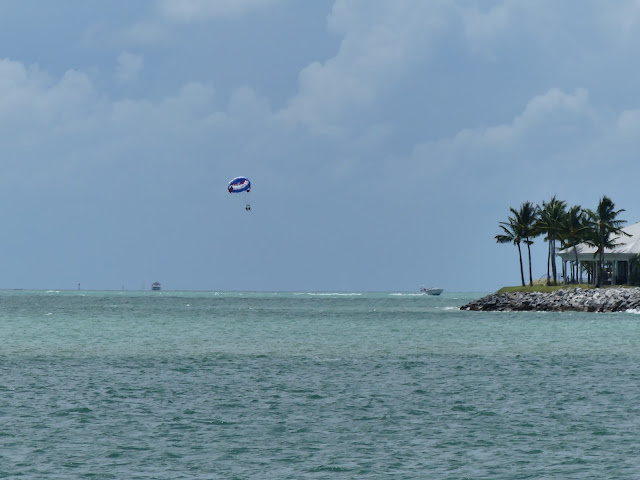 This enterprising young couple were more interested in each other. They are sitting on benches lined up on the Inner Mole. The seawall across the water is the Outer Mole and the water in between is the Navy Basin. Apparently the cement was quite hot as their bare feet couldn't take it when they finally got up. It was a scorcher. 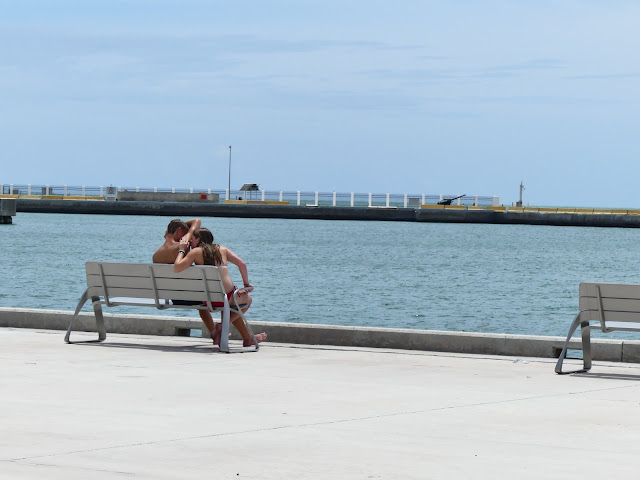 I visited the Ingham Coast Guard ship almost exactly four years ago: LINK. I wasn't too keen to go back onboard, like I said he heat is debilitating. The floating museum is tied up at the Inner Mole of the Navy Basin. 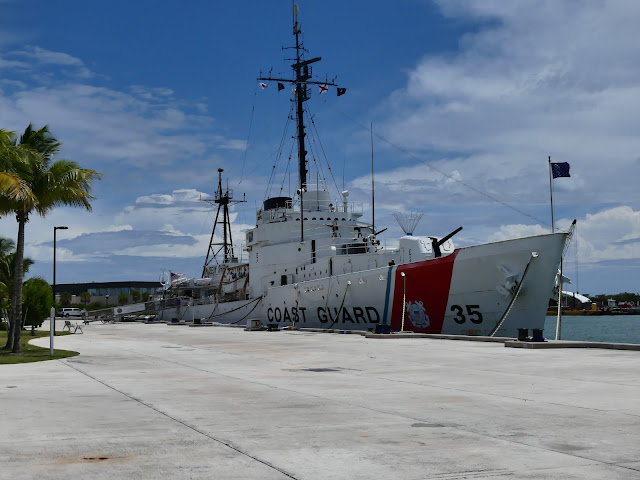 The Police Department's boat was keeping en eye on things in the harbor. Sunset Key is in the background: 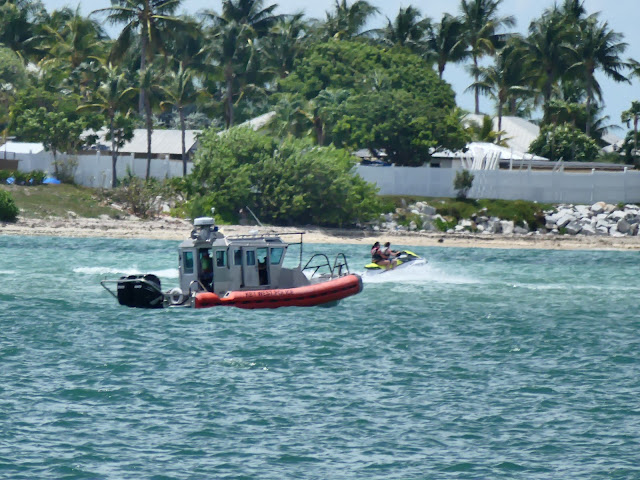 Somebody has to keep the place clean, even in this heat. 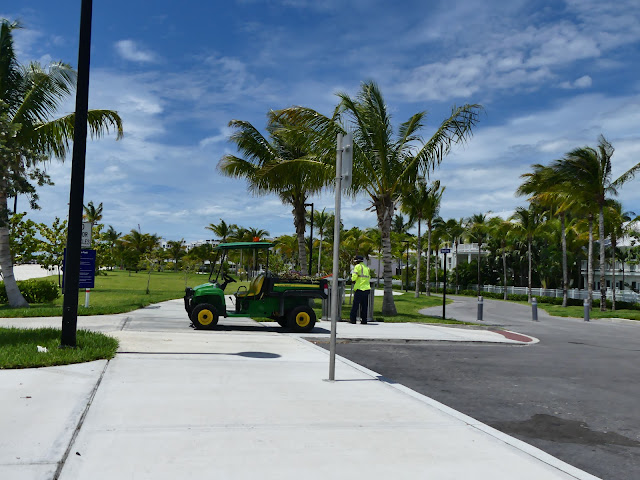 I took advantage of the rather nice water fountain to refill Rusty's water bottle in the car. 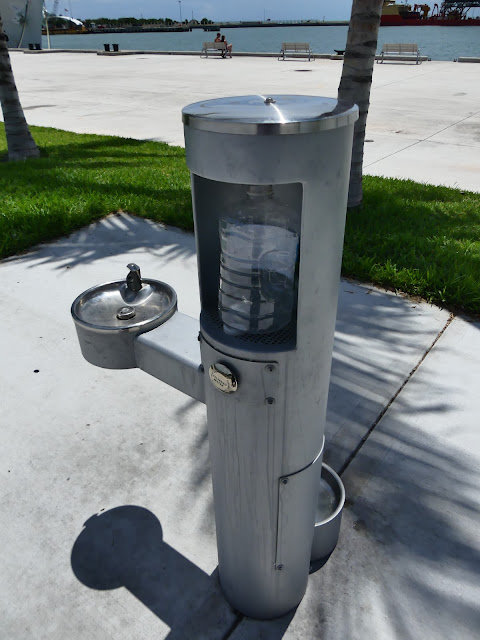 I thought this was the police boat patrolling bu on closer inspection it's the Coast Guard. Lots of activity in the harbor! 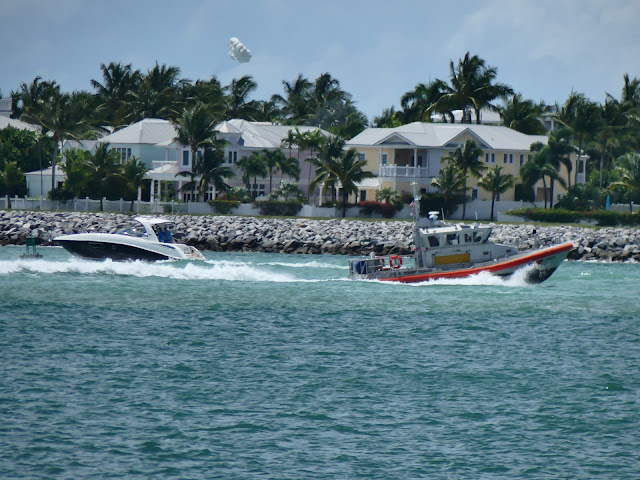 There was a nice breeze blowing which spread the red and white  State of Florida flag alongside the dark blue Conch Republic flag flying on the Ingham. 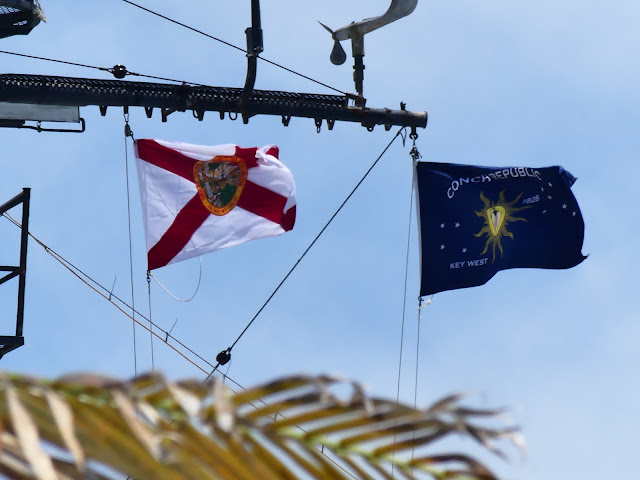 And no, the riders in the sky were not landing on the roof on Sunset Key. It's just a perspective illusion: 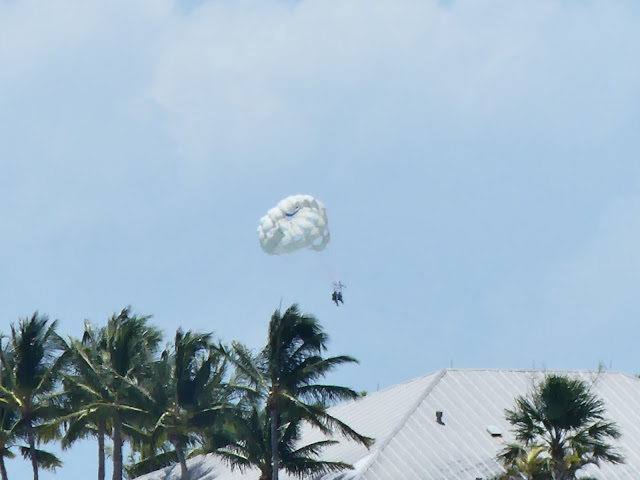 I took this picture of a house inside Truman Annex but overlooking the waterfront: 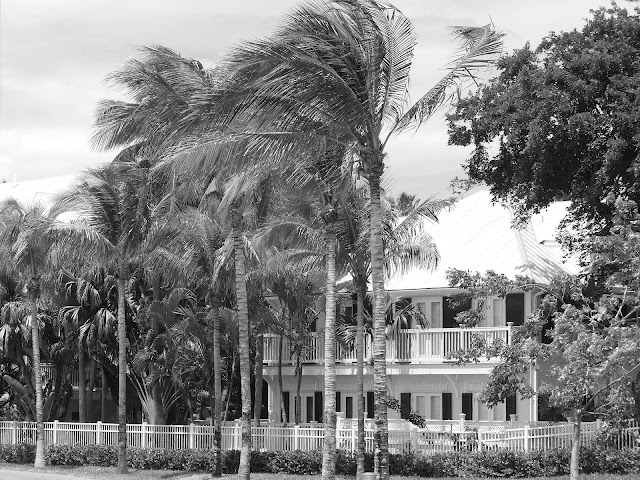 And finally a glimpse of the splendid new water display to keep the family cool on a hot summer day. It looked excellent. 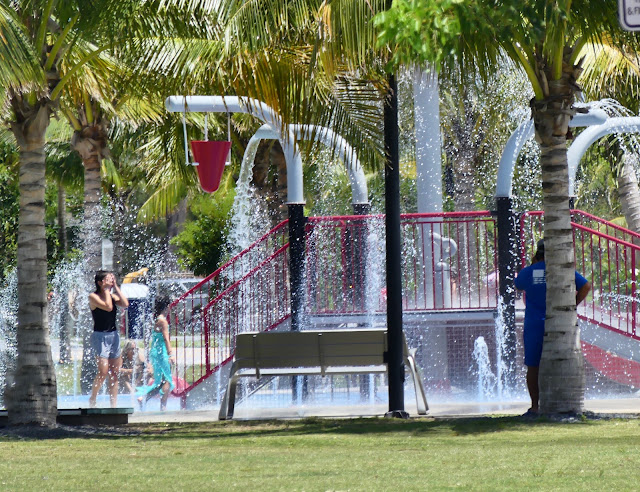