It grew upon me Tuesday night as I watched the results roll in, no one, I thought, remembers their predictions and their discussions after the election is over. Tuesday night I was in a hotel room watching the returns with my best bud but she gradually lost interest and passed out in the glare of the television. I was still convinced President Obama would win a second term, as I had bee throughout the two billion dollar election campaign farce. Cheyenne snored. 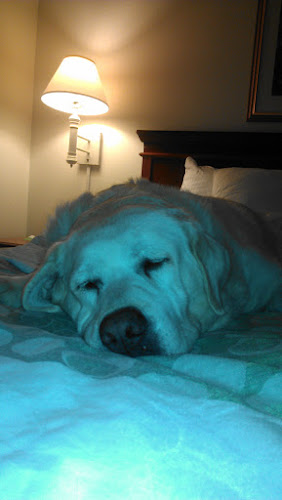 Generally I find the Key West Citizen's editorials to my taste, on local issues at least. On national matters they suck, witness this endorsement.

Aside from the fact that The Candidate Who Believes In Magic Underwear never found a position or political plank he could believe in for longer than five minutes consecutively, Romney announced to the world at large hat he doesn't give a fog about the poorest half of our nation. That doomed his candidacy, whether or not the Citizen was paying attention. Anyone who was paying the least bit of attention noticed there was a massive and coordinated and extremely well funded bid to oust President Obama. The Grand Old Party announced its sole purpose in life was to get rid of the African American President, the one they labeled a socialist. It mattered not too them what they did to the economy or the country, or what lies they propagated as long as the black man was removed from the White Man's House. Not because he's black but because he's a socialist. Except he isn't (a socialist, he is still black!)

Reading the rubbish in the Citizen editorial I despair of anyone ever understanding what the hell is going on. How could anyone believe Romney could reduce our dependence on foreign oil? To reduce dependence on foreign oil we would have to nationalize oil production. If we keep the current system of free market capitalism the oil brokers will always buy the cheapest oil and sell it to the highest bidder and they don't give a toss whose oil it is or how foreign it might be. Try convincing a Republican loyalist the only way to reduce consumption of foreign oil is to undermine the spot market by "socializing" it! Their heads would explode. And the notion that "strengthening the military" is consonant with reducing the deficit is ludicrous on its face. Try telling a Republican the source of our annual deficits is a bloated military fighting two unnecessary wars with 700 worldwide bases and their heads will...explode! Public Broadcasting subsidies consume two minutes worth of federal military spending! Facts are stubborn things and privatization requires paying stockholders dividends out of profits instead of plowing profits back into the enterprise as employees soon discover when wages are cut and benefits annihilated by Romneys free market economy. Privatization does nothing for innovation! It just feeds the one percent.

To further muddy the waters the mainstream press is avaricious enough to ignore the illegal nature of the advertising begging us to vote (state) in support of Biblical Values (church) a conjunction expressly forbidden by the constitution. Never mind, the value-free followers of the Magic Sky Wizard lost on all fronts and were roundly ignored by deadly humanist values voters who supported affordable health care, living wages, freedom of choice and in favor of allowing poofs wreck traditional marriages by allowing them to marry too. The Republic is dead. Actually no, the republic is more alive than it has been ever since Ronald Regan proclaimed a new day in America and since Richard Nixon declared a War On Drugs. The fact is though that President Obama is no socialist.

He has pissed off the Evangelical voters easily enough even though our Affordable Health Care is operated through and by insurance racketeers, the banksters who robbed us and wrecked our economy remain at large and even though his Department of Homeland Insecurity is putting out a bid for 30,000 drones to monitor our beleaguered Homeland, President Obama remains our best hope for a better future. Oh dear, I voted for him though I am no fan. I can only hope the other believer in magic underwear, the Redoubtable Harry Reid, leader of the Senate, will do as he promises and stands up to the bullies of the Right.

Every time I feel ready to give up on this experimental representative government some small thing keeps feeding me the hope that things will get better that a brighter future awaits. I honestly expect more of the same, a gradually declining economy, restricted civil rights, more work for less pay for those of us at work, and diminished expectations all round. How can it be otherwise when one percent of the US population, under President Obama's socialist leadership, rakes in 93 percent of the income in the land of the free and home of the brave. I know what a real socialist would do with that statistic, and that ain't part of President Obama's plan to make things better for the majority of us.

I have long wanted to take a few pictures of this mural on Petronia. It used to be the Lemonade Stand Art Studio and now it is a rather attractive store selling used stuff.

I could have taken a dozen pictures of all the details in this painting but I tried to not overdo it for some reason I cannot recall. I think my wife was hungry for lunch.

A nice self portrait of the People's Artist.

The Key West Fantasy, living the dream on the porch.

A real slice of Old Key West. Good contemplation for a day when, unusually for me, I don't have much tO say.