The city of Key West got a new chief officially yesterday. Sean Brandenburg was appointed from his position as captain so the transition was as easy as one could imagine from outgoing chief Donie Lee. 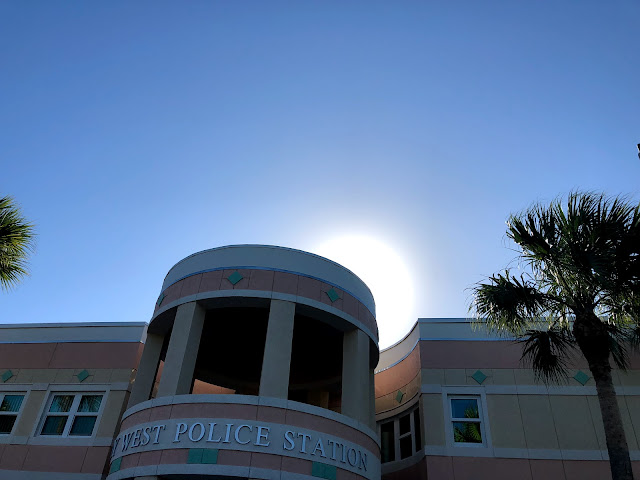 I took this picture of the wall where the chiefs' pictures are displayed and I haven't been back to check but I'm pretty sure it will be filled properly by now. 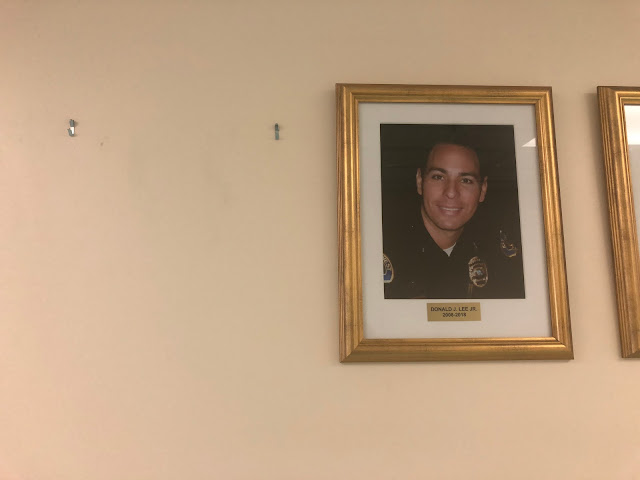 I stopped to check and someone is on their game as the noticeboard in the police lobby is right up to date. How do you like my rather slick self portrait from my electric scooter? Arms raised in supplication of course. 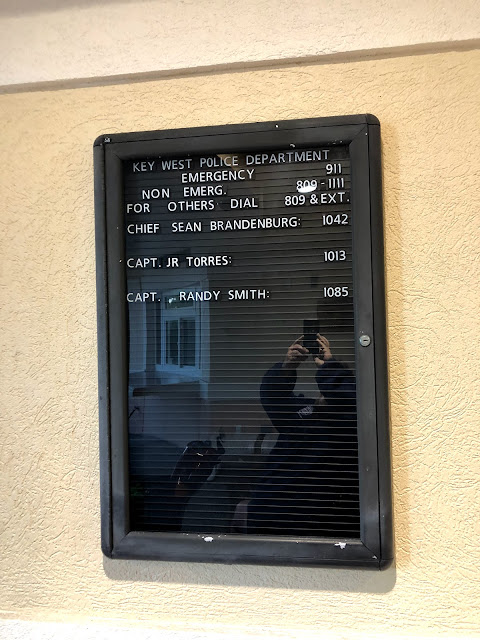 The great and good of the city of Key West assembled in the front parking lot under glorious clear blue skies and bright sunshine. My wife wheeled me to my place in the back row where I remained seated as the audience rose and sat in accordance with tradition as prayers were sad and flags were presented. 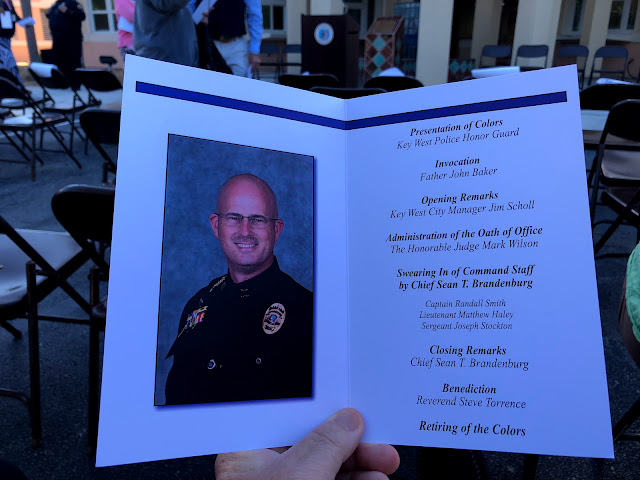 The new chief swore to uphold constitutions both federal and state and city charters... 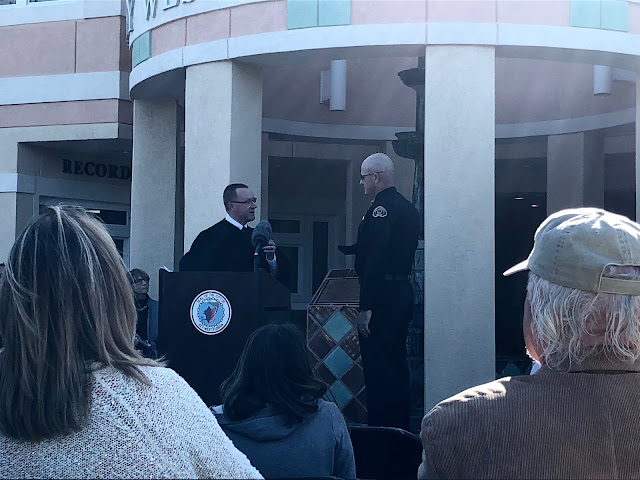 The former chief (retired) looked on from standing out in his white guayabera shirt: 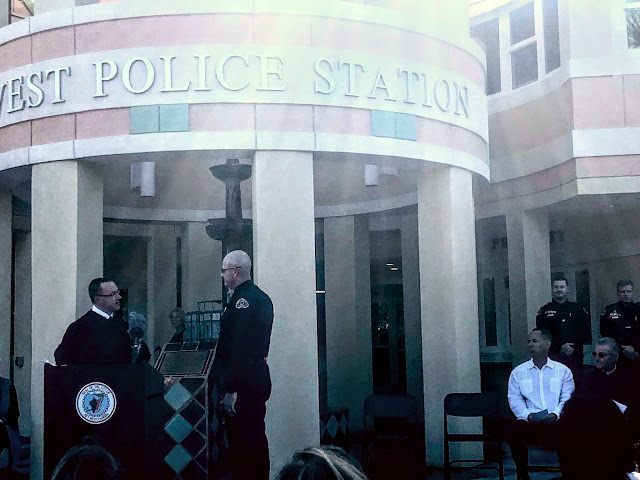 The chief got his stars pinned  by his wife and then he in turn swore in a new captain, Randy Smith, a new Lieutenant Matt Hayley and a new sergeant, Joe Stockton. One promotion has a cascading effect in the department. 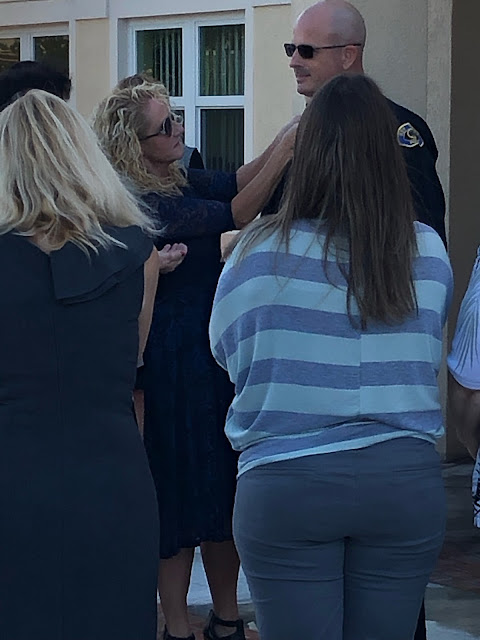 Layne wheeled me out to the street to meet the car and I got a reminder that police work doesn't  stop just because the police station is consumed by an important ceremony. Watching Officer Hartle ride by reminded me how much I long to be back on two wheels. 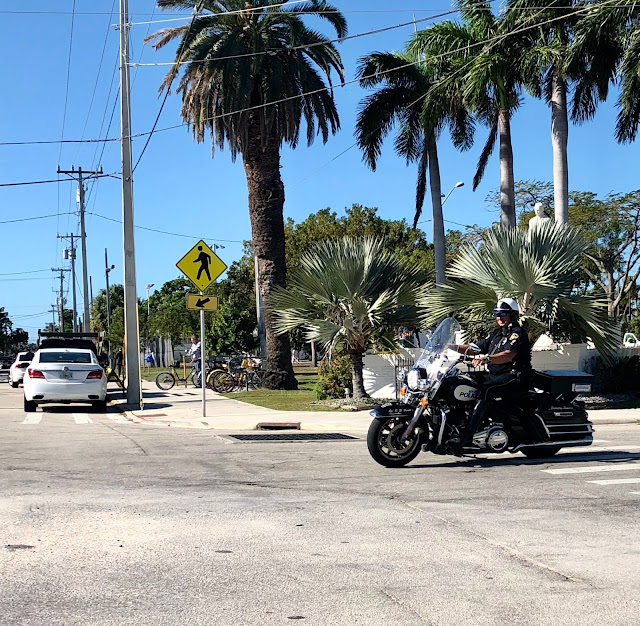 On the way home the wind was honking across the water, a warm day on the sun was cool and dry in the breeze. A welcome relief no doubt to the people living on the water in Cow Key Channel. 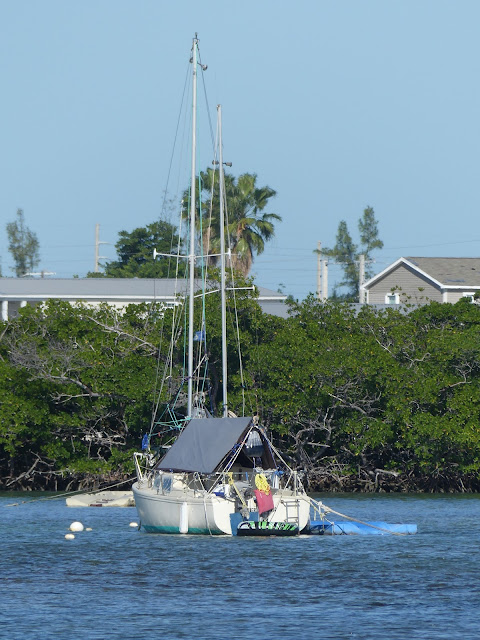