Ratcheting Down The Rules 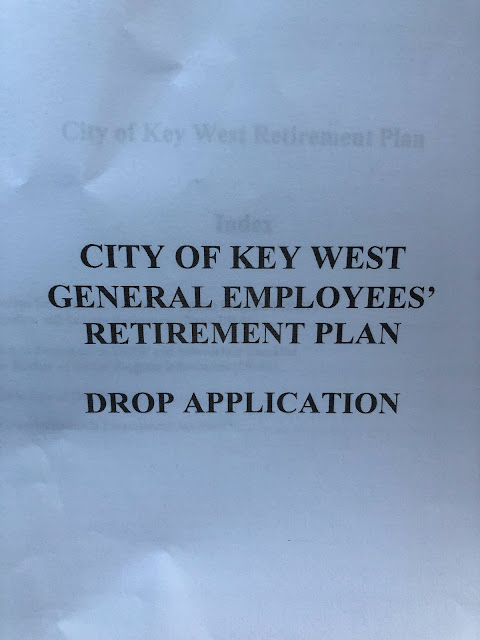 One reason I do not plan to retire in the Keys right away is that I want to make at least one more epic journey in my life before it's too late. My friends view me as well traveled and maybe I am but this time I want to push the boundaries a bit further than I have in the past, I want to explore further afield with fewer lifelines thanI have in the past and time is finite, I am growing old, darkness is closing in. 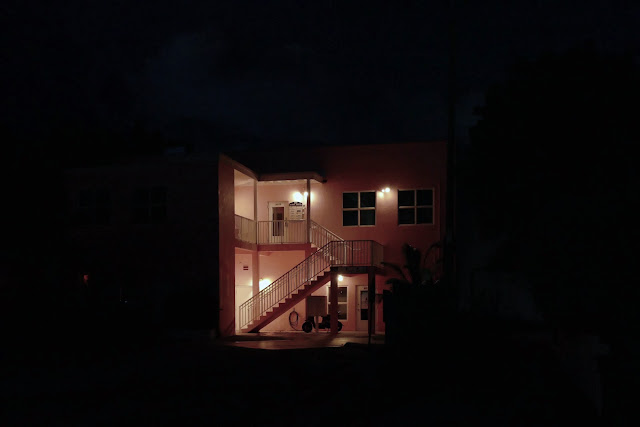 The idea of retiring in the Keys at some later date is dependent on a  couple of factors. One is access which around here means affordability and the other is what to do in retirement. I have already established I am not a barfly. Sitting around drinking under the flickering gaze of  televisions screen in a crowded noisy room filled with people seeking oblivion does nothing for me. The other classic retirement activity is fishing and that holds no interest for me. I do my fishing at the market. So what do I do in an eventual Keys retirement? 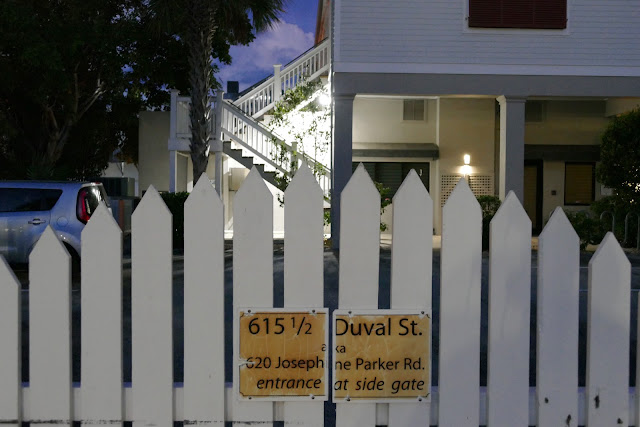 I have long enjoyed the fact that life in the Keys has been accepted as slightly off kilter, eccentric even. Key West has been home to non conformists and harmless types who don't fit in very well with mainstream but that has changed a lot already and continues to be forced out by wealthy conformists who neither understand nor appreciate non conformity.  Now the national marine sanctuary of all agencies is proposing reducing how local people get to use natural resources in the Keys.To me this is one more symptom of too many people in too small a space. Had you lived in the Keys in the 70s and came back now you would be unable to recognize this town for rules and restrictions. For me who has lived here a mere 20 years (and can remember Key West in the 1980s) the corset of public conformity is already too tight. 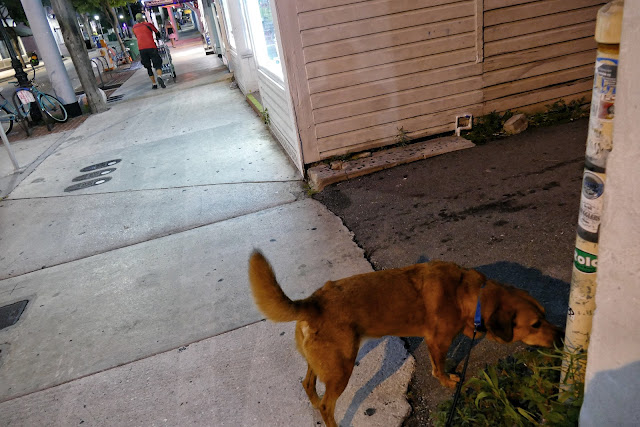 It is I suppose inevitable when people spend stupid sums of money to buy a house to live here that they then expect to be able to shape this community in the likeness of the restrictive and conformist world that they know Up North.  Had you bought a million dollar home in a gated community you'd expect to have parking and not to have bums and to have decent traffic flow and so forth. Around here the frustration of realizing you have simply bought a ridiculously expensive home in a community that lives permanently on the edge of chaos exacerbates every other difficulty. And then you find that people try to correct this misaligned way of doing things and that creates a whole new world of misunderstandings and irritations. So it is with the Marine Sanctuary. They had a meeting Tuesday night to discuss proposed new restrictions on public use of protected waters and according to the Citizen newspaper's reporter the meeting was a four hour harangue of the Sanctuary, its management past and present and its new proposals to protect marine life and spawning grounds. 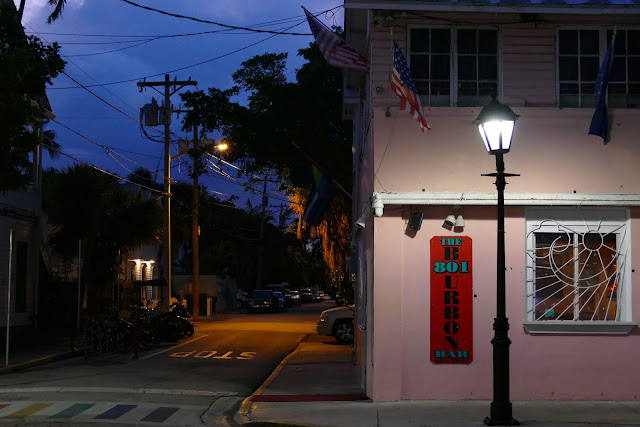 I haven't written about this fiasco previously because it seemed like there was a chance things might calm down but at this stage it doesn't seem very likely. Also he editor of the Citizen newspaper has published a rather severe commentary  wagging his finger at Facebook users who he says are inflaming the populace with false information. However he also admits the Sanctuary has said it will limit access to residents at several favored boating spots around the Middle and Lower Keys. Why would anyone be surprised locals are upset when told the plan is to reserve prime snorkeling sites to commercial boats? That there is time to comment on these new restrictions is not very encouraging to a populace used to seeing customary rights and privileges rescinded in the same of ecology or population control. Indeed the new rules will be written come what may, starting next February. 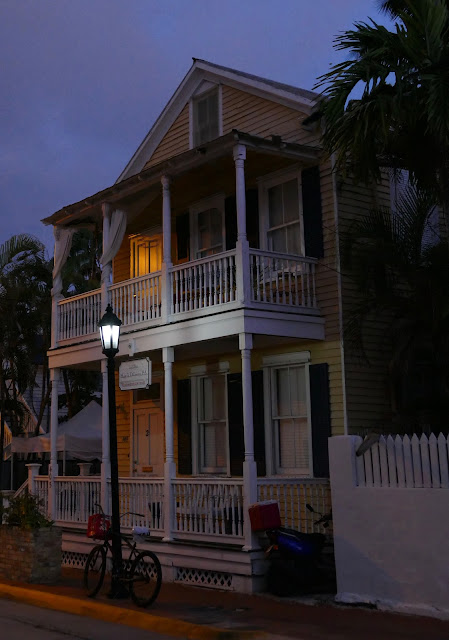 The editorial by Richard Tamborrino is worth reading in full but here is the nub:
Nothing’s been decided with certainty yet. Sure, the Sanctuary folks are partly culpable in terms of poor early communication. Initially, they were not clear about closing off Sanctuary protection areas to the public. Now they are clarifying it as closing some areas to dive operators who are not Blue Star certified. The Sanctuary wants to broaden the number of Blue Star Program operators (which recognizes those who complete training, conduct conservation activities and encourage responsible use). How and if individual users’ access would be limited continues to be open for public input and ideas.
We’ve said it before, and we’ll say it again. Social media gives a voice to many who don’t deserve one. But even in a public setting, like Monday, when the Sanctuary kicked off the first of three public workshops at Key West High School, the anger was clearly ratcheted up.
Well there's something new to ponder, the press berating public comment in Facebook instead of in the pages of the newspaper. I have long advocated reading newspapers instead of relying on rumor and innuendo on Facebook, I am a believer in fact checking perhaps owing to my background as a radio reporter, but if the newspaper notices the tenor of debate on Facebook perhaps the newspaper should tackle the issue head on and in large print. Mandy Miles has left the Citizen which is not a good sign, and the Citizen getting into it with Facebook isn't much better. Being able to go boating and fishing is one of the pillars of life in Key West and its being restricted. The newspaper should notice. 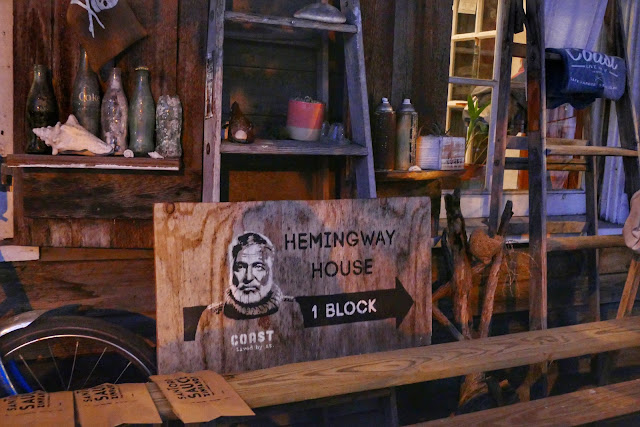 I wonder how all this will end because as inconceivable as closing dive sites to boats may seem now this is just the first step on an endless road of limiting access to the waters around the Keys. It may be necessary or it may be excessive, you decide, but it won't stop here.In a decade it will be normal. On land I see similar encroachment all the time, which leads me to wonder if pretty streets and lanes will be enough for those of us who like to walk. They aren't enough for me though I do enjoy them. The funny thing is that this is a generational problem. Talk to anyone who used to live here and discover how paradise lost its sheen for them years ago. Too expensive, too crowded, too restrictive are the recurring themes of exiles of all ages from this island paradise. So perhaps I have run my course and things have now got too restrictive and too limited and not quirky enough to contain my personality. I am reluctant to accept that notion as Key West has been the best home I've had in six decades of wandering. So here's the sum of things: do I return here after my next nomad adventure ? Do I not?  Who knows...I am certain the journey will change me and my perceptions and if there is to be a future somewhere Key West may well not be it. So the brief right now is to squeeze this moment in life, this suspension between now and the unknown future for all it is worth. 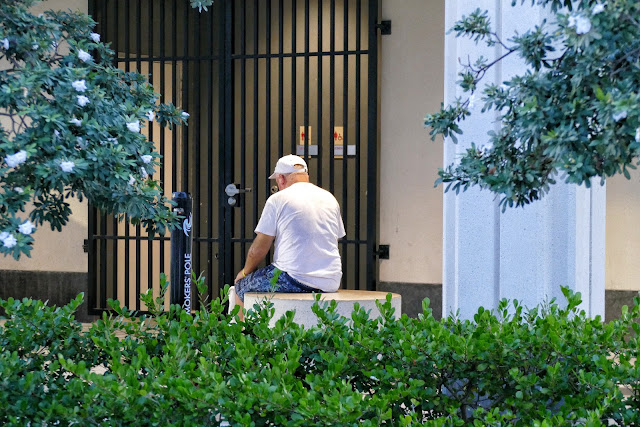 I expect the Sanctuary managers will retreat a little bit, for now but like the Key Deer whose home range keeps expanding and clashing with humans, the reach of the marine regulations, whatever they are, will keep spreading. It may take a new generation to settle back and for a while enjoy what they view as ideal tropical living. I am reluctant to hang around and be heard grumbling "back in my day..." to anyone that might listen. "When I lived in Key West, back in the day....we were properly free to live as we wished....blah blah blah."I am fearful of becoming a bore in my own home which means a journey, a fresh perspective and new horizons are all absolutely necessary. So now I am entering that privileged first world state of being: a retiree. Less than three years is the countdown as my wife and I stand on the precipice of a whole new life. 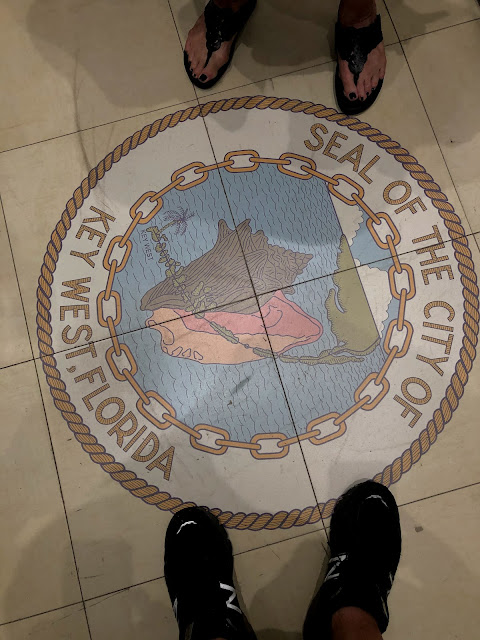 While I look forward to writing these dispatches from the edge of human experience (Webb Chiles) I hope someone else will take on the task of photographing Key West as it evolves.
Posted by Conchscooter at 12:00 AM 7 comments: