Sunset Sailing From The Archives

Reading this essay from five years ago its clear my boat troubles have come and gone. Even down here winter thoughts about cold water, less than 80 degrees, start to close in and though we have maybe two more months swimming the end of a refreshing dip in our canal is nigh! Remembrance: 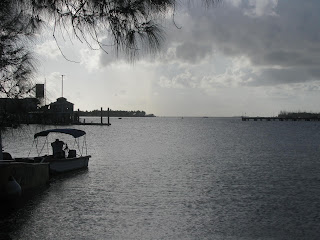 A hankering to go on a sunset sail has been building inside my head. I'm not sure why, perhaps it's just the fact that my own skiff has spent the summer on the trailer instead of at the dock behind our house. My wife's shoulder is healing nicely after her worker's comp (socialized medicine- wonderful! No insurance squabbles, no bills!) surgery and she is thinking of taking back her Vespa from me now that she is well enough to ride. 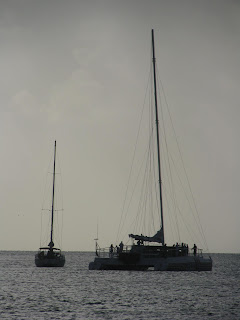 She isn't yet well enough to climb the ladder to get back into the boat after a swim so we have been forced to go swimming off the beach and I find I have missed being out on the water in my little boat. 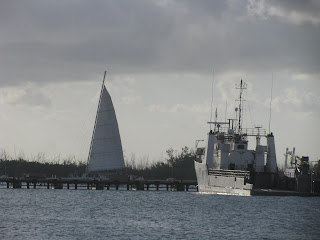 Finding myself on Trumbo Road of an afternoon while my wife was doing administrative things at the school district headquarters, I noticed the sunset tour boats taking off from Key West Bight. The sail in the picture above is passing the Coastguard base at Trumbo Point. Howard Trumbo was the man in charge of building a railroad terminal and ferry port where there had been water prior to 1911. The Over The Sea Railroad needed a terminal to connect to ferry boats to and from Havana and as no such place existed in Key West Henry Flagler told his engineers to build one, according to the indispensable The Streets of Key West by J Wills Burke. 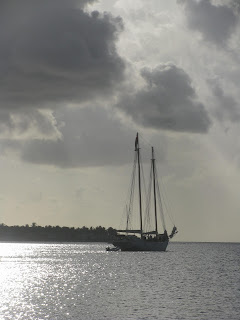 Wisteria Island, known locally as Christmas Tree Island thanks to all the casuarina trees on it, is a product of the harbor dredging over the years. It can be seen in the picture above. It's privately owned and so far unable to be developed. It is pretty much reserved as a dog walking area for people living at anchor around the island. There is talk of developing the island from time to time but unlike Sunset Key it has no utility services which makes everything more expensive. Some wags have suggested, rather sensibly in my opinion, turning it into a clothing optional park... 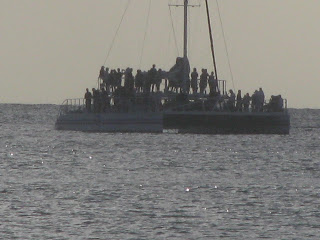 They call sunset charter boats like the one picture above "cattle boats" or more politely "head boats" because of the number of people they can cram onto them. I think the Fury catamarans can carry almost 150 people each, and they are extremely popular among the noisy younger set so they seem to do an excellent job with their loud music and on deck bar. 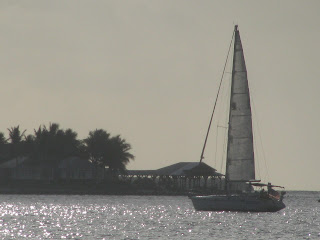 This private sail boat is heading out past the ferry dock on Sunset Key. This is the other spoil island in the harbor and used to be known as Tank Island thanks to the Navy fuel tanks built on it. The Navy never actually used the tanks but had water and electricity piped out to the island which made development easier when the city took back the island as part of the military Base Realignment and Closure (BRAC) period twenty years ago. Brilliantly the city managed to sell the island and the waterfront land to a hotel developer for all of eleven million dollars. 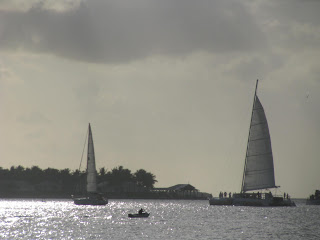 I have thought about a biplane ride too, flying over the island seems like it would be fun. I think it's $50 for two people for 15 minutes and something like $200 for half an hour, but don't quote me. 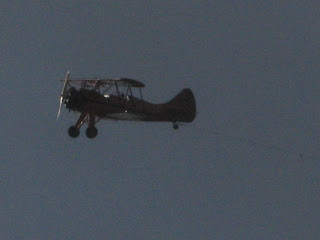 In between all the big boats and the crowds the little boats continue to run back and forth between the dinghy dock at Turtle Kraals and the boats at anchor: 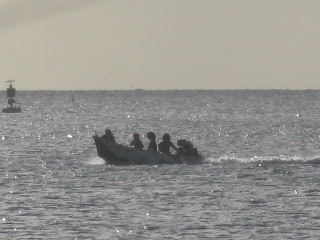 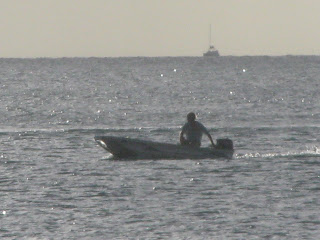 This is the Fort Myers ferry leaving Key West Bight and starting on it's three hour journey to the docks at Fort Myers Beach. 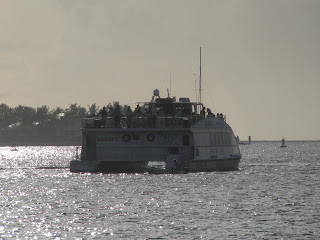 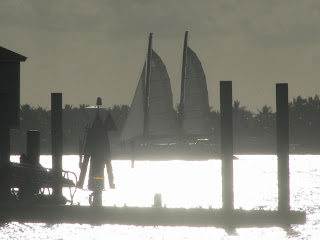 I was struck by how all my pictures seem to come out in black and white, all the color washed out by the intensity of September's setting sun: 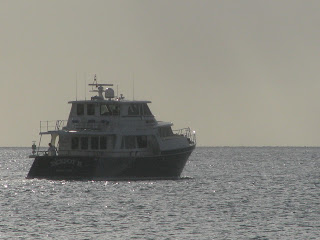 My wife was taking inordinately long so I rode round to the White Street Pier to get some pictures of the boats out on the water: 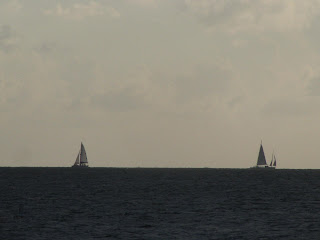 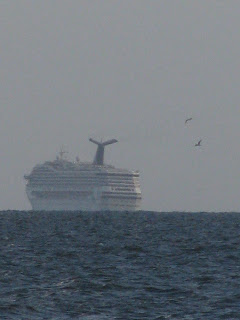 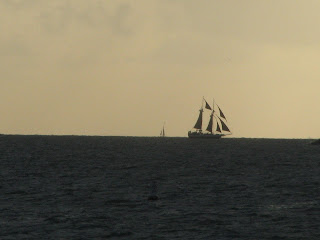 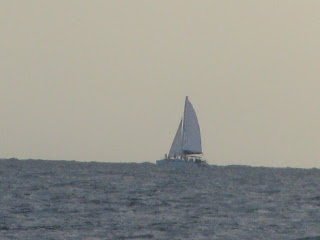 Before heading back to Key West Bight for a final shot of the day: 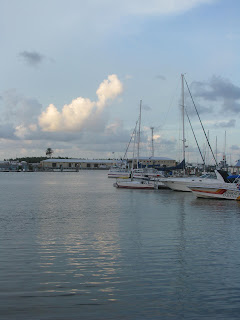 Now all I have to do is coordinate a day when my wife isn't working late and I am not working at all, to take the sunset cruise.