Rick Worth painted Wilhelmina Crossing the 7 Mile Bridge on the wall at Olivia Street and Simonton. Apparently he touched up the mural and added his dog who died a short while ago. My kind of artist. 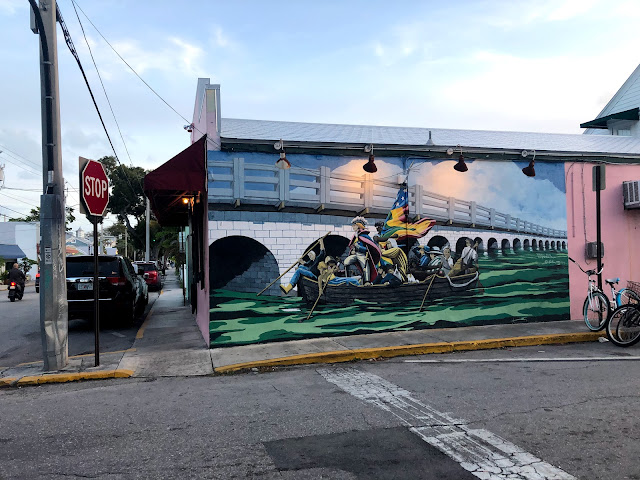 I came across something I hadn't previously noticed- what's wrong with me? Luckily I had my camera! 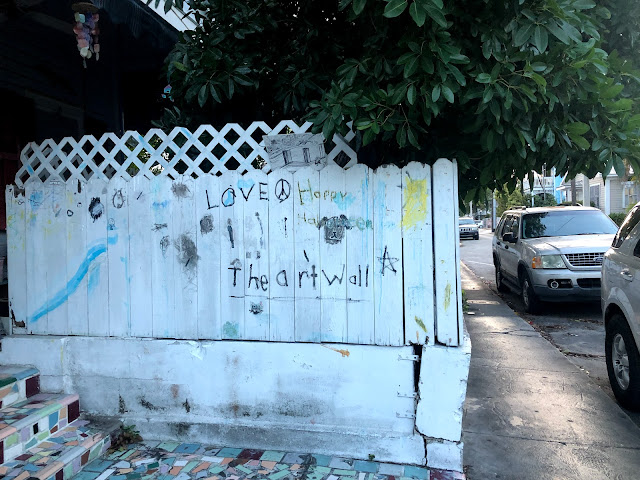 I first noticed the abandoned cup outside, which naturally was too awkward to carry empty to a trash can. Then  I saw the brand new cups lined up inside. Out came the phone again. 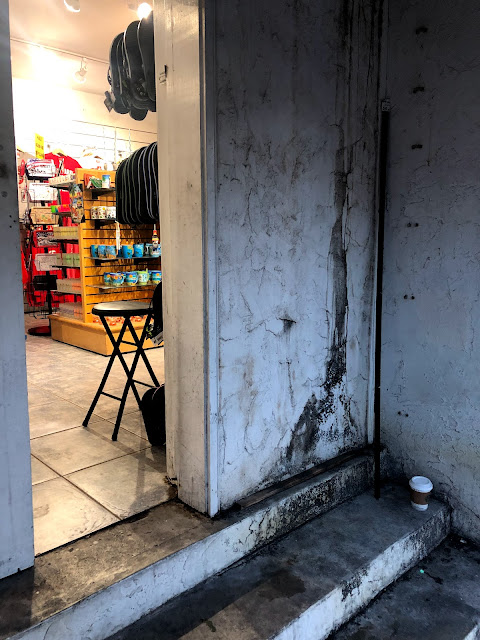 The moon was doing it's thing and after dark it made itself felt. I'm not sure why but the moon like sunsets and coconut palms attracts a lot of attention. There. Done. 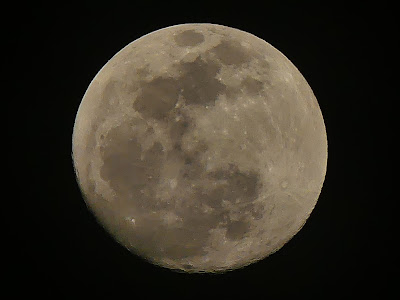 So then I figured I'd better put the disc in context. So I did that too. It's a bit like photographing the sunset. When I look at other people's pictures of Key West and the Keys they seem to inhabit a different world from me. Their's is a dollhouse of clean bright colors and manicured palms and mine is homeless people, grubby unpainted storefronts and stuff like that. I have no idea how to make a sunset different or interesting or how to make it tell a story. So I don't. 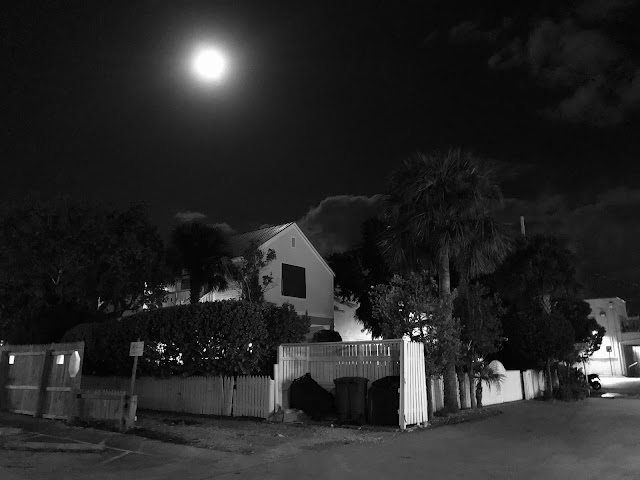 Yup there's the moon peeking through over the rooftops. I like my Key West, the funky off kilter one that most people don't see, or seek out, or cherish. 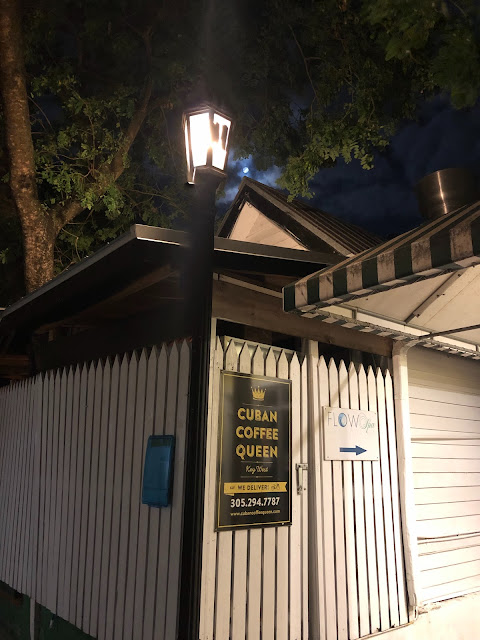