So there I was riding down the Boulevard on my Vespa, heading out of Key West when a car pulls alongside and shouts:"Have you tried Awesome Mary's? We've got to eat there..." And I see JW's bearded face grinning at me through his car window. I had just finished my exercise class, on an empty stomach and I had spent the last fifteen minutes of broga pretzeling myself (mildly) and wondering what I might have for lunch. Alone with my Vespa in the City; the possibilities were endless. 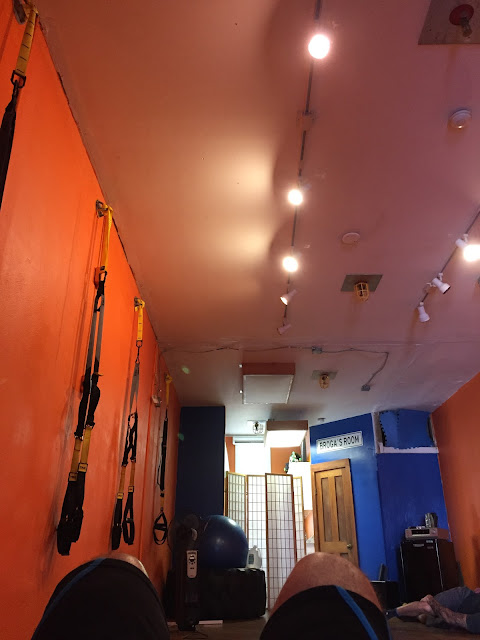 So I pulled over because as usual the "endless possibilities" had shrunk to me going home and having tea and oatmeal with Rusty and his chew for company and kindle for entertainment. When pulled over I typed "Awesome Mary key west restaurant" into my iPhone and the no-longer-net-neutral Google offered up a place by a slightly different name: Hoss and Mary's on Stock Island at Cow Key Marina. I proceeded thence with all deliberate speed. 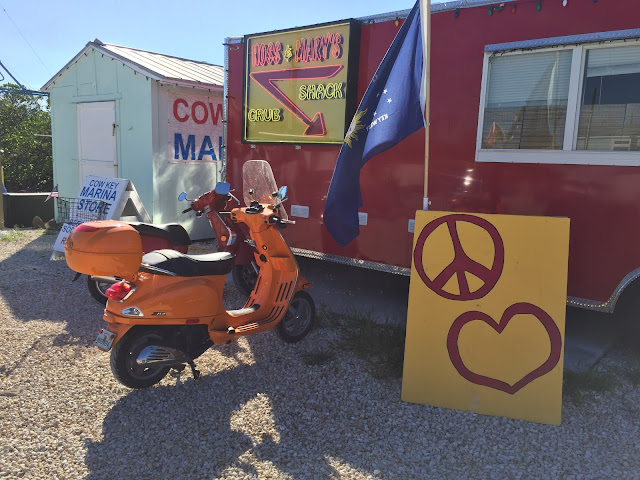 Apparently the food truck is a relatively new development for these purveyors of sandwiches and hot dogs. Since July the food truck has been parked here I believe, and from it they offer some unusual hamburgers let me tell you. The owners met in Key West lived here a while and tried surviving Maine winters. They remianed in Maine for eight years and apparently got a reputation for outlandish burgers scoring some interest by being on television too. So after promising themselves no food truck in their future: here they are, but not in the city of damnable regulation rather in Stock Island, in Monroe County across the bridge from the city that hates food trucks. 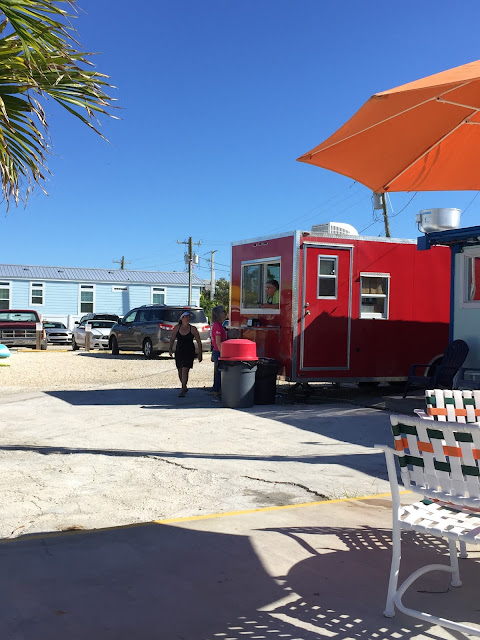 Check the link for the entire interview on a page called Eater Maine but I thought this paragraph might give you an idea:

Why the move to Key West?
We love the people, Maine has been good to us, but deep in our hearts we knew a change would be good. We wanted a lifestyle change.
For our personal lives, we wanted to be outside more. I love the Maine summer and the smell of the air, but when you're in a restaurant all day it's a moot point. as much as I love to snowboard, I can't get hurt in the winter, so we decided we really wanted to try to be successful in the place we met and love, swim and snorkel and enjoy the outside as well as work as hard as we've been working. 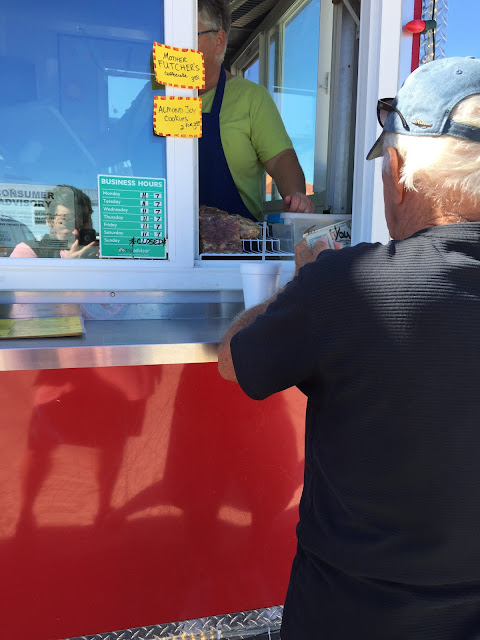 I wish them the best of luck with whole playing thing while working hard in Key West but it doesn't often work out like that in the real working lives of Key West. I had as  weird a burger as you can imagine (I thought) with fried chicken fingers on top of the patty. It had the extraordinary effect of making the burger crunchy but through the flavor of fried batter not like a french fry. It was an enormous meal and I undoubtedly needed another hour of broga at least to work some of this off so it can't possibly be a daily feed. In some ways the hardest part of the burger is admitting you can even like such a delicious monstrosity. But you can, believe me you can. 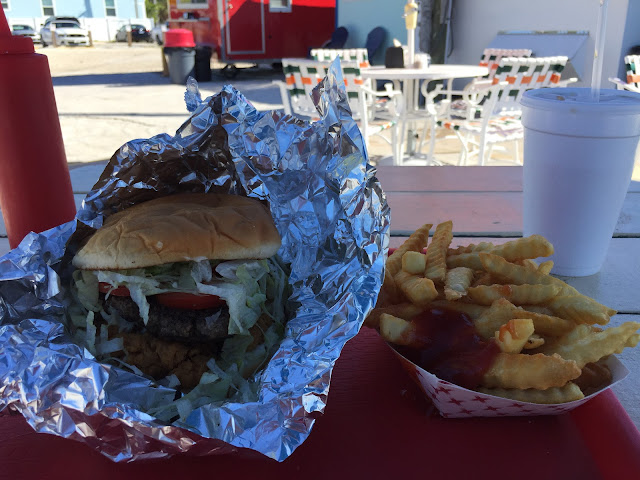 I was talking about it later with friends and one brought up a grilled shrimp burger he had had once which sounded even more odd. He assured me it was delicious. It was somebody else at the gathering, who told me Hoss and Mary's had started out in town as a delivery service, who suggested one sandwich between two people might make it more approachable. Brilliant! ( I did my best on my own): 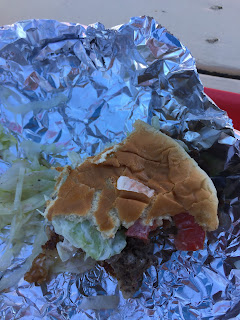 Outdoor seating in a marina setting, a lovely day and a chance to regroup from a sweaty exercise hour. It should be a daily event. It really should. On that note a final thought from the Eater Maine interview to give you an idea why you should try this place:
Since you've been in Maine, what's been you're most popular burger?
It hasn't been on the menu since day one but closer to year two — but that's got to be the East Meets West Burger. That is a cheeseburger topped with chicken fingers, crab rangoon, onion rings, BBQ sauce, mayonnaise, and jalapeño.
Posted by Conchscooter at 12:00 AM 2 comments: