Key West has always been a military kind of town. Even today though you hardly see any sailors in uniform on the streets there are seven bases. In the 19th century brick was the military building material of choice. In addition to Forts Jefferson and Taylor there are two coastal watchtowers in Key West. 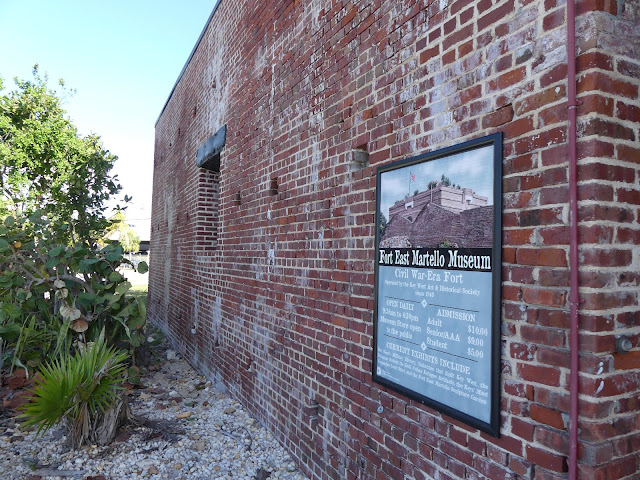 A man called Martello invented them in England where they are common enough along the south coast. Here in the US these are the only ones I have seen labelled Martello Towers. The West Martello Tower at Higgs beach houses the garden club and the brickwork is deteriorated as the Army used it (unbelievably!) as a target to exercise their gunnery skills. This one near the airport is pretty solid. 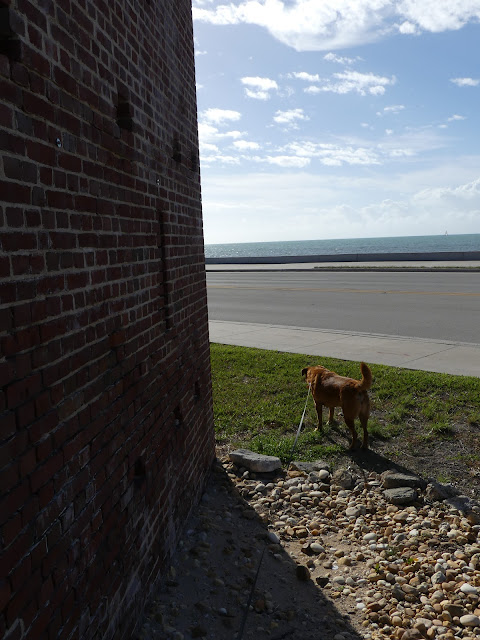 Rusty was bound and determined to walk round the tower and this is a dog not fond of traffic. He strutted off on the grass right next to South Roosevelt Boulevard and I tottered along behind. The tower is quite photogenic, let's face it, so I was not entirely unhappy with my dog's decision. 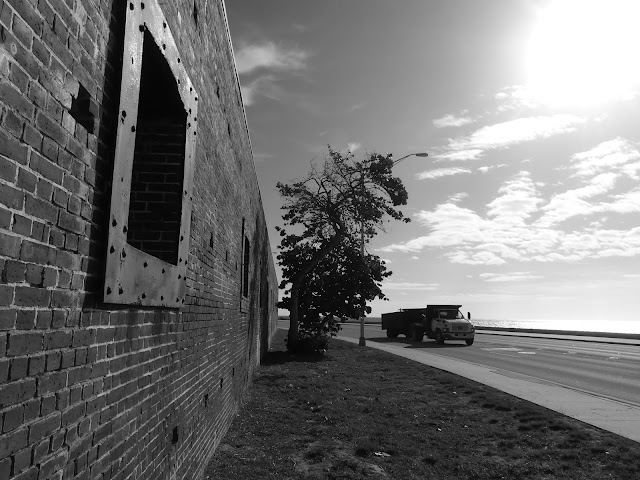 Even from ground level the view due south is quite pleasant. The roof of the tower is available to the public when the museum is open and that gives you an expanded view: 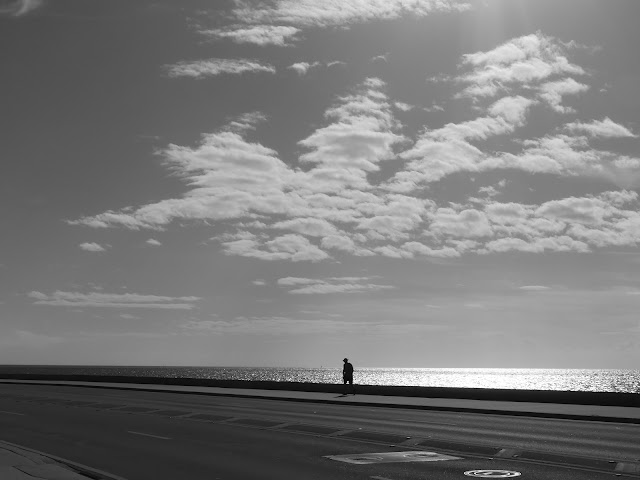 In the rear we butted up against modern reality of  the parking structure for the departure lounge. A trivia question you could win a bet on: What's the name of the lane that runs between the parking structure and the martello tower which allows traffic to turn back to the airport entrance without going out to South Roosevelt Boulevard? Why that would be Nancy Cherry Way. It's a street we dispatchers use to test new officers' geography. We send them to do an area check of Nancy Cherry Way and a few minutes later we get a frantic telephone call asking us where it is. No one knows. She was a dedicated city employee who got a street, albeit an obscure one, named for her. 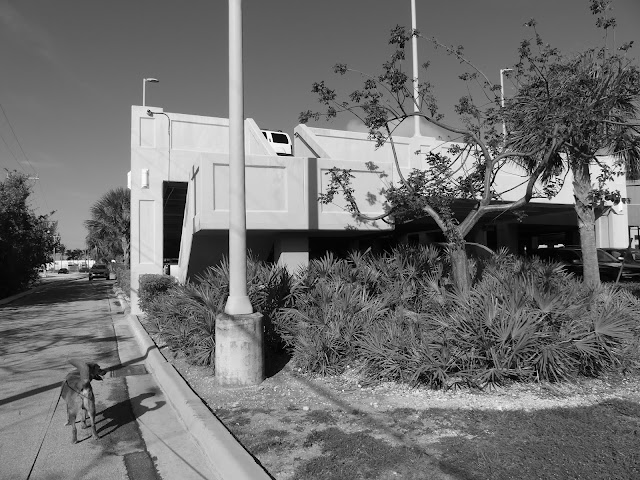 The tower is getting some work done  so one  hopes it will come back better than ever. 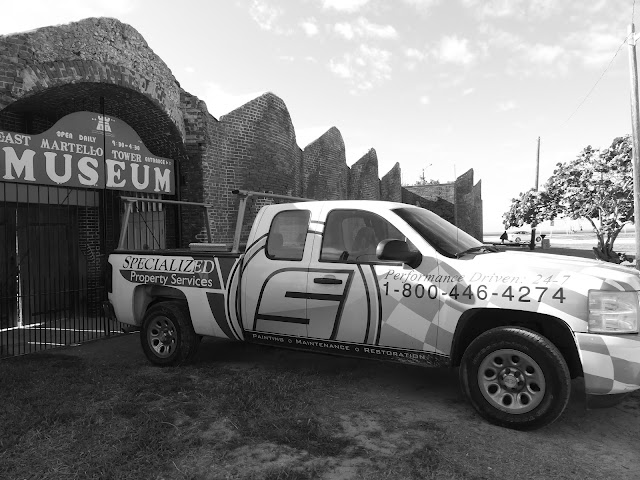 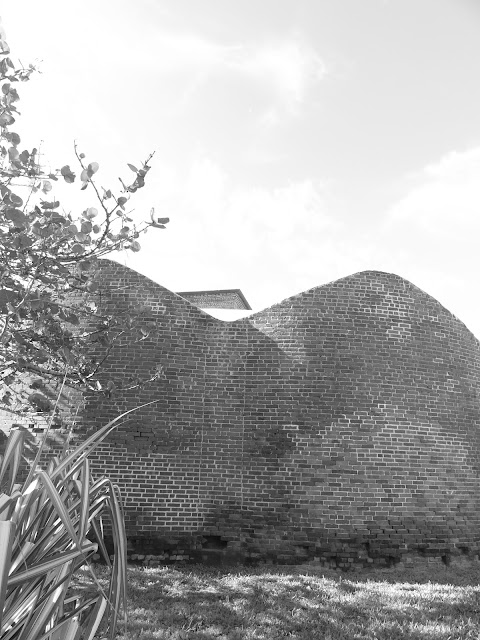