They hat as you age time goes by ever faster and there must be some truth in that. I can't believe it's mid August already and Fantasy Fest is barely two months away. On a walk with Rusty this weekend I saw a poster advertising the early rounds of fund raising for Fantasy Fest and that was when I realized it's closing in on us. 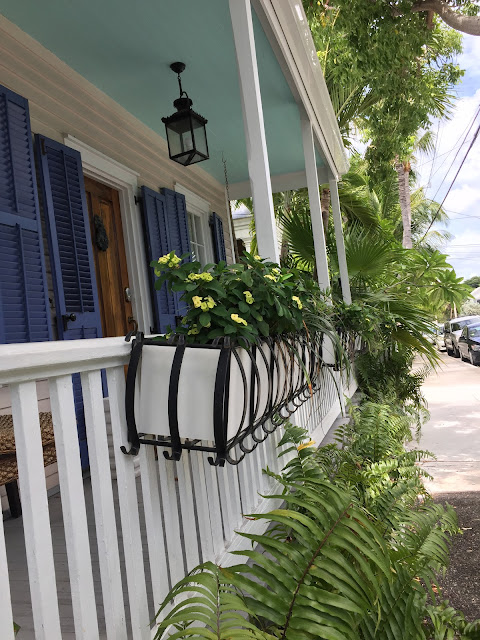 There is a new company running the event and there is some hope it can be less sleazy and more creative this year. It looked promising - the poster showed a Renaissance Fair type of event all costumed and so forth. Quite respectable in fact. I hope it works out. 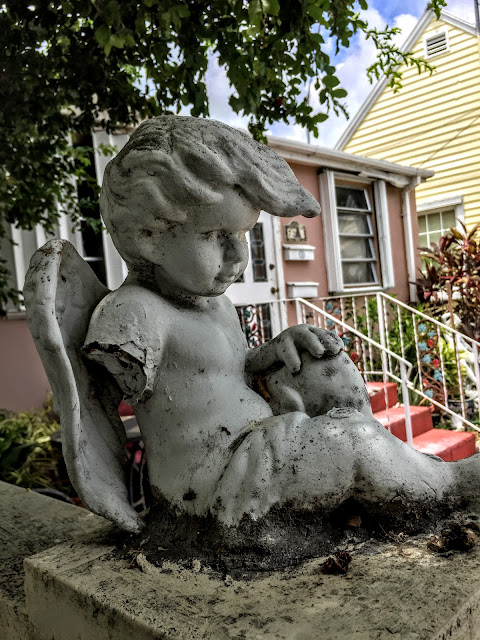 I don't notice people so much when I am out and about with my mind miles away, and I was thus surprised when a voice called out my name from a  passing scooter. I haven't seen William since I guess last year's locals' parade at Fantasy Fest. He used to be my neighbor in the marina when I lived on a boat. He is still hanging in through new owners and plans to convert their parking lot into condos, a plan that sounds absurd. This however is Key West and depriving tenants of parking is quite normal apparently. William says he has no plans to move. We exchanged views about the new hotels springing up on Stock Island, the lack of proper permitting, a future heavy with construction. 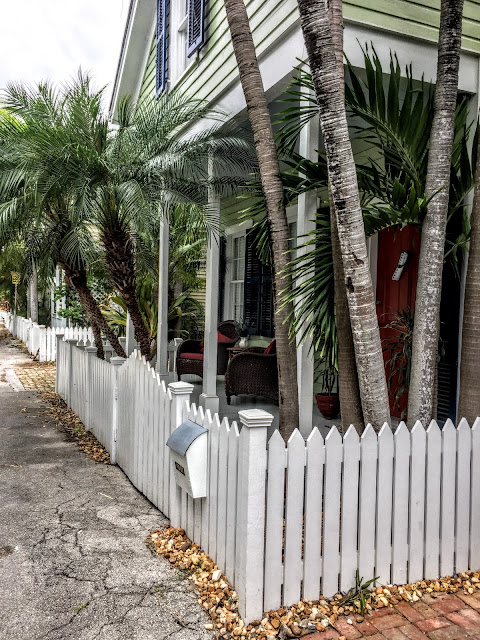 "I hate to say it," he said, but his thinking is there needs to be a major hurricane to clean everything up. In my experience when that happens the money moves in to fill he void and those with nothing end up with less than nothing and a one way ticket out of here. 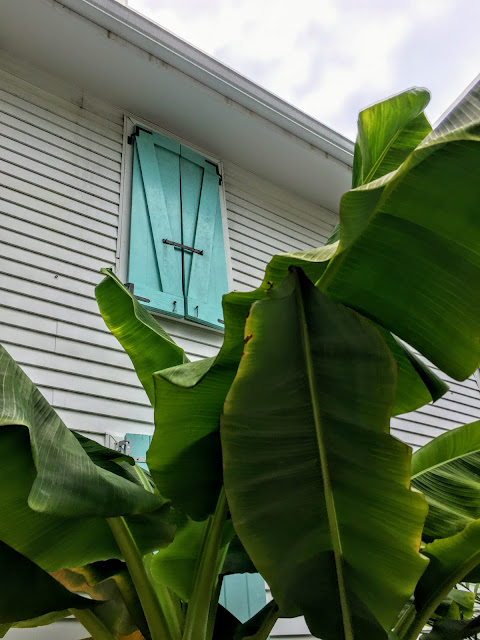 I am okay if we get through the next three months without a storm. Of all the stress that's one nobody really needs.But I understand and share his frustration. When I drive up the Keys I see clusters of people waiting for the bus, servants going home to their row houses on the mainland. That option won't be quite so easy to implement down here when Stock Island gets rid of the last of the cheap trailer housing. Right now the future looks like a bunch of dormitory housing in hotels and worker housing in clusters further up the road. 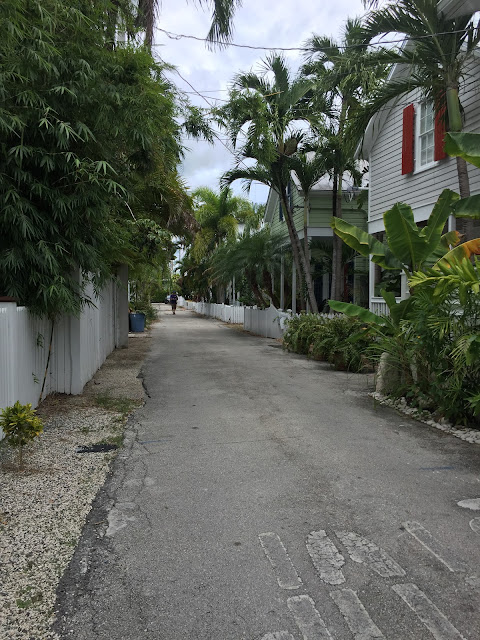 I enjoy my walks around town, and my photographs of what seems more and more like endangered living.
Posted by Conchscooter at 12:00 AM No comments: