I wonder if Rusty ponders the contrast between himself and the dogs he meets who are trapped behind fences. I doubt that he does but it is a question that provokes me once again to wish I could have a conversationwith him for an hour or so, about life and walks and the need to earn a living. 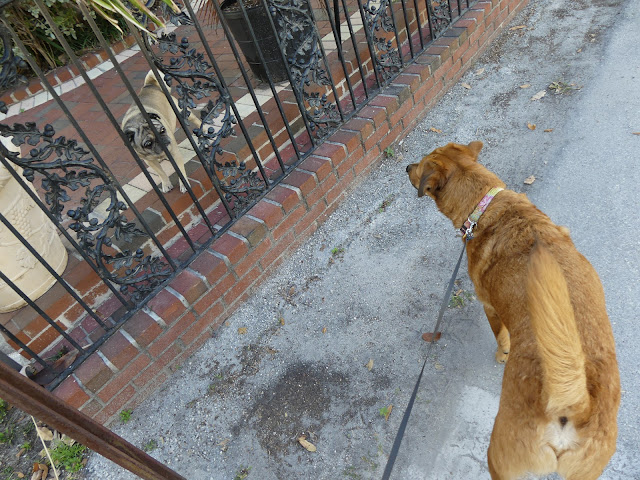 The thing that I enjoy about Bahama Village is that it's a tight community of mostly African Americans, still after all these years, and that their slice of Paradise was a cast off handed to them to keep them away from the Mallory Square hub of commerce. Nowadays Key West's black community ends up owning prime real estate and most of it isn't up for sale. There is a certain irony there. 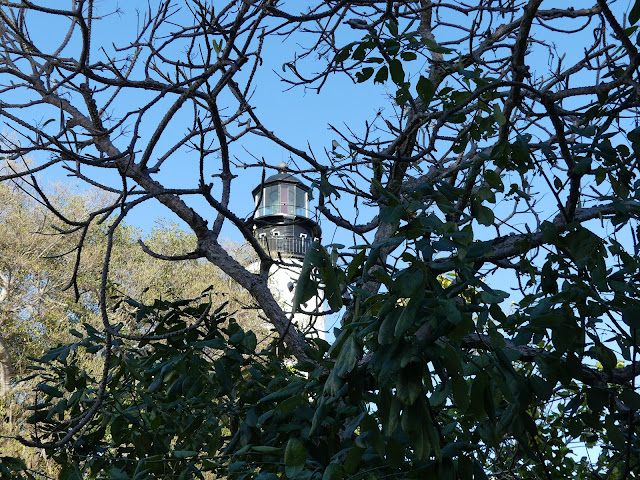 Bahama Village  today is on prime land close to the water and close to the revered Duval Street attractions. It wasn't always that way because originally Key West was a smaller city centered on the corner that faced the water at Mallory Square which was the working harbor and thus valuable real estate. The cast off land designated for the black community was on the other side of the island, which as the city has spread has come to be in the center of things. 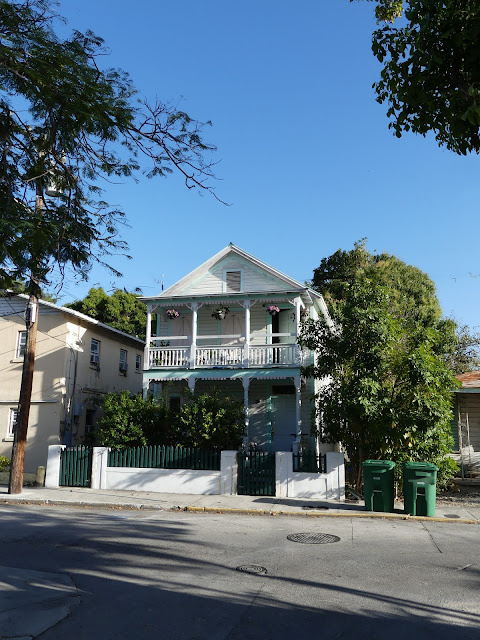 The great exodus from Old Town only took place in the white side of town when the Navy pulled out in the 1960s and commerce collapsed. A few people tried to buy up sections of boarded up Duval Street and they are leading lights of commerce in the city today now that their desperate rear guard action has paid off. The African American part of town never sold up and left for New Town when the gay community saw an opportunity to develop a gay-friendly destination in the 70s. 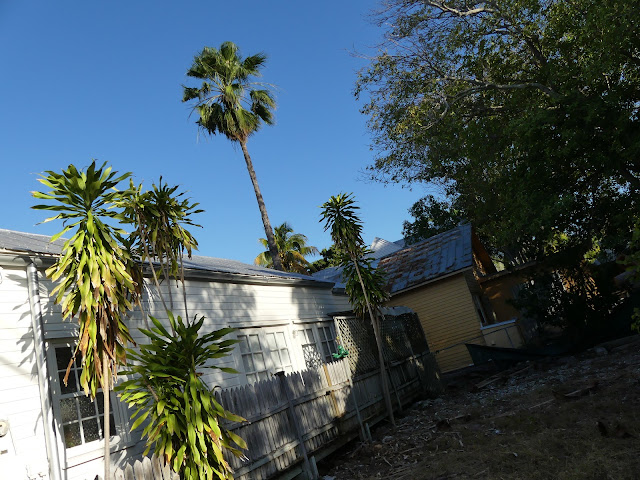 As a result one of the most picturesque parts of unreconstructed Old Town is Bahama Village, and there are still some few people who think it is dangerous to wander Bahama Village. It's nonsense and you will find clumps of tourists wandering here as much as anywhere admiring the architecture, some of it dilapidated in a way that actually looks attractive. 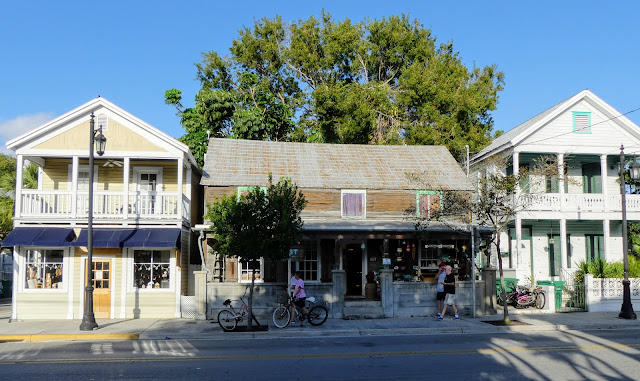 If you choose to wander The Village as it's known there are all sorts of little details on view here as much as anywhere in Key West. 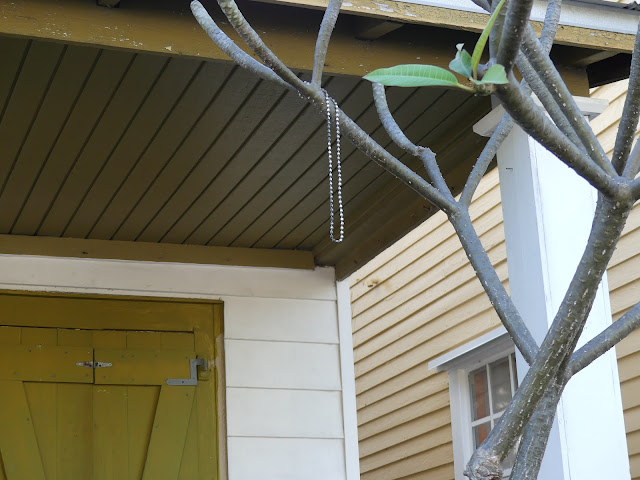 Afternoon sunlight making shadows on a  wall on Terry Lane: 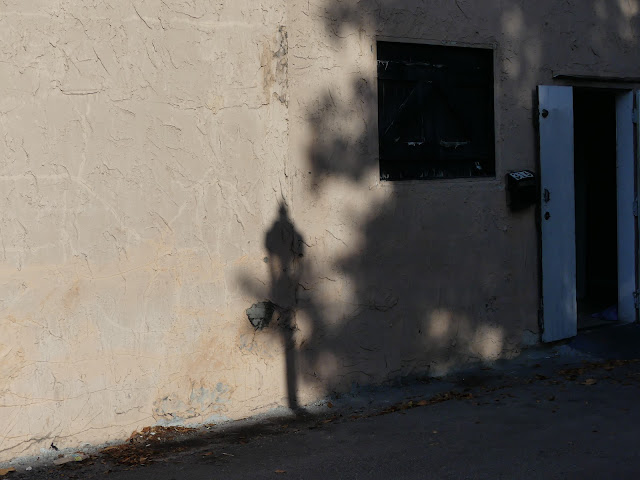 Ground has been broken on the amphitheater on Truman Waterfront and some people think concerts will flood the neighborhood with traffic coming and going with loud music keeping people awake across the neighborhood. 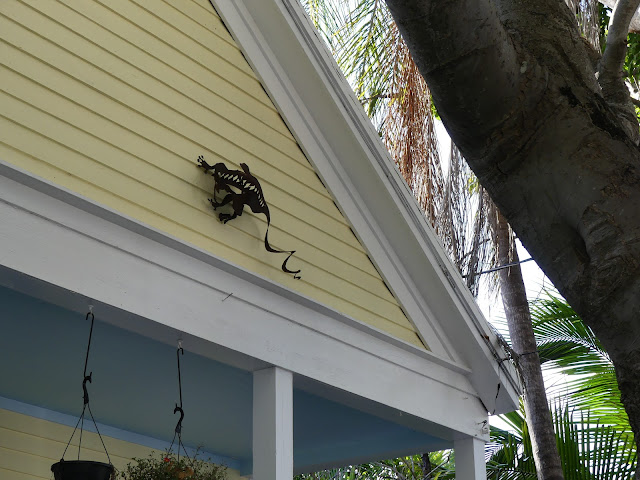 I doubt any of it will change the essential nature of Bahama Village. The African American community is solidly entrenched despite all inconvenience.
Posted by Conchscooter at 12:00 AM No comments: