From the 2009 Holiday Parade this picture, to remind me of one of my favorite parades in Key West: 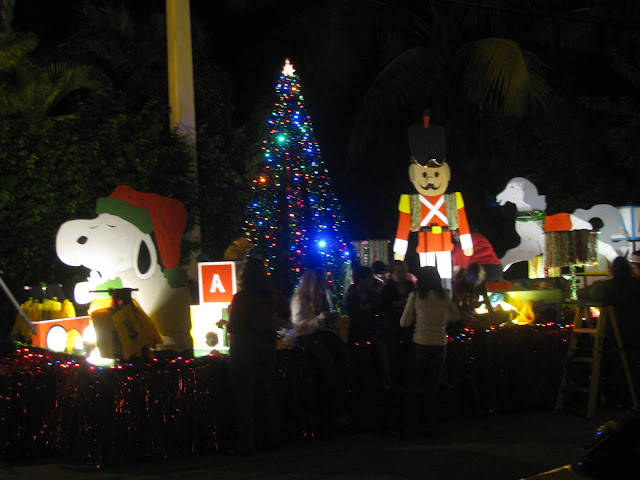 The holiday parade is a reminder that some corners of Key West actually represents a small town where real people live out lives that involve normal stuff.  I am  child free so most of that  Key West stuff passes me by but I do enjoy the Christmas parade and it's  cheerful selection of floats  put on by utility companies, local businesses, schools car clubs and so forth. This year  a friend who participated said it was one of the biggest and best organized he's seen  so I feel extra good about having to miss it!

Naturally I have worked the past several years the night of the parade so perhaps I tell myself it isn't as much fun as I remember. No actually it probably is and I used to consider the thrown tootsie rolls as a bonus.
Like every other employer in the Lower Keys these days we are short staffed so overtime is abundant and free time isn't. But the parade was bad timing this year. For me.
Posted by Conchscooter at 12:00 AM No comments: