I was quite surprised at the amount of vehicular traffic on Truyman Avenue at four thirty in the morning. Rusty stuck to the sidewalk as we walked toward Duval but I really wanted to get away from the main drag. It was just too busy. Looking toward Truman on William Street, this is the light right next to St Mary's Minor Basilica. 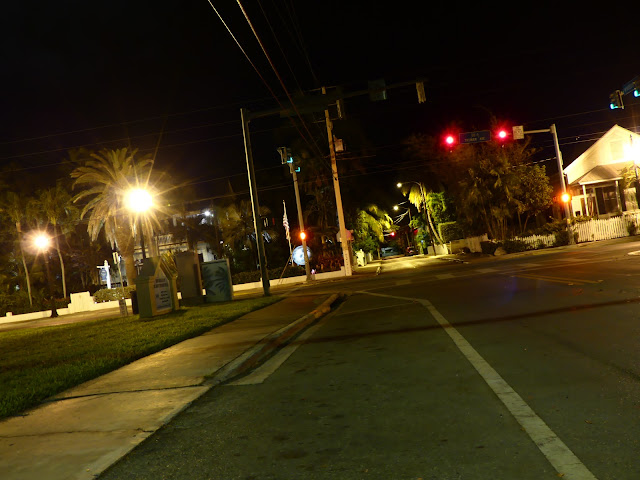 I wanted to haul my tripod along but honestly I can hardly keep with Rusty as it is, so stopping to assemble the tripod and set long languid exposures is just out of the question. And going for a walk without Rusty is absurd...so we do what we can. 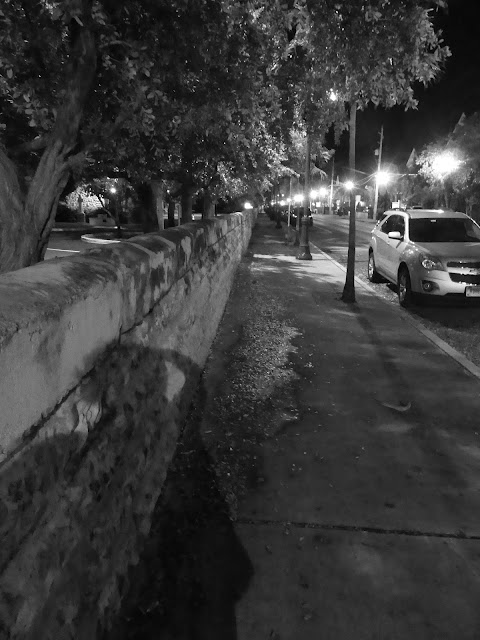 If I weren't with Rusty I'd have an opportunity for some mediation in the adoration chapel at St Mary's open twenty four hours a day. 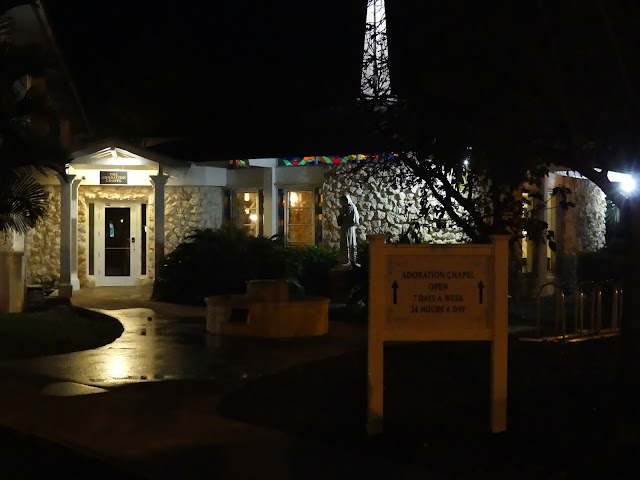 I think too much, I know, but I saw an African mission among the trees, not one of the earliest Catholic churches in South Florida... It's been warming up a bit and it feels much more like summer now so thinking equatorial isn't as odd as it may look! 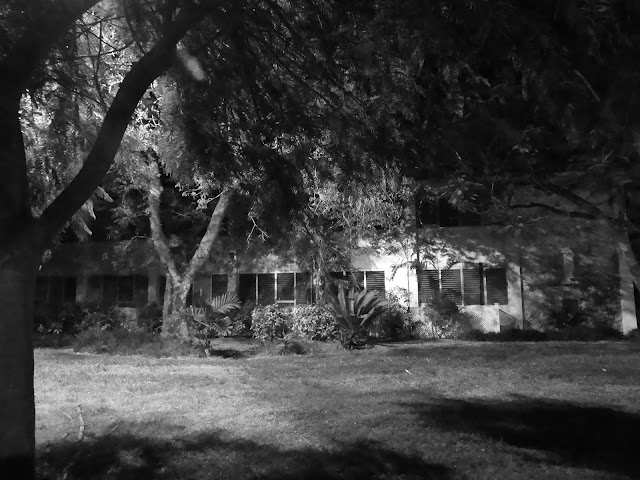 Rusty found Windsor Lane to be fascinating but after about an hour my pelvis starts to ache quite a lot so I tend to watch from afar and as we were effectively on a side street we were left to ourselves. 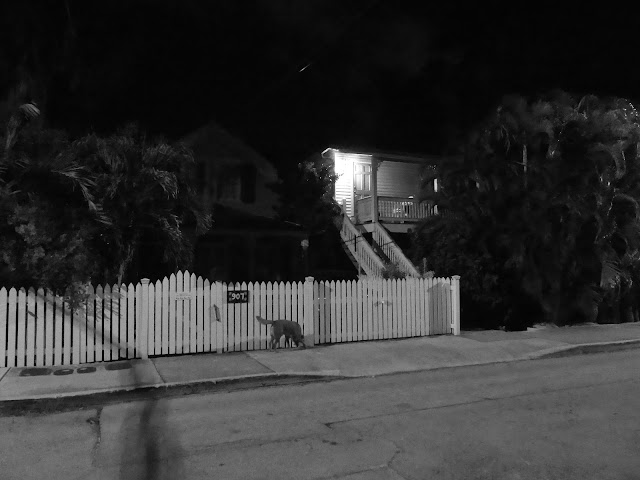 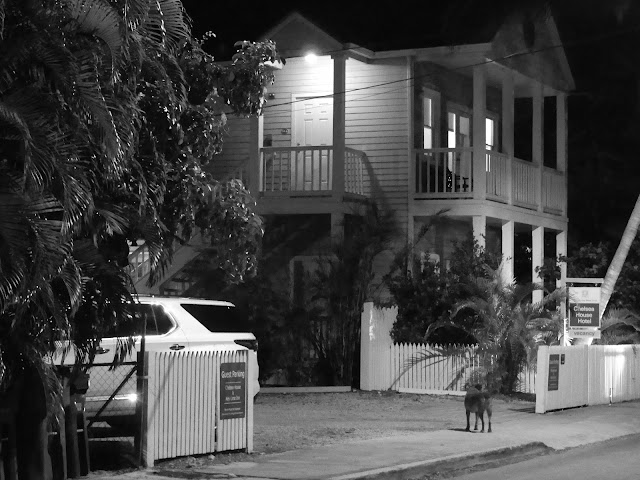 We walked through Bill Butler Park and for some reason Rusty found one side of the pocket park scary and he crept along all alert and worried. No ghosts popped out, so all was well. When we are out in the wilderness I pay much closer attention as I'm never sure what he might have noticed lurking in the scrub. But I figured alligators boa constrictors or panthers were unlikely in the environs of Bill Butler Park and in the end my lack of caution was proved correct and we came through unscathed. 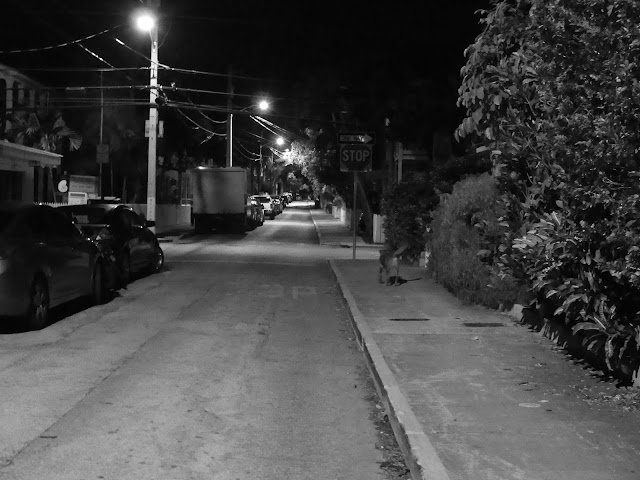 A  quick burst of the much disliked flash and I got a nice  shot of a Traveler Palm, so called because ostensibly it has drinking water stored in it's  stems. From what I've read the liquid in the palm is black and dirty and tastes foul so I suppose it could save your life but there should be a better way to get  a drink in extremis. Most of the time I don't use the flash as the light is rather harsh and uncompromising and havinga  remote flash is as time consuming as a tripod and equally unfriendly to the needs of my dog. Would you believe it? 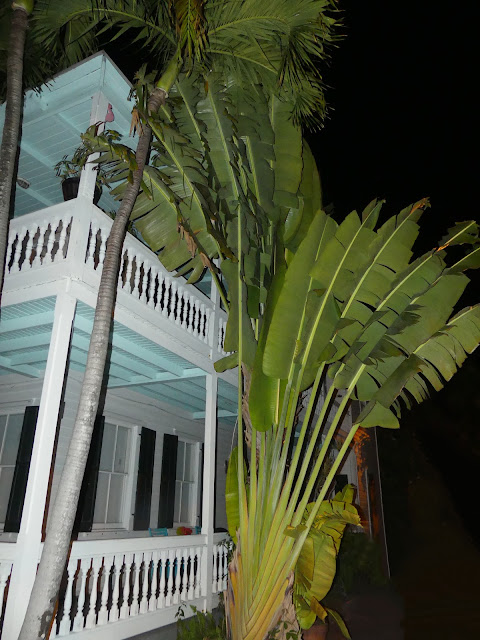 Elizabeth Street and the chapel can never photograph too often: 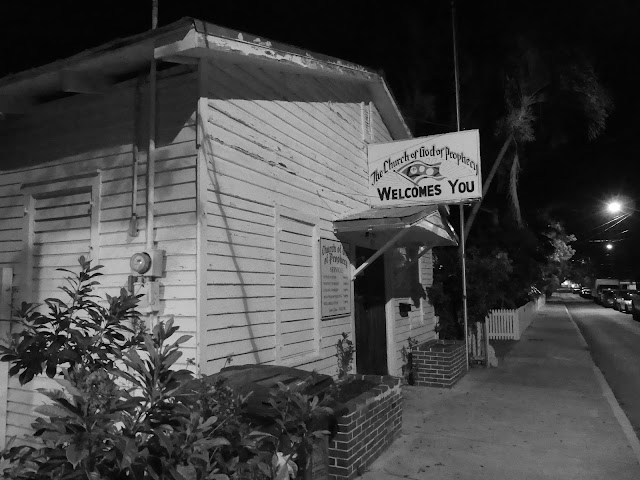 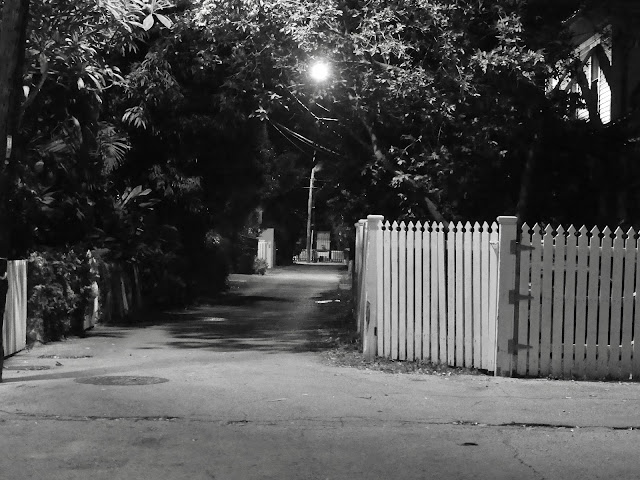 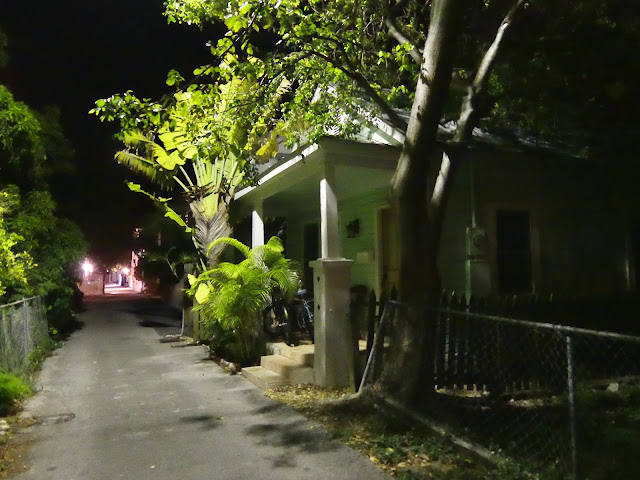 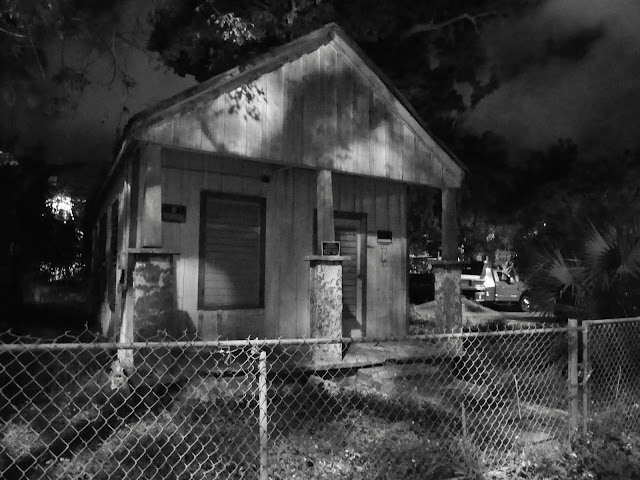 Elizabeth Street looking down the hill, as it were, toward Truman Avenue: 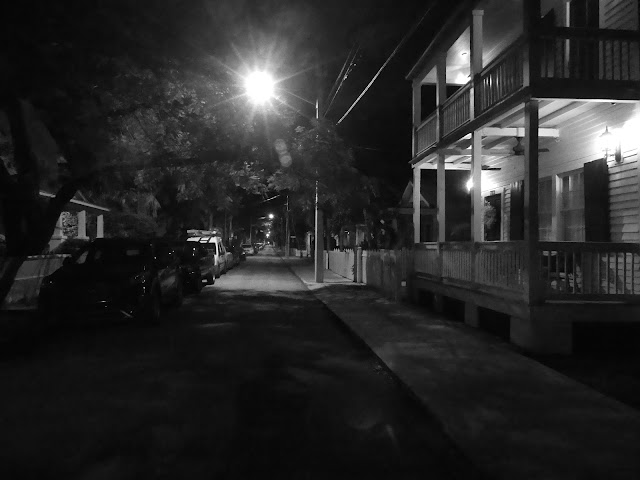 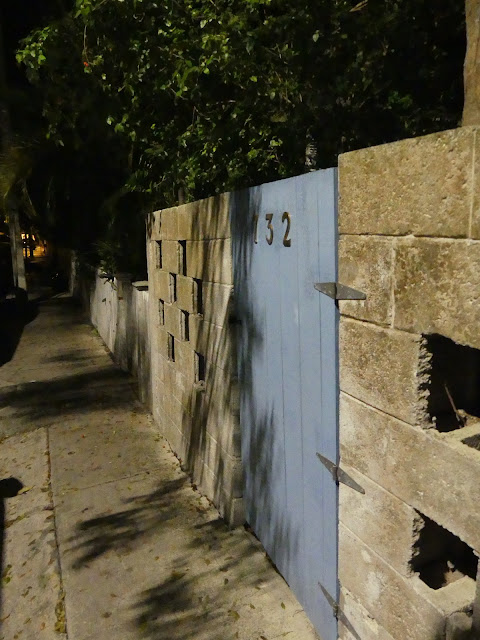 And now for something completely different: Higgs Park where we went later as Rusty was still showing signs of being energetic. We walked in a  circle round the park and I listened to a BBC Radio documentary about Errol Flynn's involvement in the Cuban Revolution - who knew?- while Rusty trotted ahead, nose down. 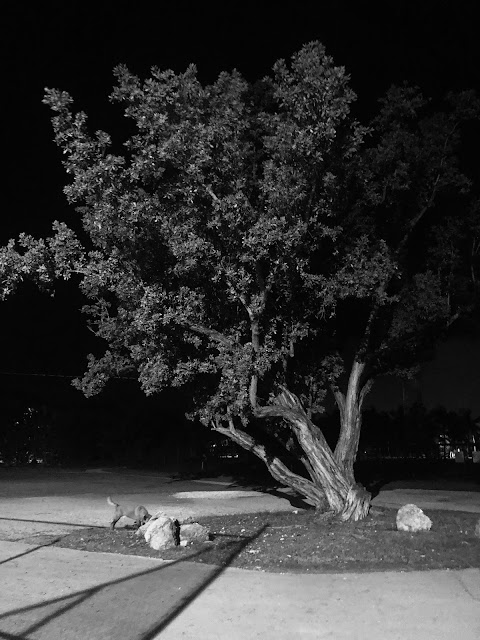 And so home to bed early on a Friday morning, with no prospect of work till Saturday evening.
Posted by Conchscooter at 12:00 AM 1 comment: