The African Cemetery at Higgs Beach, marking the approximate location of hundreds of slaves who died here awaiting an outcome after they were intercepted at sea and forcibly landed in Key West. Hundreds died, some made it back to Africa, though not their homes. The sole Federal official in Key West, the post master as it happens, was never reimbursed for taking care of them, which act of meanness epitomizes, it seems to me, the total absence of  empathy for the "least among us" in distant 1860. 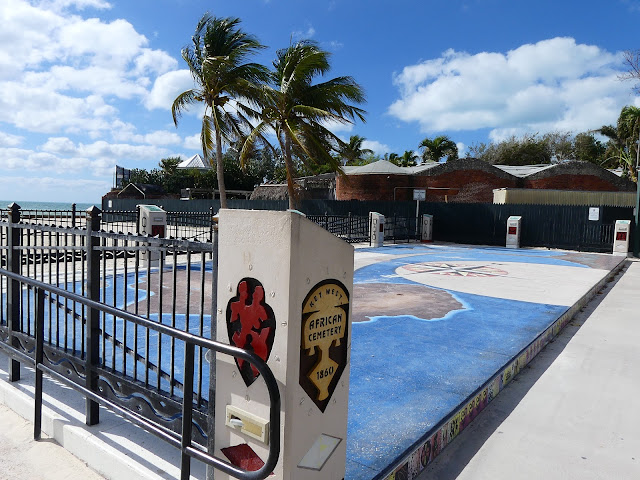 Across the street from the cemetery is an outdoor exhibit featuring the work of photographer Kay Chernush, who has illustrated the little understood business of human trafficking. 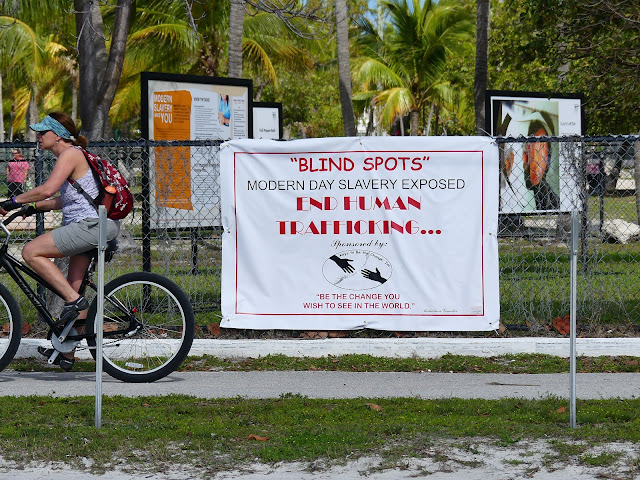 I took a number of pictures and post them here for you to peruse. Better to see them in person as they are on show at Higgs Park through the end of February, Black History Month. 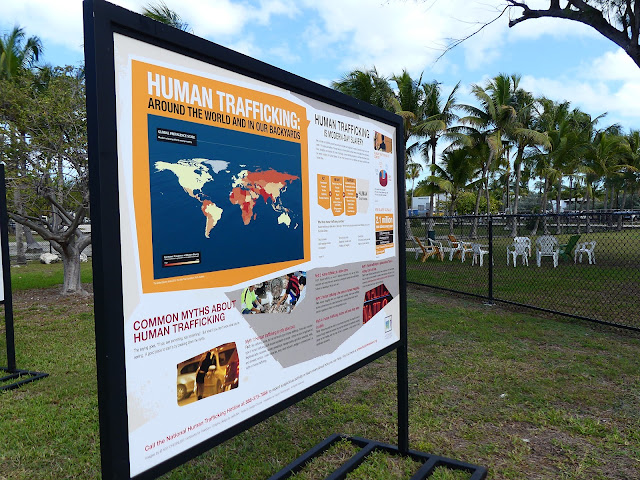 The panels are wordy and descriptive and I think the best I can do is let the photos speak for themselves, in the hope you will be able to enlarge them such that you can read the appalling stories here depicted. 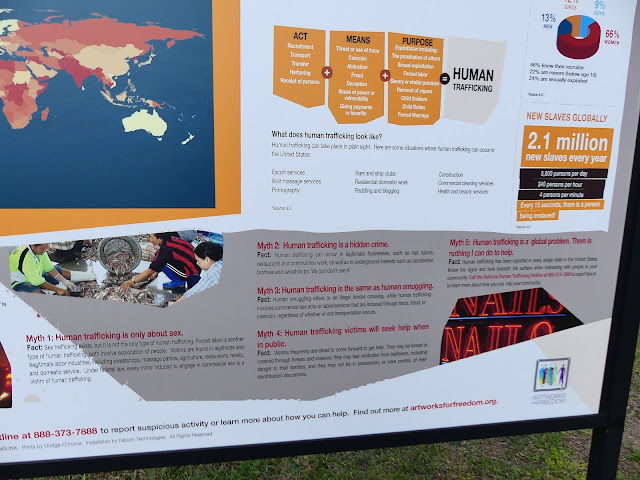 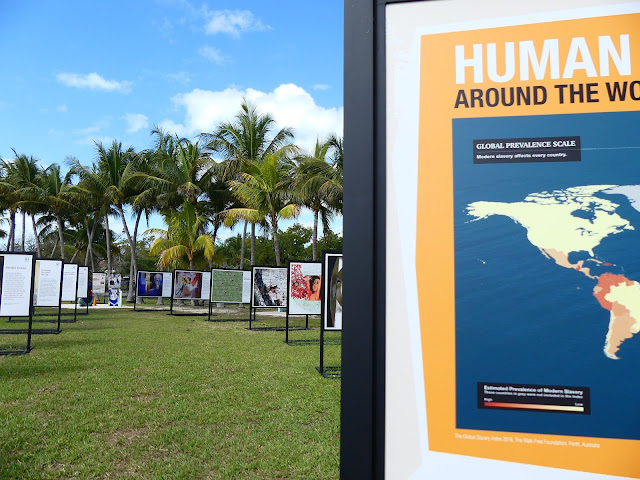 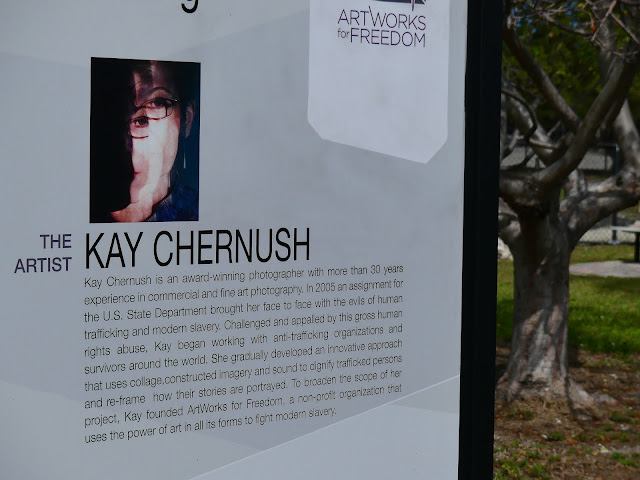 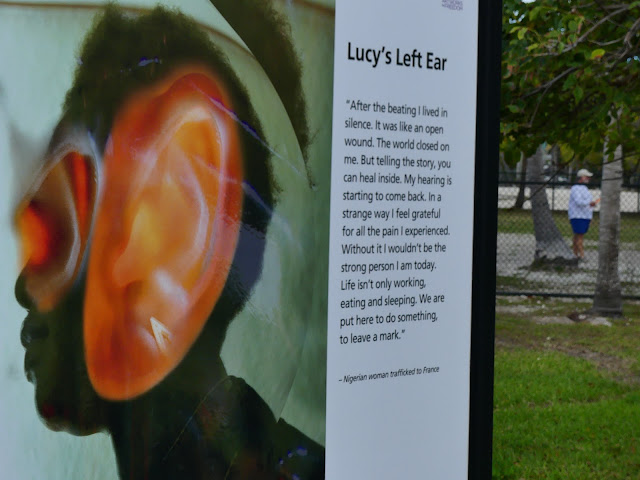 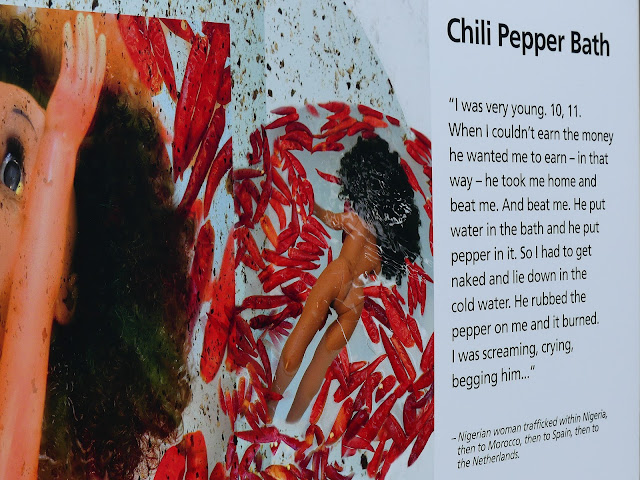 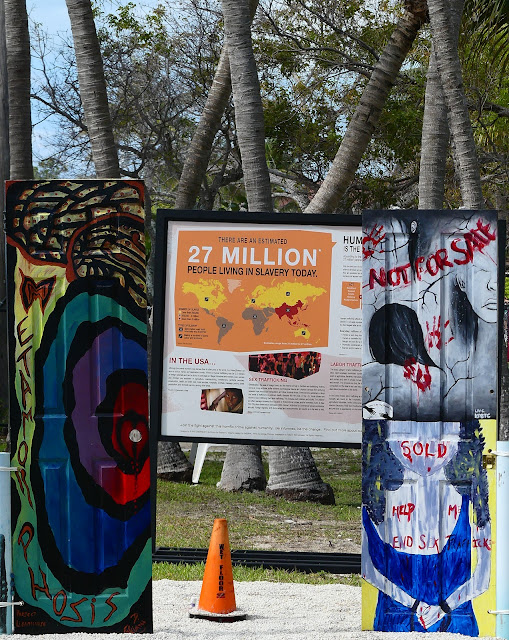 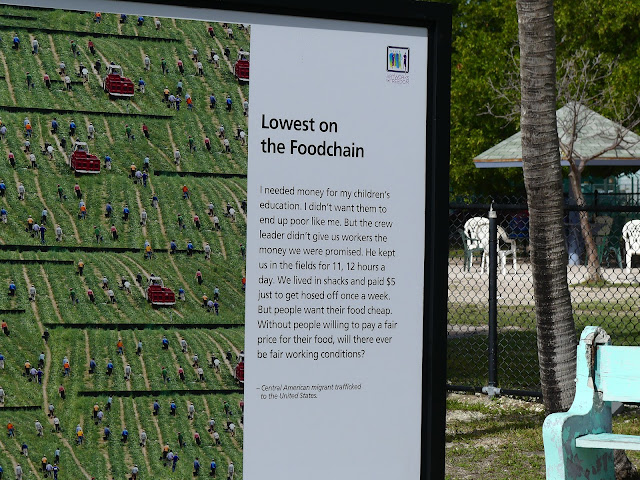 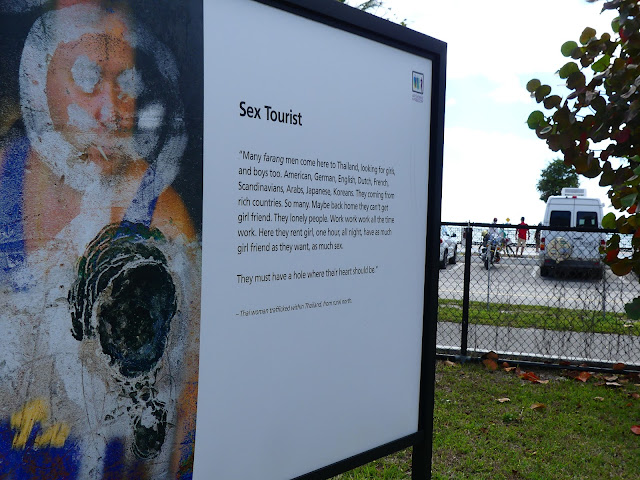 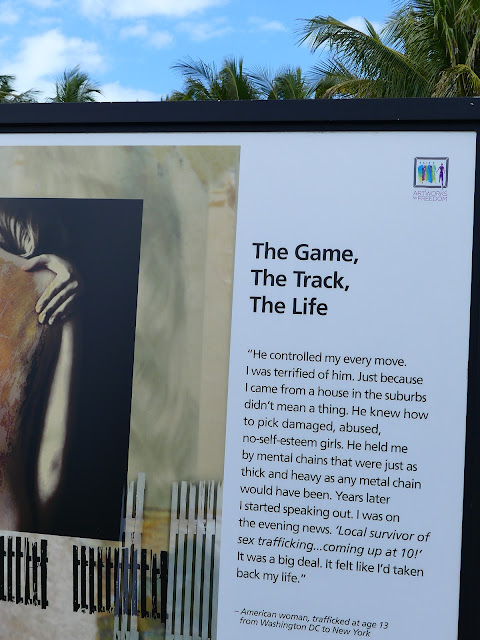 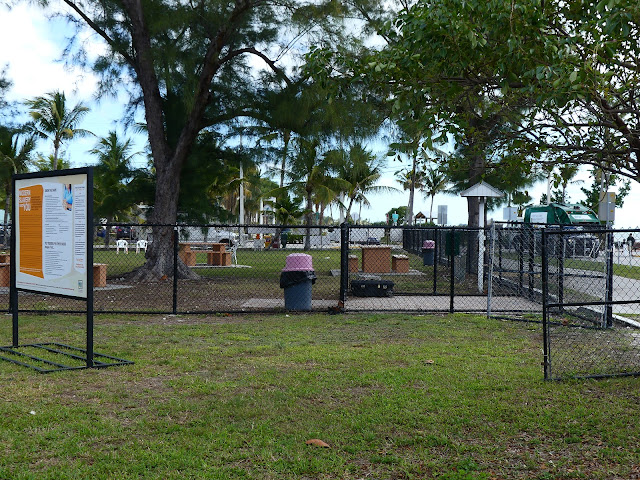 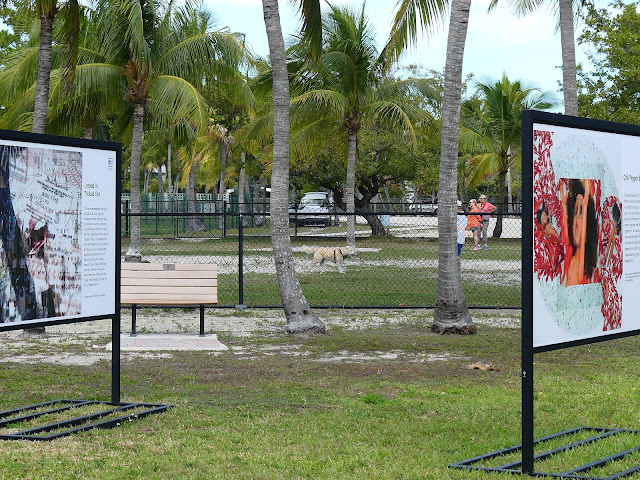 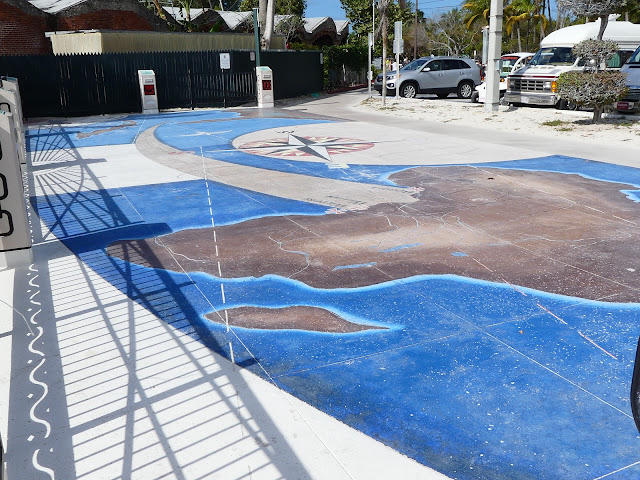