Cheyenne is patiently waiting out summer heat and humidity, refusing to spend much time outdoors between sunrise and sunset. So when I offered her an early evening walk I wasn't surprised when she refused to follow me out of the door. However a couple  of hours later she came to me on the deck and stuck her snout between me and the Smithsonian (Preserving Pompeii) and told me in no uncertain terms she was ready to face the outside world, despite the persistent humidity and lingering heat. Just as well she wanted to go. I planned to take her to the ramp at the end of Blimp Road, one of her current favorite walks, but I stopped halfway at a break in the mangroves and watched the spectacle until my unpredictable dog got bored and steered me back to the car. All pictures using the hand held iPhone with Camera+ app, unretouched and taken more or  less in a 360 degree circle. 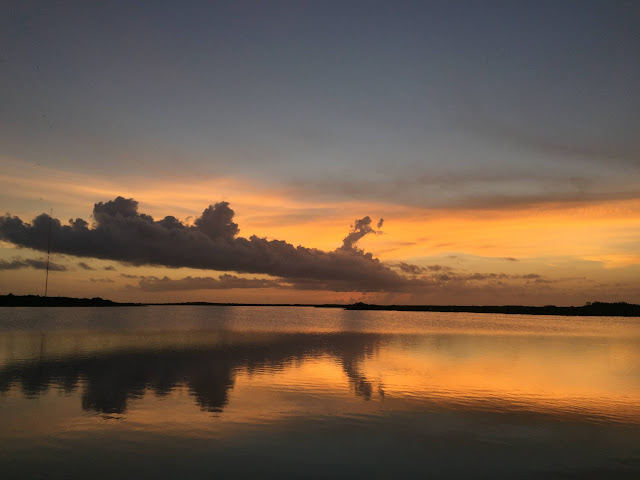 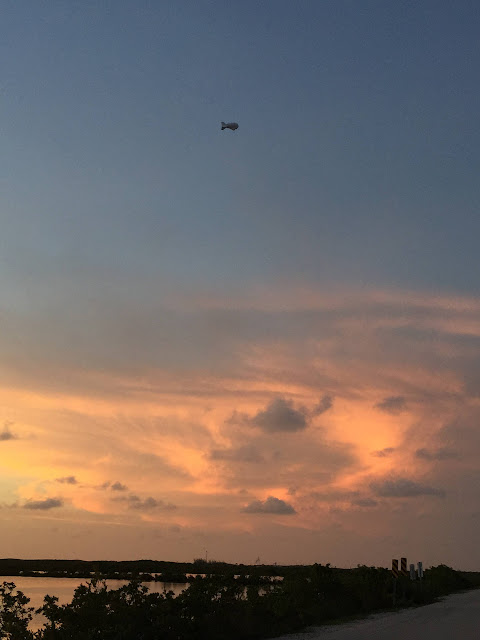 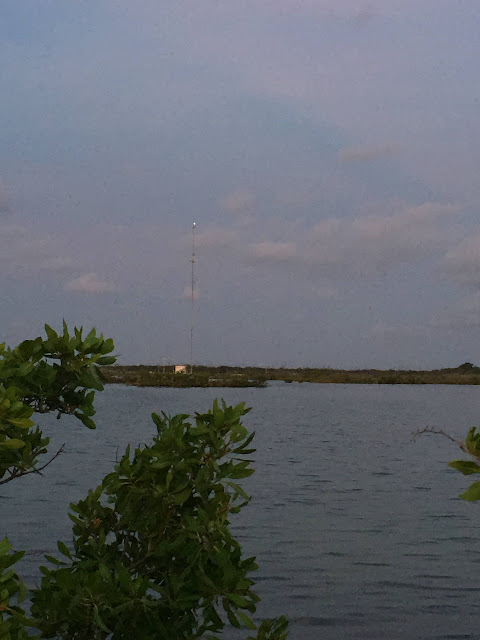 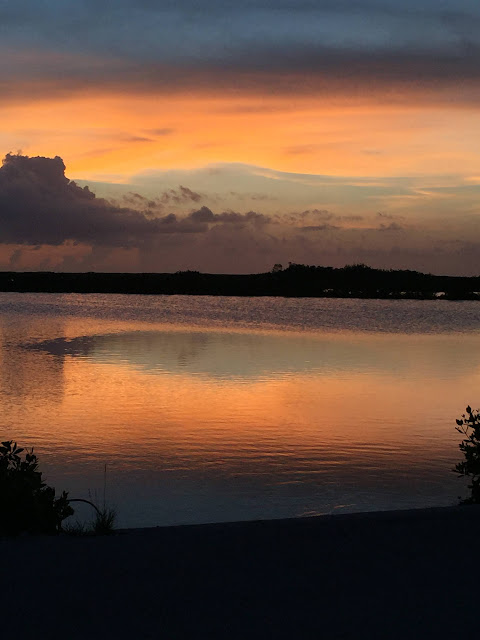 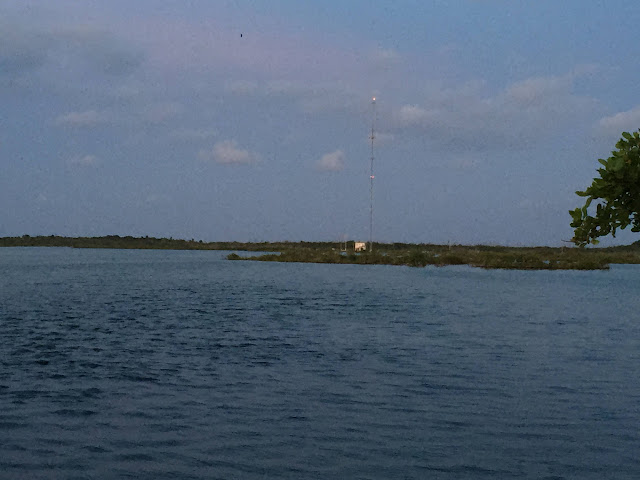 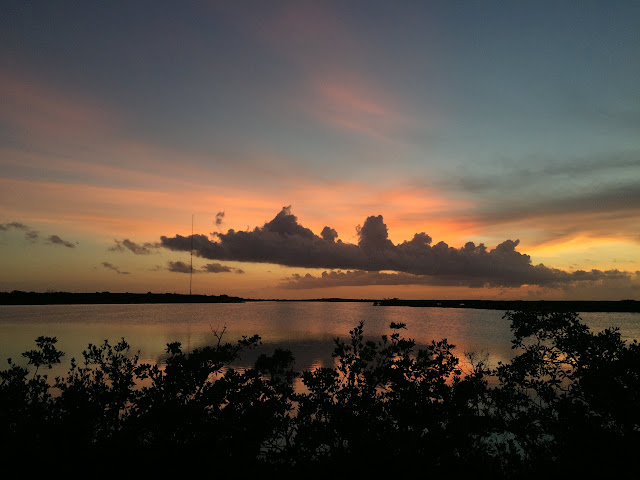 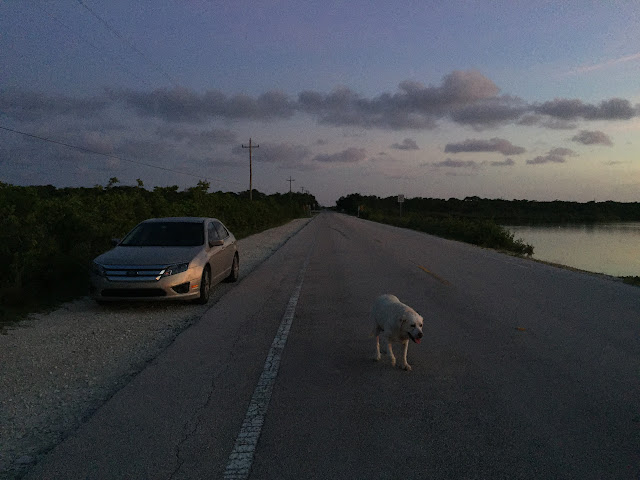 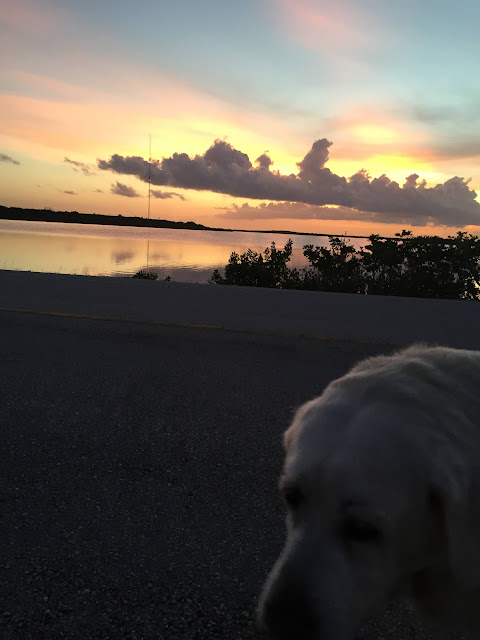 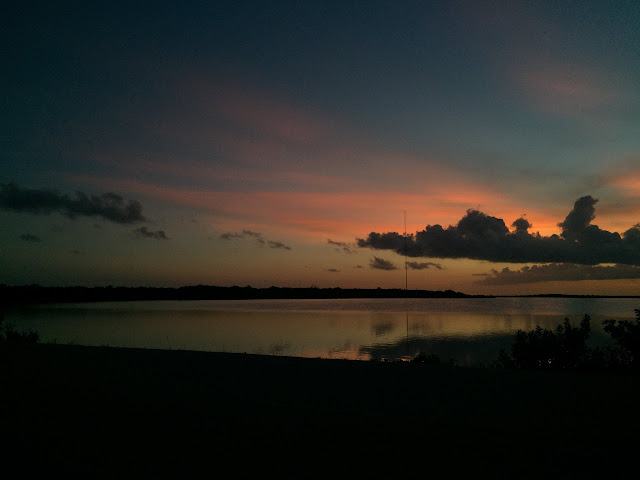