With the boat  engine fixed and Robert's 30 year old Evinrude running smoothly we decided we needed an adventure. Tuesday we said we would take a picnic to the back country and spend a late afternoon boating and swimming and barbecuing in the wilderness north of Highway One. Good plan, but as the wise old timers used to say: "Man proposes and God disposes." 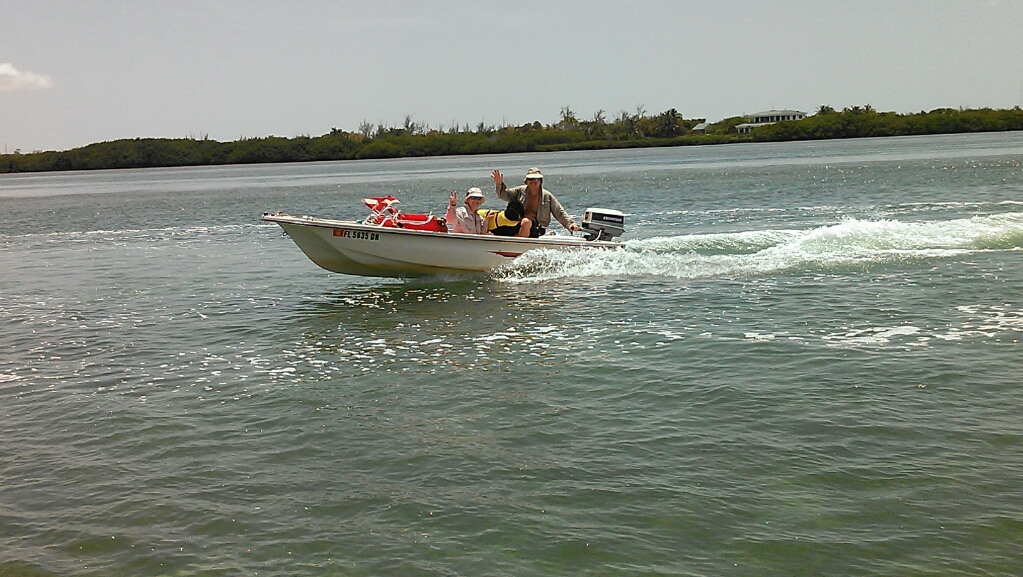 At first all went well, with Cheyenne tucked up at home in the cool of our house we took off for Robert and Dolly's place on the other side of Cudjoe Bay. Dolly and my wife had settled on food and drink (the pink job) and off we took, loaded for bear. Soon we were skimming across the water at 20 miles per hour. 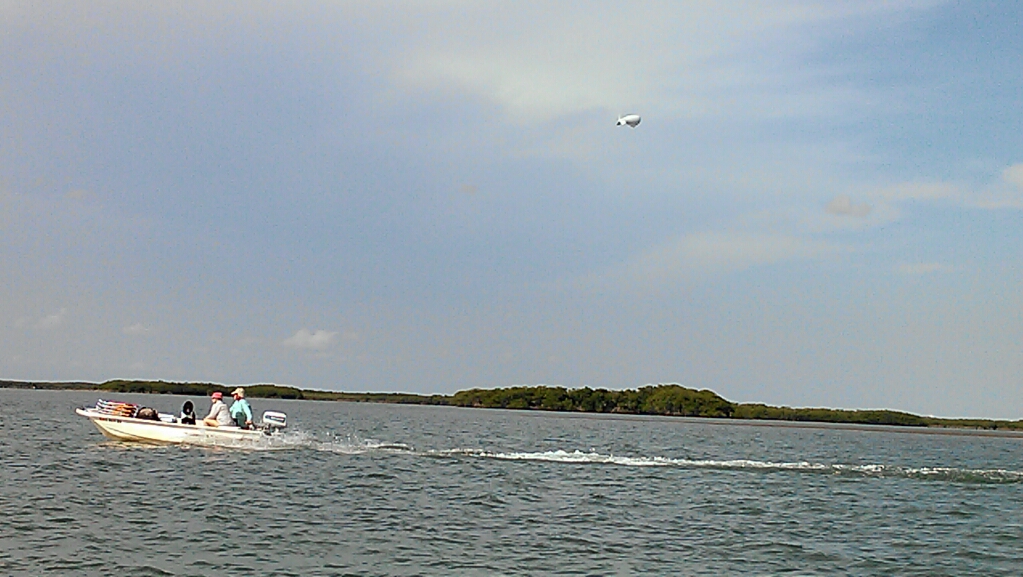 It had seemed possibly windy and thunderstormy but by five in the evening the back country looked magnificent. 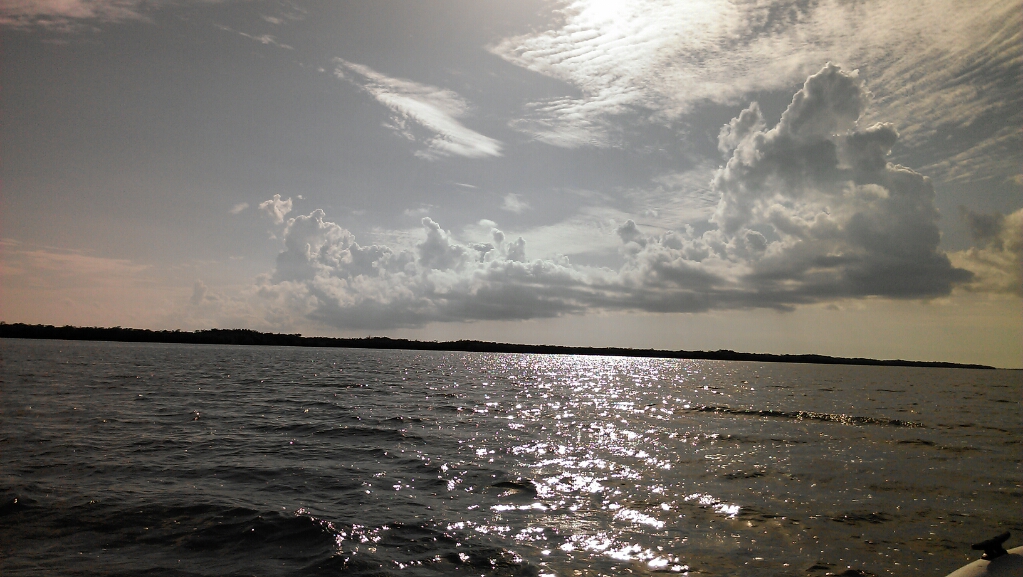 Even through a temporarily smudged lense... 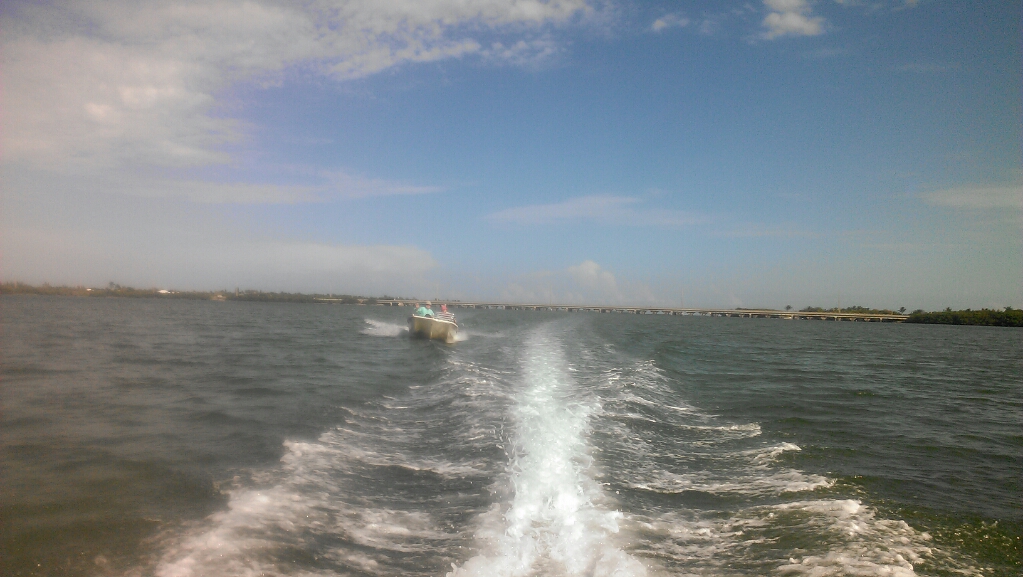 We weren't alone on the water: 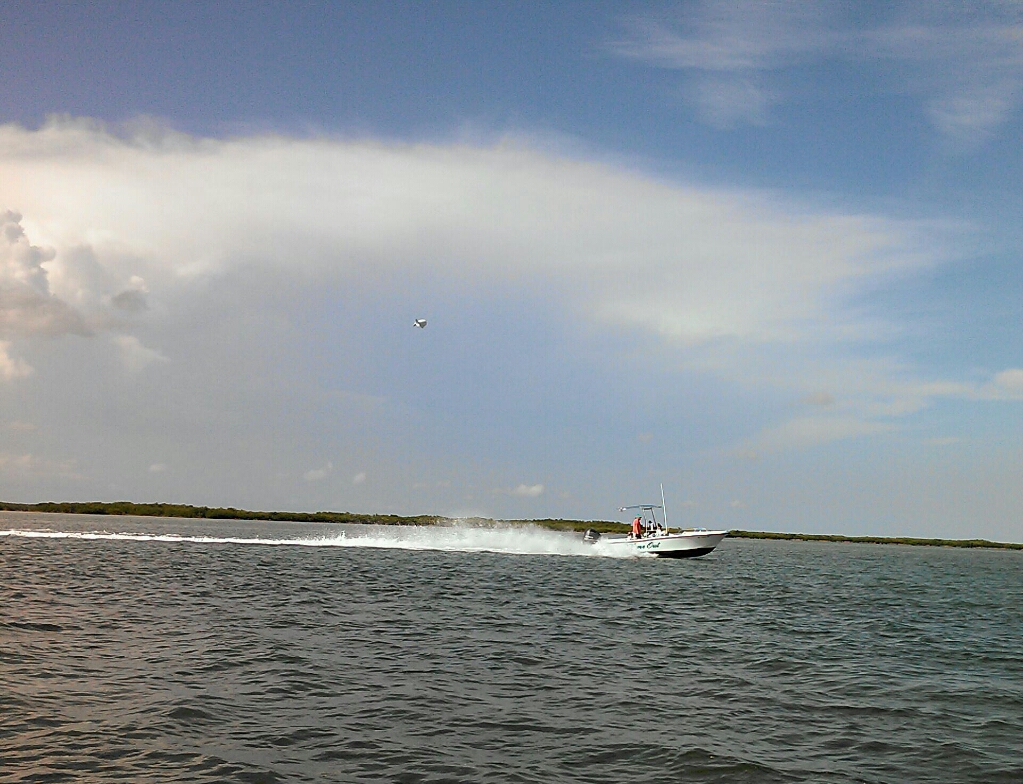 And then it happened, my engine died. We fiddled and faddled and faffed around but there was nothing for it, the trip to tarpon belly Key was off. Bugger. We rafted up the two boats side by side and pointed our bows for home, Robert's elderly outboard pushing both boats. This was my boat NOT moving under it's own propulsion: 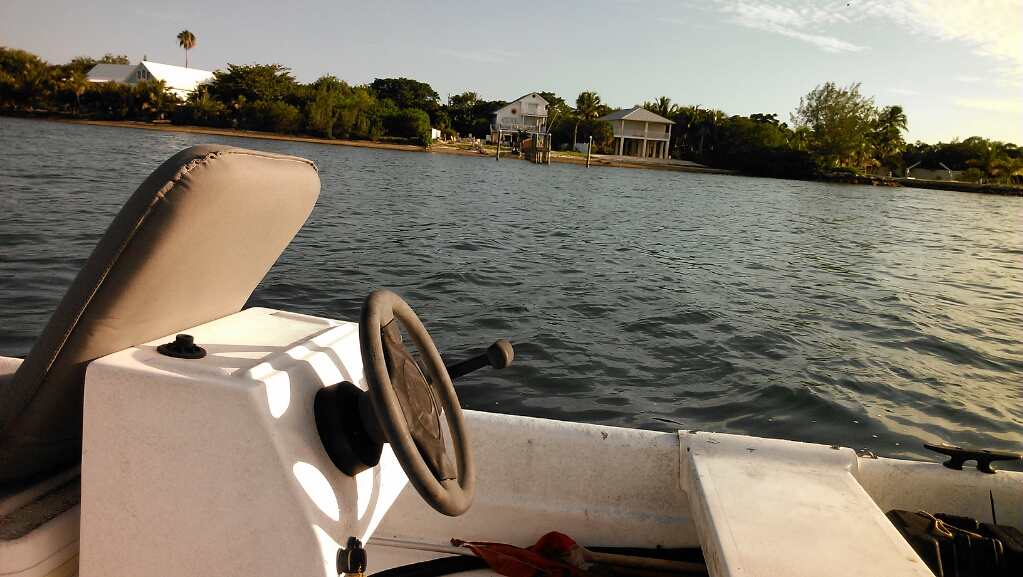 The women made themselves comfortable with lemonade and cushions while I took a  turn at the helm (blue job) trying to stay focused on our target the distant Highway One bridge to the south of us, the bridge that separates Cudjoe from Sugarloaf Key. At waking pace under a warm Florida  sun Bow Channel was looking good, for those awake enough to see. 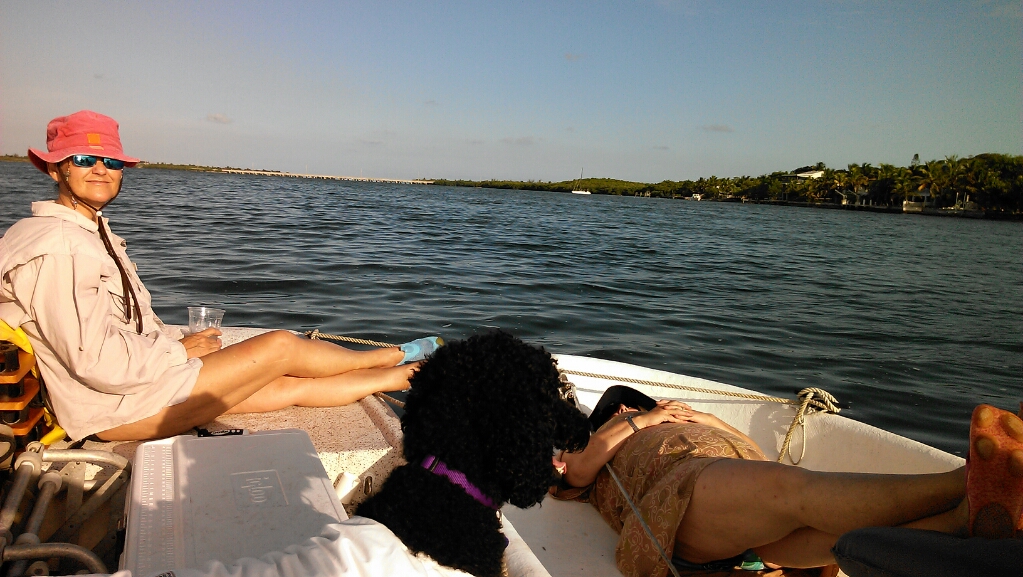 Robert passed out drinks, homemade lemonade and sodas, and our improvised catamaran made its stately way south as we pondered the shallow waters we had run into on our way north. There was  supposed to be a deeper channel cutting through the mangrove islands to let us slip through to the east where we could get to Kemp Channel. However even before the engine died we had  been hitting really shallow water. Hmm, wonder where the channel went? 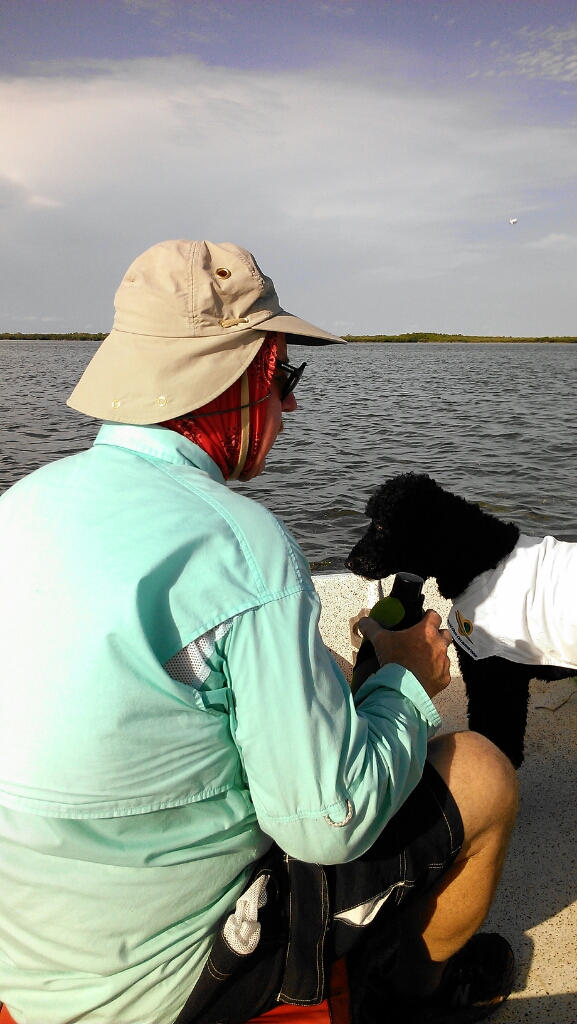 Robert and Dolly's young dog was having a blast hopping around, checking for flying fish and watching the world go by. Salty Dog kept hopping back and forth between boats fascinated by everything. I loved watching him treat boat life as normal, drinking water when offered, eating a cookie, laying down, completely confident that our raft was not going to sink. Fearless dog. We left Cheyenne at home as it is really too hot for her this time of year. 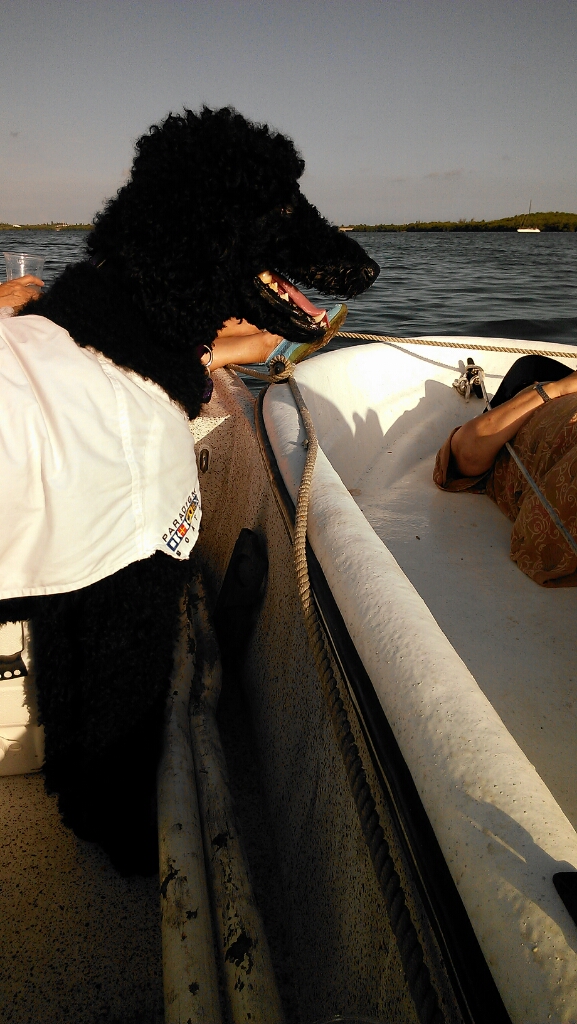 Dolly was having a good time, Tarpon Belly or not. 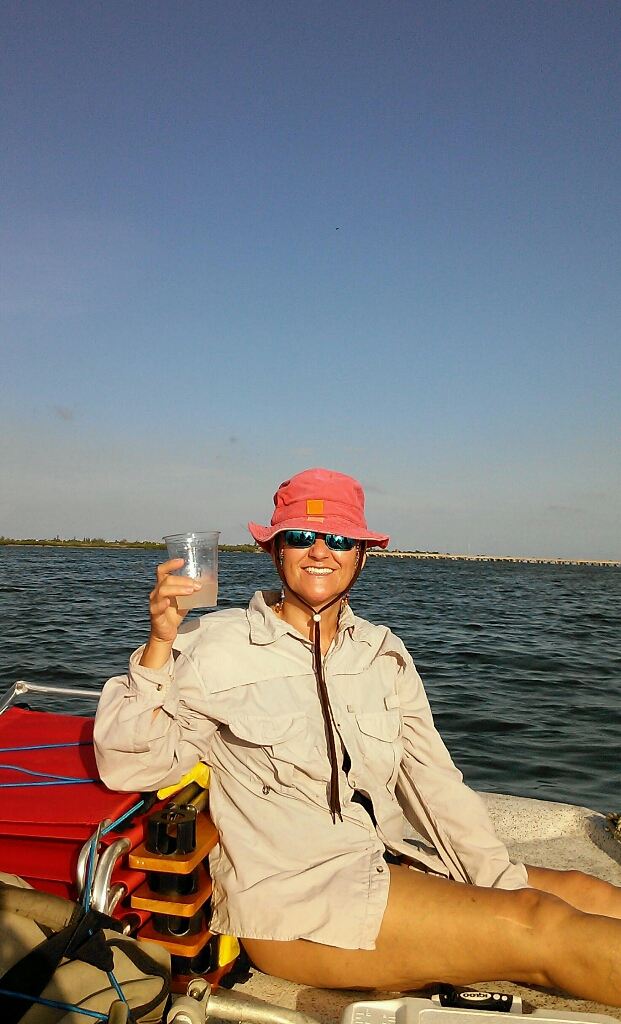 Robert took the tiller after a while as we slowly puttered down the channel. I'm not sure how long it took us but time passed very pleasantly as long as I didn't think too hard about my broken engine. I figured there was a fault in the fuel delivery system and the thoughts were racing through my brain... 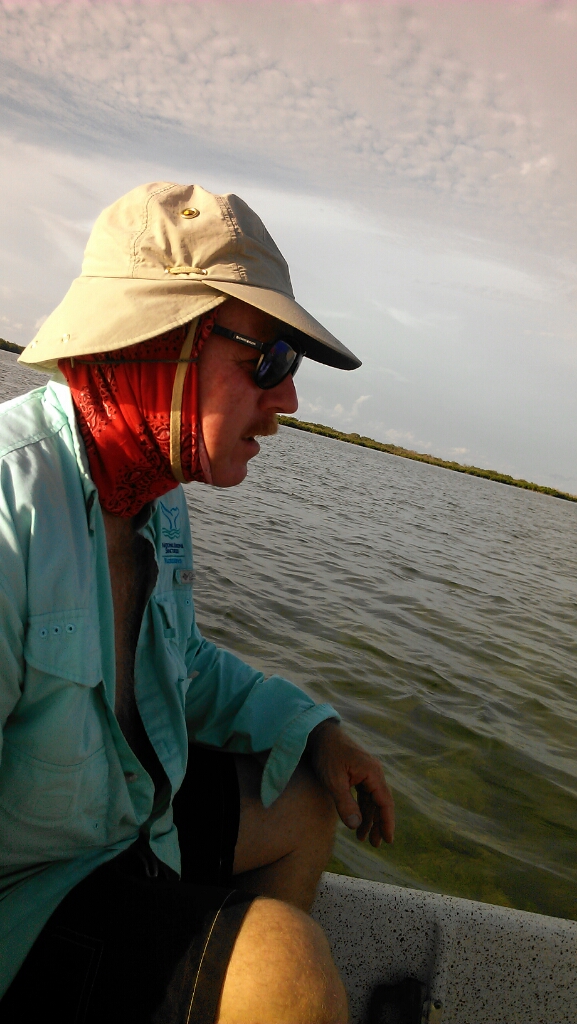 The big question was would we be able to fit through the old Flagler arches, built in the early 20th century, which used to carry the railroad. 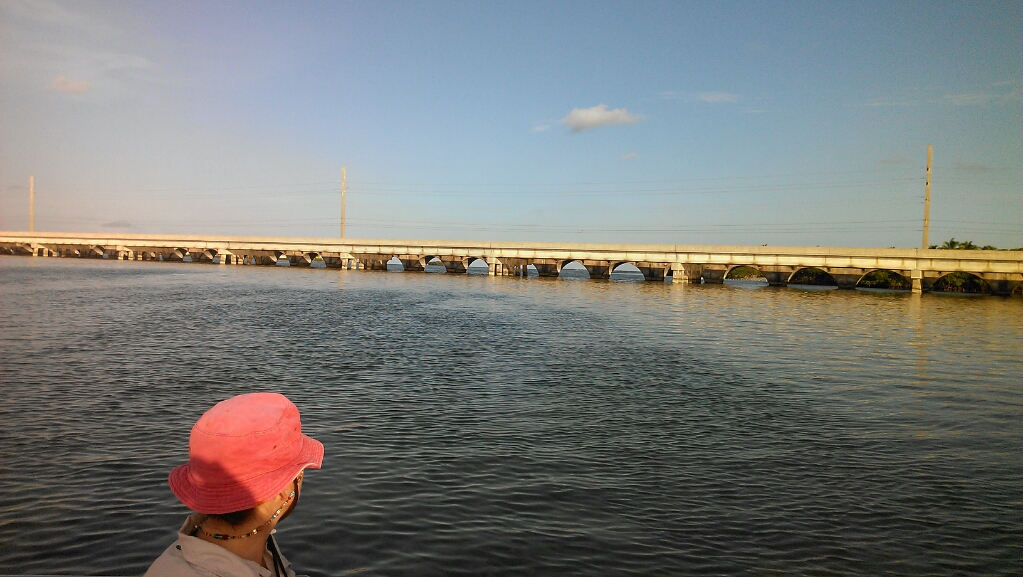 It turned out we fit with room to spare. Above Dolly's head you see the modern 1982  highway and the white pipe which carries water from the mainland to Key West. The old pipe, the smaller one was built in 1942 to supply the military during World War Two. 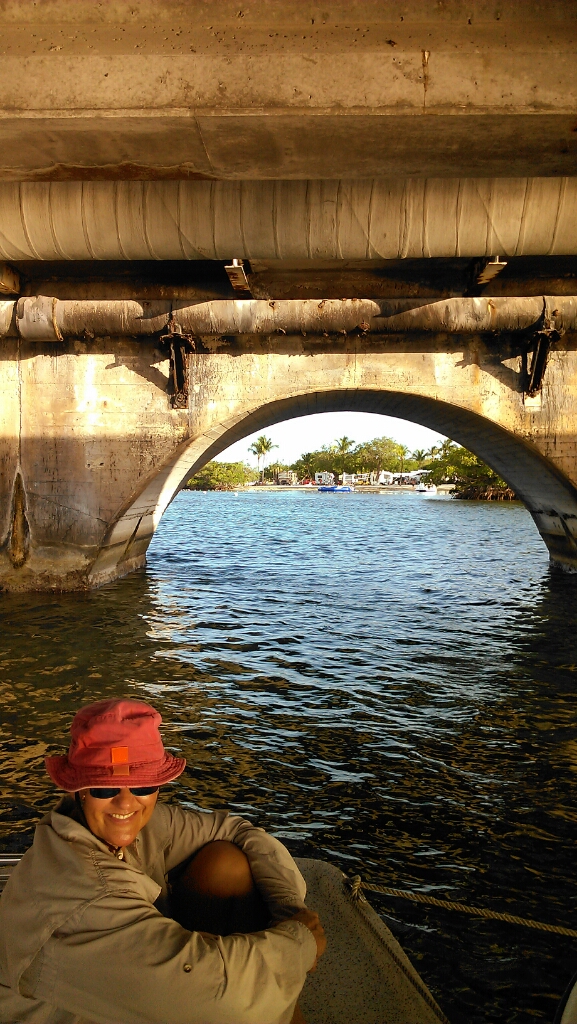 Off to the left was our destination, by now an arm's reach away... 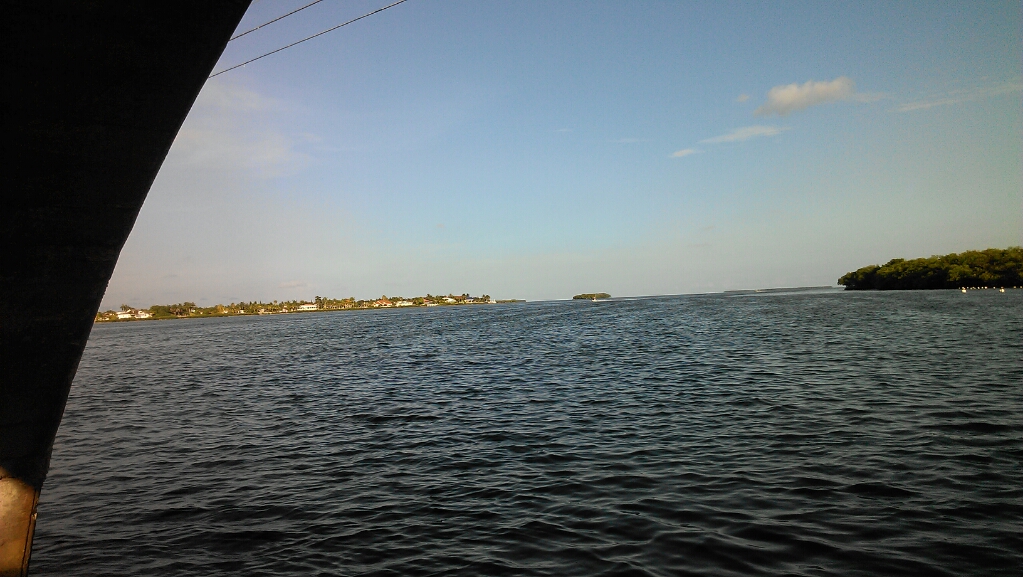 Back at the dock the women prepared the barbecue (pink job) which we should have eaten off paper plates on a  deserted beach...while Robert handed me tools and parts which we tried used to solve (blue job) the fueling problem on the cursed Yamaha. It burped, it fired up it died. Curses! 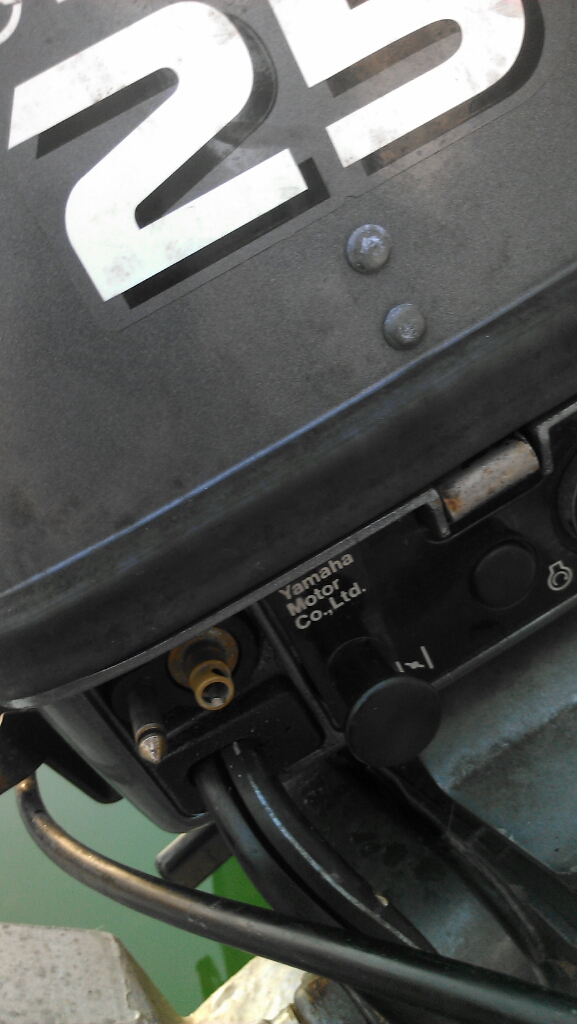 I joke about pink jobs and blue jobs, a term my wife and I used when sailing from California to Key West a long time ago. Life on a sailboat seems to lend itself to traditional role splitting which was funny for my formerly career oriented wife and odd for who has never been very conventional in my approach to relationships. I noticed on this more modest boating trip our roles reverted to pink and blue jobs. Odd that. 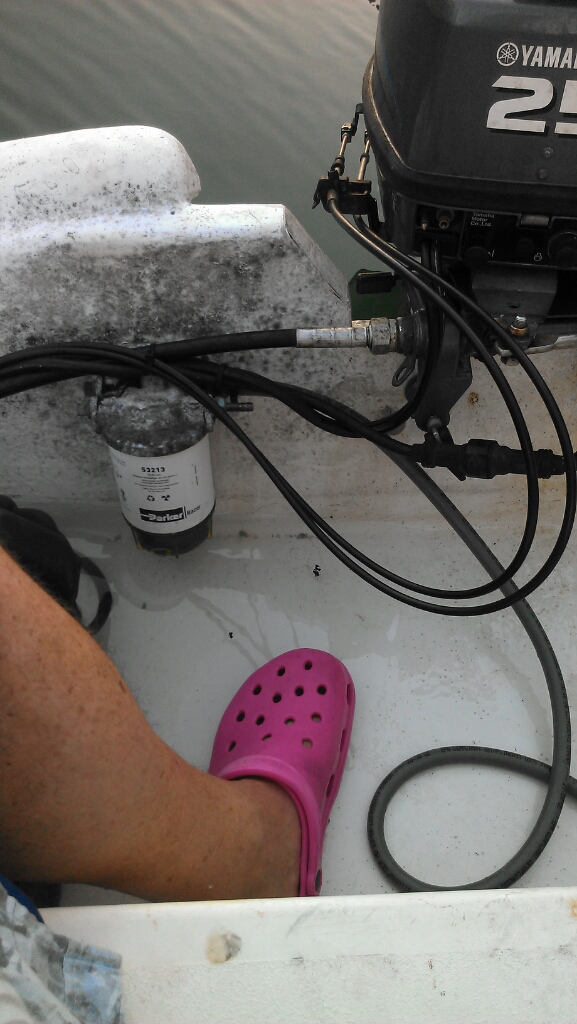 The sausages were excellent, the silverware perfectly civilized and we all promised that next time we would make it all the way. 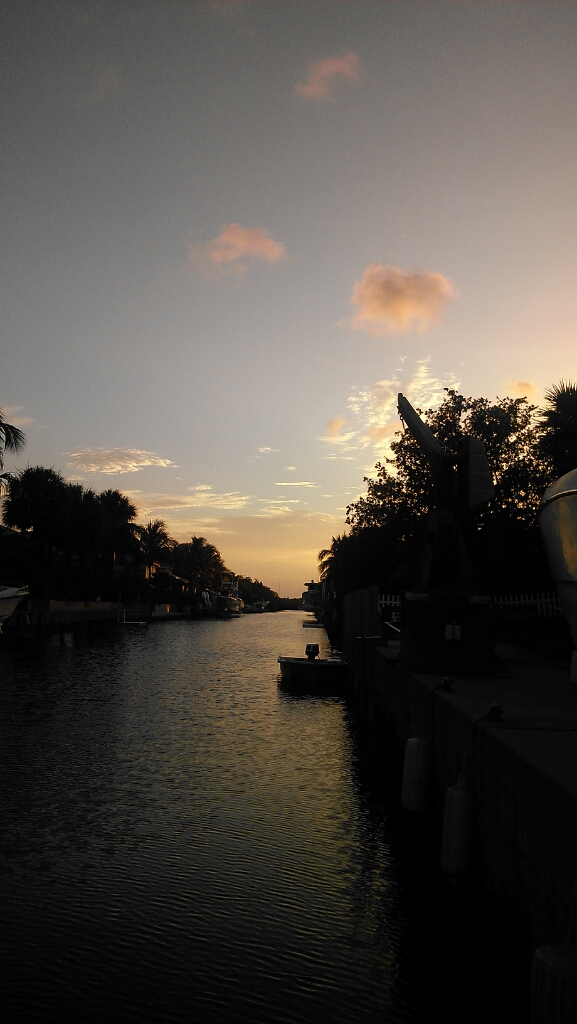 This was just a  minor setback. At least we have plenty of time and Robert has infinite patience with this stupid motor. Not a bad place to break down, not at all.
Posted by Conchscooter at 12:00 AM 5 comments: