St Augustine Is Not Key West

I'm not completely sure what the symbol of Key West might be; possibly the Southernmost Buoy thing, or nothing more complex than a palm tree hanging over a fictitious beach. St Augustine uses the lighthouse and calls itself the Nation's Oldest City. The lighthouse is on the barrier island not in the city like Key West's lighthouse. Besides its a good deal bigger. 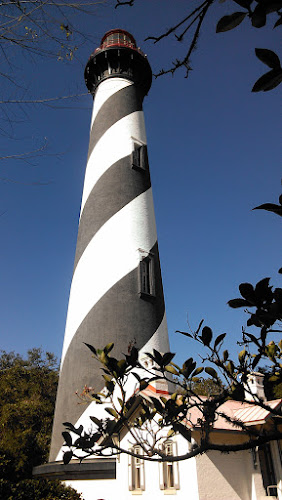 They are proud to tell you when you fork over your ten bucks for adult admission that there are 219 steps to the top. I took their word for it and stopped counting after three. The view was quite attractive. The small collection of buildings on the horizon over someone's granddad's shoulder is the city of St Augustine. 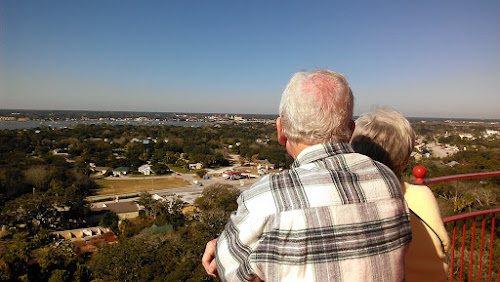 Here's a close up, or as close as my Android phone would go...notice the absence of guy wires to keep inquisitive faces inboard, such as they use in Key West. The docent at the top told us people, even adults do lean over and spit on people below. Yeah, even adults behave like cretins in St Augustine. 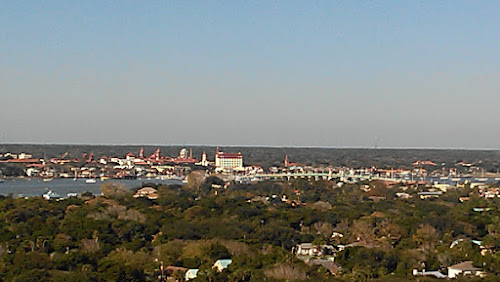 In the other direction we see the long beaches of the Atlantic Ocean. A docent explained that forty years ago portions of the island didn't exist and it has been rebuilding itself ever since. Unlike the Keys it's all sand around here and sand is mobile unlike coral and limestone rock. 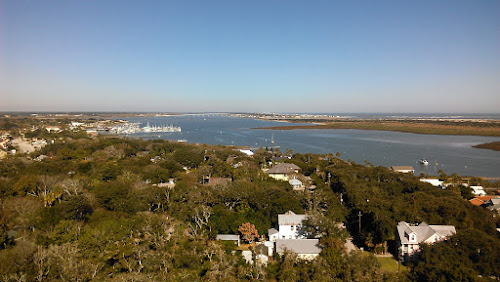 The shorter building with which I am familiar - Key West Diary: Lighthouse - shows views of city streets because it's located right on Whitehead Street, views that are interesting but not quite so far reaching as those around the St Augustine tower. 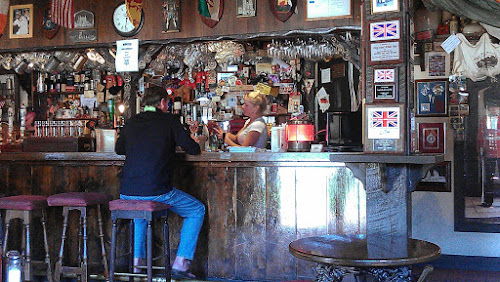 I am quite fond of Finnegan's Wake in Key West, despite the intrusive addition of televisions with stupid sports coverage so when in St Augustine we hunted down a similar pub for purposes of comparison. The Kings Head is reputed to be the best and certainly the most authentic built by an emigre 25 years ago to recreate a piece of "home. 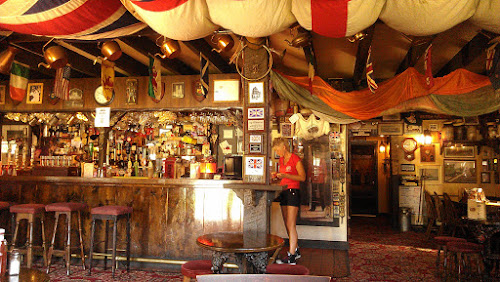 The owner's daughter was visiting from England, tanned and bronzed like a local and she served us sausage rolls and a Scotch egg as authentic as anything English. Pub food at Finnegan's is a cut above. The Treacle Tart she made was superb, served with a dollop of custard, a custom Finnegan's could learn to imitate. 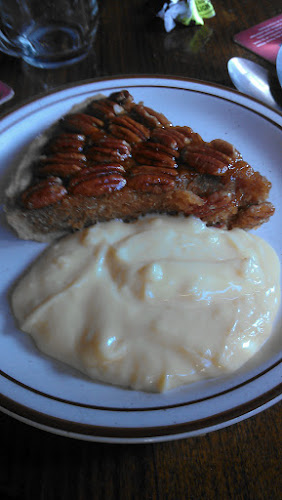 The selection of beers was okay but neither Boddingtons nor Smithwicks were available. Score one for Finnegan's and Key West! Plus Finnegan's has more comfortable seats...Besides all that, the Kings Head is fifteen minutes north of town on Highway One. Back in town St Augustine has the Spanish fort on the waterfront with a nice big lawn. 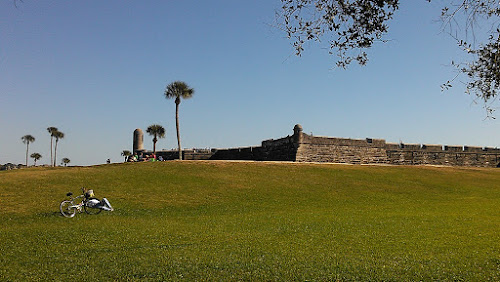 Fort Zachary in Key West is a much more interesting park with varied surroundings. However I was happy to see a few bums asleep in the grass on the day after Thanksgiving. St Augustine is a much smarter cleaner town than Key West, let's face it. Drunk bums harassing tourists here would get short shrift I'm thinking. 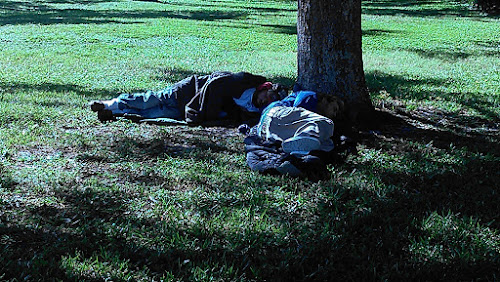 It's an annoying cliché but all the cleanliness and organization of St Augustine leads me to suspect that perhaps life might be a tad boring unlike Key West where jollity and drunkeness rule downtown. Perhaps I'm old enough to be bored by Irish Kevin's and Ricks and the five dollar hustlers at the schlock stores downtown. 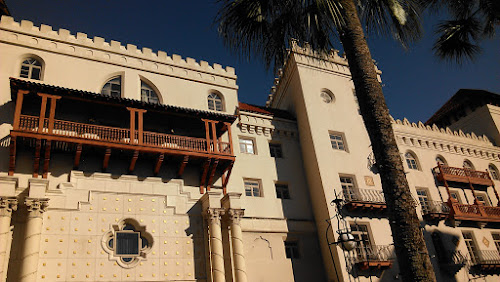 The weather is not what a Key Wester would call warm necessarily in winter. I saw frost one morning when I was walking Cheyenne in a field next to the hotel. That's cold by my book. There is no waterfront except the Intracoastal Waterway a muddy tidal river which is a good deal less appealing than Keys waters. The ocean near St Augustine is classic Atlantic Ocean waterfront with waves, tidal rips and immense sandy beaches. 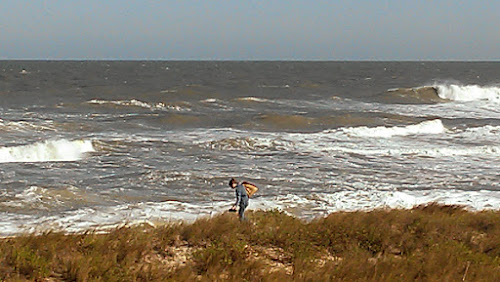 St Augustine is tourist friendly. I've never seen the American way of tipping explained in a restaurant in Key West. Check this out and ask yourself why the Key West Chamber of Commerce can't get it's well paid shit together. 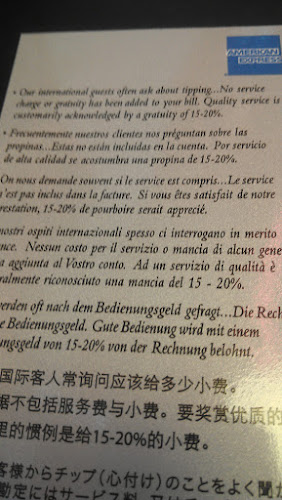 Remember that in Key West the uneducated barflys call visitors "tourons" which is a combination of tourist and moron, and these people boast about their attitude on their public bar stools in Key West. I don't relish gentrification but it's a bit of an eye opener when you get off The Rock and see how other people do it. I liked St Augustine and I think I'll be back but I still prefer living in the chaos that is, but doesn't have to be, Key West.