I get to see a great many sunrises around here as I my shift ends at six am and I am home being assaulted by my dog promptly at 6:30 am, and who expects in return to be taken on a walk. So when my wife was at a family reunion and I had no one to hold us back I took Rusty to the old Bahia Honda rail bridge to watch the sun go down. 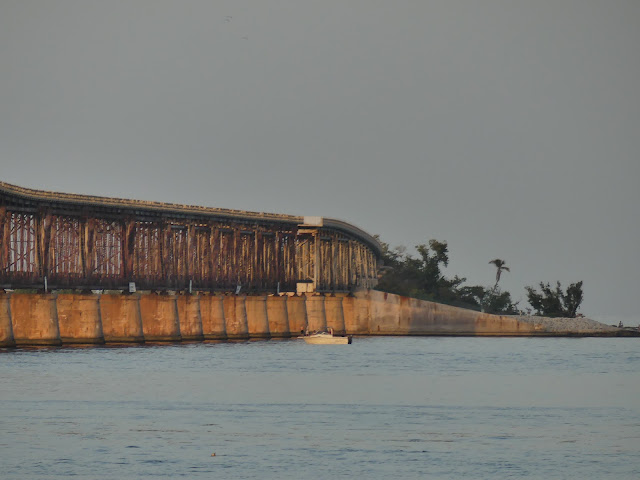 Or, more accurately to admire the effects of the setting sun on the landscape. This bridge has been around for 107 years but the state of decay is such I wonder how much longer it will last. It could have made a fine bicycle path. 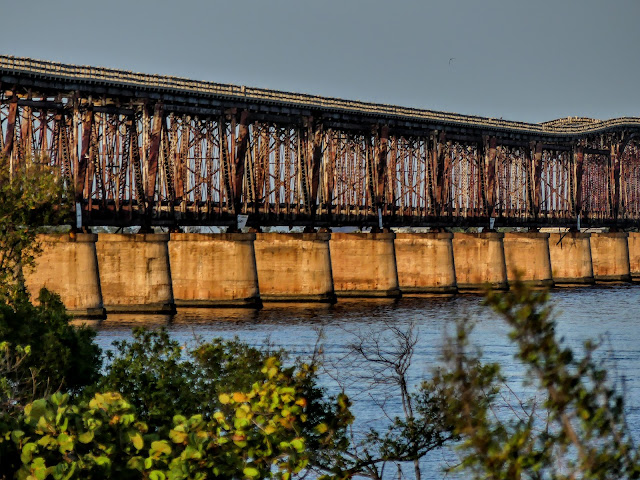 This was Rusty's third walk of the day - I get bored when my wife isn't home, what can I say? 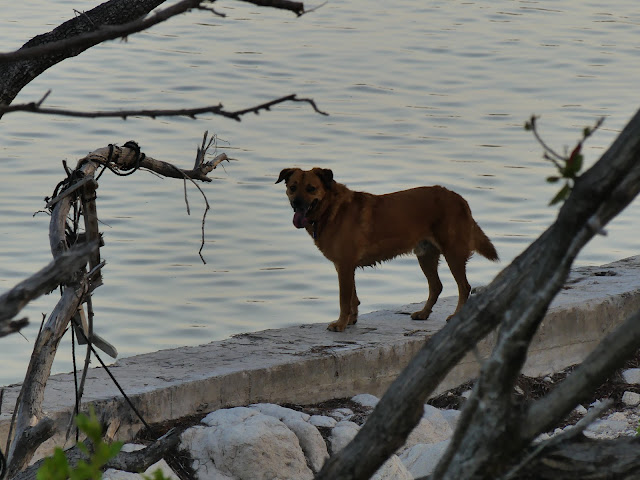 And he was busy tracking iguanas, a few of whom have survived the devastation brought about by Hurricane Irma which wrecked their habit and killed most of their food. 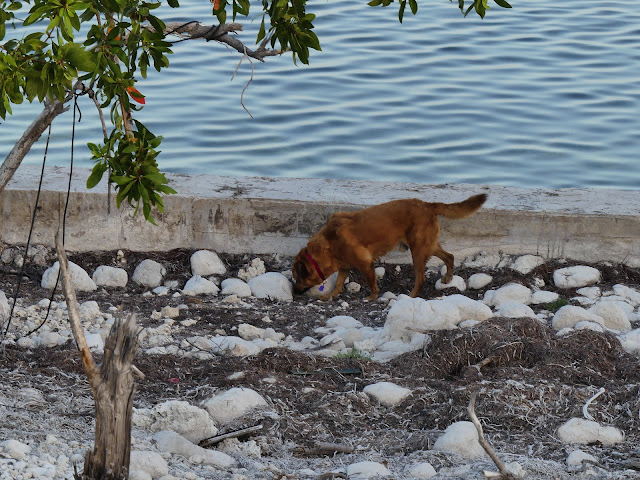 Rusty used to be a determined hunter when I first got him three years ago but the life of the idle rich housed dog has blunted his killer instinct and these days he likes to trace smells but actually chasing iguanas is a little too jejune for such an elder statesman. He enjoys watching them scuttle and he will pursue them languidly just to show he  is still able. But his heart isn't in it. 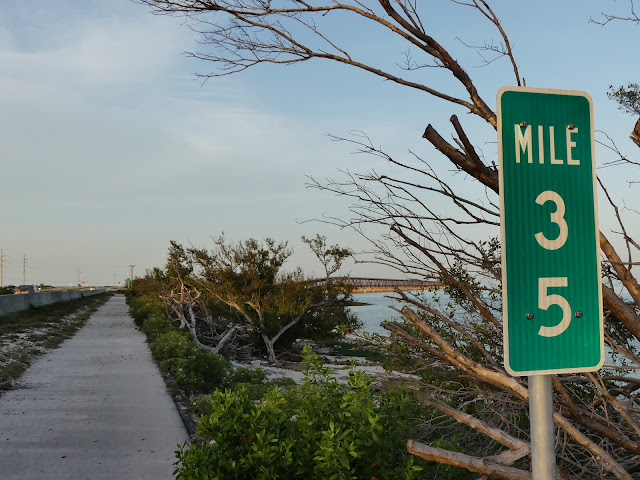 Sunset stillness on the water: 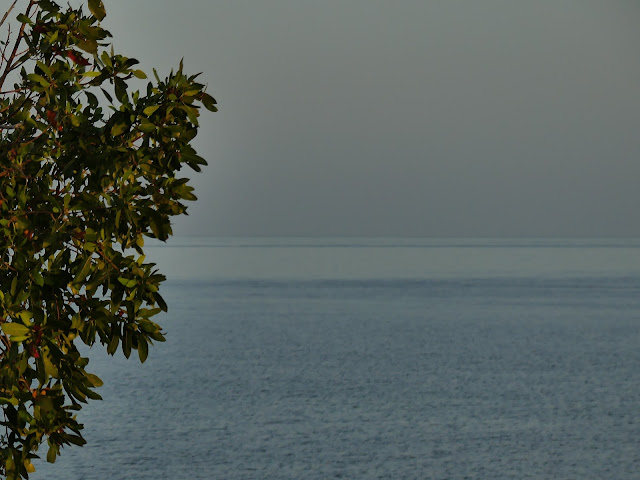 While he lived on the streets of Homestead chased by angry farmers and shot at, pursed by larger dogs and beaten up he survived by his wits and his ability to catch dinner, until the nice ladies of the dog rescue put out food for him. Nowadays his life is a bit different. 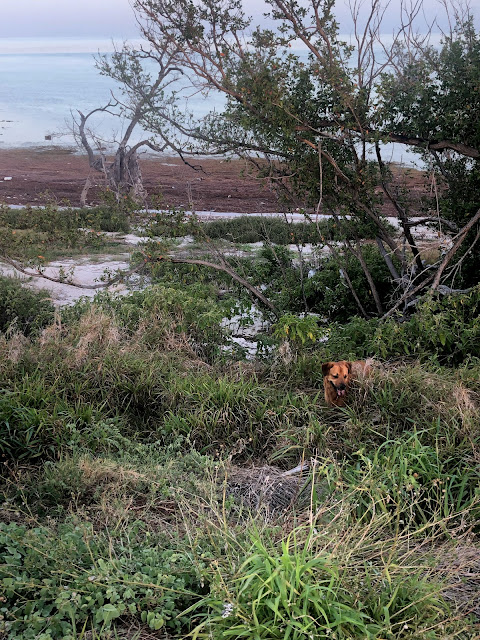 Mine is too as he requires a fair bit of exercise. 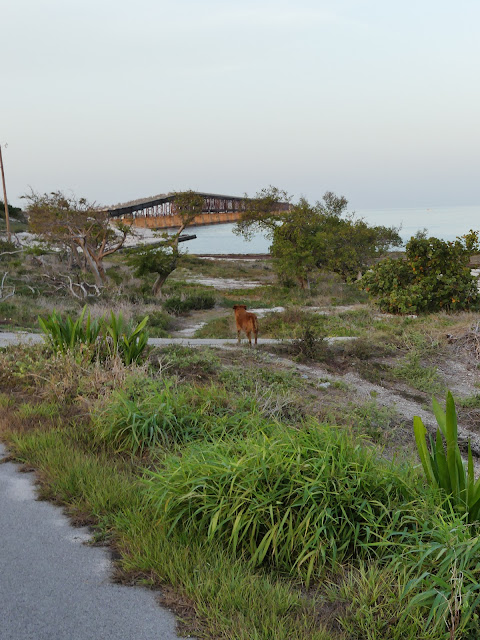 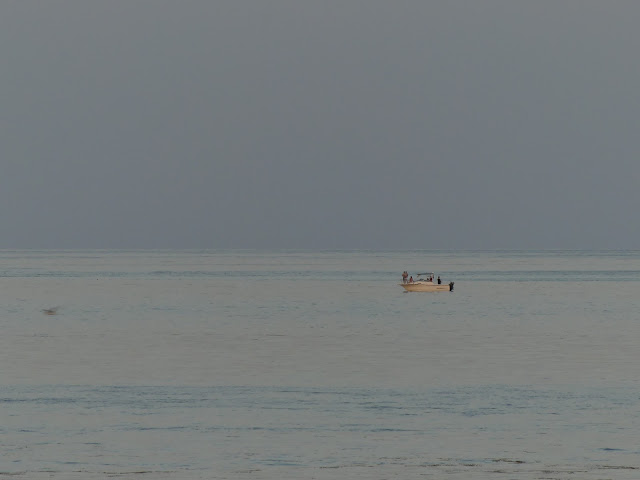 We stumped back to the car and  sat there by ourselves watching the darkness encroach until another car pulled up. 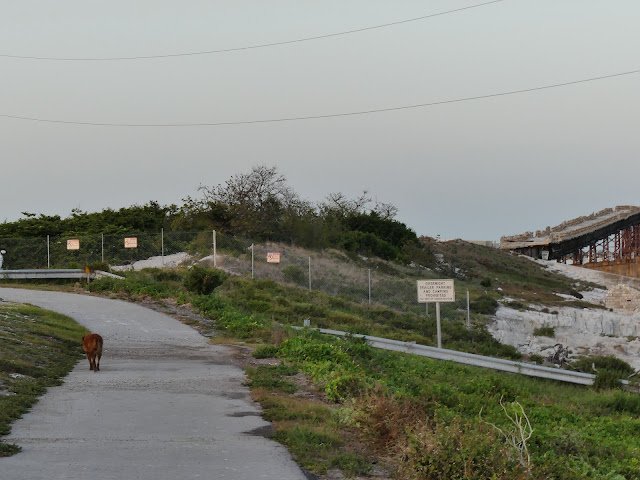 That  fence has only just gone up but I have a library of pictures from many many walks taken up to the edge, including with Cheyenne of fond memory: 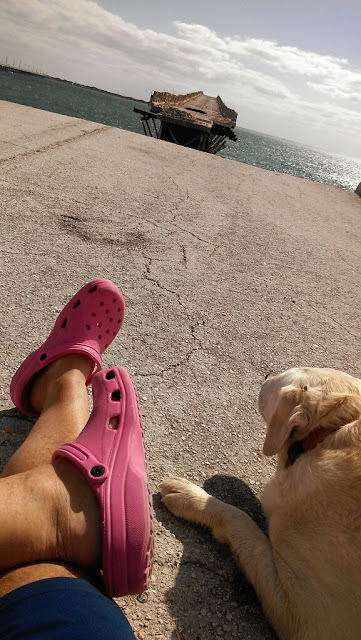 The occupant was a former park ranger at Fort Jefferson and we talked as one tends to, about hurricanes as we looked at the devastation caused by Irma. How green it was here before September 2017: 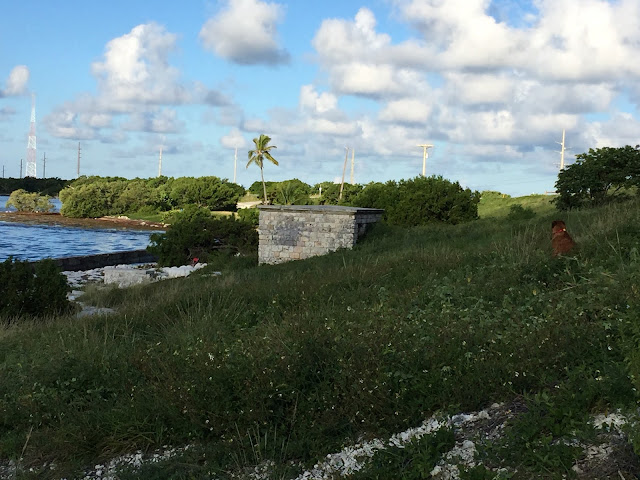 The ranger enjoyed taking cover at his work site where they had water and electricity and thick brick walls to keep the storm at bay. Now he lives in Big Pine enjoying retirement and exposed to the storms' fury. Rusty listened intently. 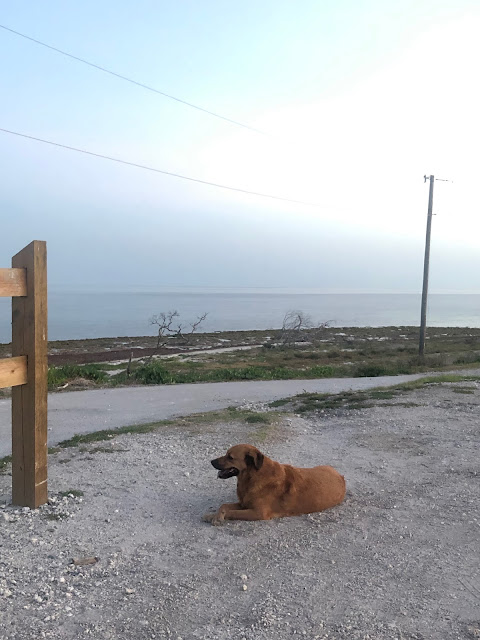 And so we wait for another hurricane season to pass and to leave us alone. Enjoying the sunsets as we go. 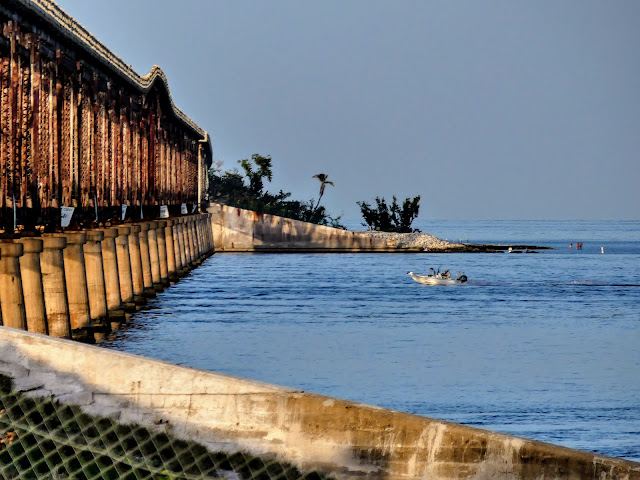