I feel this need to wander Stock Island and take photographs. The future of this place hangs in the balance as Key West goes deeper and deeper into gentrification and locks out more and more working people. 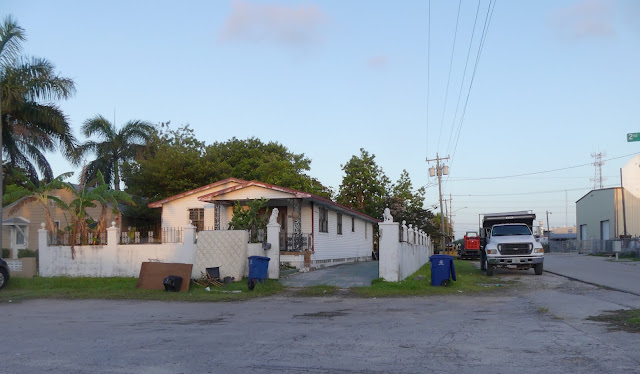 Stock Island is where some workers live, the ones not pushed further out toward Big Pine Key 30 miles away. This island is where light industry still hangs on, welding plumbing electrical shops, boat parts and scooter repair. 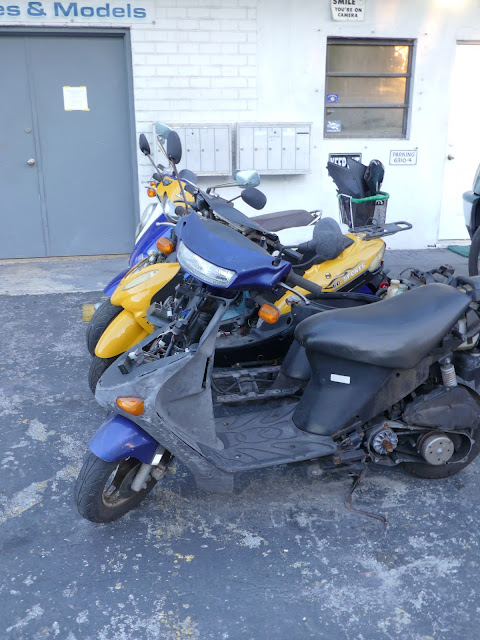 Housing varies between relatively modest apartments and run down trailers and a few areas where single family homes dominate, mostly in the Avenues which are the numbered streets on the west side of the island.. 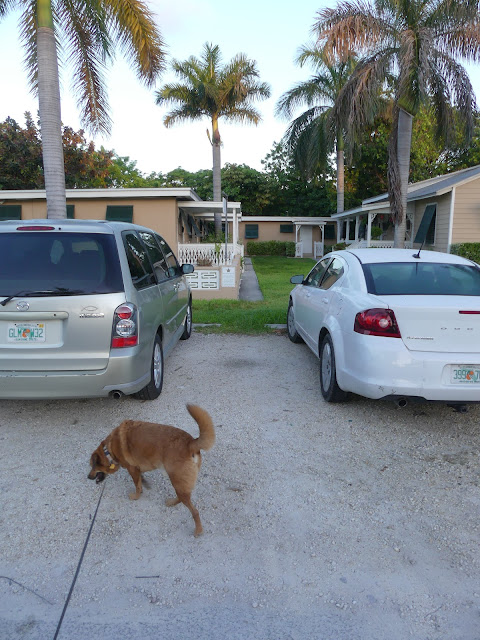 Chickens roam though I was surprised to see this sturdy rooster loose when there is a powerful trade in roosters for illegal cock fighting. 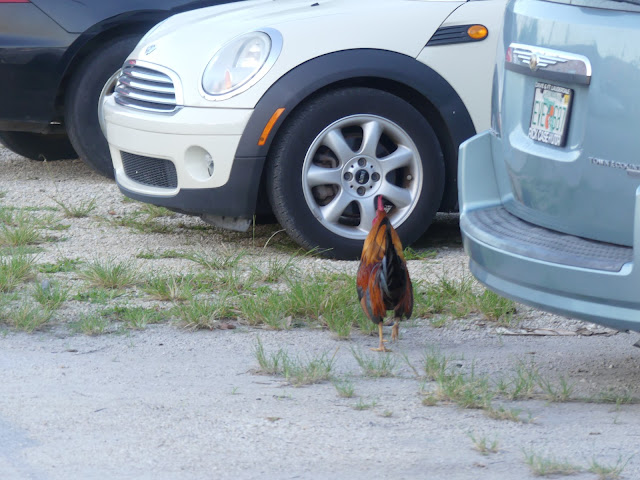 Walking Stock Island and wondering how long things will stay this way is fruitless but I can't help but think that this lot will be replaced by hotels and shopping and so forth. A few years ago the newspaper showed how Stock Island was sold in huge swathes to developers. Not much has happened yet but I'm sure change is on the way and spare sheet metal and household fixtures lying around are bound to contravene some future beautification ordinance. 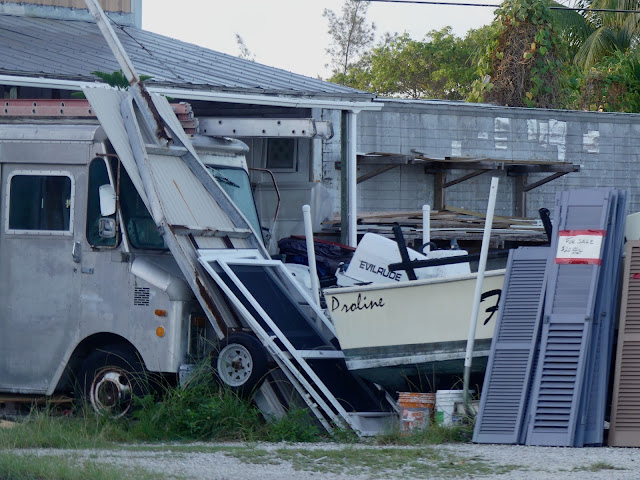 Nice  big spikes seem to be a useful reassurance around here: 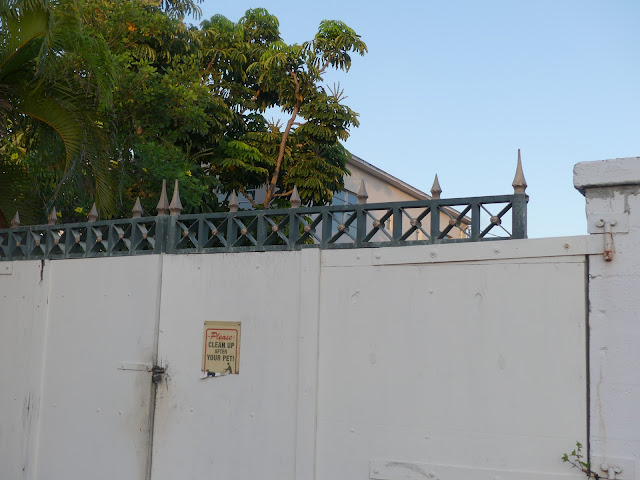 Look what they pulled out of the ocean, some giant anchors. 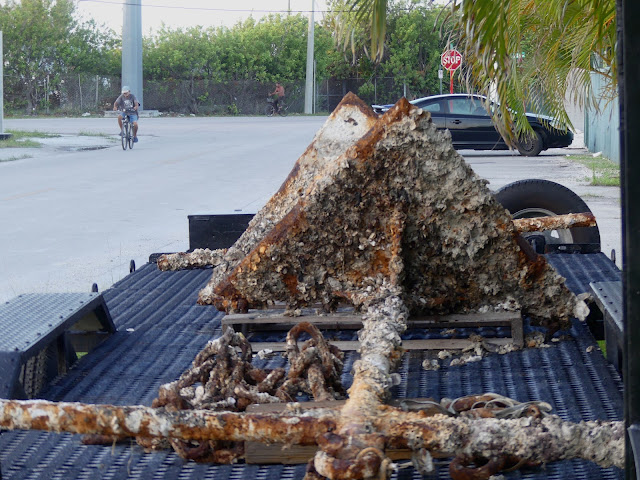 Stock Island is urban all right but it's not incorporated so sidewalks and landscaping are nowhere to be seen. Some crazy people in Key West sometimes make noises about annexing this place but I can just imagine how excited everyone would be if they had to get their boat trailers off the streets- trailer parking isn't allowed on Key West city streets. 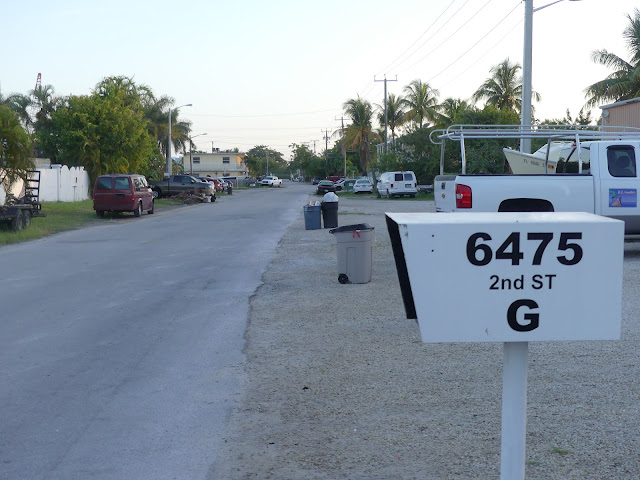 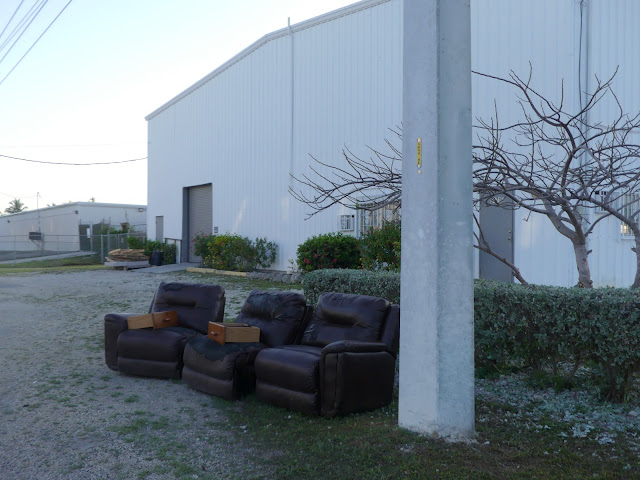 Low income house looks like it has a toe hold here. I wonder how the hotels will build around this: 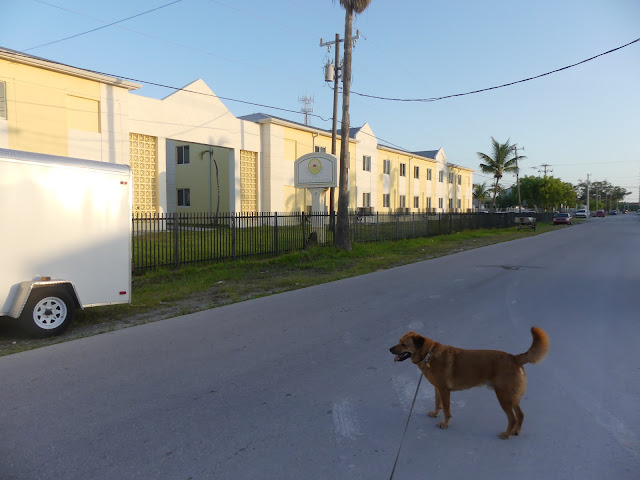 Stock Island  will be this way for a while, hard scrabble and working class. 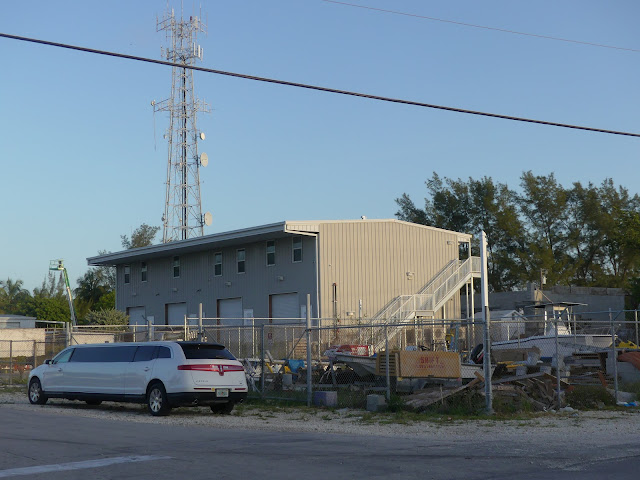 But things are starting to change, a couple of hotels some new places to eat and we can see the start of a new chapter being written here. 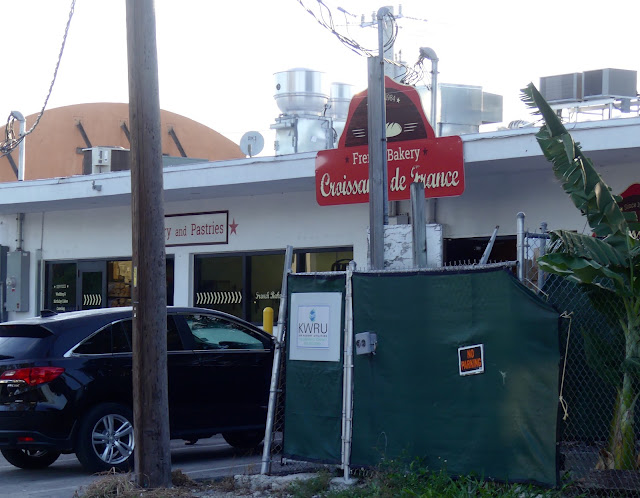 All I can do is keep walking and trying to record "the good old days..." which is now.
Posted by Conchscooter at 12:00 AM 2 comments: