I saved these pictures from last week as I knew I would be coming back from Mouseland, back to work last night and I didn't want my blog to fail to meet the inexorable deadline as I get annoying messages mixed in with the spammers if fresh pictures don't appear at midnight. 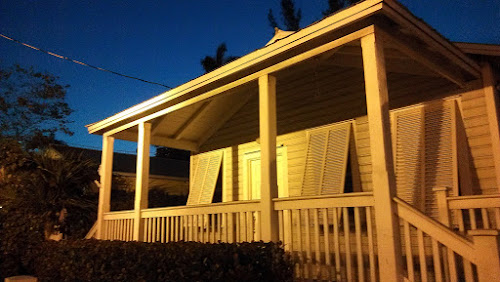 I have been thinking about Disney in the 24 hours since we left Orlando and drove home. I guess in the end all I can say is that to expectbDosneynto act as an agent for change is simply expecting too much. My sister in law explained her attraction to the place simply enough. She likes that it is clean and organized and she wanted to pass on to her grandchildren her own mother's pleasure in the place. Apparently my late mother in law loved Disneyland without reservation and her daughter has some nostalgia on the subject. The odd thing for me is that my sister in law has traveled widely, seeing more authentic poverty and misery than almost anyone you know, and yet the lack of authenticity at Disney didn't bother her a bit. Not one bit. She is a woman who works hard in her daily life to live mindfully, a physician who struggles to find meaning in life through mysticism and who lives frugally to the point of driving me crazy sometimes as I am a wastrel, indifferent as I am to money as long as there is enough of it... Yet she happily paid for us to get the family together and she herself funded the accommodations by attending a time share seminar! Did I mention she is frugal? Yet Disney enchanted her, in it's simplicity and lack of nuance. 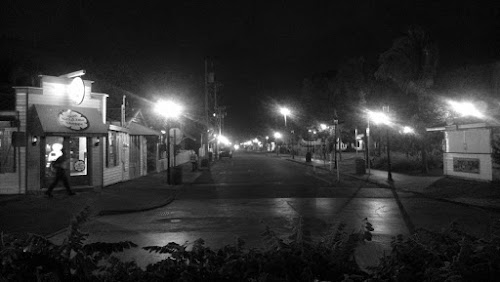 I looked at the few corners of Orlando that we drove through and I thought to myself that this is the authentic modern Florida. Key West in its scruffy approach to life is still a throwback to the Florida of hardscrabble poverty, of disorder and inability to subjugate nature. The neat lawns, trimmed trees and clean sidewalks of the outskirts of Orlando stood in sharp contrast to what I see on the streets of Key West, and all I could feel was a certain sense of worry as I wondered what Key West would feel,like if the developers get their way and make my hometown look like Orlando. Key West has weird shit, like an adult businessman who calls himself Kermit, dresses in green and waves a Key lime pie at passers-by. And when he isn't doing it in person he runs a video of himself doing that in his store window. 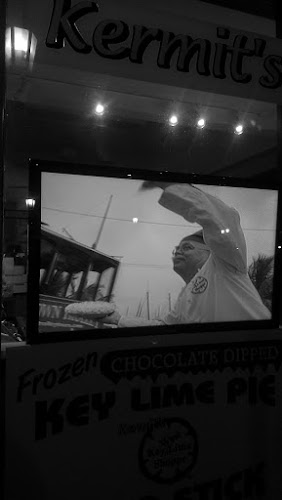 Disney offers visitors food but spicy and hot aren't on the menus. Key West sells visitors bottles of pepper sauce that threaten to burn their rectums, I kid you not. Some of them taste that way too. That's an authentic experience if you fancy it. The fact is though that tens of millions love the Disney experience and it seemed churlish to me to criticize the park for not being what it does not purport to be: educational. If it has any pretensions to educate the rides go by too fast, the information is superficial and the statistics are too dense for any normal,visitor to memorize. That being said I credit Disney with sticking to science and proclaiming the Darwinian view of development and the non-Biblical science of the Big Bang Theory and for supporting their gay employees. 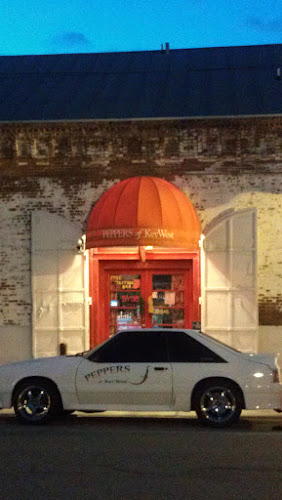 In a world where packaging is too prevalent and where choices are limited by our insatiable demand for everything now and seasons be damned it's hard to fault businesses for responding to the expectations of their customers. I suppose we should expect our corporate leaders to realign our expectations with reality but if Dismey were to sand up and announce the era of cheap oil is over and we should all kiss our high gasoline lifestyle goodbye I doubt anyone would care except they wouldn't go back to ride the mouse that dashed their unrealistic expectations. Key West has the same dilemma on a similar scale. How can we live a locavore's lifestyle if the only local food we have is grunts and grits and the grits have to be imported? It is unreasonable to expect people to travel to this corner of the nation and then tell them sorry we are fresh out of vegetables, have a canned carrot. So restaurants import stuff in cans and boxes and on ice and call it good. 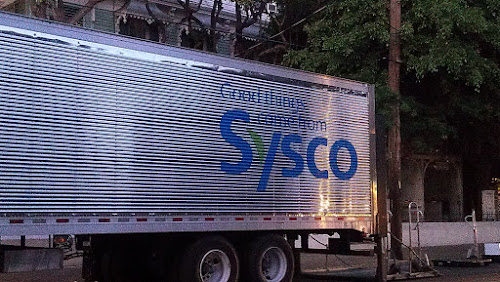 I live pretty much half way between Marathon and Key West, the only two towns with fast food outlets in them. Yet I find fast food wrappers on the streets of Big Pine every single time I visit the largest community in the middle of the Lower Keys. Why? Because people want fast food and they will transport it thirty miles or at least the wrappers before dumping them in the streets. You can tell people fast food is bad for them and we have lots of locally owned eateries to choose among and yet the news that Dunkin Donuts is back in Key West is on everyone's lips. Joy! Real doughnuts are back in town. 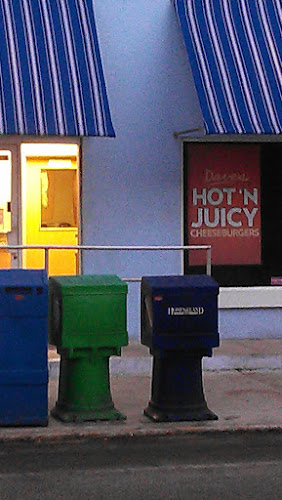 It's like Disney to me, I can take it or leave it, the fast food, the rides, and if other people want it let them have at it. I know Climate Change is real and things are going to change no matter what skeptics tell us. Yet the subject fills me with hopelessness when it comes to acting on the assumption. I'm not sure what to do. I can't abandon the practice of burning dead dinosaurs and it would be annoying to prattle on about it'll the time. I have adopted the attitude that I hope for the best while hoping that the worst will come after I am dead. That seems rather inadequate but for e it's about as good as adopting prayer as an answer. 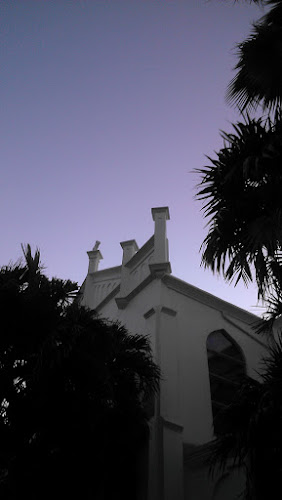 And in the face of it all I have my endless summer in a pretty place that yes, may be threatened to some degree by rising oceans and increasing human demands on the infrastructure, but for now is actually a pretty nice place to be, and that perhaps should be enough. 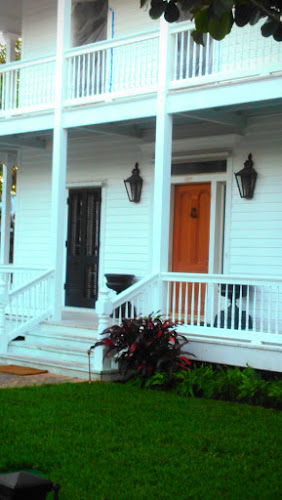 Cheyenne was massively delighted to see me when I got back from two and a half days away. She desperately wanted my attention which she got, and a walk which she did not. I had to go to work in fifty minutes and there wasn't time to walk my beloved hound and spend time with her as she wanted. 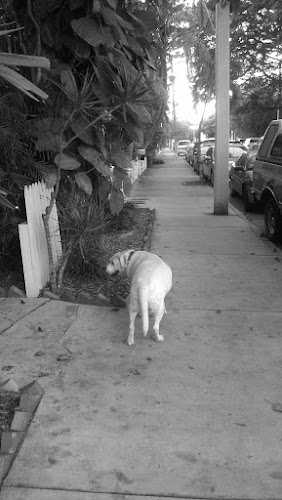 But walks will come and for her that's pretty much it. I doubt she is too fond of Disney as that was the reason she and I were separated but For her each new day is a new start with the promise of new exploration and more excitement. Now that I am at home I shall try to follow her example. Check out this leafy stuff for instance. Wild super abundance the like of which I saw in no one's yard in Orlando. Nor did I see such excess in the carefully modulated environments on the various rides in the amusement park. This is just foliage taken to excess, to someone's taste, pleasing themselves and anyone or no one else who sees this landscaping. 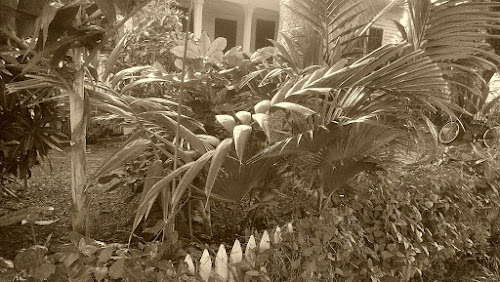 I suppose the order and certainty of Disney should be torn down to be replaced by reality but there again the parents I saw seeking solace in the park, the people smiling and not shoving, the orderly lines, the patience, and the absence of drunks despite the abundance of alcohol were all aspects of Disney we might do well to bring back home with us. 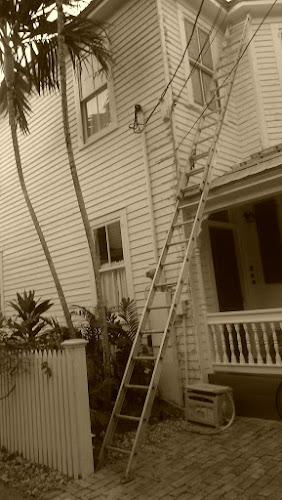 My nephews asked me after we took the Soarin' ride, simulated flight over the wonders of California, if I missed the Golden State after nearly twenty years residence there. My wife was quick to interject that she likes Florida, despite her upbringing in Palo Alto and her former home in Santa Cruz. For e the answer was more complex. I did get tired of trying to live up to the sectarians of a population where coolness is a daily requirement as rigidly codified as one's daily intake of vitamins. I like the lackadaisical aspirations of a town filled with people who try not to focus on the dreary routines they escaped Up North. California inspires envy and irritation in many people but for me I am very grateful for the years I spent there, where I learned to live and whose lessons have served me well in my travels. But we change with the passing of time and whence I'd have railed against the magic of Disney today I shrug my shoulders. Where once I railed against the vapidity of waste today I do my bit and keep recycling and shrug my shoulders when my neighbors don't bother. Perhaps it's a little bit of Key West seeping into my rigidly controlled outlook. Perhaps it's just age. 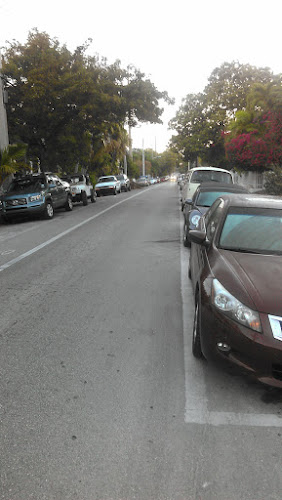 When we passed the Old Key West Resort a Disney theme hotel connected to the parks my wife joked about the notion of an Old Key West experience, hoping the guests enjoy broken air conditioning, weak plumbing, cockroaches and ants and the pervasive smell of rotting seaweed and stale cigars. She exaggerates I suppose but we both knew the old Key West was likely not any experience a Disney guest would want to pay big bucks for, especially as we few who do enjoy it would prefer to keep it to ourselves, warts and all, as visitors or residents.