It occurred to me, after resting for a while on the bench on the porch at the Custom House that people strolling past Clinton Square have no idea what  a controversial piece of land that once was. 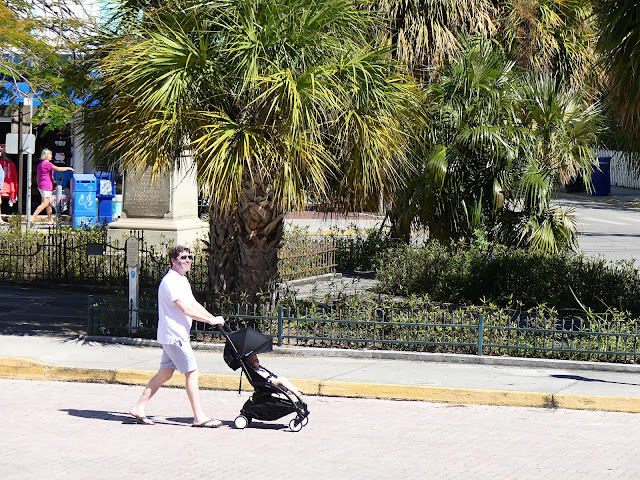 I don't know why it's named Clinton and it is a triangle not a square and it it is also supposed to be the home site of native son Stephen Mallory, of the nearby square fame. Mallory was a lawyer who became Secretary of the Navy for the losing side in the Civil War but in Key West that doesn't mean the waterfront named for him has to change names. No sir! 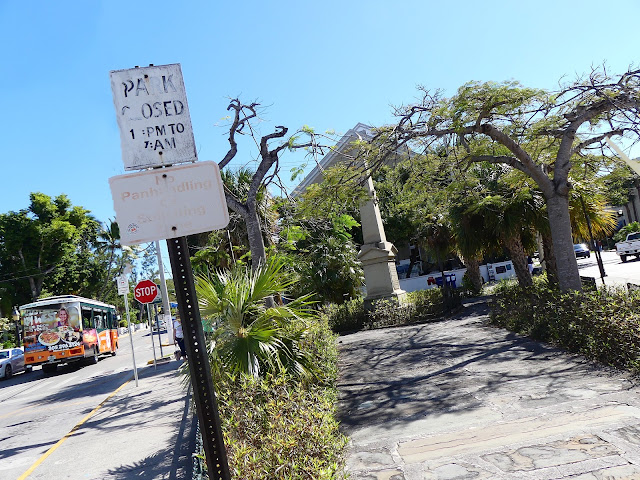 In any event the Navy Club of Key West decided to honor war dead with the column you see in the triangle, which move upset Confederate adherents who promptly built the fence around the column to memorialize their dead. 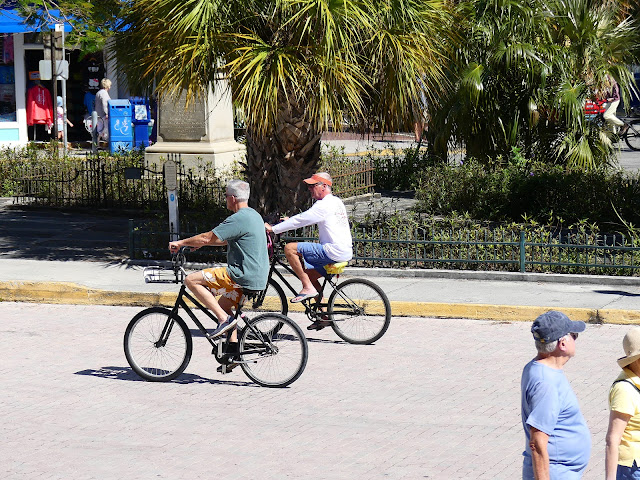 Call it a diplomatic victory in a town that was split between sides during the war. As I recently mentioned on this page the military detachment led by Captain John Brannan, by subterfuge secured Fort Zachary for the Union and thus Key West, that most Southern of towns remained with the North. 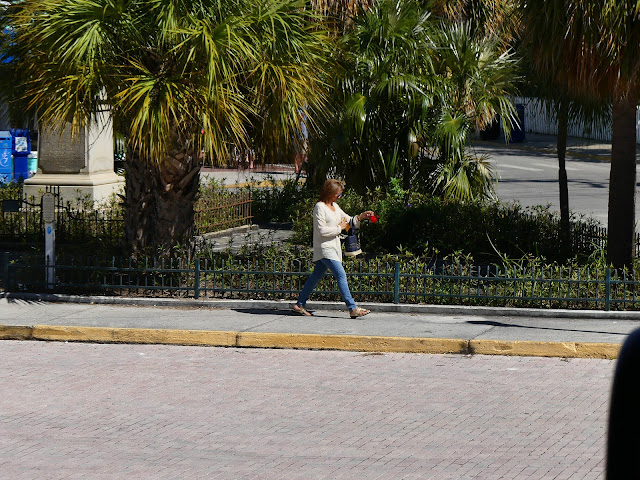 Which is not to say a great many influential people, and less influential too come to that, chose yet to support the South and so I suppose you could say they felt emotionally Southern but enjoyed the perks of  being on the winning side after the war. All these red hot emotions are encapsulated in this little monument and its garden and fence. 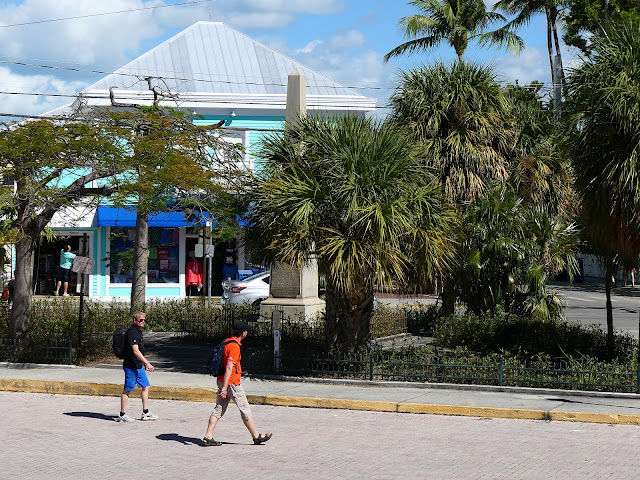 Yet if you look at Clinton Square next time you are here you will notice no one paying attention to the place. They walk by looking away. 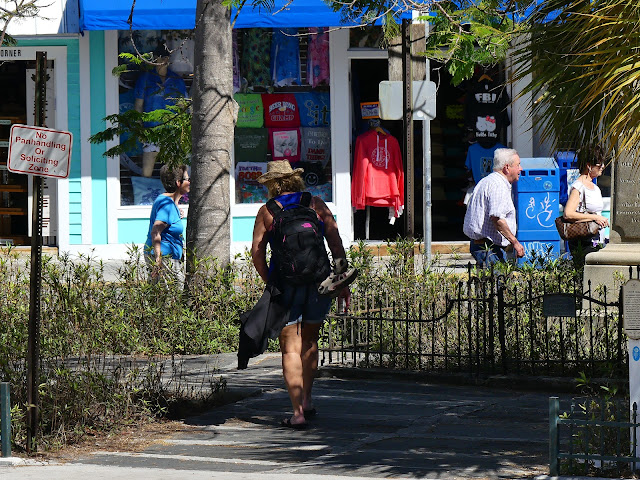 And there is a small sign explaining the story: 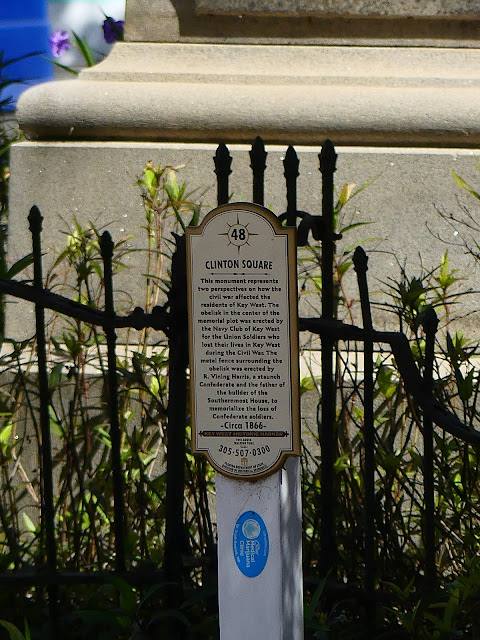 I climbed down from the museum preferring to struggle with the steps and handrail rather than winding halfway round the building on the handicapped route. However these two steps at the bottom nearly undid me. Surprising how hard they were to negotiate and I leaned heavily on my cane much to my surprise. 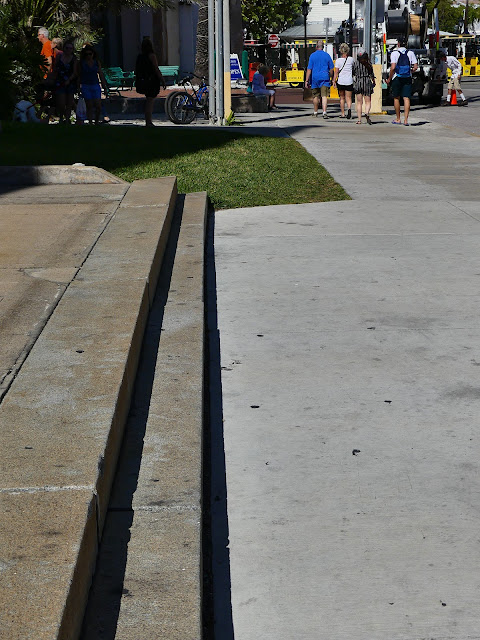 Stumping back to the car on Whitehead Street I passed the wall which holds up a  raised play area created from wasteland inside Truman Annex next to the old water tank structure. Ha! I thought. Finally I can get my camera at ground level thanks to the level being six feet up. 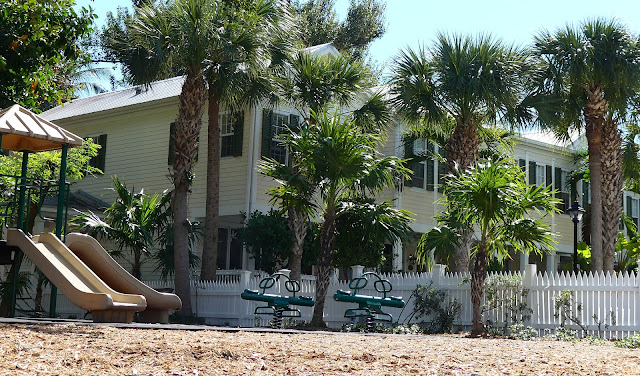 Not normally something I can do for the time being.
Posted by Conchscooter at 12:00 AM No comments: